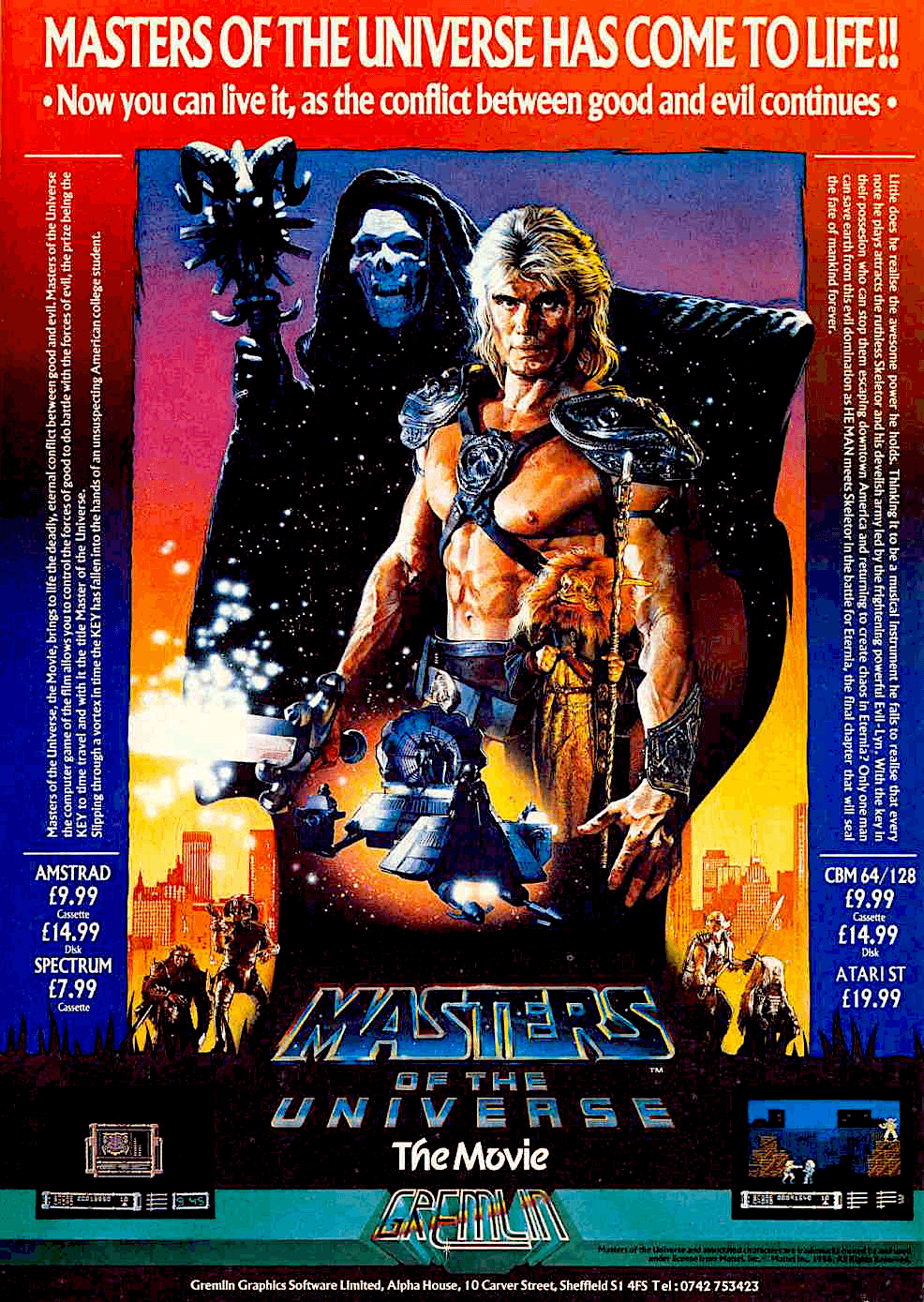 Description
The Cosmic Key has fallen through time and space and landed on Earth. Find it before Skeletor does or Eternia and the universe will suffer.

This is an adaption of the motion picture Masters of the Universe. You, as He-Man, must find the eight chords to the Cosmic Key. Along the way, you must fight Skeletor's minions. First, you fight in the streets and try to find a chord hidden in the streets. After you enter the scrapyard, you will meet and fight Blade and Karg to the death in a hand to hand beat 'em up to get another key. In Charlie's Electronics Store, you aim your cross-hair to shoot oncoming enemies who guard a chord. Later, make your way to the rooftops and fight a laser battle on a flying disk. After all eight chords are retrieved, go mano-a-mano with Skeletor in the final battle.

Trivia
A promotional photo of Dolph Lundgren as He-Man and Frank Langella as Skeletor illustrates the video game packaging. The MSX version of the game is titled Masters of the Universe.