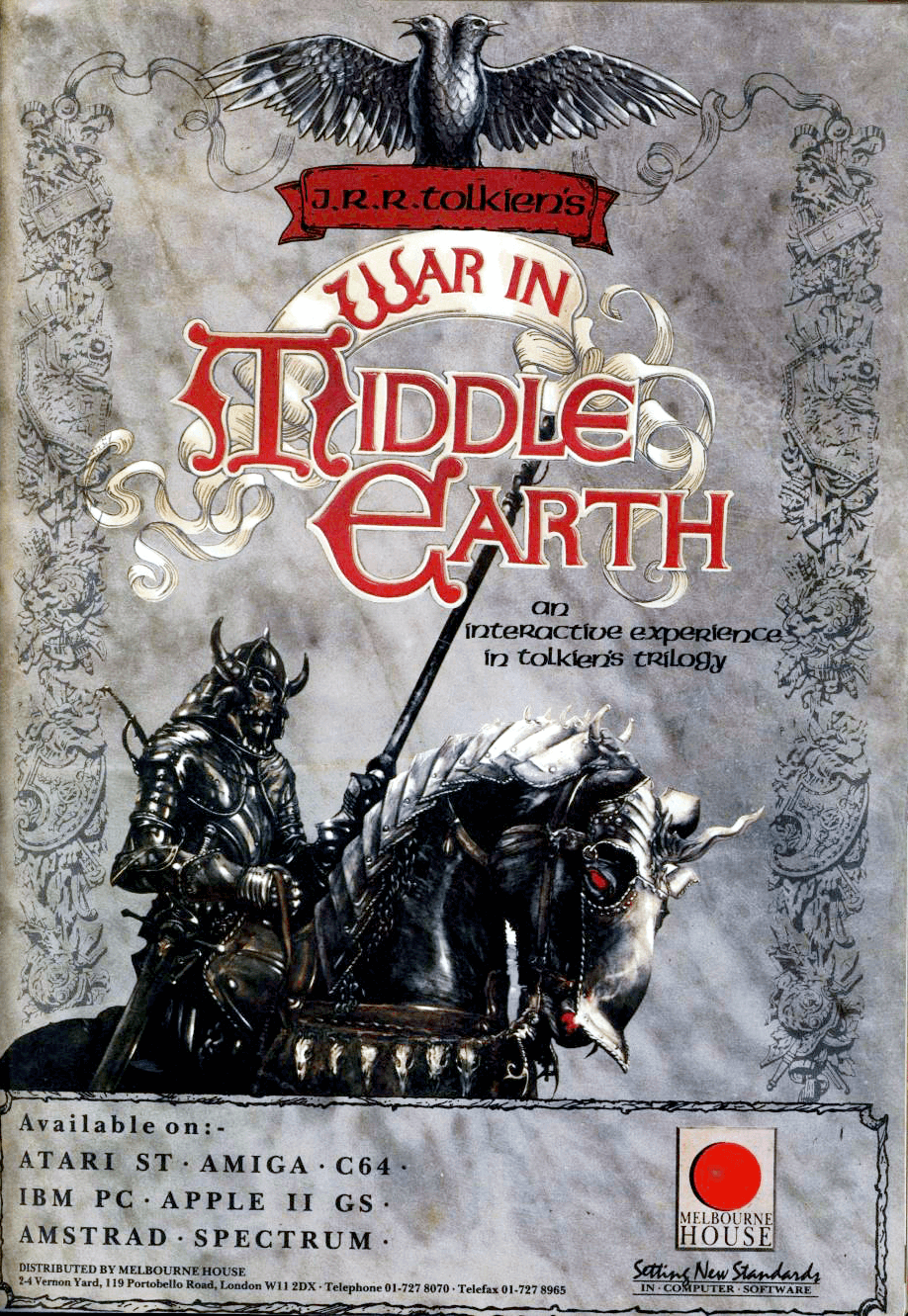 War in Middle Earth on 8-bit machines is a simpler version of the 16-bit game. It doesn't feature the questing and RPG aspects of the other title and is instead a pure strategy game.

The player controls the forces of good in the War of the Ring from J.R.R. Tolkien's The Lord of the Rings. The game begins with the Fellowship of the Ring just having formed in Rivendell and the hobbit Frodo Baggins carrying the One Ring. The ultimate goal of the game is to get the ring bearer to the cracks of Mount Doom to destroy the ring. The game is lost if the ring bearer is killed or corrupted by the ring's influence or if Sauron's forces capture the city of Minas Tirith.

J.R.R. Tolkien's War in Middle Earth is the 16-bit game with additional adventuring features compared to the 8-bit version, loosely depicting the events of the One Ring from the Shire to Mt. Doom. The game starts with the three hobbits: Frodo, Sam, and Pippin surrounded by nine individual units of Nazgul near the Shire. Although the first task is to travel to Rivendell, the player is free to decide how heroes and armies progress, despite the in-game conventional storyline.

Victory is attained by successfully sending the ring bearer to Mt. Doom - how this accomplished is completely up to the player. Additionally, any hero including Frodo may die during combat.

If the ring bearer dies during combat, a new ring bearer (if they survive the encounter) will be appointed to carry the One Ring. If the enemy gains possession of the One Ring is taken by the enemy, they will attempt to reach Barad-Dur, Sauron's fortress in the heart of Mordor, which will result in the player's defeat. The player will also lose if the enemy manages to seize three major allied citadels. 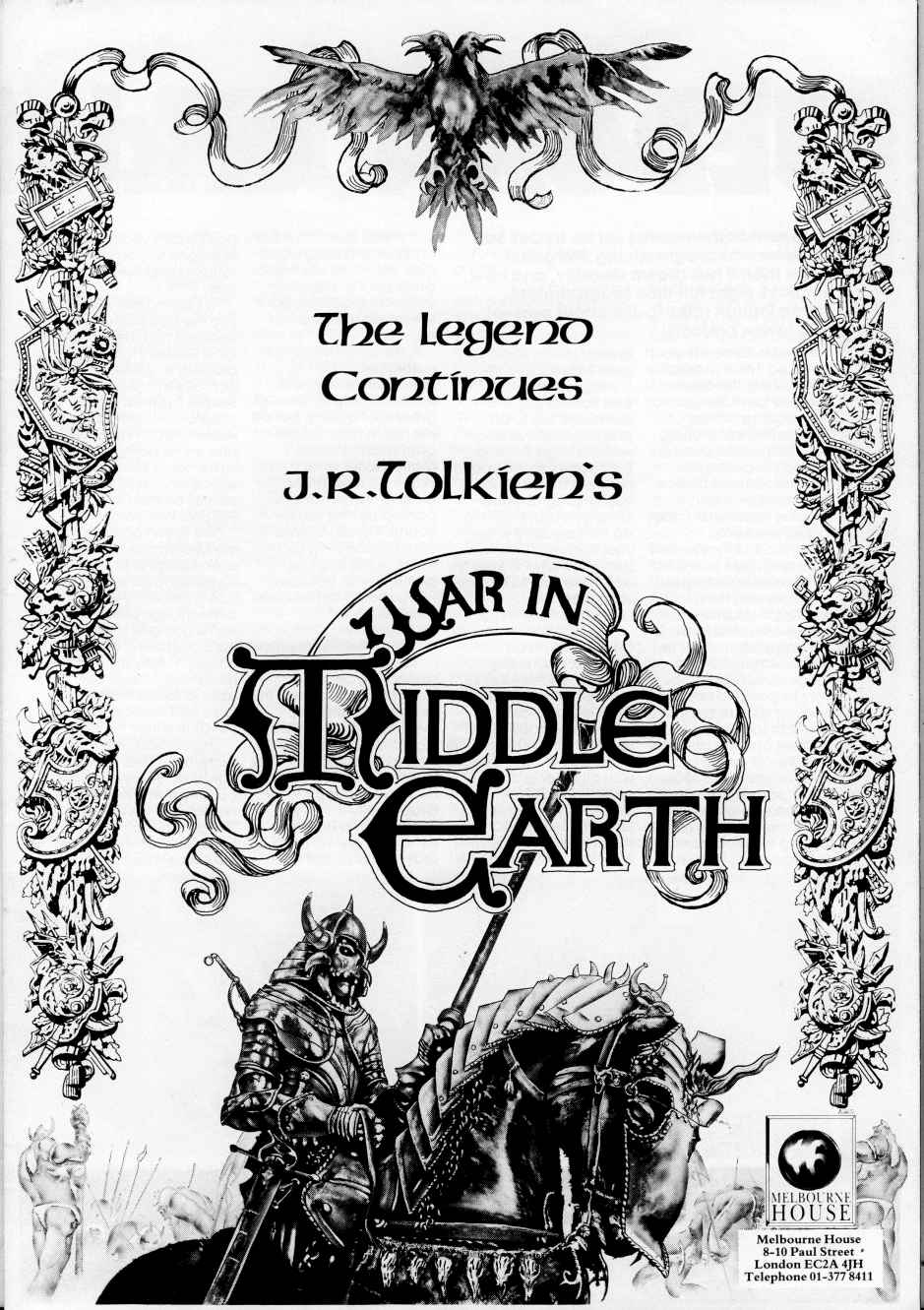 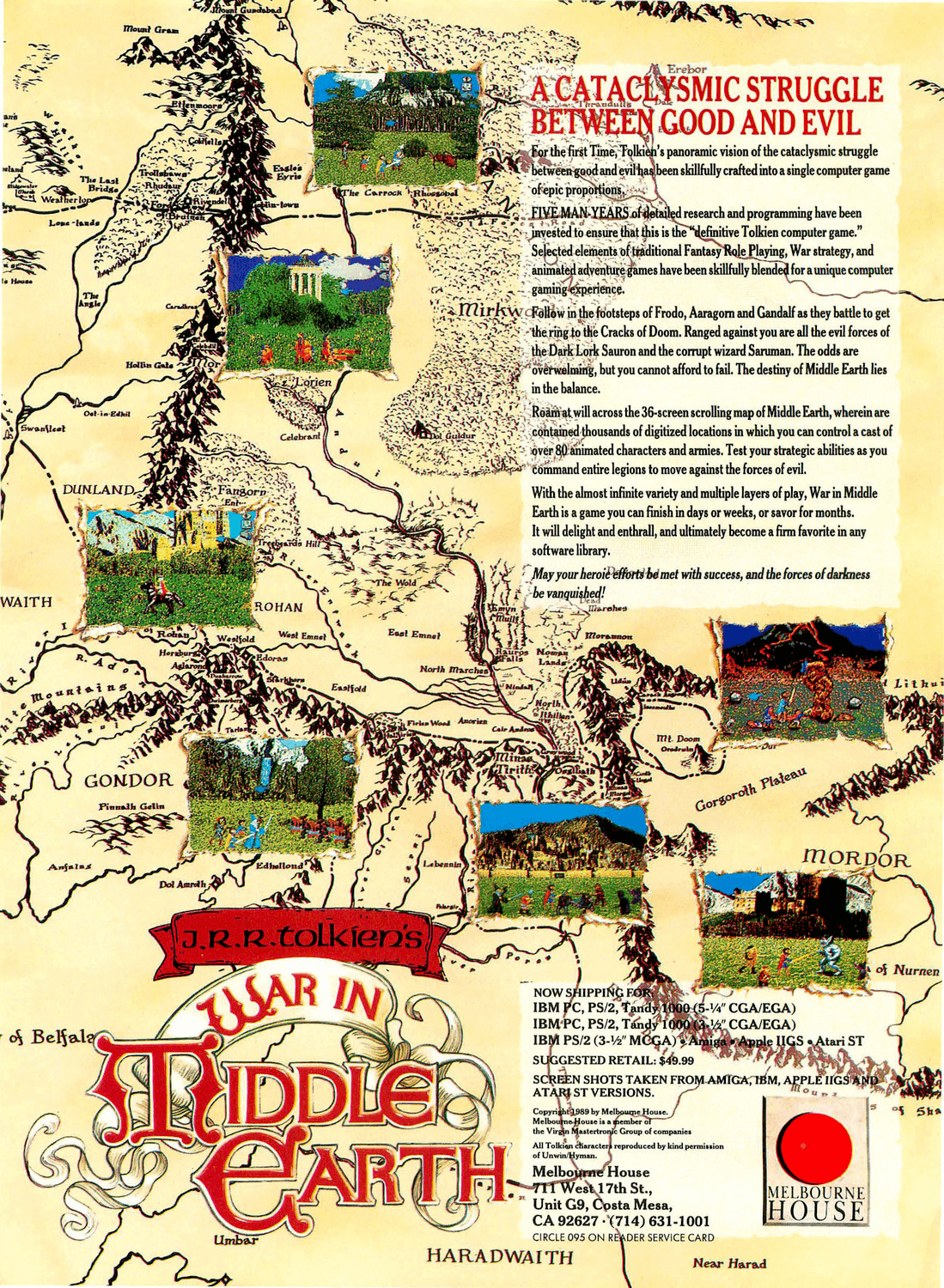