After The War - Video Game From The Early 90's 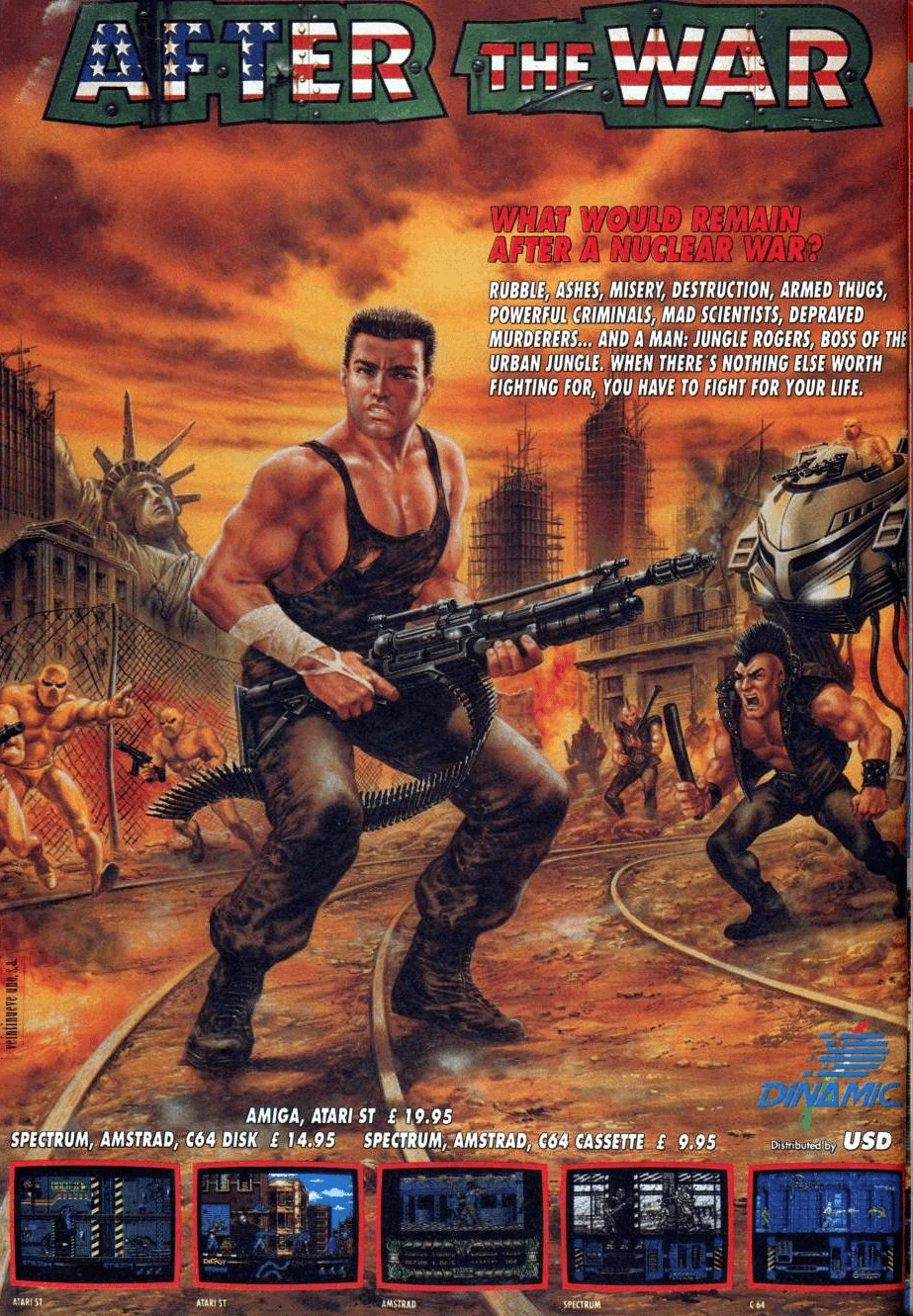 Out of the ashes comes a hero, Jonathan Rogers, better known as "Jungle Rogers", the owner of the asphalt jungle. The only chance of survival is to reach the airdrop platform XV-238, located in the control base of the schizophrenic assassin professor McJerin, and to escape to outer colonies.

There is no easy way to do this. The game is a side-scrolling shoot 'em up, with thugs coming at you constantly, and a few moves to use on them. You must cross the dangerous streets of Manhattan, which have become over-run by feral thieves. Later you await the guardians of the scientific complex of McJerin.

Versions
Some 16-bit versions featured digitized voices. Some ports featured tricky graphical effects (e.g., the Amstrad CPC version included both mode 0 and mode 1 graphics at a time). After The War featured two of the classical "FX" brands of Dinamic, the FX double load (consisting on two separate parts to get advantage of computer memory) and FX giant sprites, that made use of very big sprites that can be even ¾ of the total play area height. Note that those "FX" brands are simply commercial names that Dinamic used to name some features of its games.

The "giant sprites" trick was that sprites were composed by a set of small parts that allowed reusing of those parts in different characters (e.g., a lot of enemies share the same trousers and leg movements). In some ports, a problem with the vertical sync of the monitor lets the player to easily see this trick (sometimes characters got rendered divided in two clearly different slices).

A few computer magazines published notes about a coin-op version of the game that was never released outside Spain, although a coin-op of the game could be played many years ago in the Parque de Atracciones de Madrid, graphically identical to the 16-bit computers counterpart.

Dark Amiga version
The Amiga version looks dark when compared to the Atari ST version because of a rushed conversion job. The authors used the ST palette values directly, which results in reduced brightness. As of 2012, a custom WHDL patch exists that corrects that bug and also lets the game to be installed on an Amiga harddrive.

Legacy
In 2011, nearly two decades since the dissolution of Dinamic, some of its founding members acquired the rights to distribute the Windows game Collapse in Spain and Italy under their new software company FX Interactive. The game was rebranded as After the War and marketed as belonging to the same fictional universe as the original 1989 game. 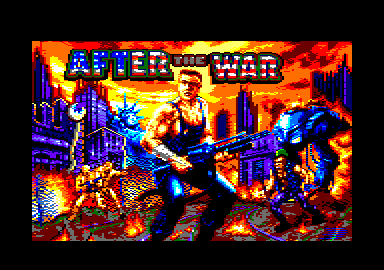