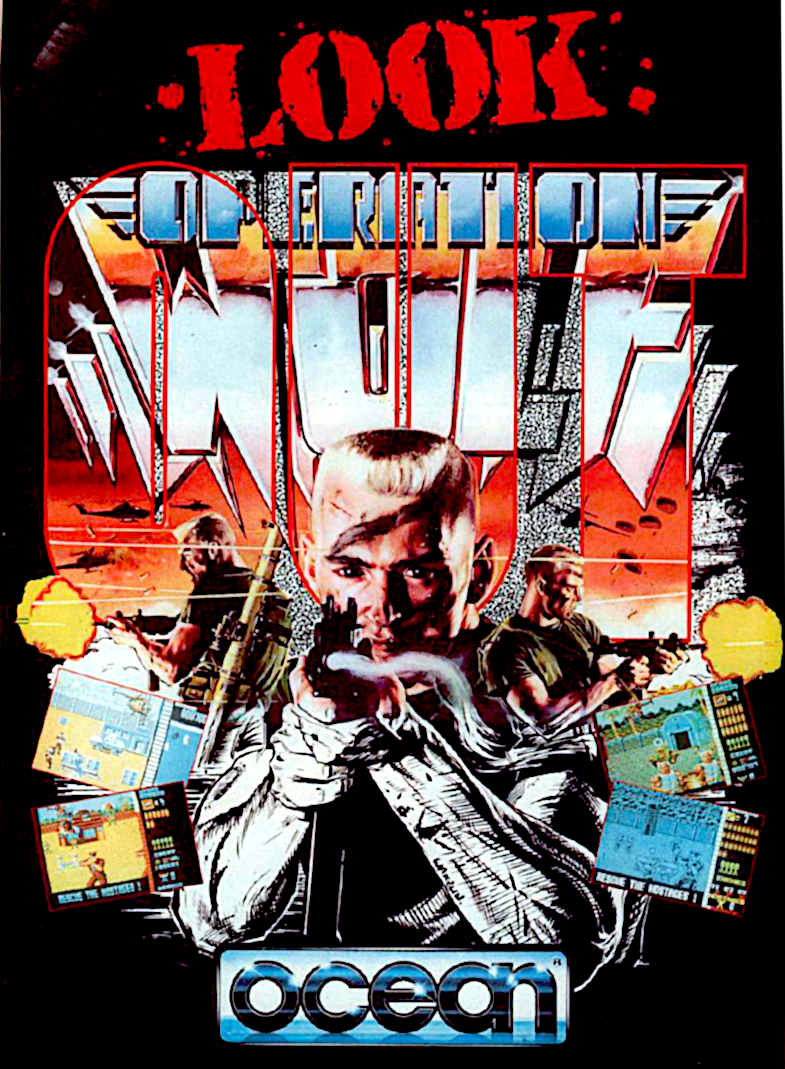 Description
Operation Wolf is an arcade game by Taito. It is essentially a bitmapped "rail-shooter", where you basically hold the gun and shoot just about everything that moves, while conserving your ammo and grenades.

Home versions
Most of [the home conversions] lacked any kind of light gun support (with the exceptions of the NES, Master System, and the ZX Spectrum, which featured Magnum Light Phaser support) and must be played with a keyboard or a controller. 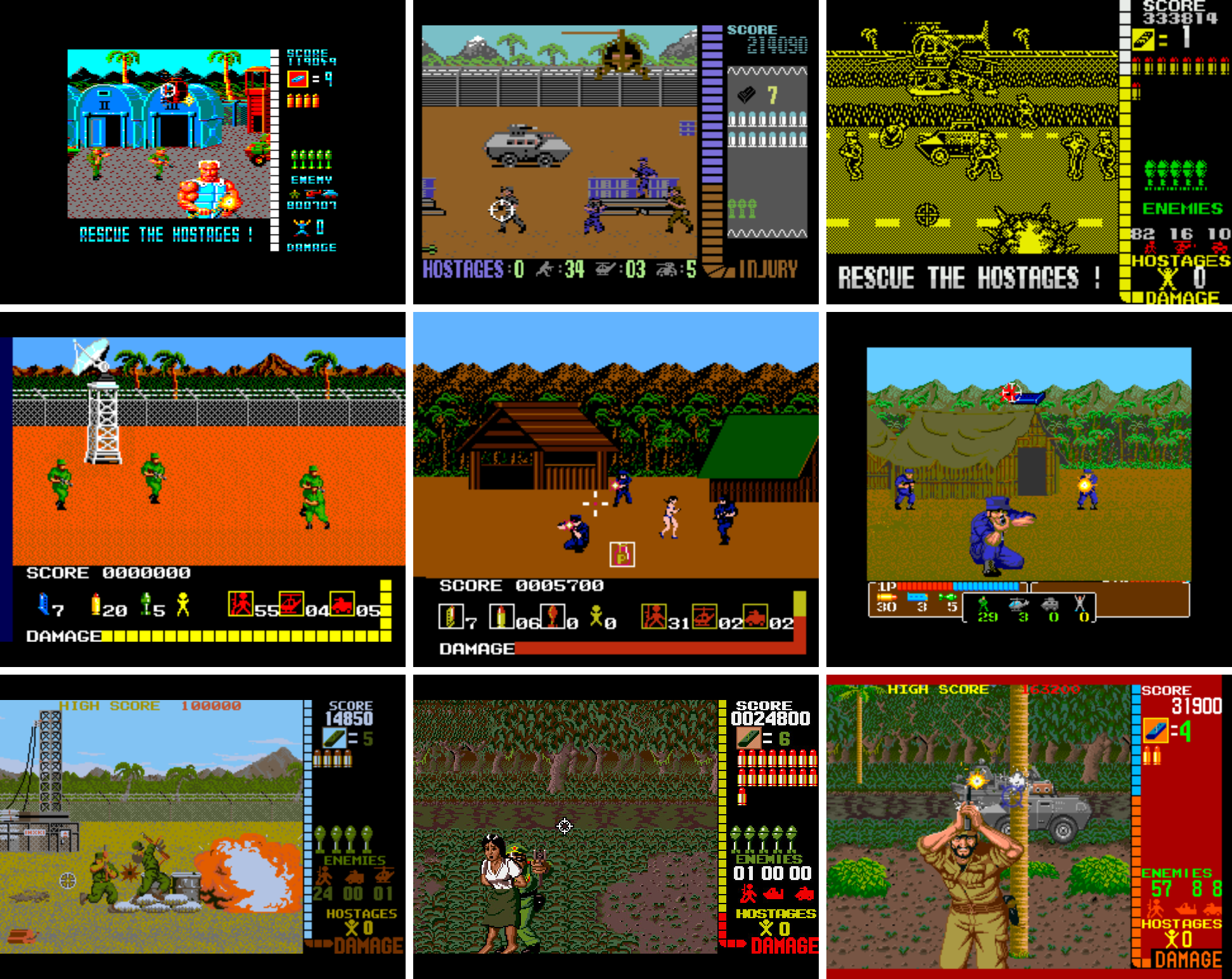 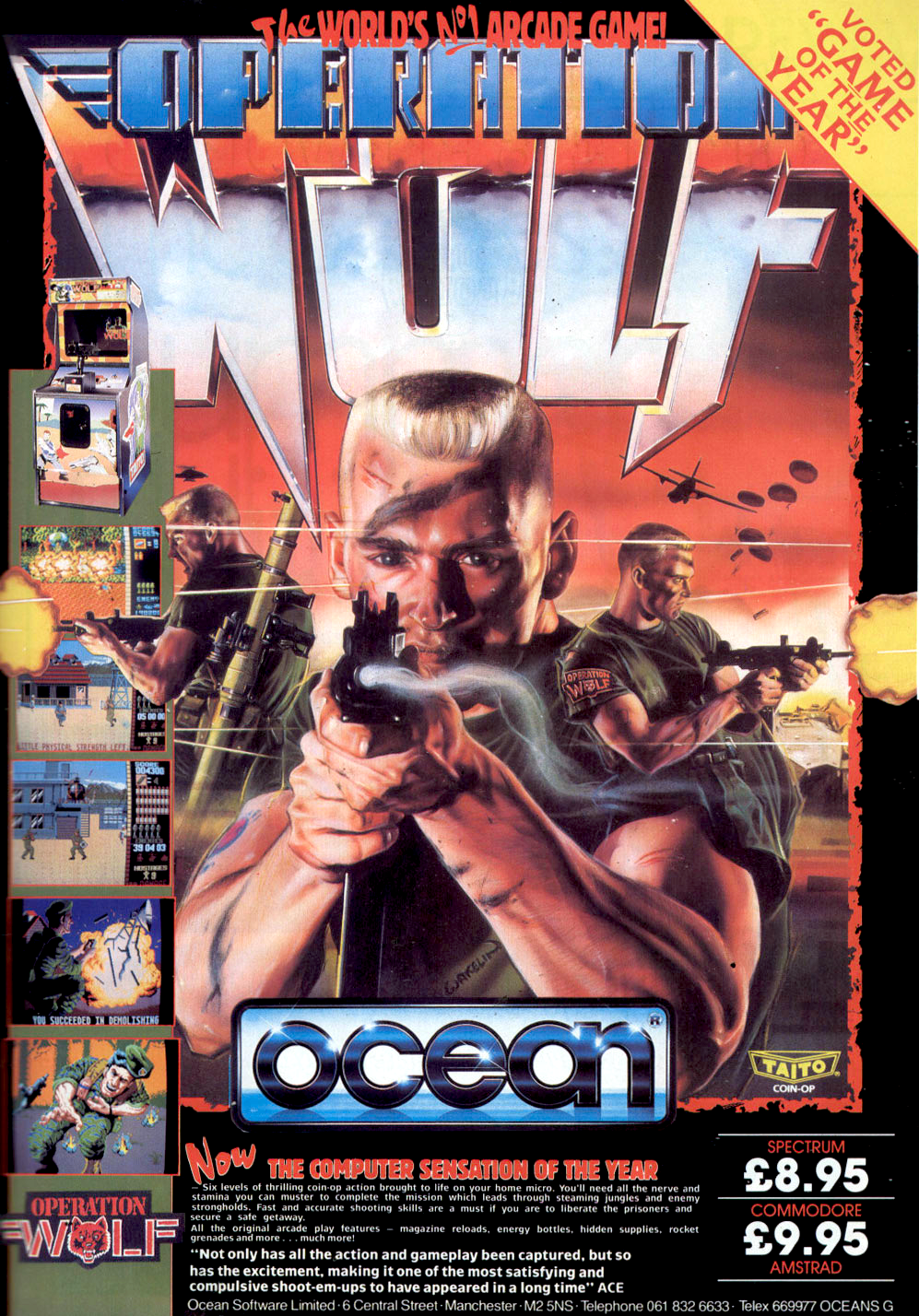 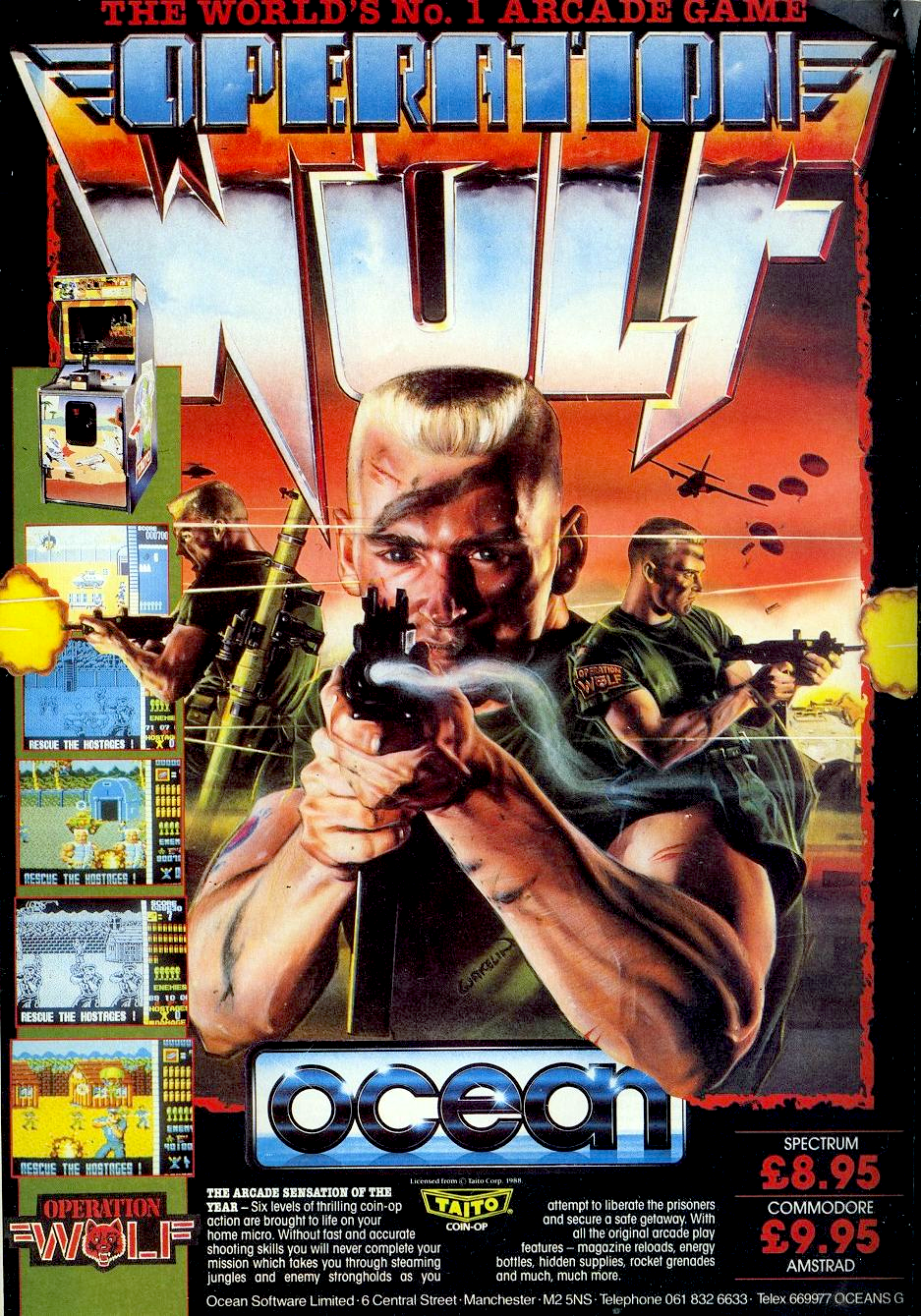