RoboCop 2 is based on the 1990 film of the same name, in which a Detroit cyborg cop known as RoboCop must stop a drug distributor, Cain, from spreading a new drug known as Nuke. The Game Boy and Nintendo Entertainment System (NES) versions are primarily shoot 'em up games.[4] They differ from the Amiga, Amstrad GX4000 and Commodore 64 versions, which also differ from each other.[4] In addition to side-scrolling platform levels, the Amiga and ZX Spectrum versions include other levels consisting of first-person shooting galleries – an aspect from the original RoboCop game[5] – and a puzzle game in which the player must help RoboCop remember his memories by arranging certain electronic chips.

Development and release
The Amiga and Atari ST versions were developed by Special FX and published by Ocean Software, which also developed the NES and Game Boy versions. Programming of the Amiga version began months before the film's release. As a guide, the Special FX development team was given a pre-release version of the film that excluded several scenes. The team was also given a preliminary script of the film and pictures of the characters. Audio samples from the film, including RoboCop's gunfire and footsteps, were added into the Amiga version. The ZX Spectrum and Amiga versions include digitized scenes from the film.

In the United Kingdom, Ocean released the Amiga version in November 1990, followed by the release of the Amstrad GX4000, Game Boy and Atari ST versions the following month. A Nintendo Entertainment System (NES) version had been released in the United States by April 1991. An arcade version, manufactured by Data East, was also released in 1991.

The enemies from Sector 3 can be a reference to Emil Antonowsky's mutation on radioactive liquid from the first movie.

Though never referred to by name, the criminal knocked into a pit of toxic waste has a unique Elvis Presley design identical to Catzo from the film. Earlier scripts for the movie had Catzo die when he fell into a vat of nuke, though Catzo becoming a mutant is similar to Emil as mentioned above.

Robocop 2/Cain speaks in the game when he didn't in the movie.

The palette of the second player Robocop resembles the color scheme of Robocop in the second film, whilst the player one Robocop has the same color scheme as the first movie's Robocop costume. Arcade Japanese-exclusive content
The Japanese version of this game contains an extra introduction stage that serves as a mini-recap of the first RoboCop movie, and lets players reenact the final showdown with ED-209 and Dick Jones at OCP Headquarters. This level was removed from the Western version of the game. 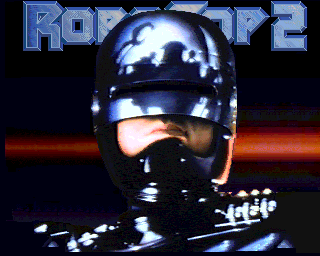 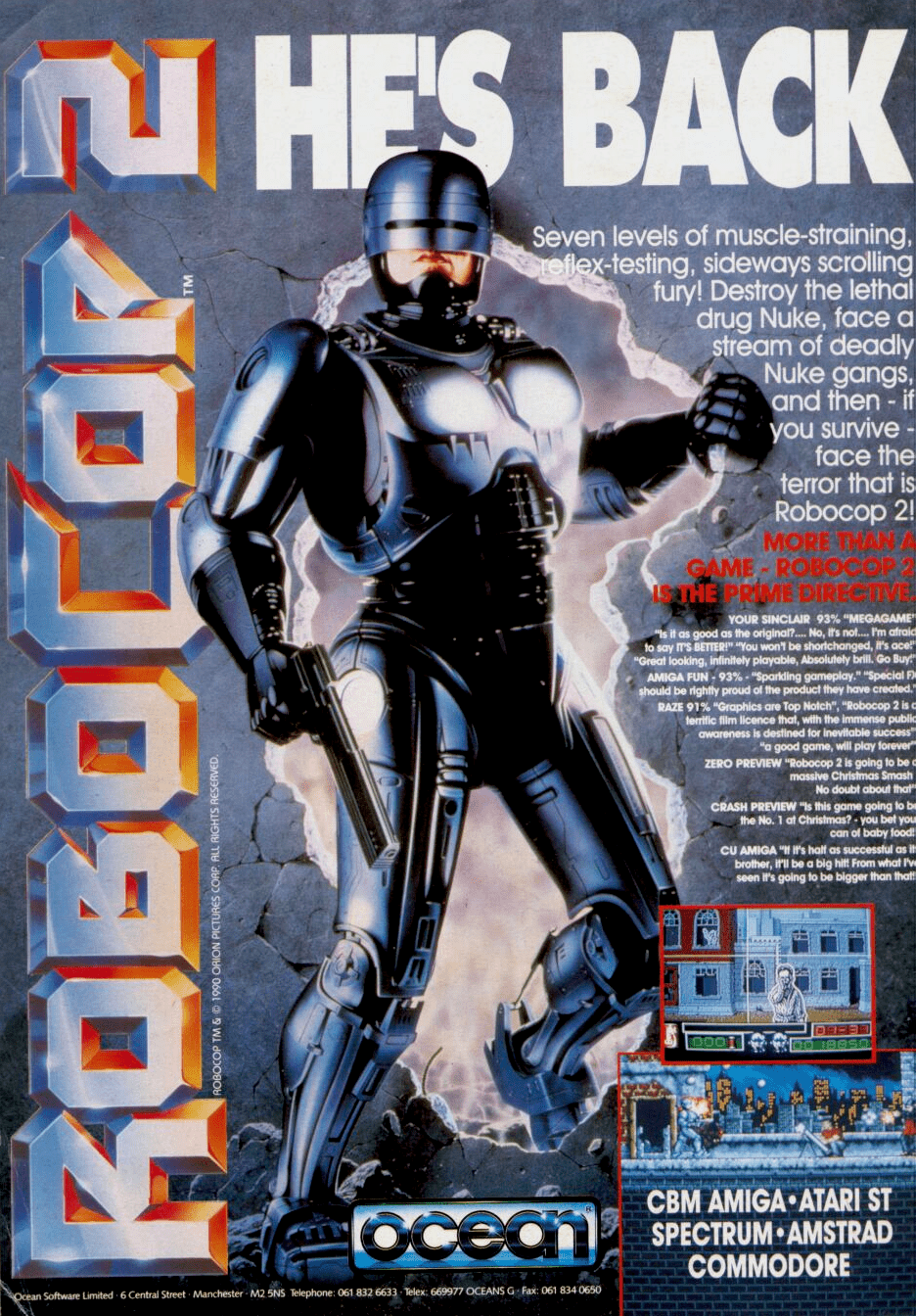 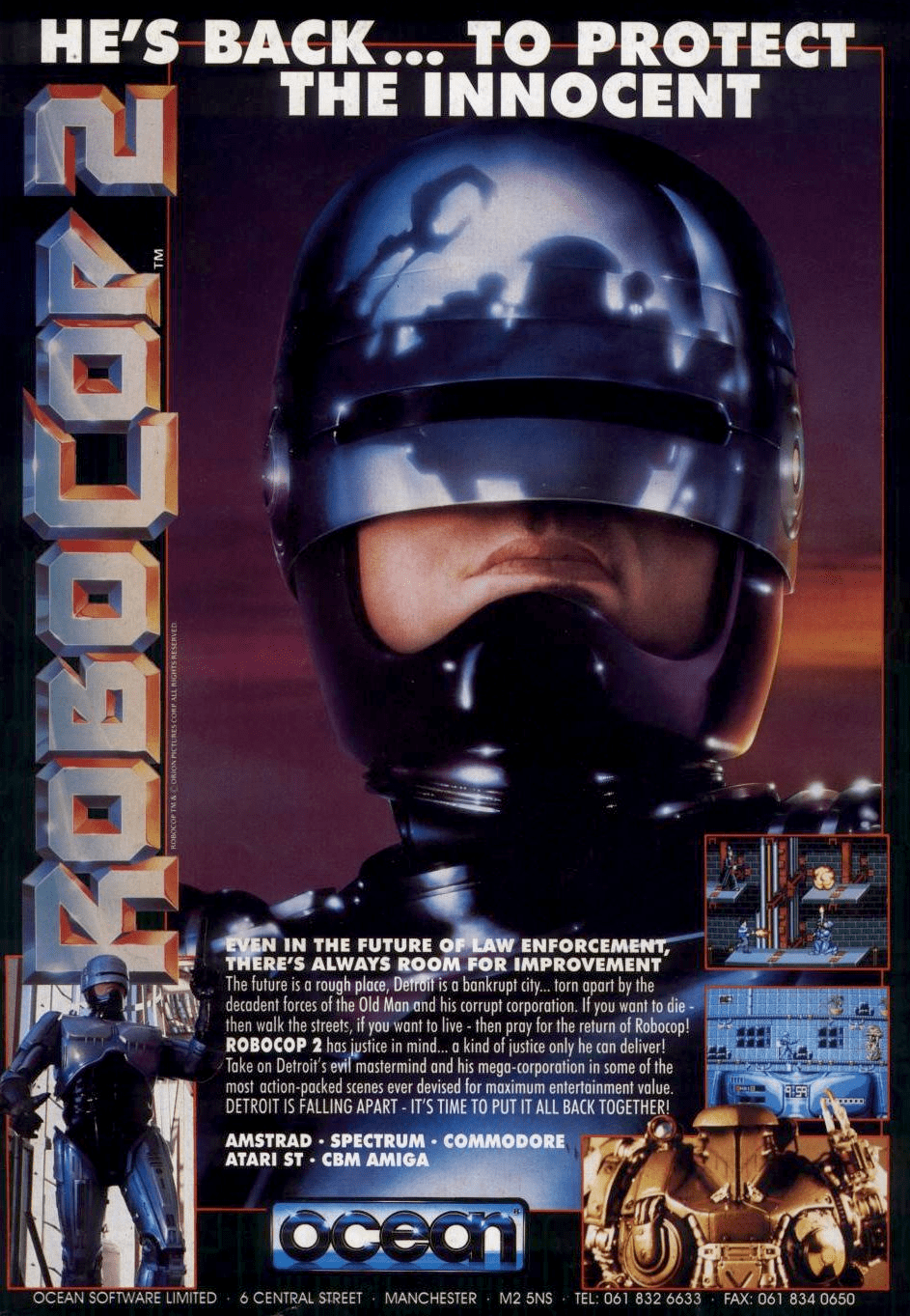 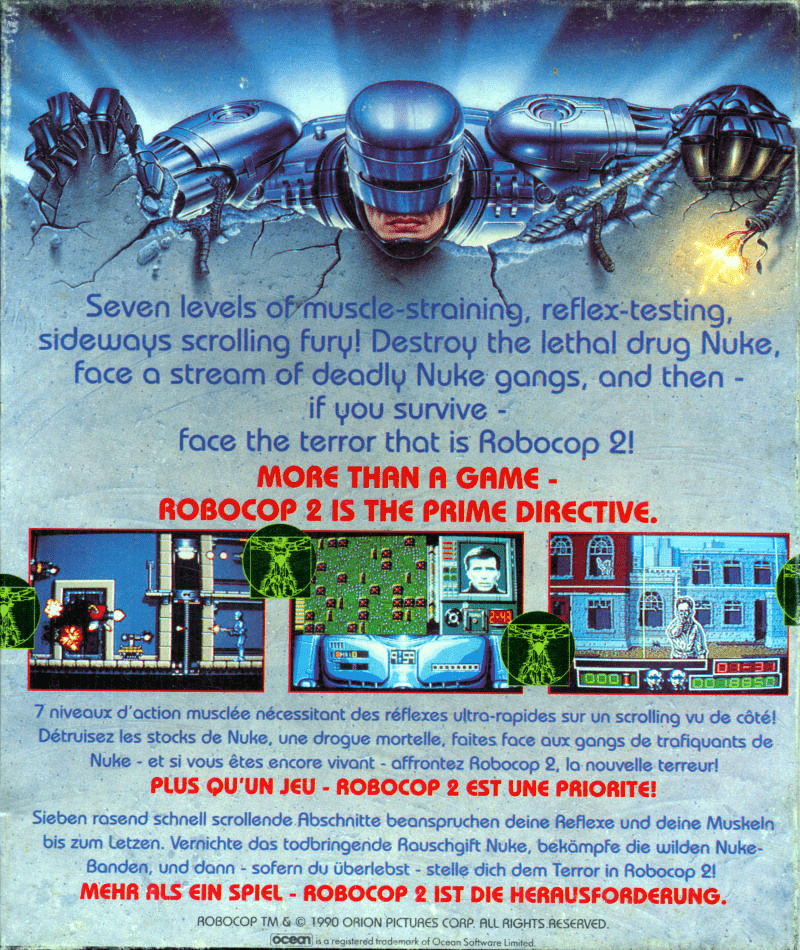