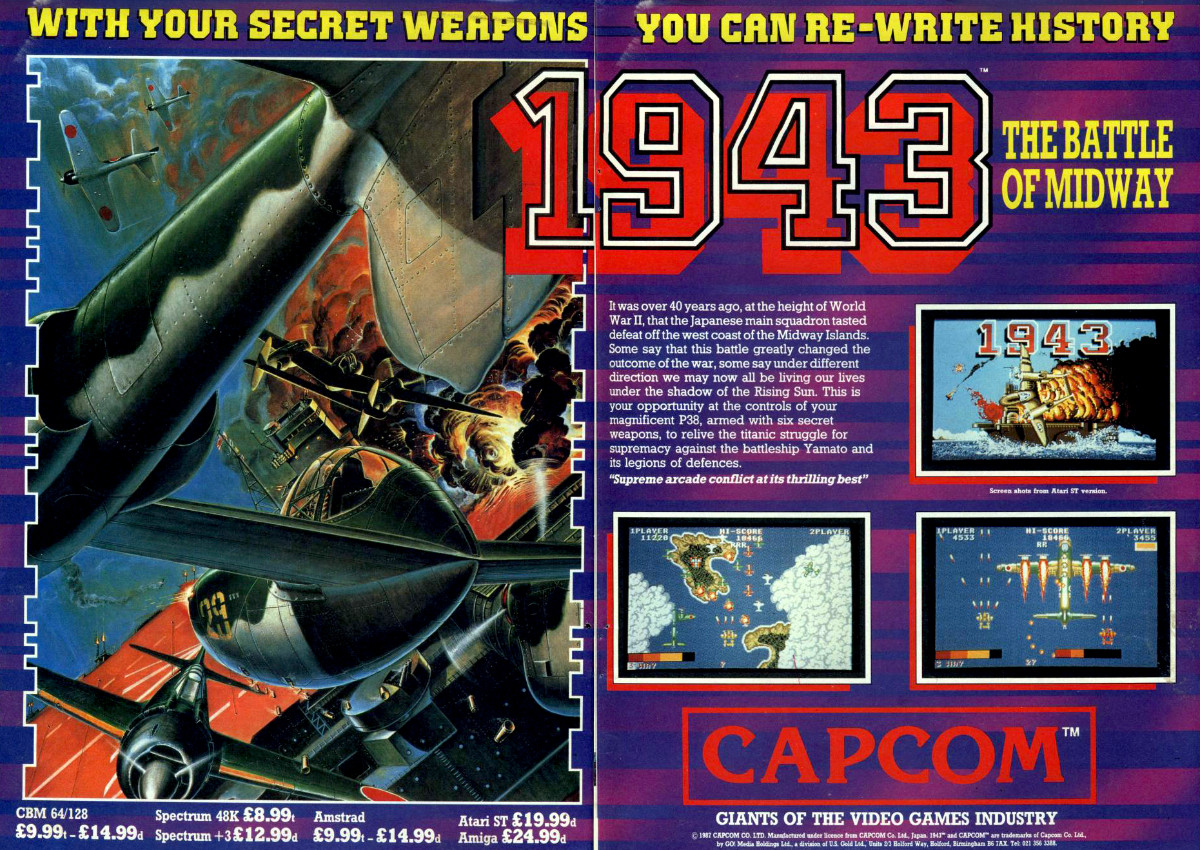 Description
The sequel to 1942, which is still a vertically scrolling shooter, has the player once again fighting over the clouds during the second world war, this time in an intense battle just off the coast of Midway islands.

Updates to the gameplay include an energy bar, which can be run down by either being hit from incoming fire or using a special weapon. The energy bar can be replenished by picking up power-ups, while special weapons (lightning, cyclones and waves) can knock down all fighters on the screen at the time.

NES
Released exactly one year after the arcade version, the NES version of 1943 introduced the ability to improve the player's plane by permanently upgrading certain aspects of its abilities. These include the plane's offensive and defensive powers, the maximum fuel level, and its special weapons and their durations.

This somewhat alters the game balance and a different tactic is required to survive the game. For example, initially very few weapons are made available; more can be attained from power-ups by putting statistic points into "special weapons ability".

It also included as the initial game in Capcom Arcade Cabinet, a compilation of games released digitally for PlayStation 3 and Xbox 360 on February 19, 2013 in which the games are sold individually or in packs.

The overall faithfulness and quality of execution of these third party versions varies greatly.

In USA, it was released as 1943: The Battle of Midway Mark II.[4] Most of the graphics and sounds have been reworked, and the game has been made more "extreme" (laser-firing World War II planes and ships that run on ground). Further, the trademark P-38 has been replaced with a Boeing Stearman E75 N68828.

In 1991, this version was converted to the PC Engine as simply 1943 Kai, again exclusively in Japan; this version contains many additional levels and original music.

Although the arcade release was exclusive to Japan, the arcade version itself was included in the 1998 Capcom Generations for the Sega Saturn and the PlayStation and in the 2005 Capcom Classics Collection for PlayStation 2 and Xbox. 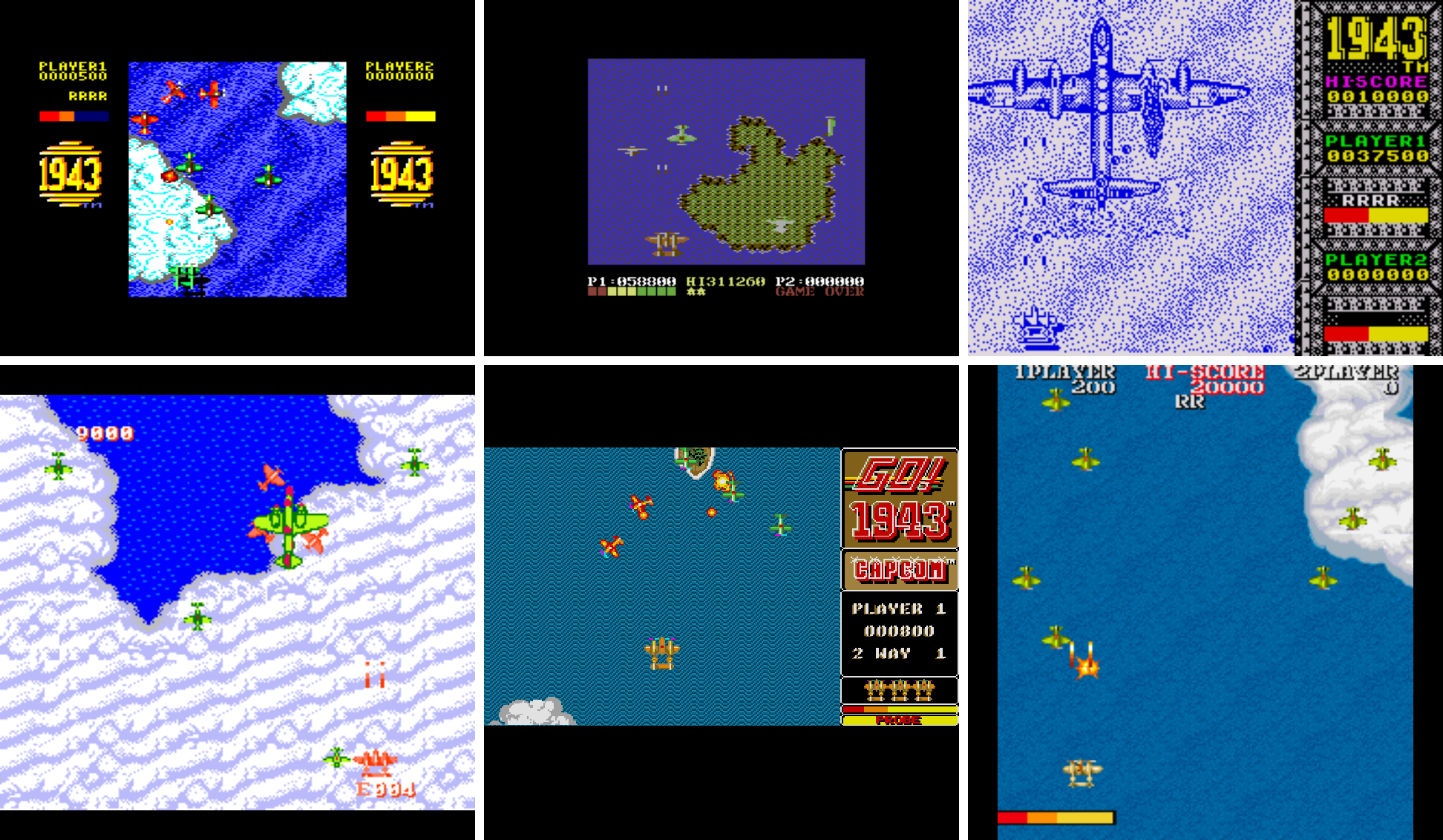