Description
B-17 Flying Fortress is a simulation of the legendary heavy bomber of World War II.

After customizing one's bomber with nose art and a name, one of several randomly assigned bombing missions into Germany must be flown. The game not only features actual flight simulation, but also crew management. Each of the 10 crew members has ratings for categories like piloting, bombing and gunnery. During a mission, crew members can be reassigned to other posts if needed because of injuries. Each position including the pilot seat, the guns and the bombing sight can of course also be controlled by the player.

A historically accurate number of 25 missions must be flown and survived to complete a tour of duty.

Development and release
One of the technical advisors to the development of the simulation was Major Joseph N. Worsley (USAAF, Retired) one of the top bombardiers in the USAAF trained in the use of the Norden as well as Sperry bombsights on Boeing B-29s.

B-17 Flying Fortress came with a 230-page manual which details how to play the simulation, in addition to an in-depth historical section with numerous illustrations and photographs. The simulation also included a keyboard overlay so that the function of keys on the players computer keyboard would not be so confusing during gameplay.

Sequel and Freeware release
In 2000, Microprose has allowed the developer of B-17 Flying Fortress: The Mighty 8th, the game's 'sequel', to release the original B-17 Flying Fortress games as freeware in a promotional attempt. Shockwave Productions has since bought the rights to the code. 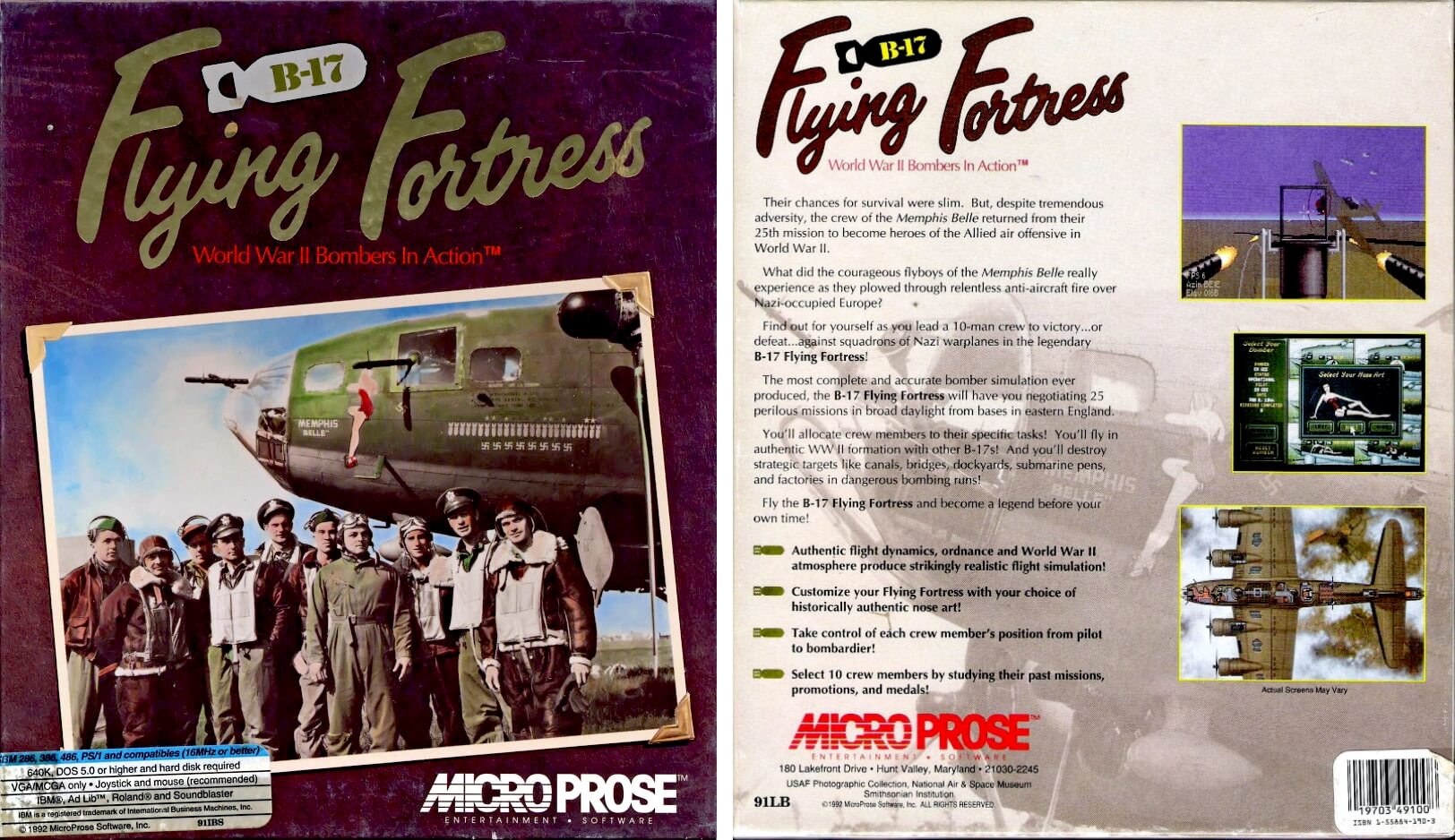 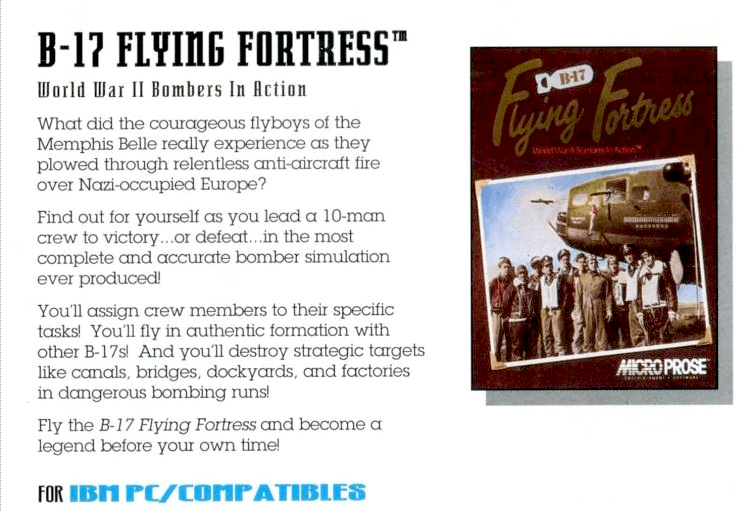