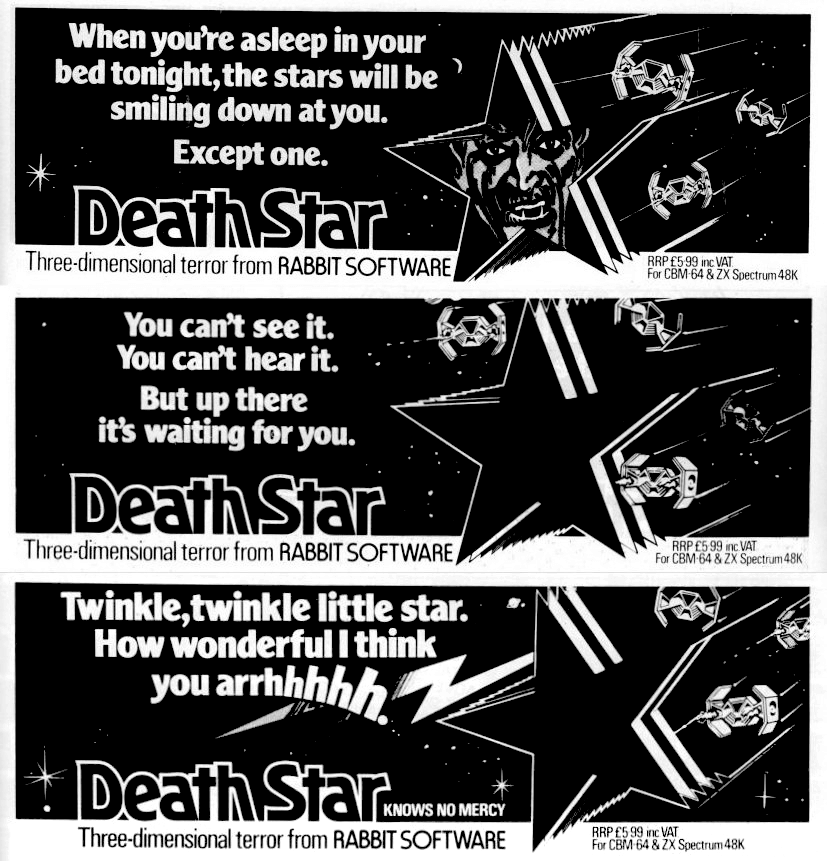 Description
The last post of humanity in the Galaxy is on a planet on the edge called Earth, and the evil Garth Fader wants to destroy it with the most deadly weapon in the Universe, the Death Star. You are a pilot of a Ford Prefect 2174 and it is your mission to fly your craft down a corridor to destroy squadrons of Quasar Star Fighters over nine levels to save the Earth and humanity.

Death Star is a 3rd person shooter where you sit behind your craft flying into the screen, and you can move it left, right, up and down, and the enemy ships fly towards you. As well as avoiding and shooting the enemy ships and their weapons, you are unable to touch the sides or the floor of the corridor or you will lose one of three lives. Before you play the game you can select your starting level (1-9) with one having the slowest enemy ships. 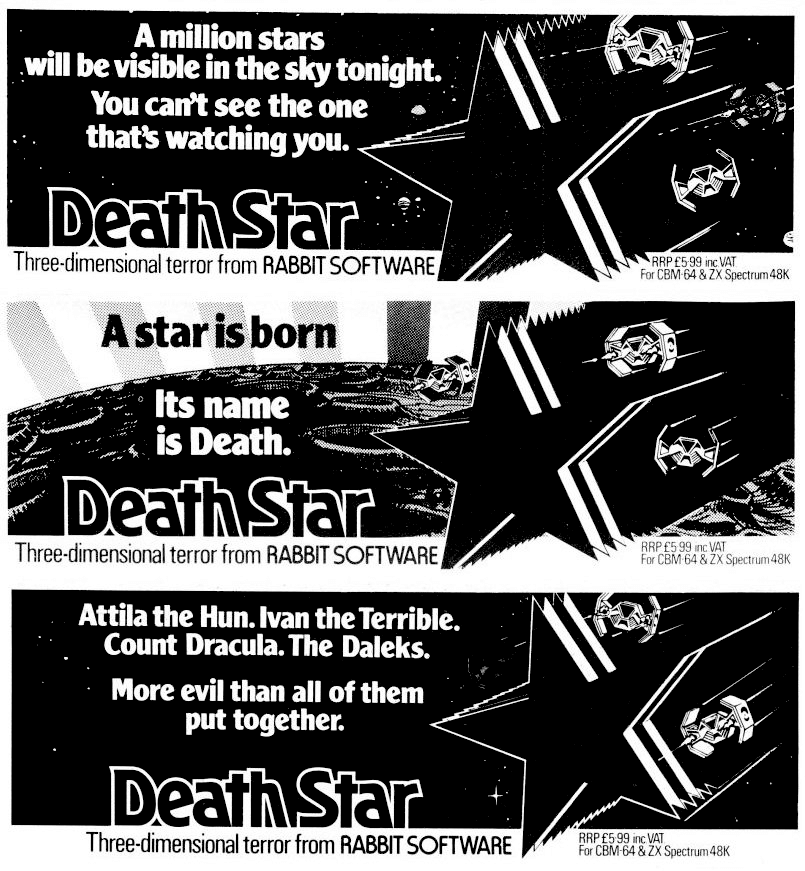 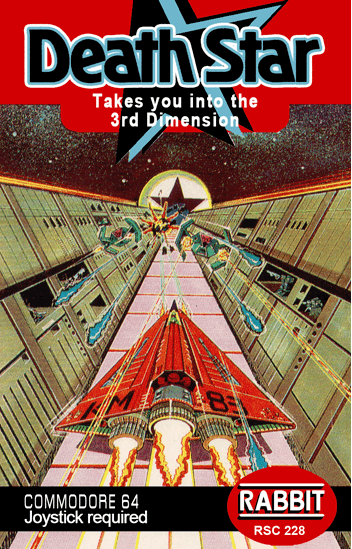