Description
Super Monaco GP is a first-person perspective racing game which allows you to race other cars around the famous Monaco Grand Prix course. You first must qualify for a position on the grid by driving round a shortened version of the course on your own.

The faster you drive the higher placing on the grid. The actual race has you competing against 19 other drivers and as well as trying to beat them all you must get to checkpoints within a time limit or it is race over. You also have to stay ahead of a certain position which starts at 20th and gets lower the longer the race goes on.

In the race itself, there is also a position limit, which starts on 20th (15th in the home versions) and decreases as the player bypasses checkpoints along the track, ultimately stopping on 3rd. If the player falls behind the indicated position and does not manage to recover fast enough or crashes, it is game over.

The circuits are modeled on the ones used in the 1989 Formula One season, with background scenery similar to the real-world circuit venues, though without the wealth of details the Arcade version had.

This Mega Drive/Genesis version was also released in arcades for the Sega Mega-Tech system board in 1990. 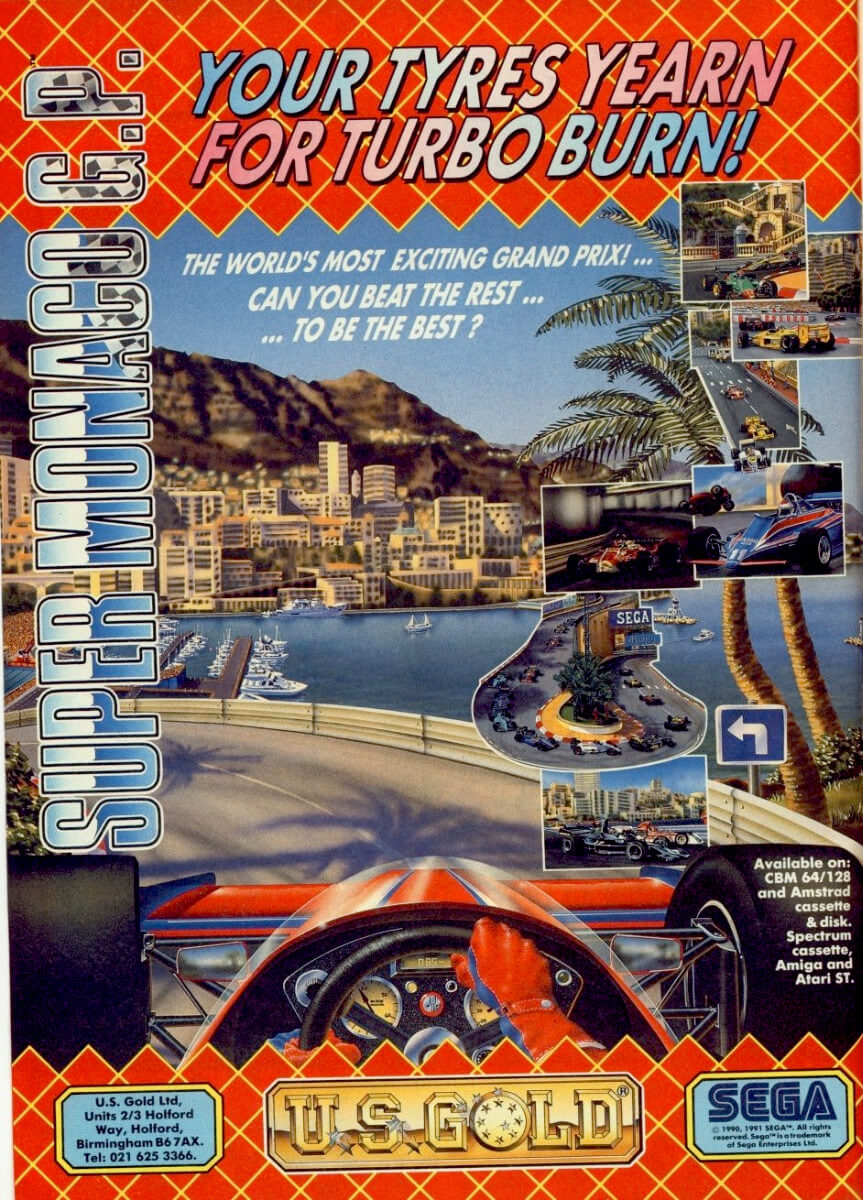