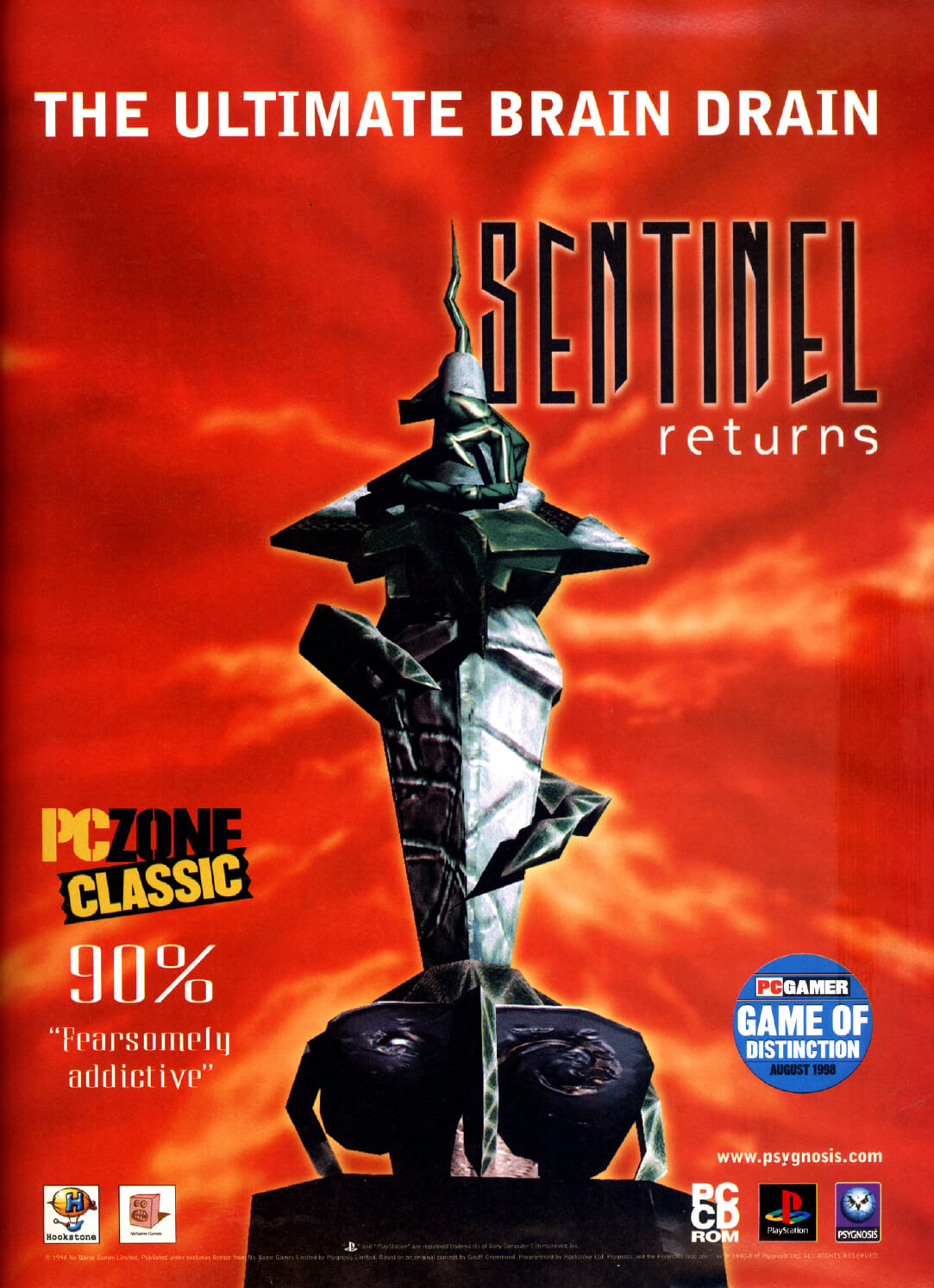 Sentinel Returns is based on the game Sentinel https://imgchest.com/p/6pg73ployrn , a classic 8-bit micro game written by legendary Geoff Crammond (REVS, Grand Prix), which was initially released for the BBC microcomputer.

Gameplay
The gameplay is virtually unchanged in this sequel, though modern hardware definitely adds some spice and speed to the highly original and surreal concept.

Enter a surreal world where you must battle the Sentinel and his sentries over 650 checkered, 3D landscapes. Energy and movement are completely redefined in this unique blend of arcade and strategy elements. You, only known as an intelligent presence, move about the landscape by teleporting between robot "hulls".

Any object in your field of vision can be absorbed for energy, as long as you also see the square of the landscape that the object is standing on. By aiming at any square your can see, and spending energy, you can create a new robot hull and teleport your presence to it, or you can create neutral objects: trees to block yourself from the Sentinel's gaze, or boulders that can be stacked.

You gain height in the landscape by creating a robot on top of a stack of boulders, until you can see the Sentinel's square at the highest point in the landscape and absorb him. The problem is that the Sentinel slowly rotates and ruthlessly absorbs anything in his field of vision that is more potent than a tree, including yourself. In later levels, his sentries will threaten you with absorption from several directions.

"Sentinel" and "Sentinel Returns" are games you either love or hate, due to their uniqueness and surreal nature.

Levels and music
It features 651 levels, a multiplayer mode and a soundtrack (titled "Earth/Air") composed by John Carpenter famous horror movie director and music composer, and arranged by Gary McKill.

PC version
The PC version has native support limited to a software display mode and an accelerated Glide mode, because in 1998, 3DFX cards were the de facto standard for gaming 3D graphics. However, modern computers can run the game in accelerated mode with the wrappers nGlide, dgVoodoo, OpenGlide or zeckensack's Glide wrapper, which translate Glide calls respectively into Direct3D or OpenGL calls.