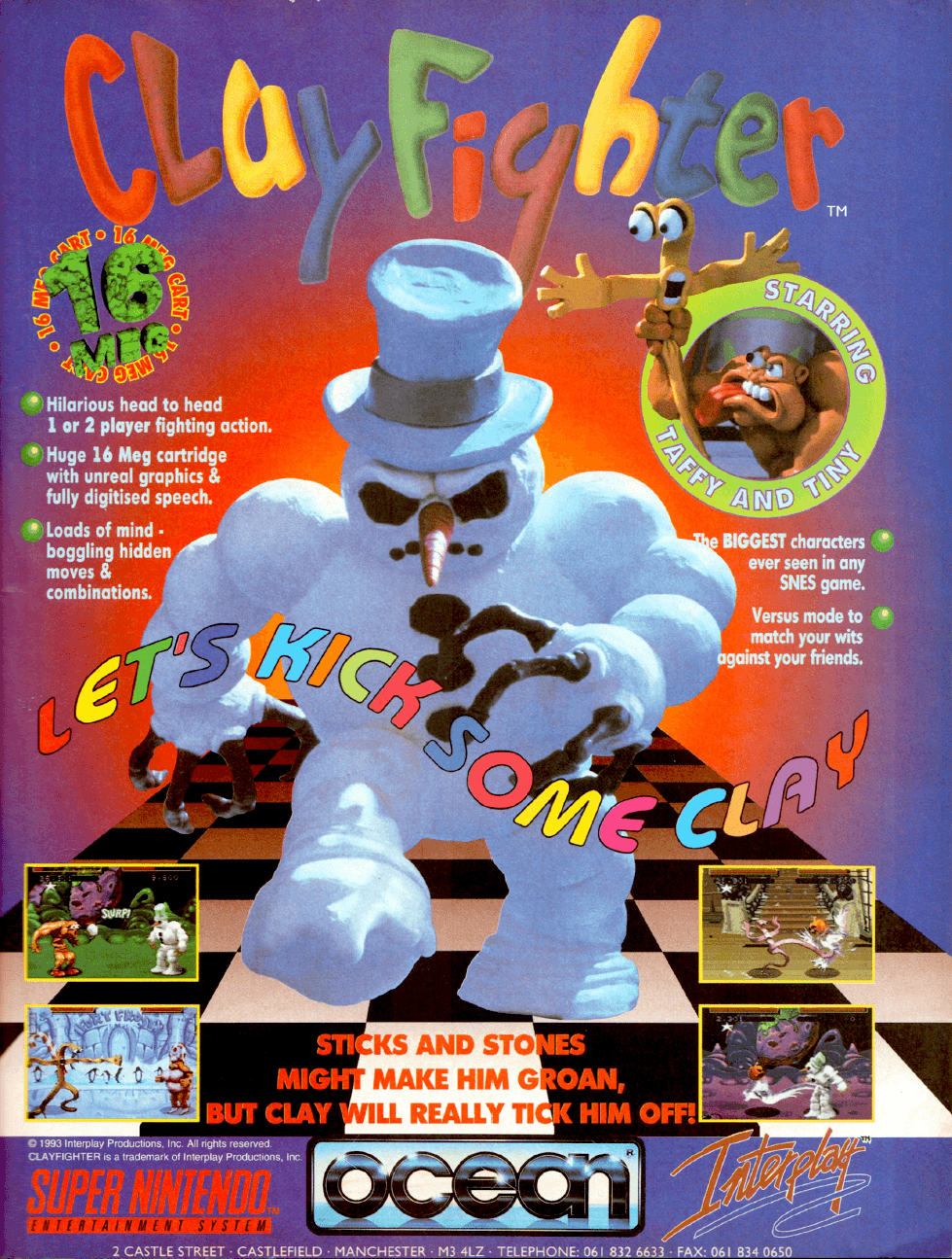 Clay Fighter is a 2D fighting game released in which the characters, as the name suggests, are made completely out of clay. This allows for interesting moves and stylized graphics. The zany roster includes: Bad Mr. Frosty, a snowman; Taffy, a piece of stretchable candy; Blob, a character who can morph into different shapes; Blue Suede Goo, an Elvis knock-off; Ickybod Clay, a pumpkin-headed ghost; Helga, an opera singer; and Bonker, the crazed clown. Each character also has their own level and individual taunts.

The game was one of the two "clay" themed game franchises made by Interplay Productions, the second being a platformer released for the SNES titled Claymates. 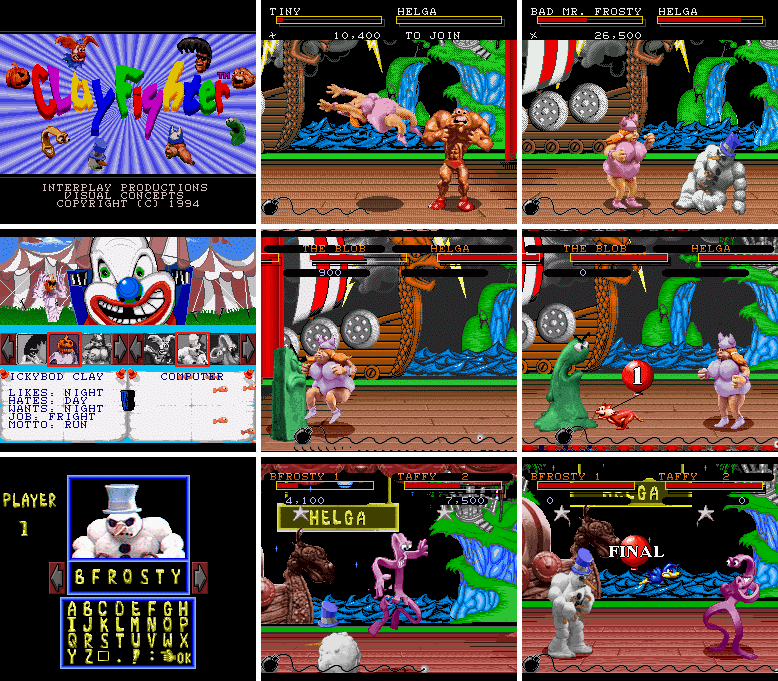 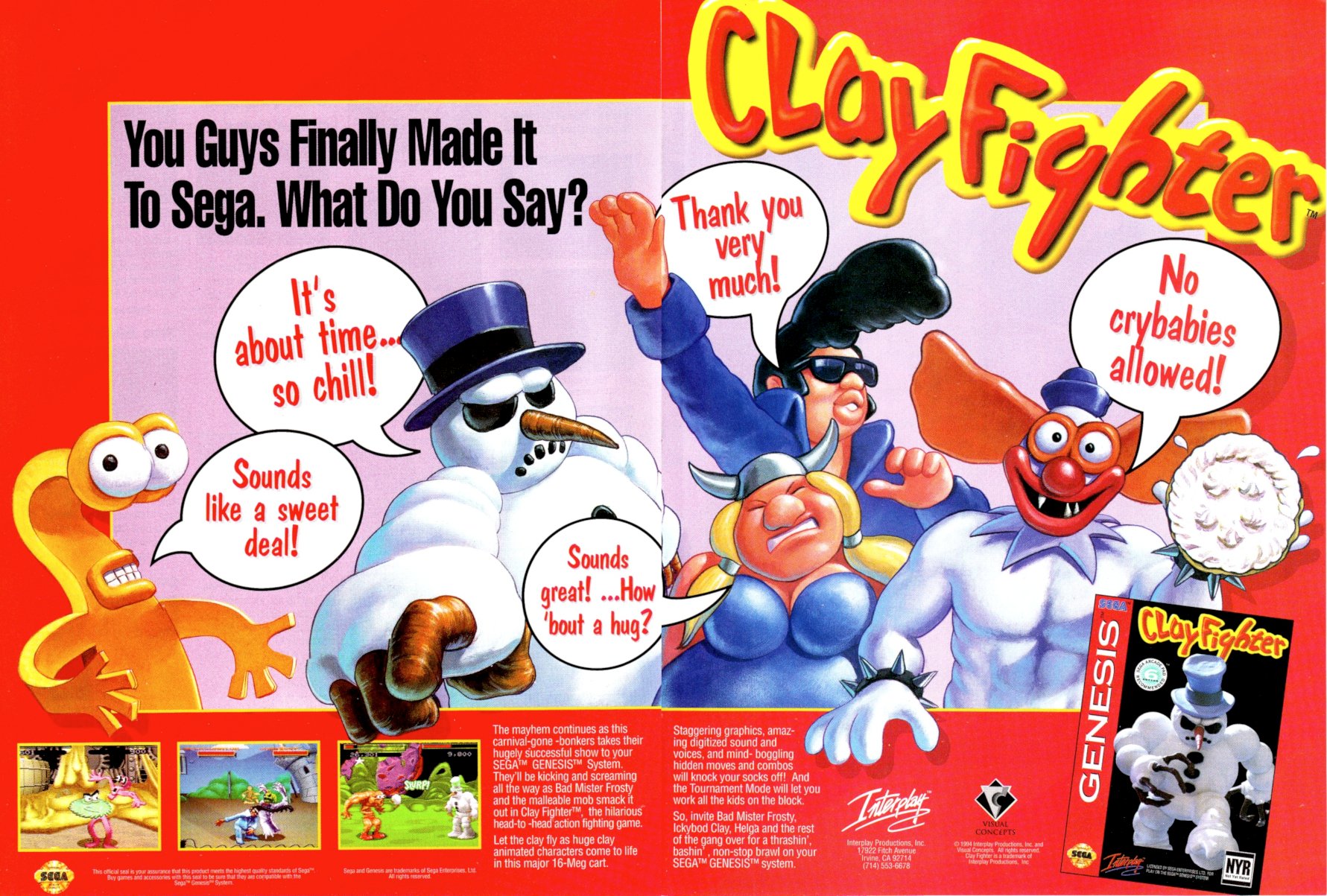 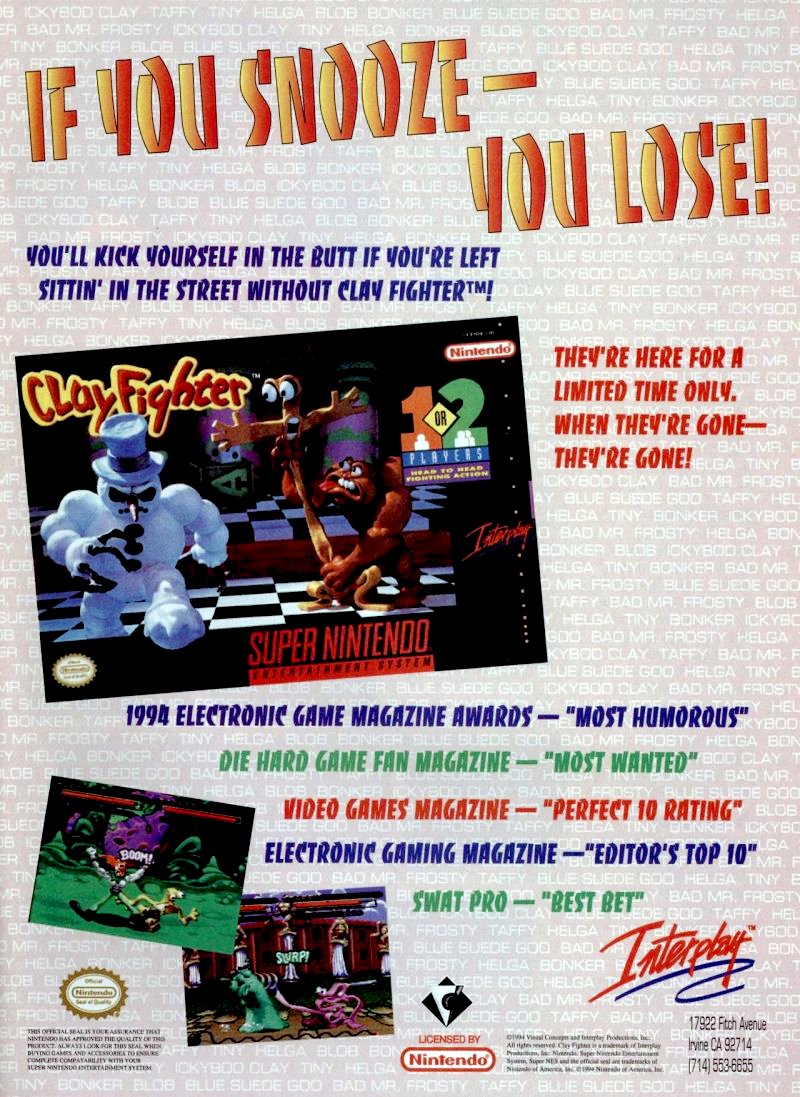 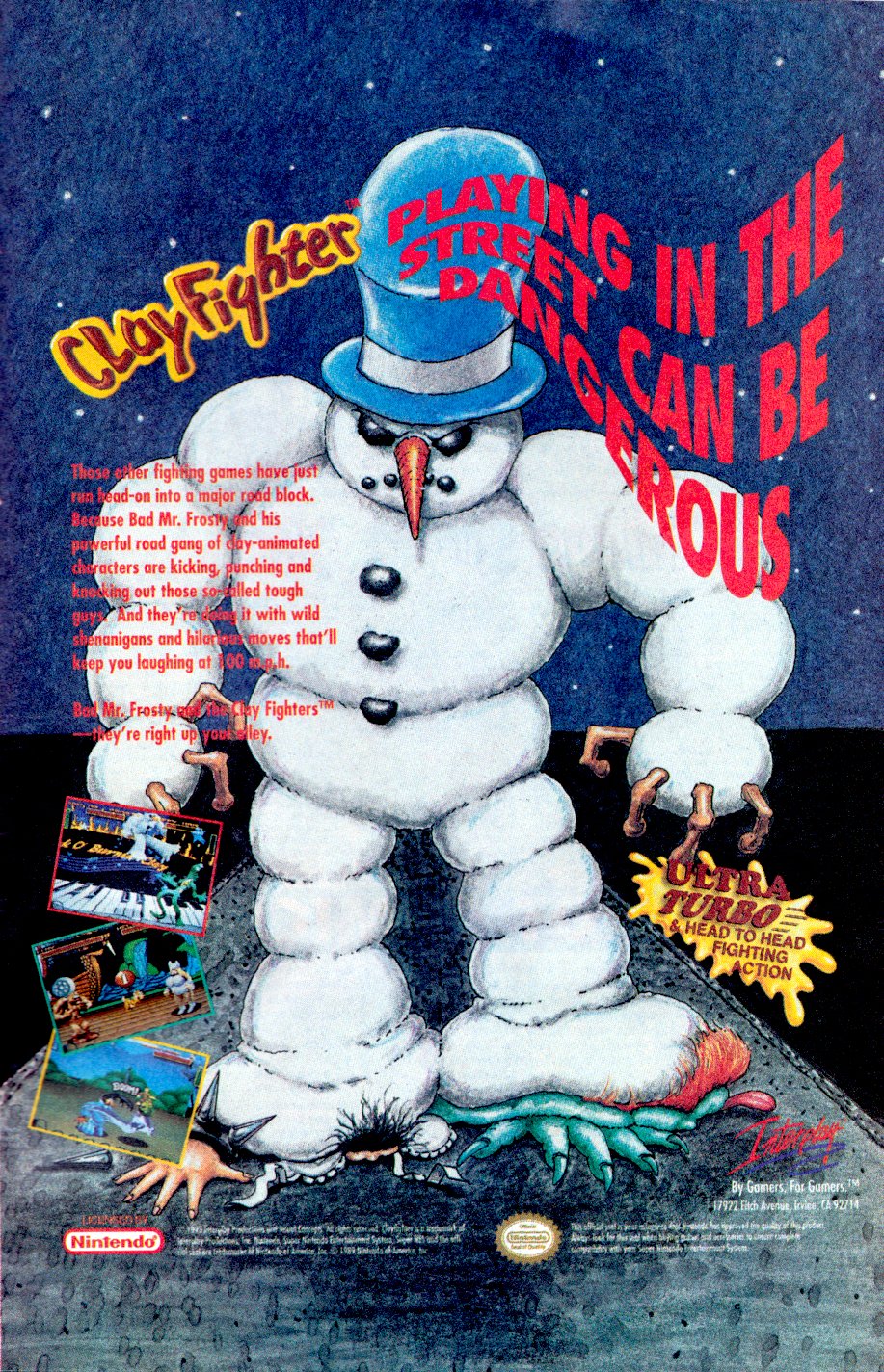 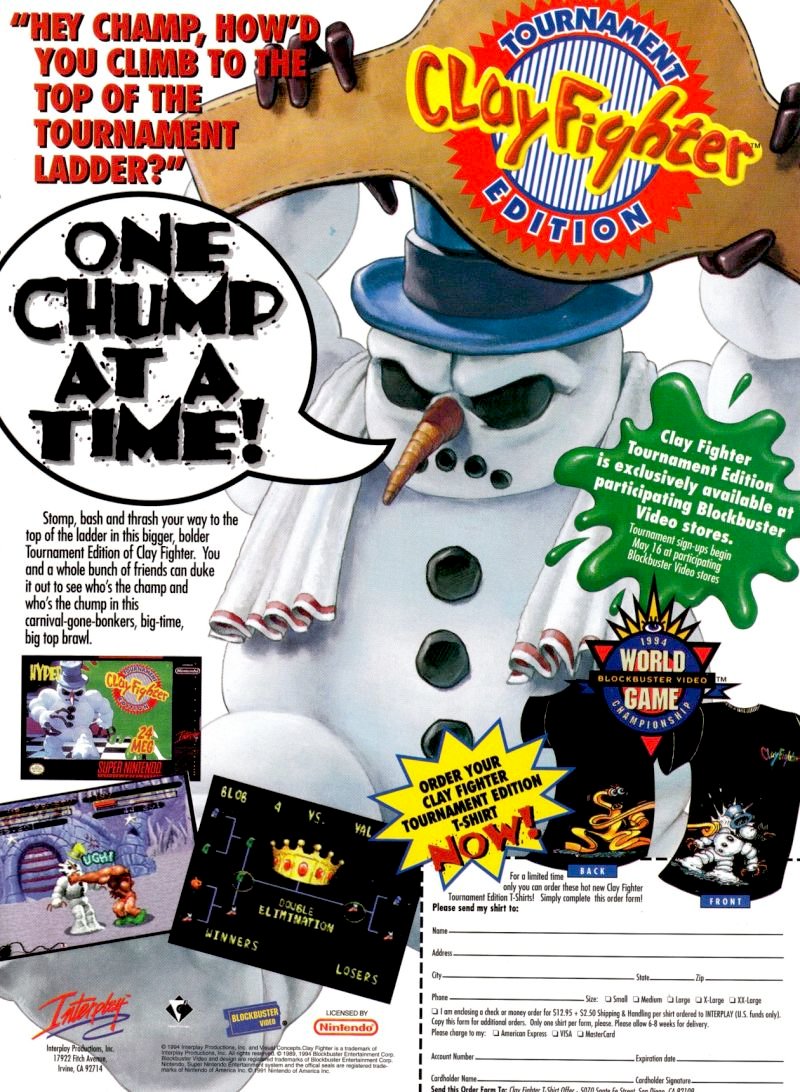 In May 1994, Interplay released ClayFighter: Tournament Edition for the SNES. This version of the game was initially presented as an exclusive rental-only deal with Blockbuster Video in North America. Tournament Edition improved on the original ClayFighter by fixing many glitches, adding a number of stage backgrounds, and offering new difficulty settings, speed options, and versus modes. The Sega Genesis/Mega Drive version of ClayFighter was released on the Wii Virtual Console in Europe on February 6, 2009 and in North America on May 25, 2009