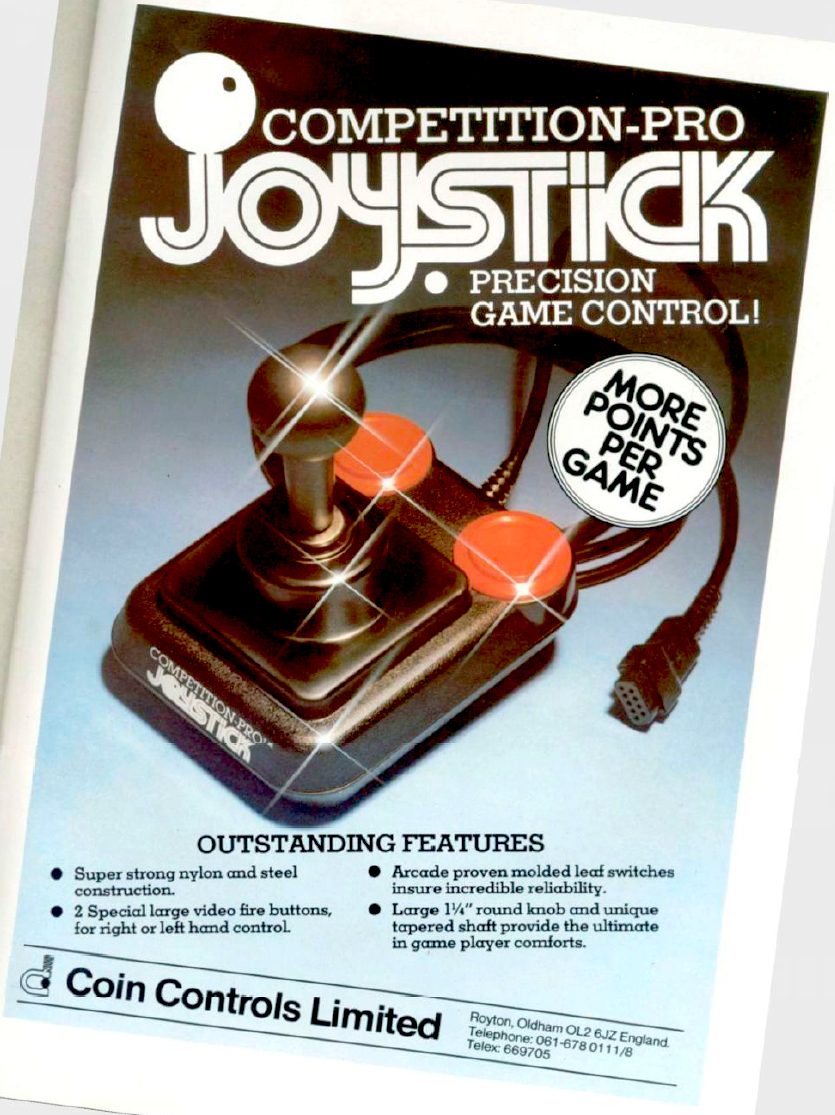 The Competition-Pro consisted of a square base, two large red buttons (for left or right-handed use) and a black pommel stick. It used the Atari 2600 standard DE-9 connector and was primary designed to work with the ZX Spectrum Kempston joystick interface but also with the compatible ports built into other home computers such as the Amstrad CPC, Commodore 64 (& VIC-20) and later Commodore Amiga and Atari ST. There was also an Atari 5200 model which leveraged the existing CX52 controller for the keypad functionality. 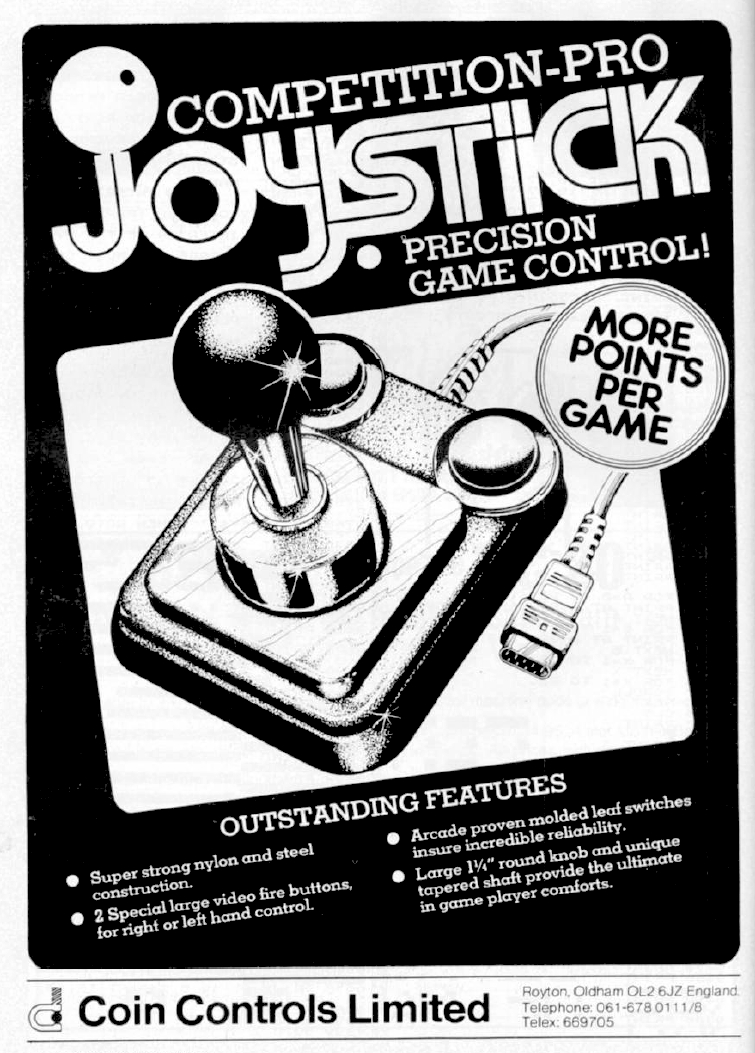 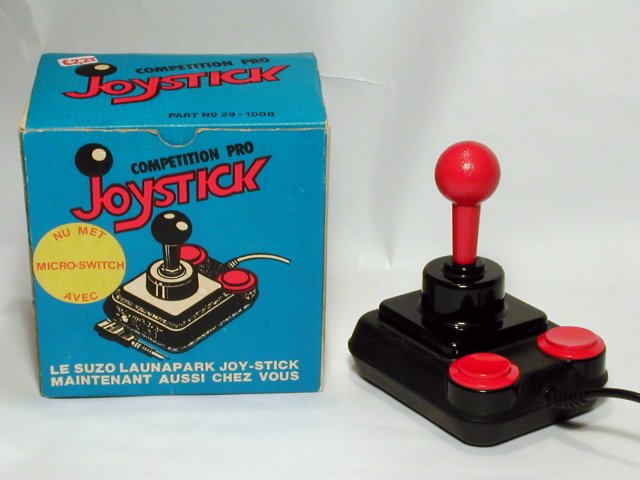