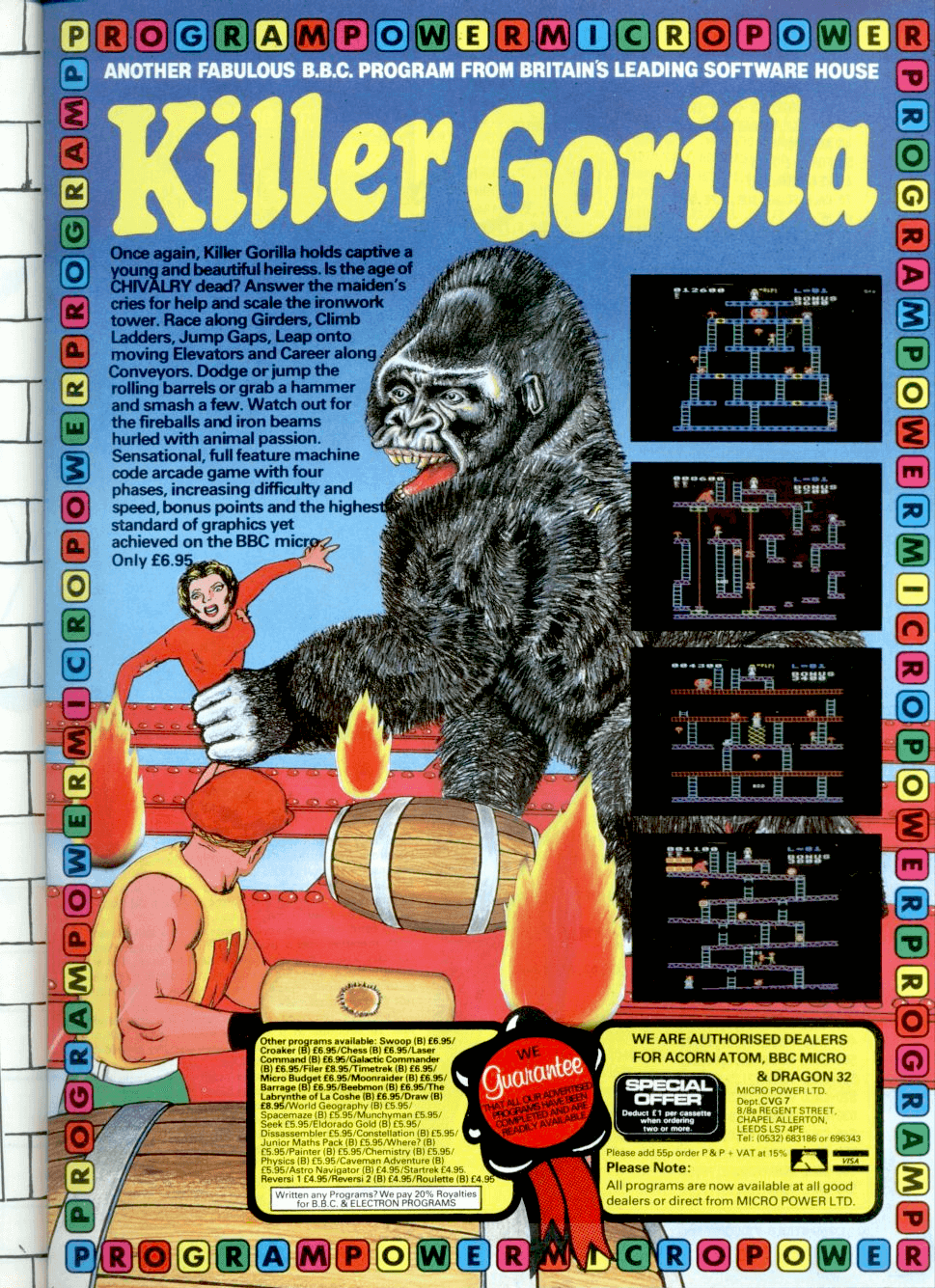 Description Killer Gorilla is a four stage platform game set on a building construction site. Stages consist of girders, ladders, conveyor belts and elevators. The object of stages one, two and three is to reach the top of the screen where your girlfriend is guarded by the eponymous Killer Gorilla. On stage four the objective is to remove the rivets from the girders, causing the top of the building to collapse and the gorilla to fall. On all stages, items belonging to your girlfriend can be collected for extra points. When stage four is completed, play loops back to stage one.

Trivia
[Adrian] Stephens wrote Killer Gorilla at the age of 17 after buying a magazine with screenshots of Donkey Kong. He was paid 400 pounds for the game.[3] Stephens wrote two other games for Micro Power: Escape From Moonbase Alpha and Mr EE, a clone of Universal's Mr. Do!.

Based on Donkey Kong Junior and originally released as Zany Kong Junior in 1984, it was soon withdrawn after a cease and desist from Atarisoft, who owned the home computer rights to the original game.

Ironically, Atarisoft had commissioned Adrian Stephens to officially port Donkey Kong Junior to the BBC Micro after seeing Killer Gorilla, but the game was never released as Atarisoft decided to abandon the BBC platform. 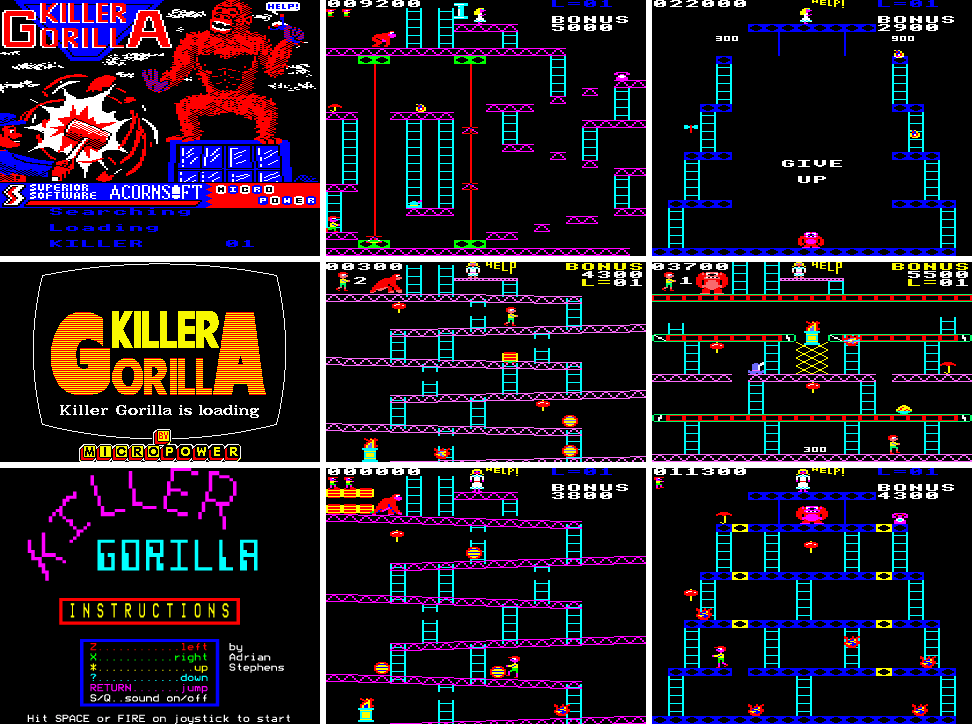