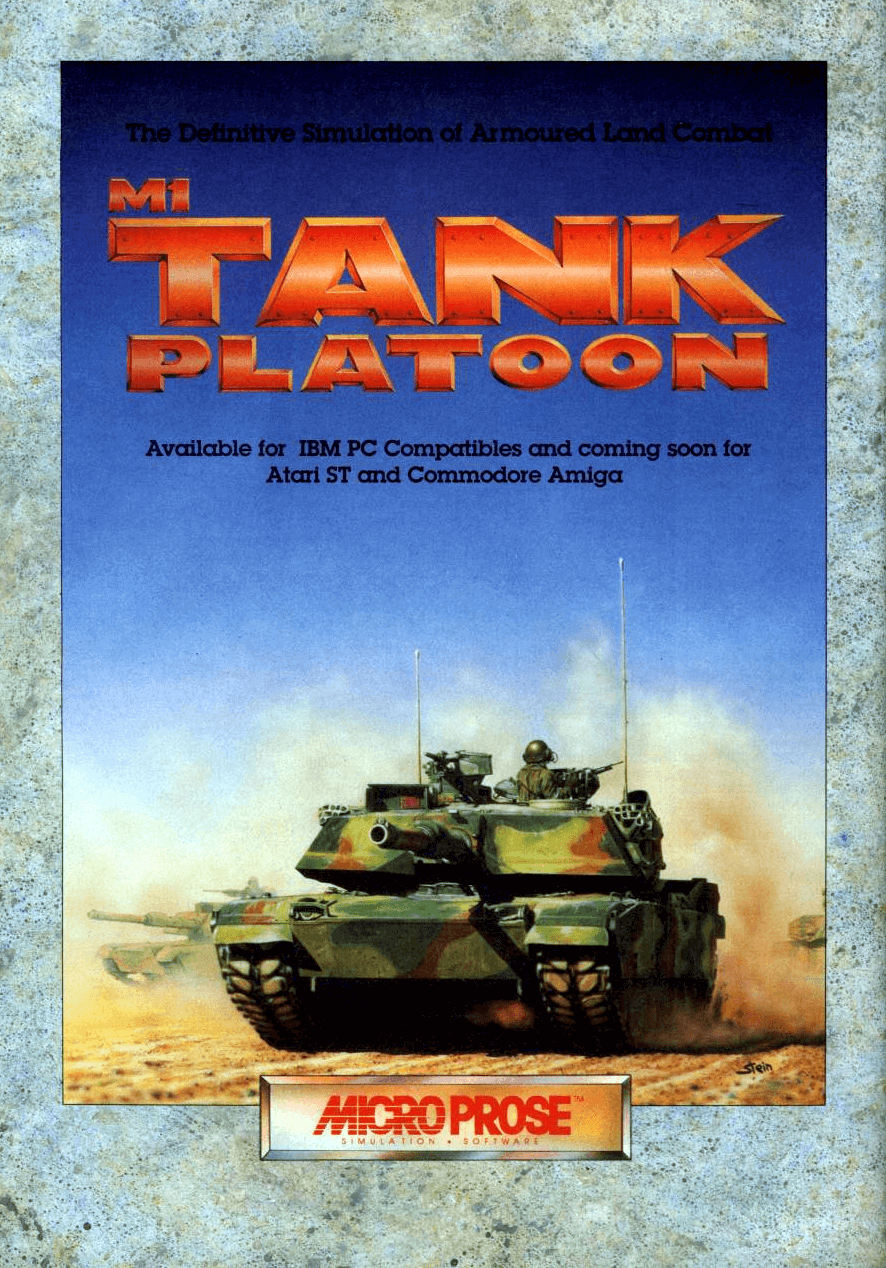 Description
A very encompassing game that allowed players to issue orders to Tanks, AA units, Aircraft, Artillery and Infantry in a campaign against Warsaw Pact units in Europe, while specifically controlling a platoon of 4 M1 tanks. The player could jump into the position of the driver, gunner or commander of any of the tanks to view the world from a 1st person perspective, or work from a tactical map to command all his forces. Characters in the M1 platoon actually increased in skill as they survived battles.

Graphics
Around Desert Storm, MicroProse released a "bundle" called "Allied Forces, which contains Gunship and M1 Tank Platoon, but with a patch to make the terrain yellow/brown like Kuwait instead of the "green" of Europe.

Troops
You don't just control your own platoon of 4 tanks. Sometimes additional forces will be assigned to you, anything from infantry (Bradley IFVs and M-113 APCs) and missile carriers (ITV-improved TOW vehicle) to A-10 or helicopter support. Sometimes you may even see some M-60 tanks assigned to you! Artillery is also available on call depending on what's available (HE, smoke, etc.). 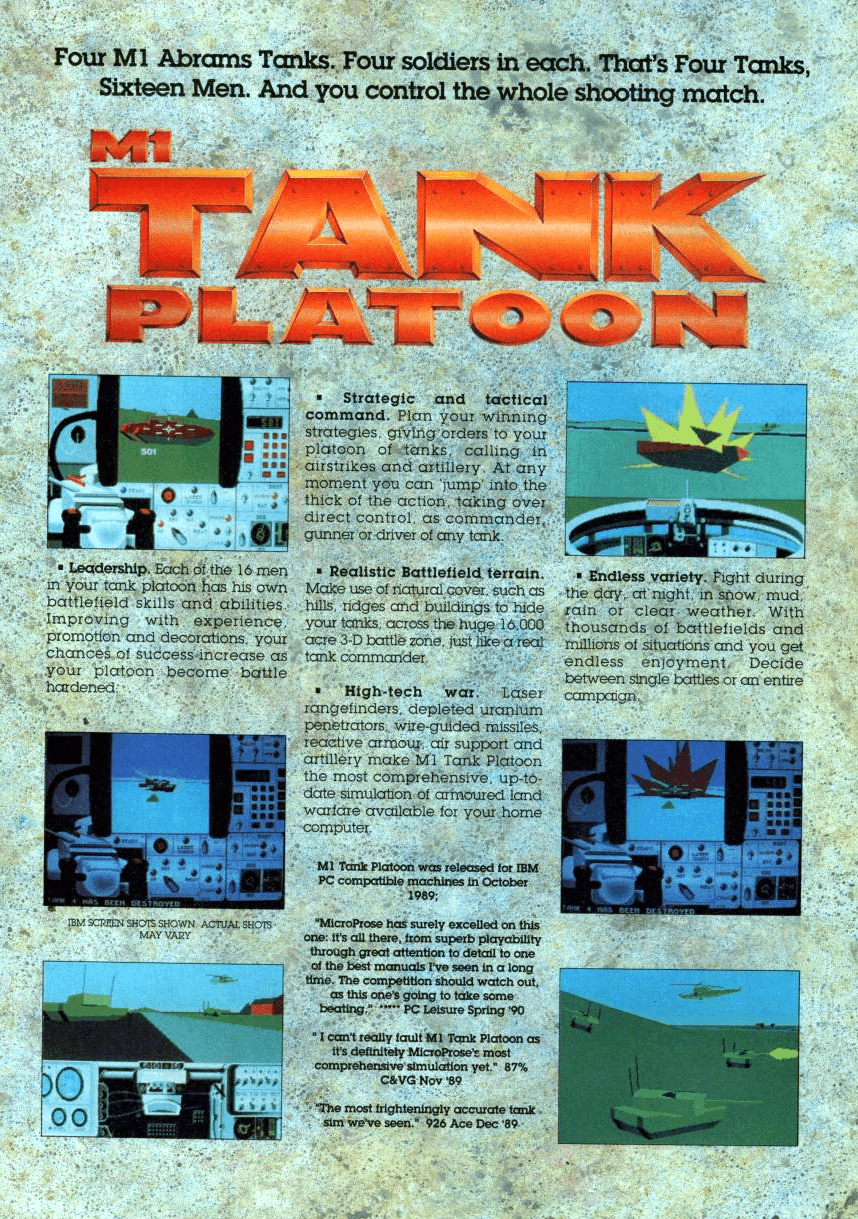 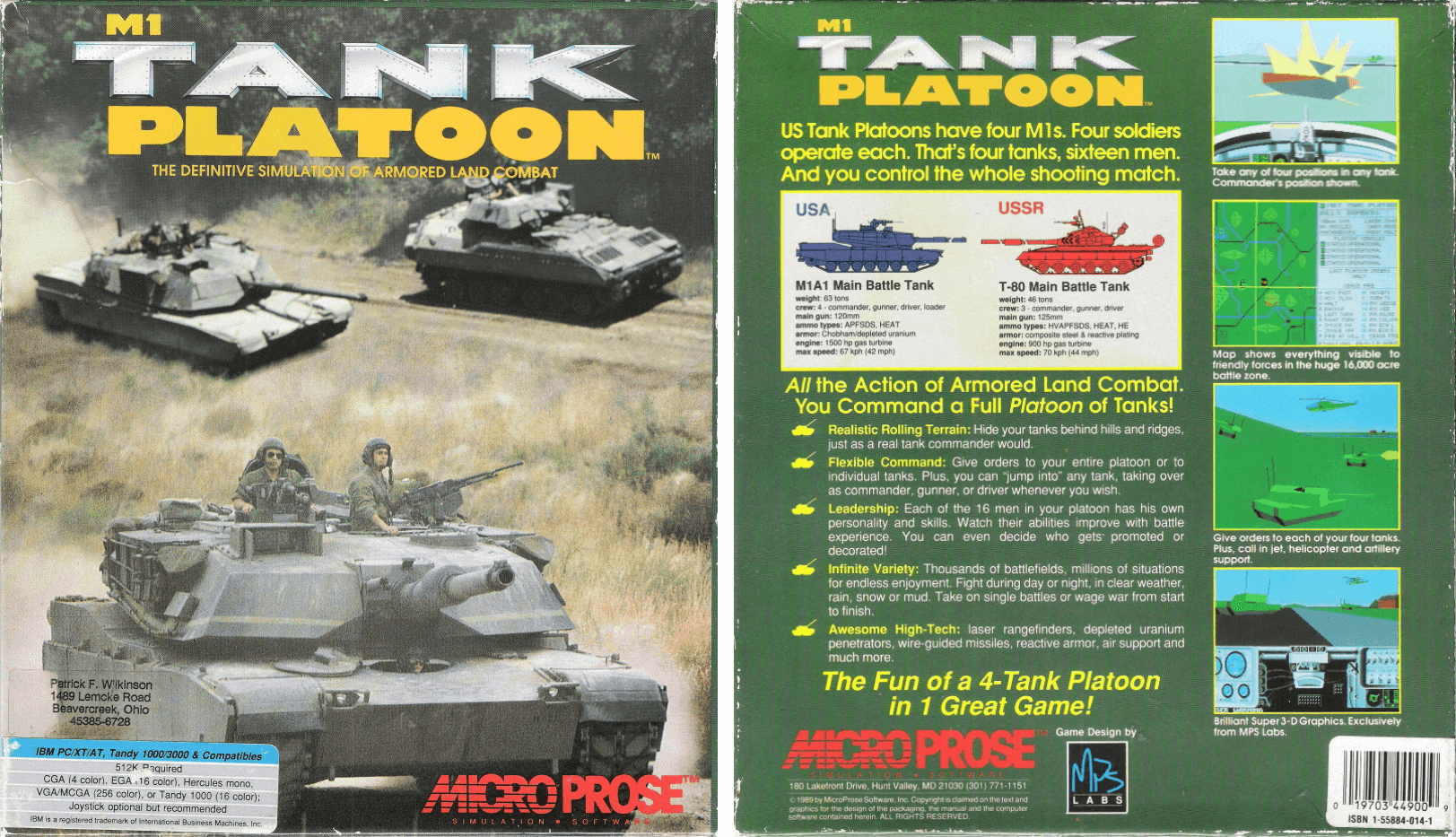 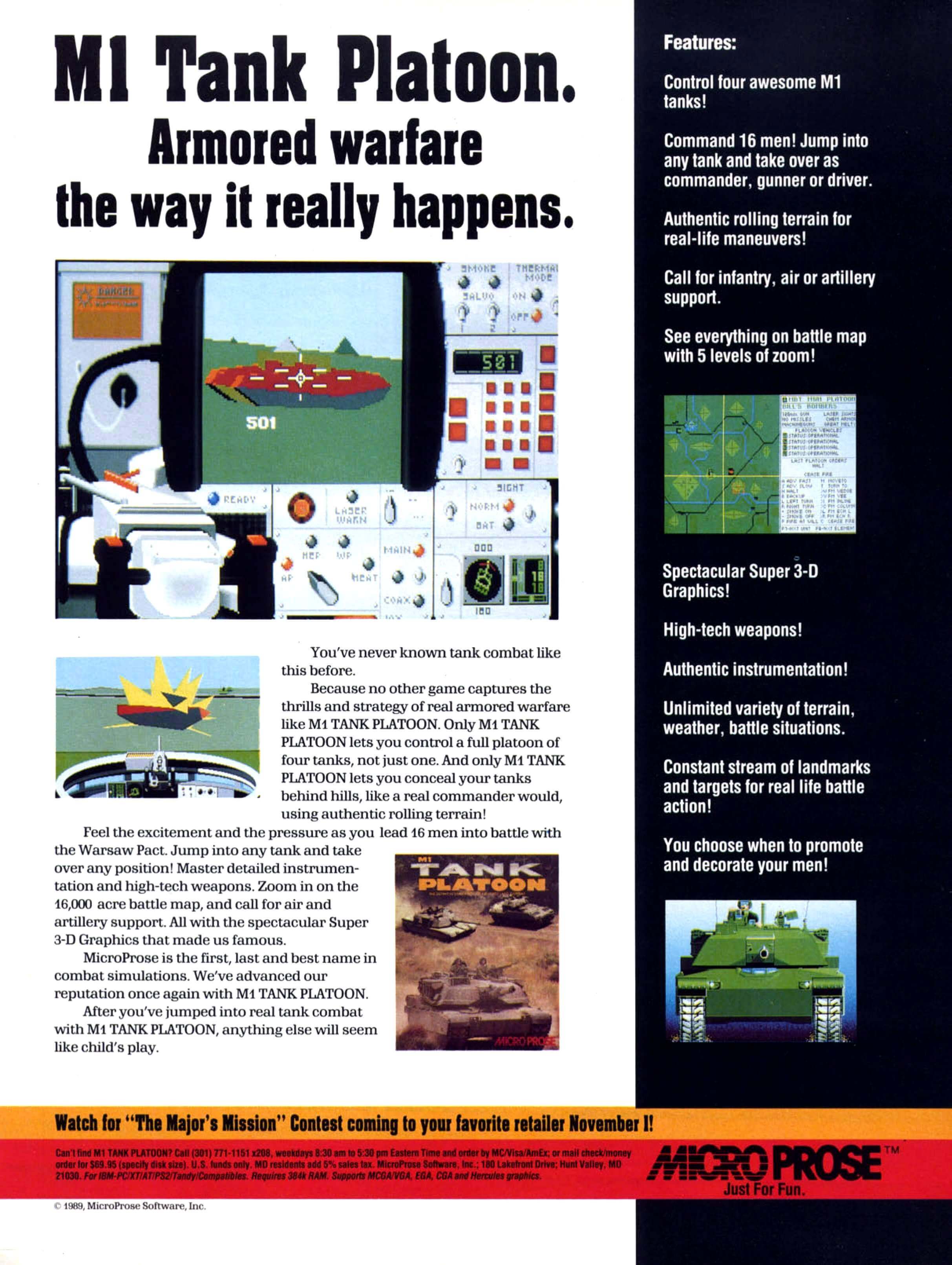 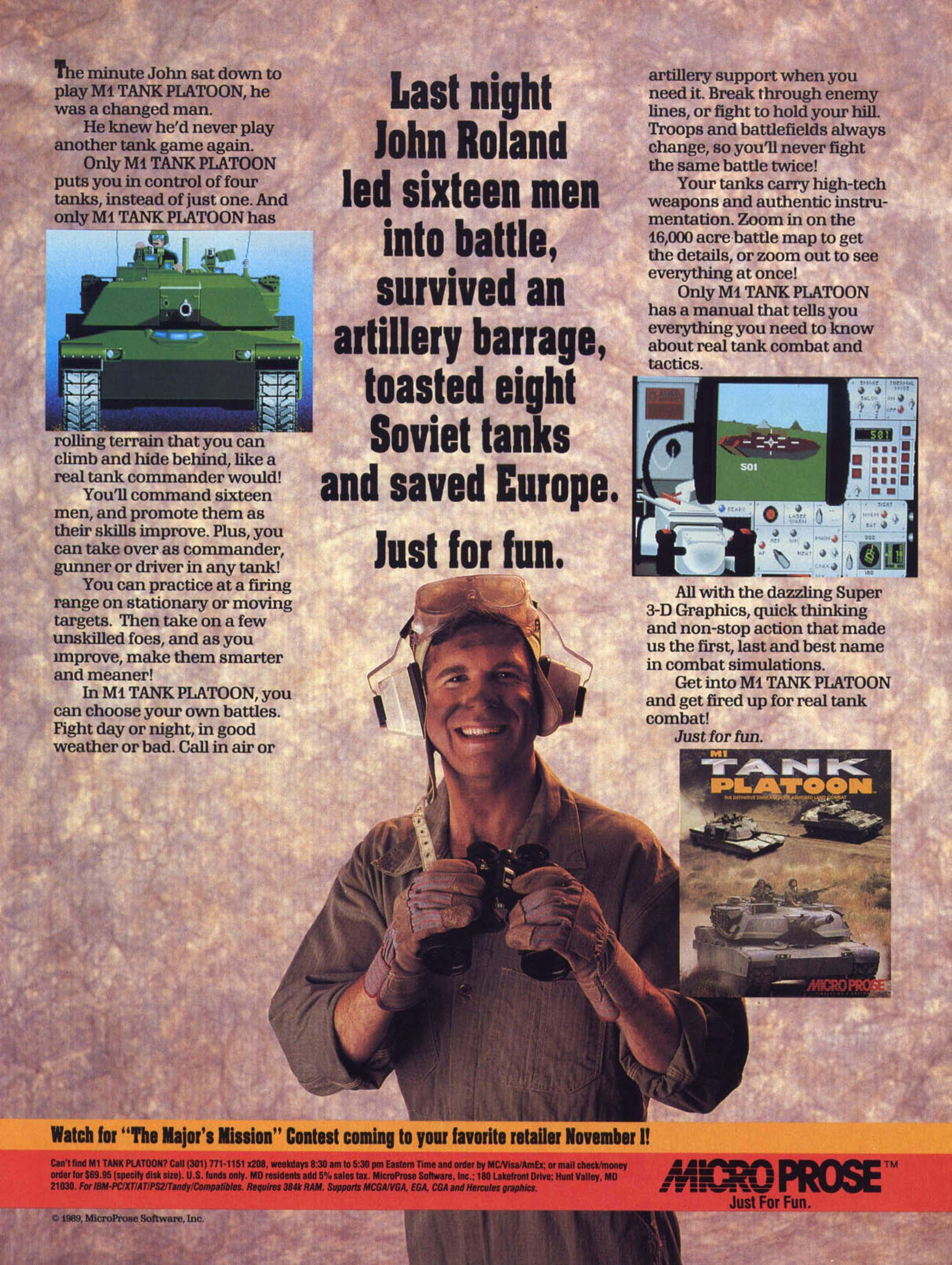