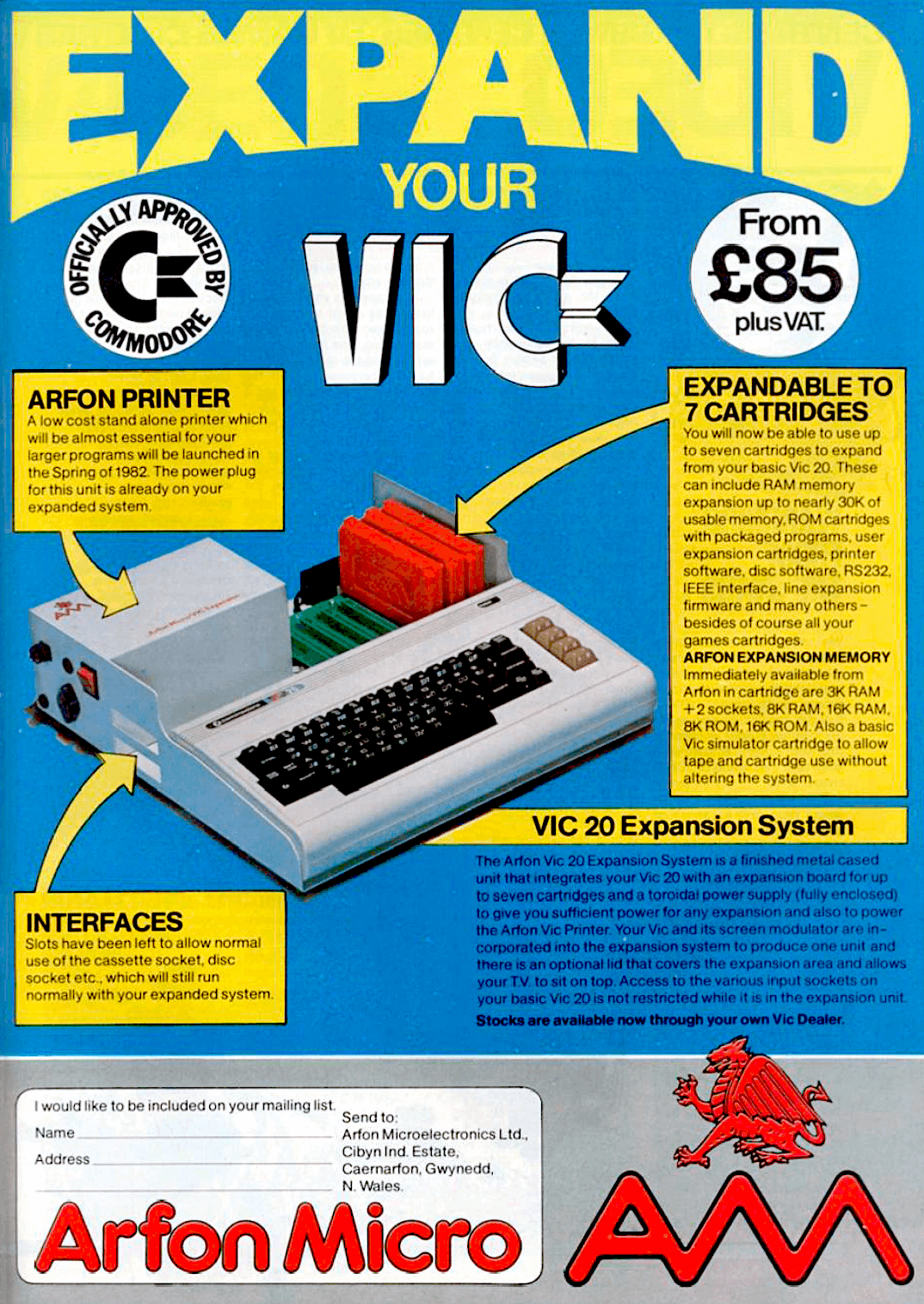 The VIC-20 (in Germany, VC-20, in Japan, VIC-1001) is an 8-bit home computer that was sold by Commodore Business Machines. The VIC-20 was announced in 1980,[3] roughly three years after Commodore's first personal computer, the PET. The VIC-20 was the first computer of any description to sell one million units. It was described as "one of the first anti-spectatorial, non-esoteric computers by design...no longer relegated to hobbyist/enthusiasts or those with money, the computer Commodore developed was the computer of the future."

The VIC-20 was called VC-20 in Germany because the pronunciation of VIC with a German accent sounds like a German expletive. The term VC was marketed as though it was an abbreviation of VolksComputer ("people's computer," similar to Volkswagen and Volksempfänger).

Decline The VIC-20 was the best-selling computer of 1982, with 800,000 machines sold. One million units had been sold by the end of the first full year of production; at one point, 9,000 units a day were being produced.

That summer, Commodore unveiled the Commodore 64, a more advanced machine with 64 KB of RAM and considerably improved sound and graphics capabilities. Sales of the C64 were slow at first due to reliability problems and lack of software. But by the middle of 1983, sales of the C64 took off resulting in plunging sales for the VIC-20. In order to try and staunch the sales decline, by mid-1983 the computer had become widely available for under $90.

As sales of the computer continued to decline, the VIC-20 was quietly discontinued in January 1985. Perhaps the last new commercially available VIC-20 peripheral was the VIC-Talker, a speech synthesizer; Ahoy! in January 1986 wrote when discussing it, "Believe it or not, a new VIC accessory...We were as surprised as you."