The Evil Dead - Video Game From The Early 80's 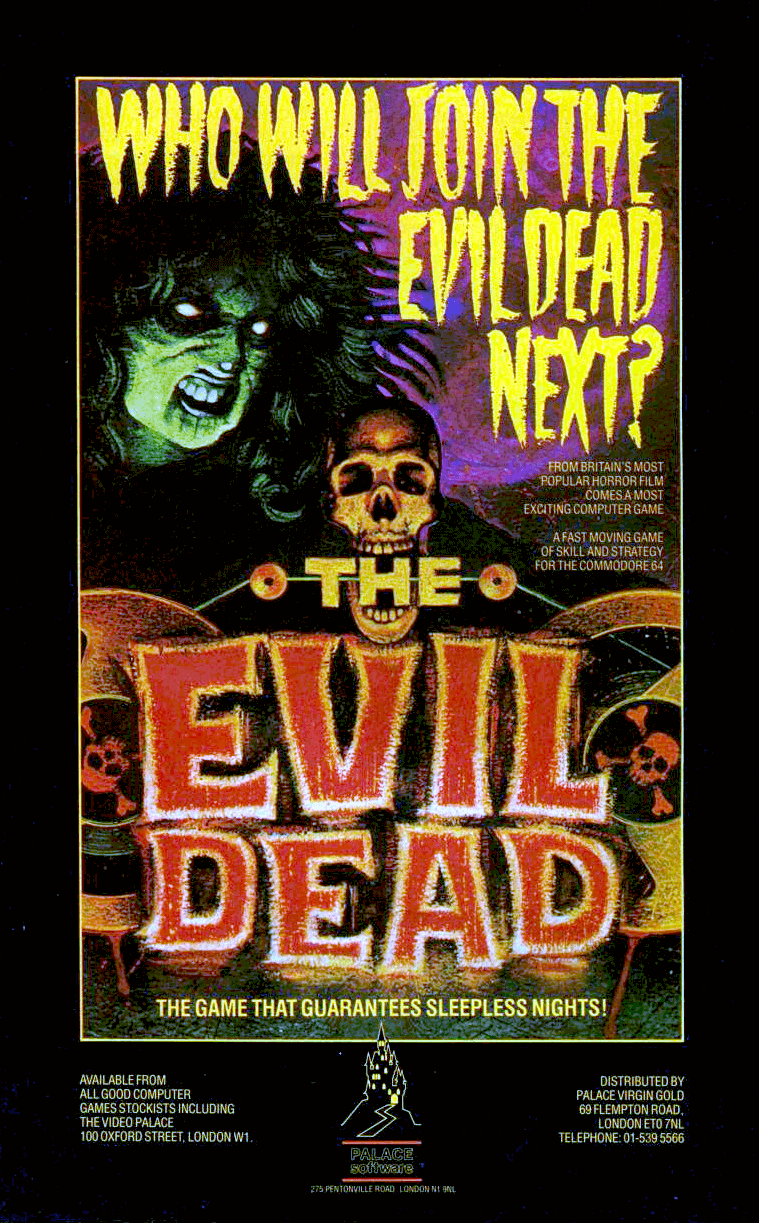 Description
Based on the horror movie of the same name released a year earlier, here you take on the role of the films’ lead protagonist, Ash, and like the film, the game takes place in the isolated cabin deep in the woods, where upon a diabolical evil is set free.

The game is set in the cabin from the Evil Dead film. The player controls Ash, and must close cabin windows to prevent monsters from entering, while also killing monsters that are already in the cabin.

As the player defeats monsters with various weapons (shovels, shotguns, and axes), Ash's energy level decreases. Ash must continuously pick up new weapons in order to increase his energy. Once he has defeated all the monsters, Ash must obtain The Book of the Dead and destroy it in order to defeat the evil.

Trivia
Although the BBC Micro and C64 versions received a full commercial release, the ZX Spectrum version was never released on its own and eventually appeared on the "B"-side of Cauldron.

The Evil Dead was the first (and for some time, only) officially licensed video game based on the series. Starting with 2000's Evil Dead: Hail to the King, several other Evil Dead games have since been released, albeit from other publishers and with no direct connection to Palace's 1984 game. 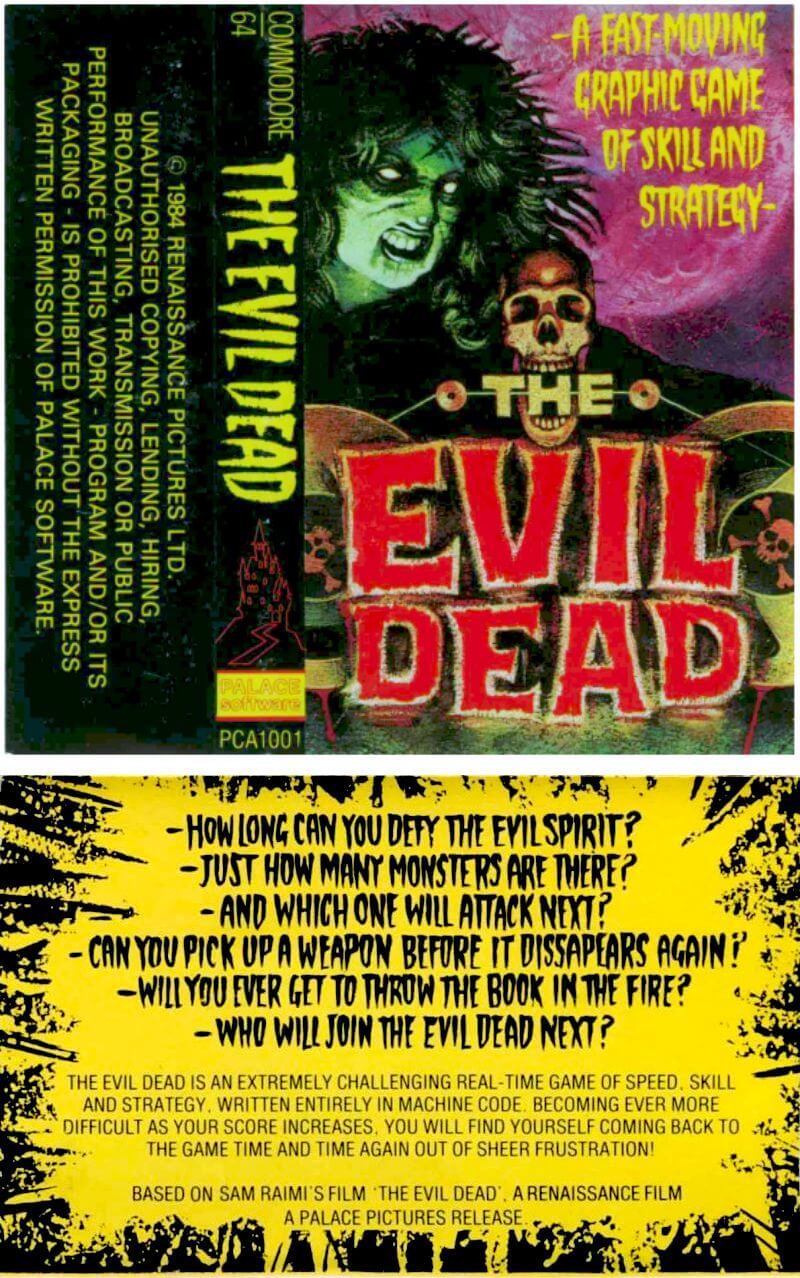