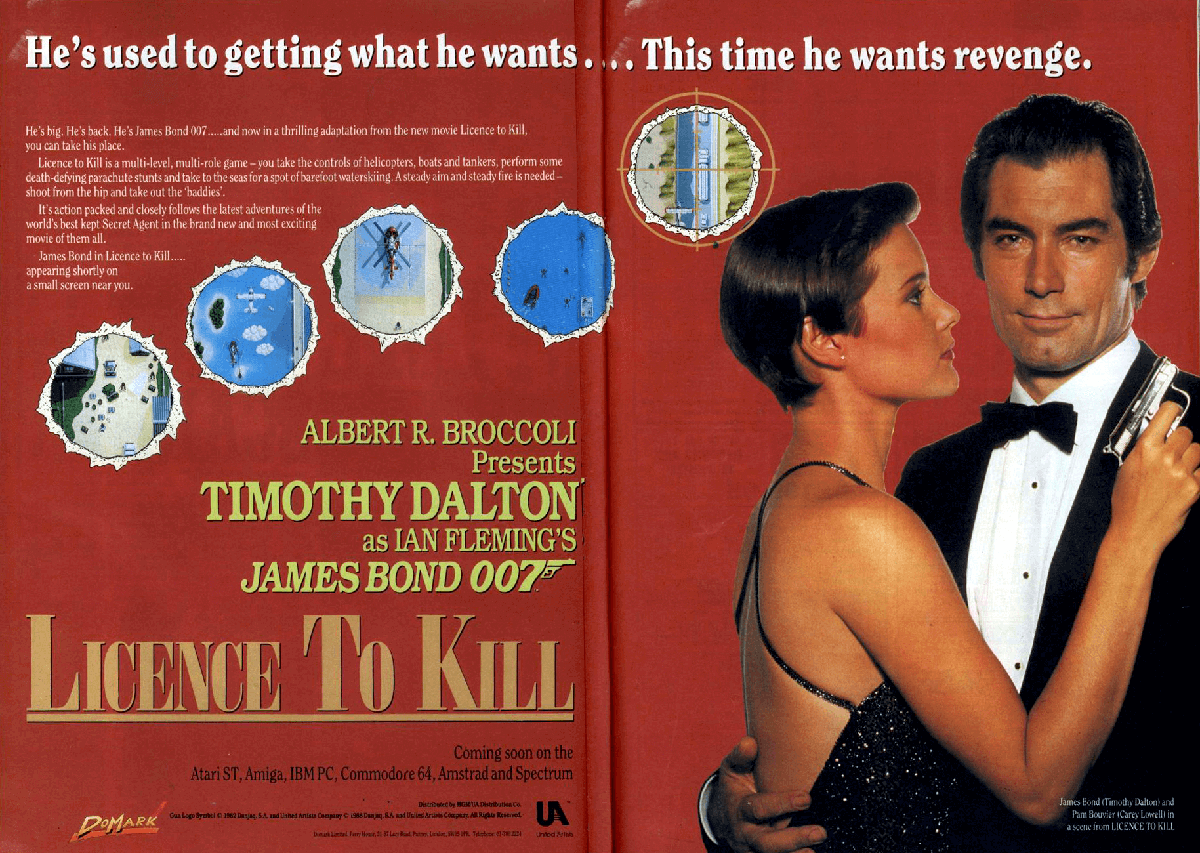 The game's storyline closely follows that of the film, consisting of six scenes in which Bond chases drug czar Sanchez who has murdered his best friend Felix Leiter's bride. The scenes within the game vary in setting and include helicopter chases, underwater diving, water-skis and behind the wheel of an 18-wheel tanker truck.

Releases
007: Licence to Kill targeted multiple platforms initially and post-release with MI6-HQ.com calling it "one of the widest released 007 titles ever."

It was based largely on the graphics from the Spectrum version, but with a freshly written sprite engine, character 'AI', sound effects and status display.

It featured a double buffer screen refresh mechanism to eliminate flicker, and was available in cassette tape and floppy disc versions.[citation needed]

Cancelled NES Port
Originally, there was a port of Licence to Kill for the Nintendo Entertainment System (NES) that was written by Simon Nicol. The game was finished but Domark who was the publisher for Licence to Kill did not think that it was worth releasing because it came out quite a while after the film did.

South Korean release
The game was later released in South Korea in 1996, for the Master System.[citation needed] 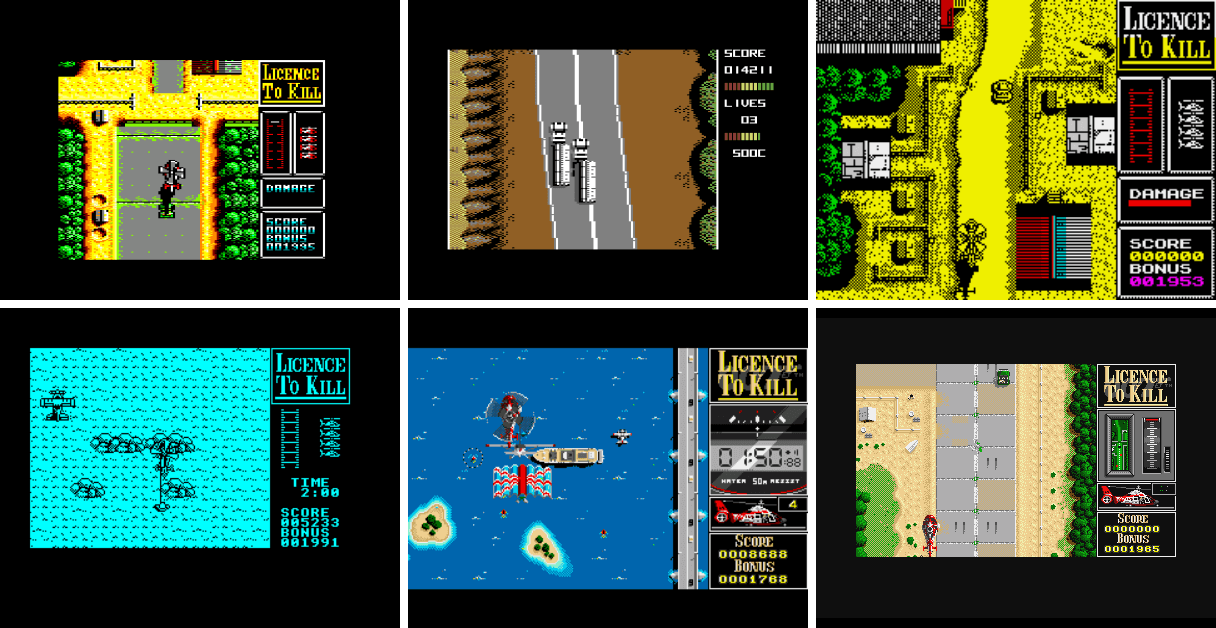