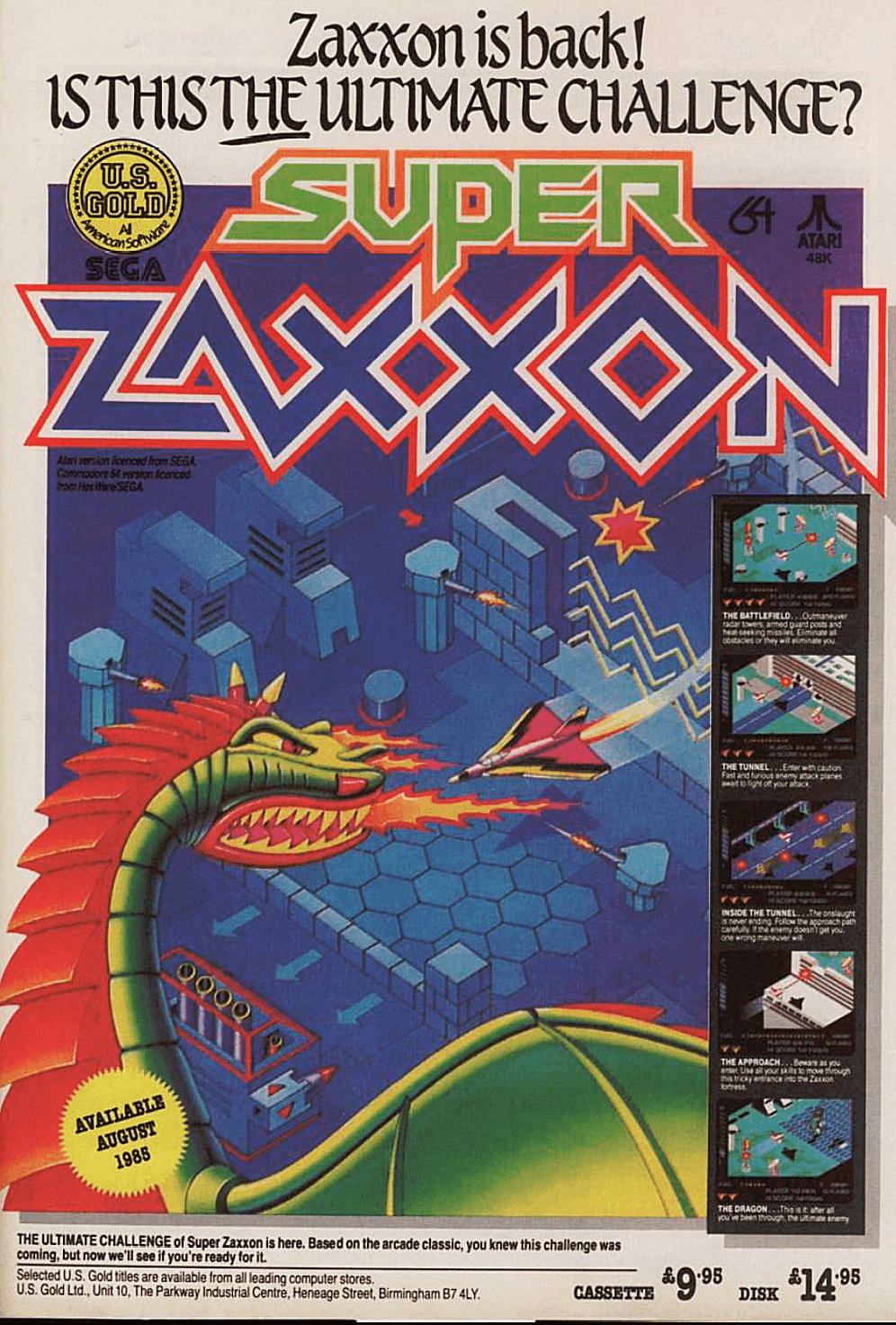 Description
Super Zaxxon is a three-quarter perspective, space shooter style game. You must first go over a base on an asteroid. Things located on this base include gun implacements, fuel tanks, radar stations, missiles, and fighters. After you successfully navigate this base, you will go through a tunnel to tangle with enemy fighters, mine layers, and mines. You then will have to navigate through a series of barriers on another asteroid in order to take on the Super Zaxxon's, the enemy robot dragons.

The game is very similar in appearance to Zaxxon. The differences are:

You can destroy the mines but it takes a few hits.

Commodore 64 licensing
Hesware's C64 license deal was the result of a scheme by one of SEGA's own lawyers, Robert Crane. After having sublicensed Zaxxon to Synapse using his position at SEGA through his own company Universal Licensing, he tried something similar for Super Zaxxon. However, the emerging copyright issues and Crane being laid off at SEGA in January 1984 soon caused complications. At one point, Crane signed with two different pseudonyms for Universal. 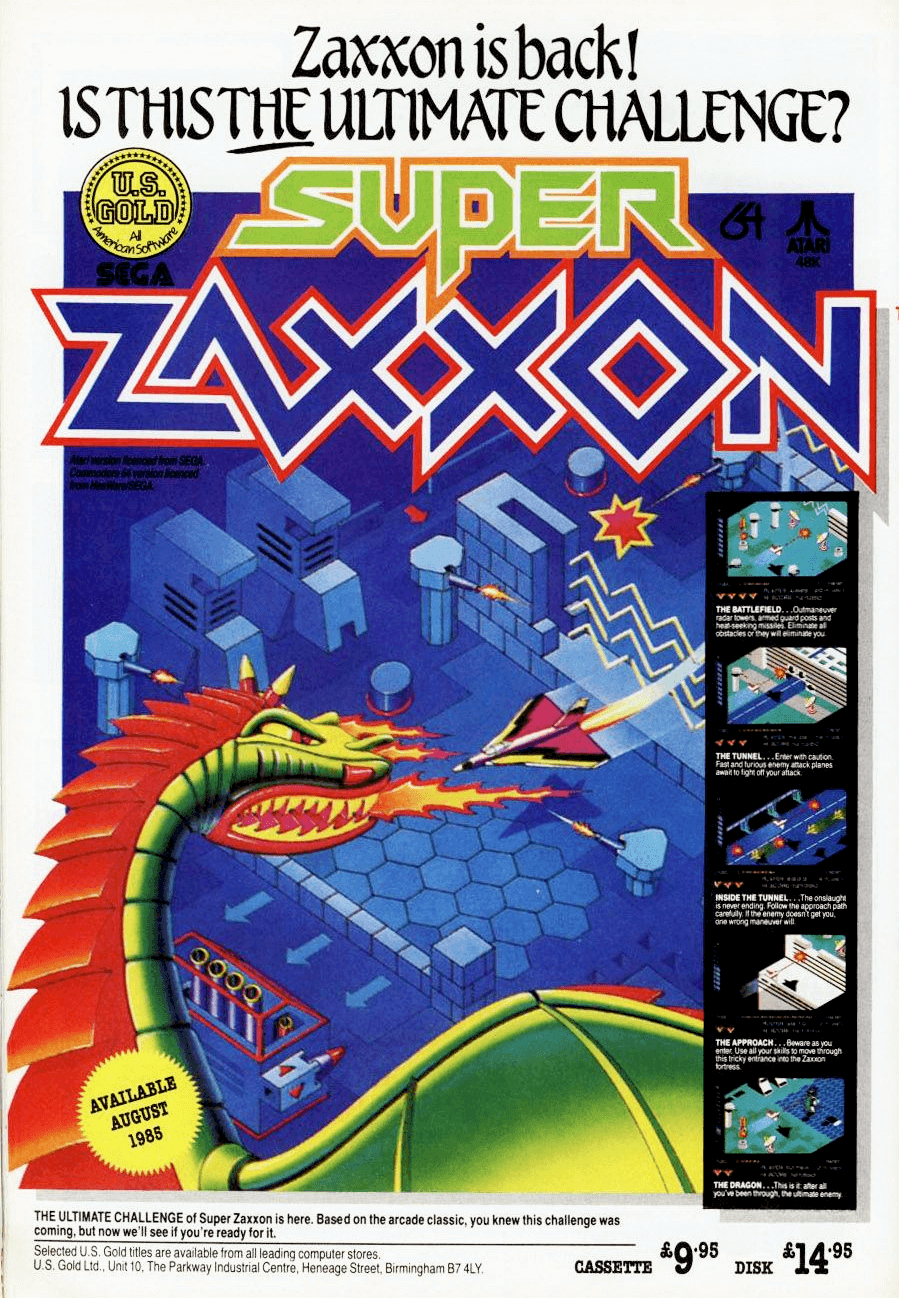 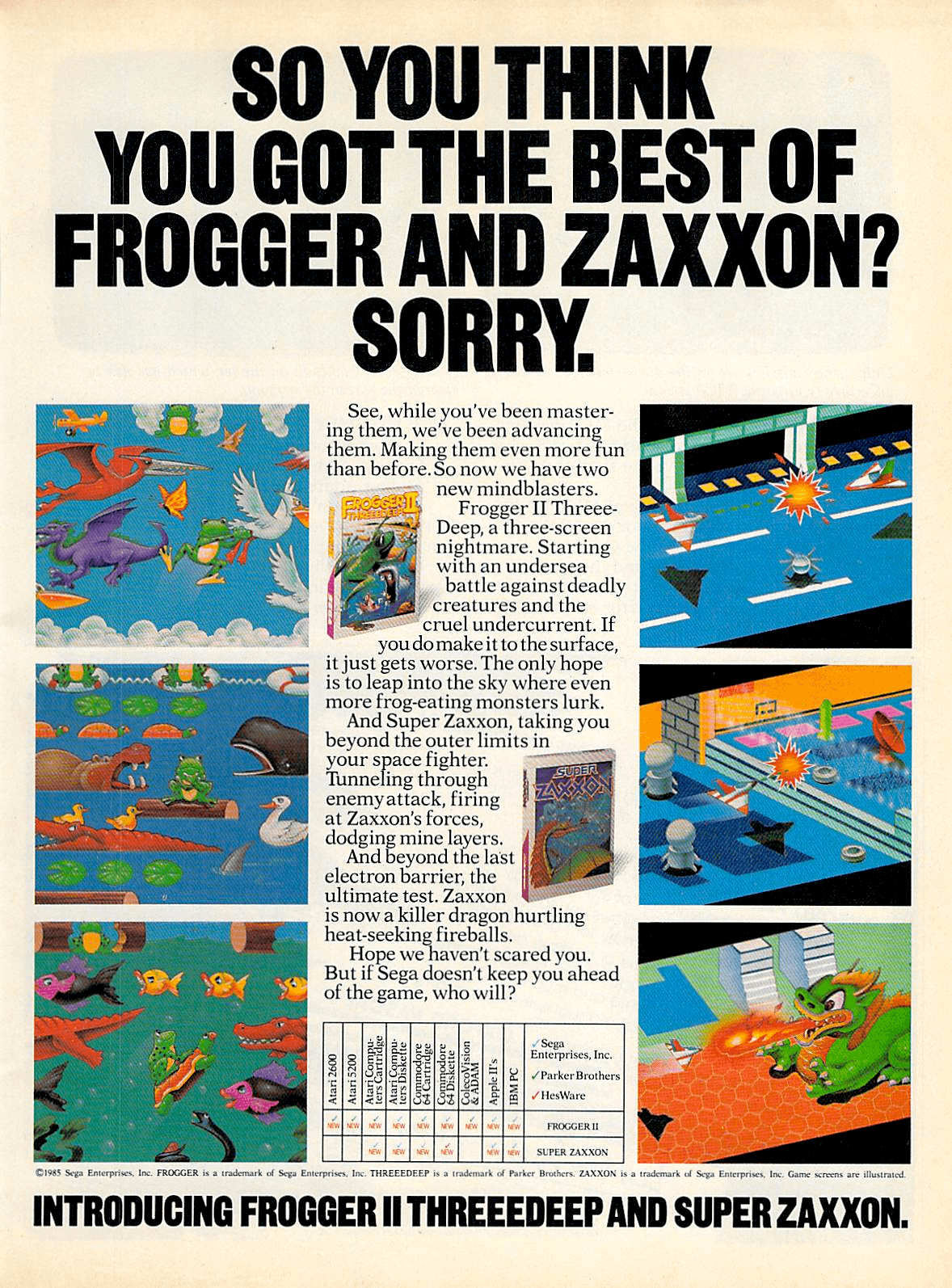