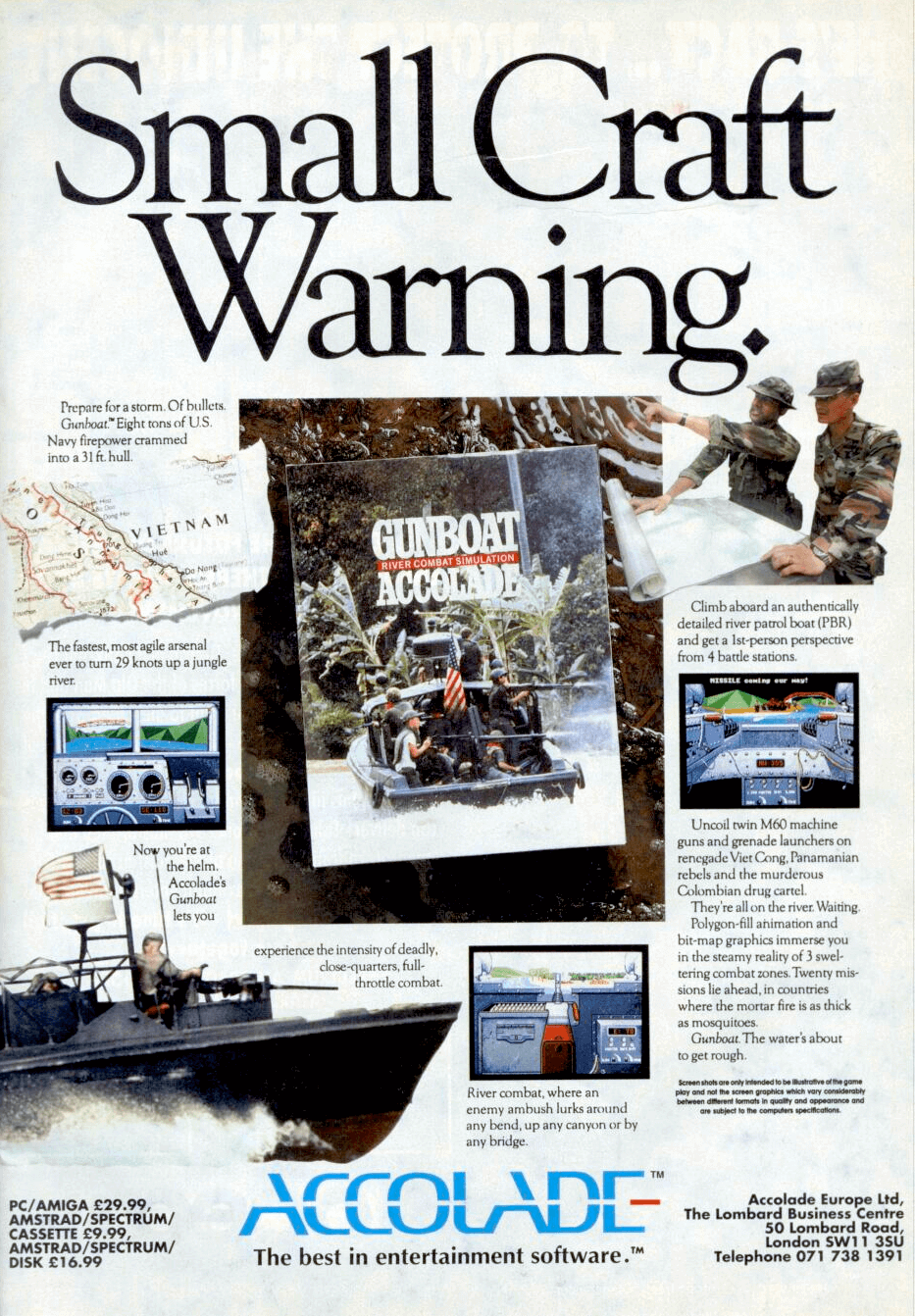 Description
Gunboat is a 2D action simulation. You take control of a U.S. Gunboat in several conflict zones.

The game starts out in Vietnam during the Vietnam War. When the player earns a second lieutenant's bar, the game moves on to battle the drug kingpins of Colombia. After making the grade of lieutenant commander, the player may begin patrolling the Panama Canal Zone.

The player uses the keyboard, the function keys, and the joystick to move through a number of stations aboard the PBR, including those for the pilot, the stern gunner, and the midship gunner. The pilot controls the searchlights and the ship's speed, and can identify targets for the gunners, and command the crew to open or cease fire.

Your Gunboat carries a crew of four men: 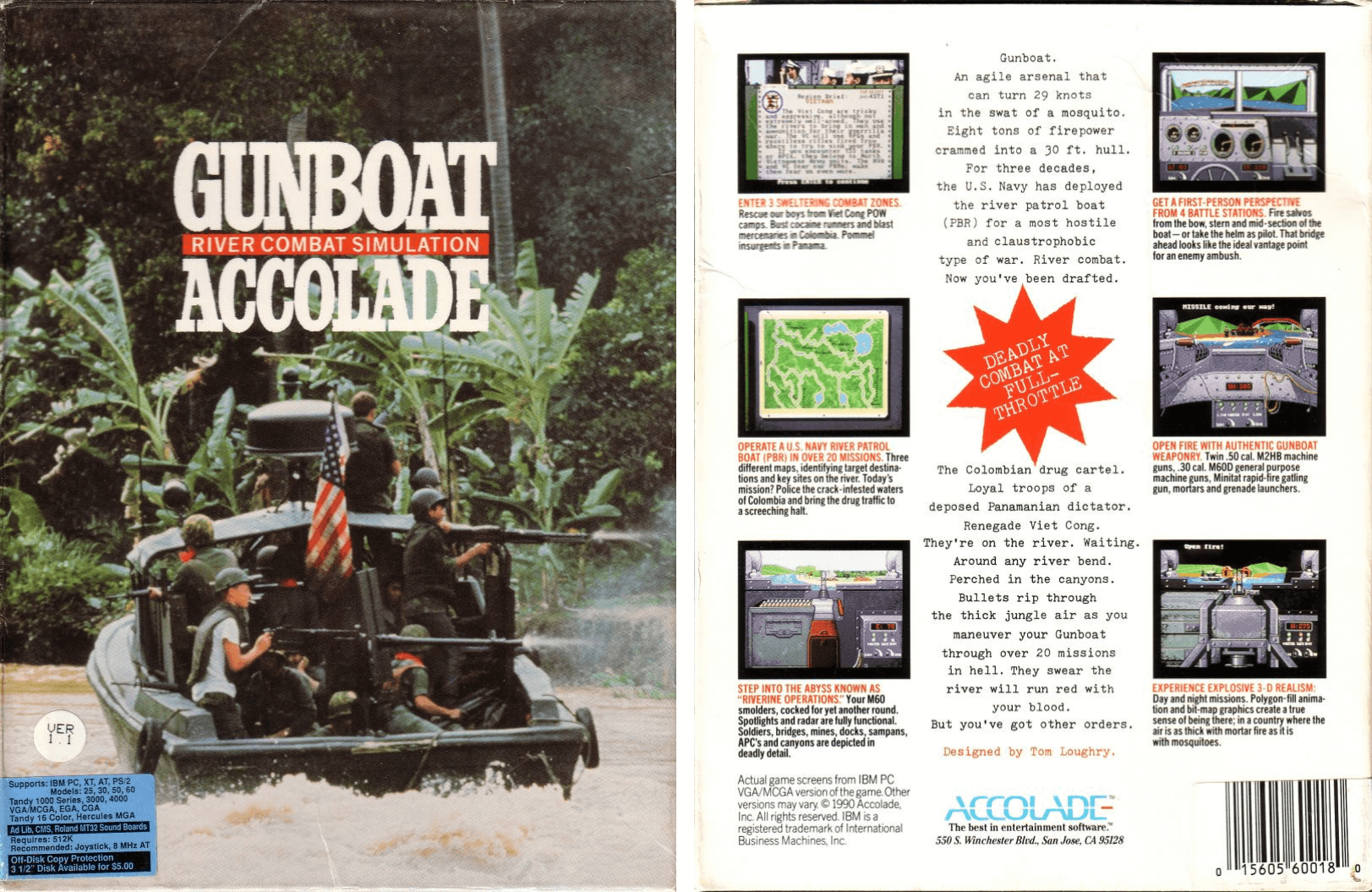