Game Over - Video Game From The Late 80's 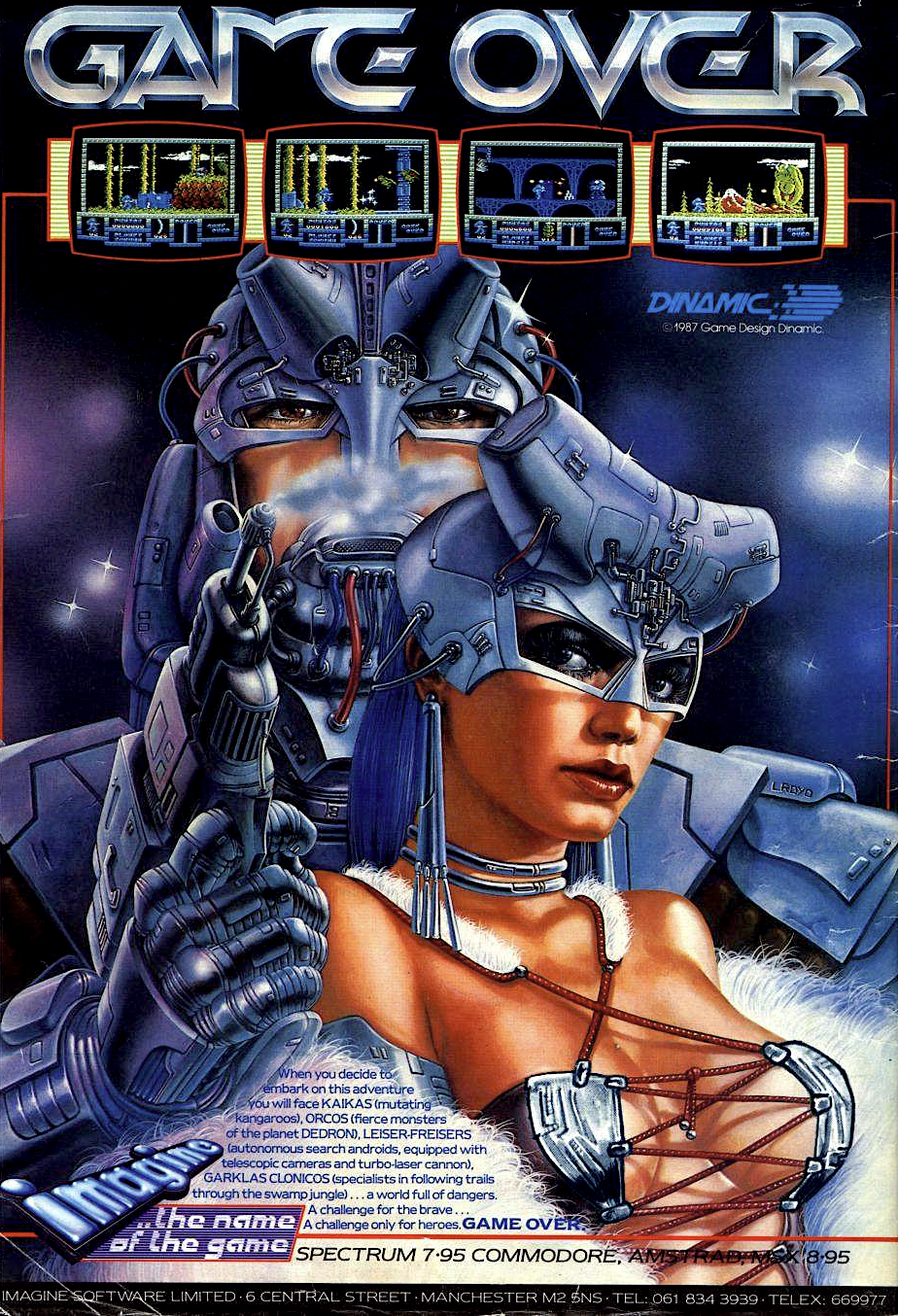 Arkos, a former loyal lieutenant of the beautiful but evil galactic empress Queen Gremla, became a rebel dedicated to end her cruel tyranny. The first part of the game takes place on the prison planet Hypsis, from which Arkos must try to escape. In the second part, Arkos arrives in the jungle swamp planet Sckunn to infiltrate the queen's palace, defeat her Giant Guardian robot, and assassinate her.

The game is best known for a controversy regarding the image of Queen Gremla where a visible nipple that can be seen in its advertising and inlay artwork (which has originally appeared on the cover of Heavy Metal (May 1984 - Vol.8 No.2) called Cover Ere Comprimee and is attributed to Luis Royo).

Oli Frey, the art editor for Crash magazine, painted over the original bare-breasted image with a thin grey corset so that it could be printed, but retailers still demanded that logos be placed over the nipples.

Game Over won the awards for best advert and best inlay of the year, according to the readers Crash. 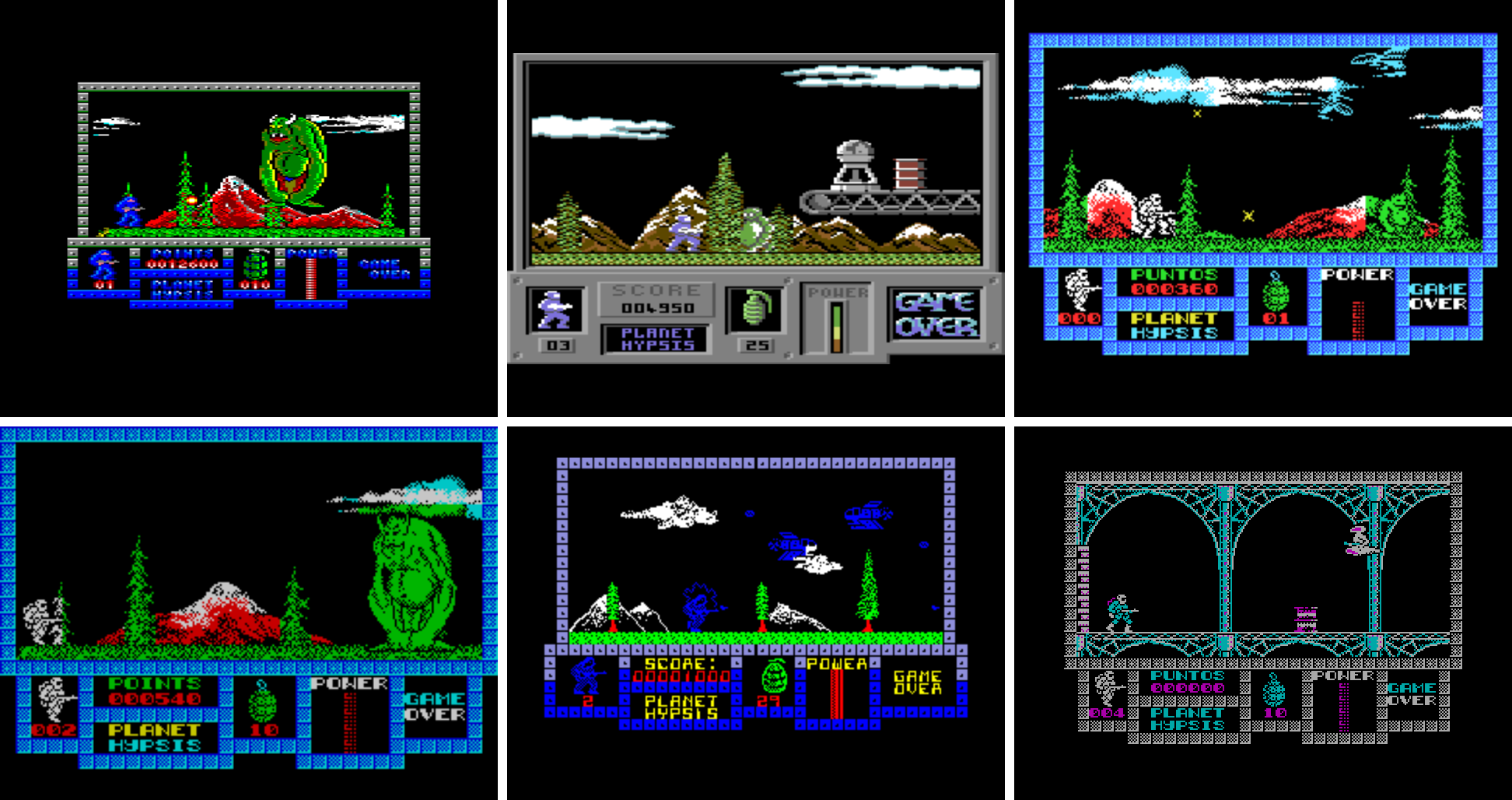