Advanced Dungeons and Dragons: Gateway to the Savage Frontier - Video Game From The Early 90's 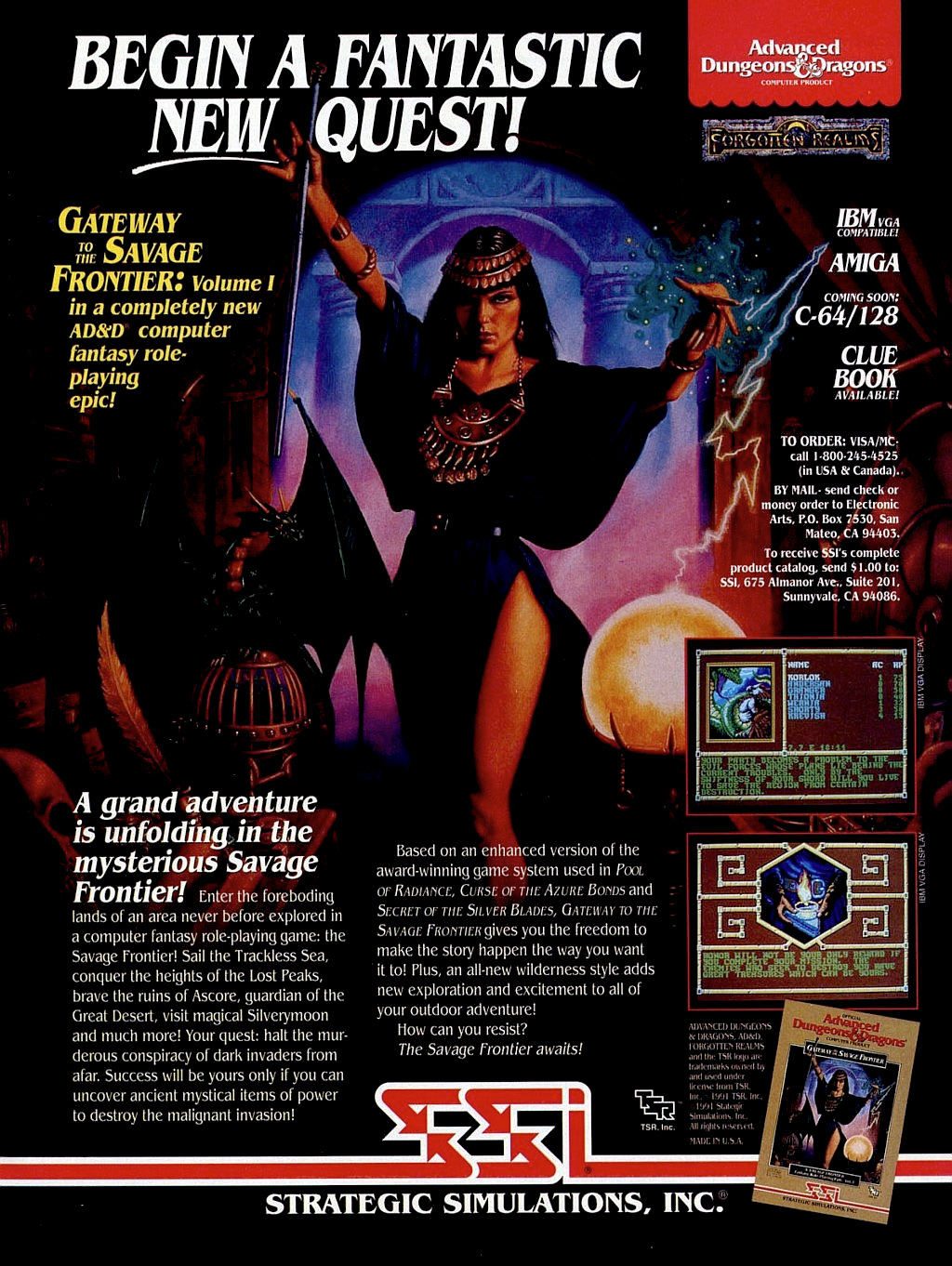 The party of adventurers has just escorted a caravan from the dwarven-ruled citadel Adbar to the city of Yartar. Now it's time to relax - the heroes head to the nearest tavern for food and drinks. However, somebody slips a drug into their food, and they all pass out. Upon awakening, they discover that they have been robbed of nearly all their possessions. The heroes must now begin everything from scratch. Investigating the matter, they unravel a much bigger and more sinister plot, which involves the evil organization Zhentarim and their plans for conquering the land.

Gateway to the Savage Frontier is a Gold Box Advanced Dungeons & Dragons role-playing game set in a Forgotten Realms area known as the Savage Frontier. The gameplay is very similar to other games in the series, including creating and managing a six-member party of adventurers following the AD&D rules, first-person view for exploration, and turn-based combat. A new addition is a world map travel mode, which includes enemy encounters, and character-specific side quests, which can be undertaken by finding and talking to certain non-playable characters. 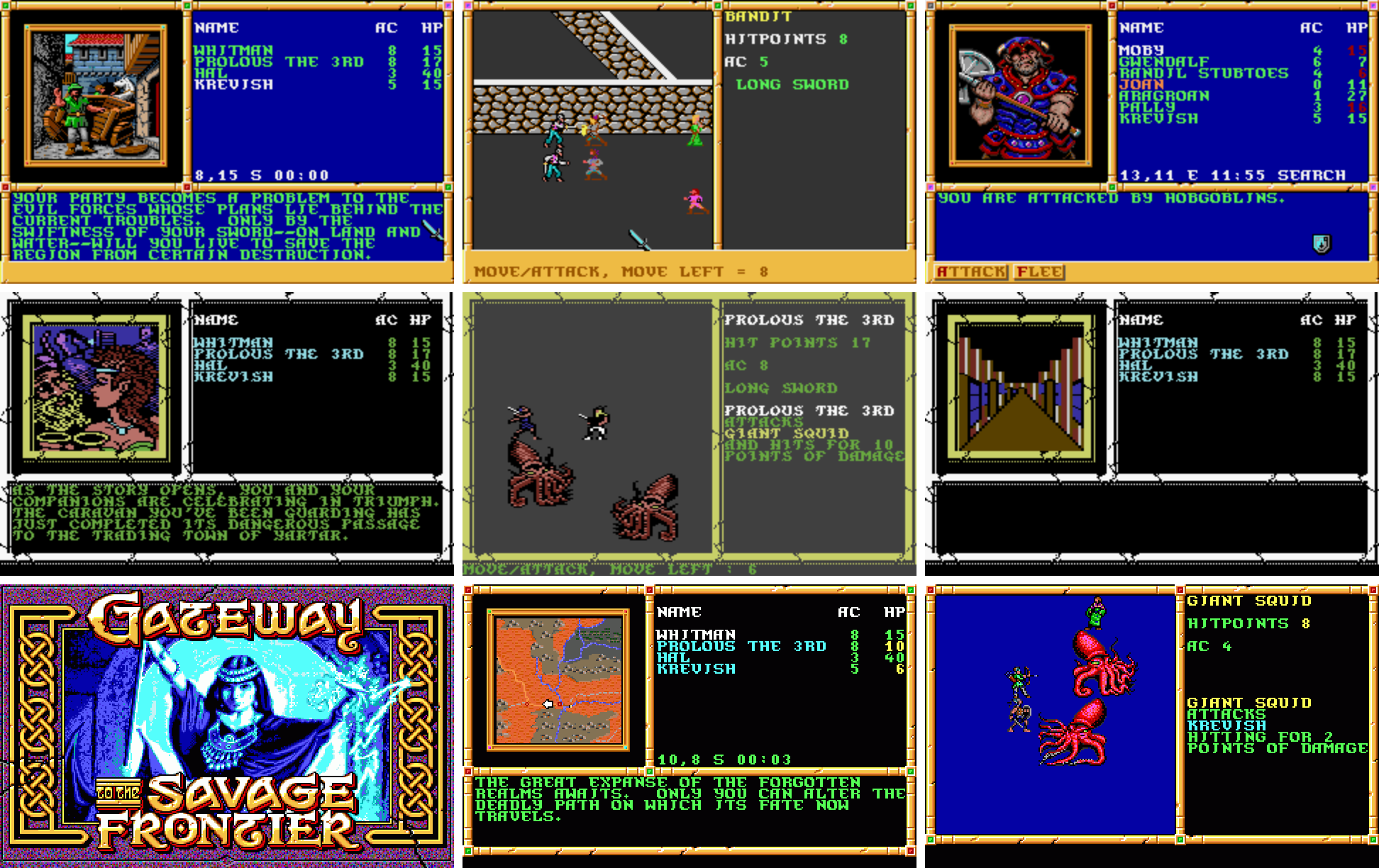 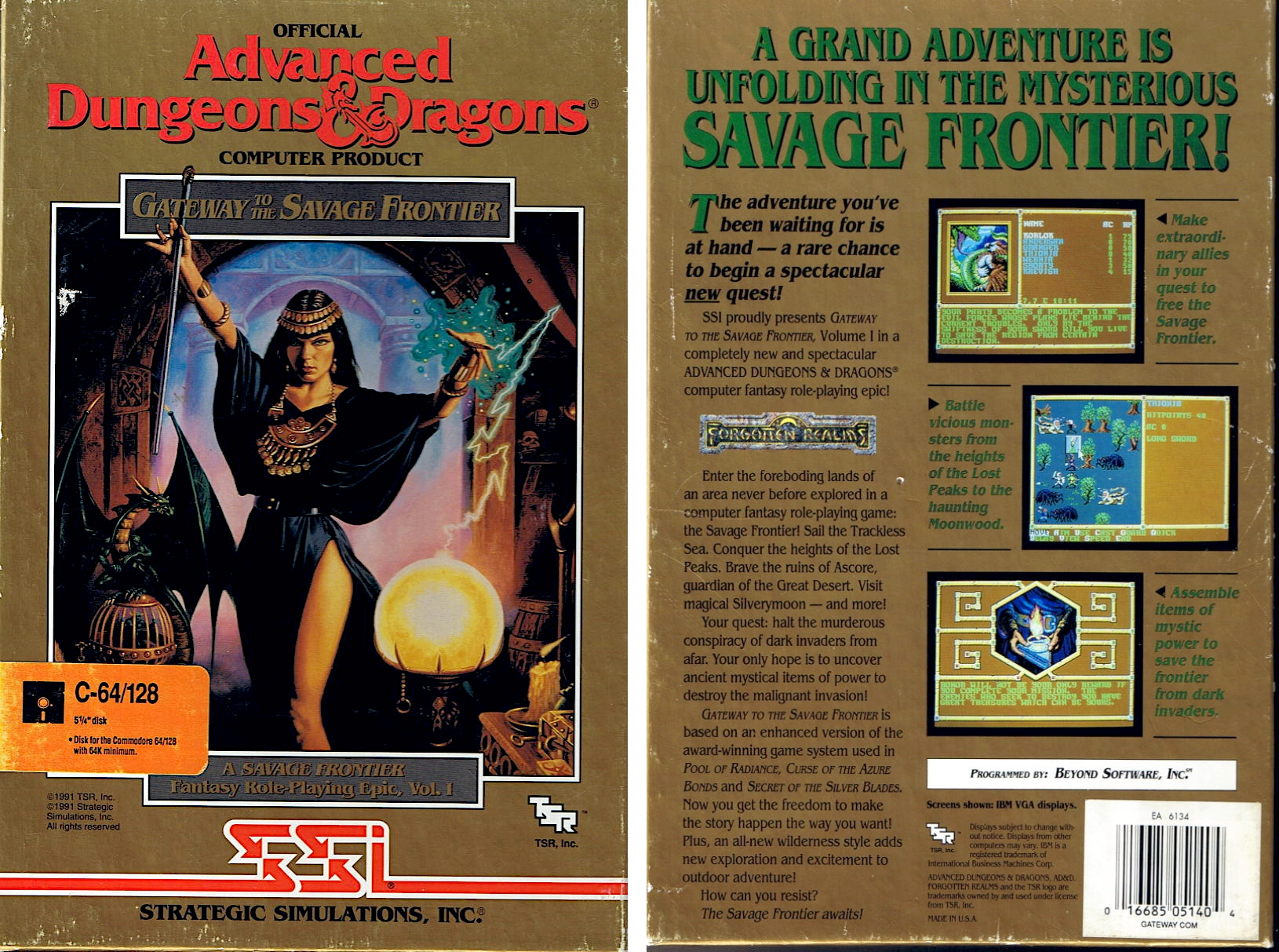 When SSI began work on the Dark Sun game engine in 1989 after the completion of Secret of the Silver Blades, they passed responsibility for continuing the Forgotten Realms Gold Box games to Stormfront. Designers Don Daglow, Mark Buchignani, David Bunnett, Arturo Sinclair and Mark Manyen set the action for the game in an area of the Forgotten Realms that TSR had labeled The Savage Frontier, north of Waterdeep and south of Luskan along the Sword Coast. The area was far to the west of the region that hosted the action for Pool of Radiance and its sequels.

One of the major locations in the Savage Frontier, Neverwinter, spun off a new chapter. Stormfront gained the support of AOL executive Steve Case to create the first-ever graphical MMORPG, and to base it on the Gold Box engine. To leverage the existing game and cross-promote the titles, Daglow based the new MMORPG in Neverwinter and named it Neverwinter Nights.

The game's principal technical enhancement to the aging Gold Box engine was the addition of wilderness play, where the party traveled long distances on the map while following the basic D&D rules for combat with wandering monsters.

The game also featured character-specific side-quests, with two NPCs who can open these optional missions. The side quests in turn open different endings for the game.