Ghostbusters - The Computer Game - Video Game From The Mid 80's 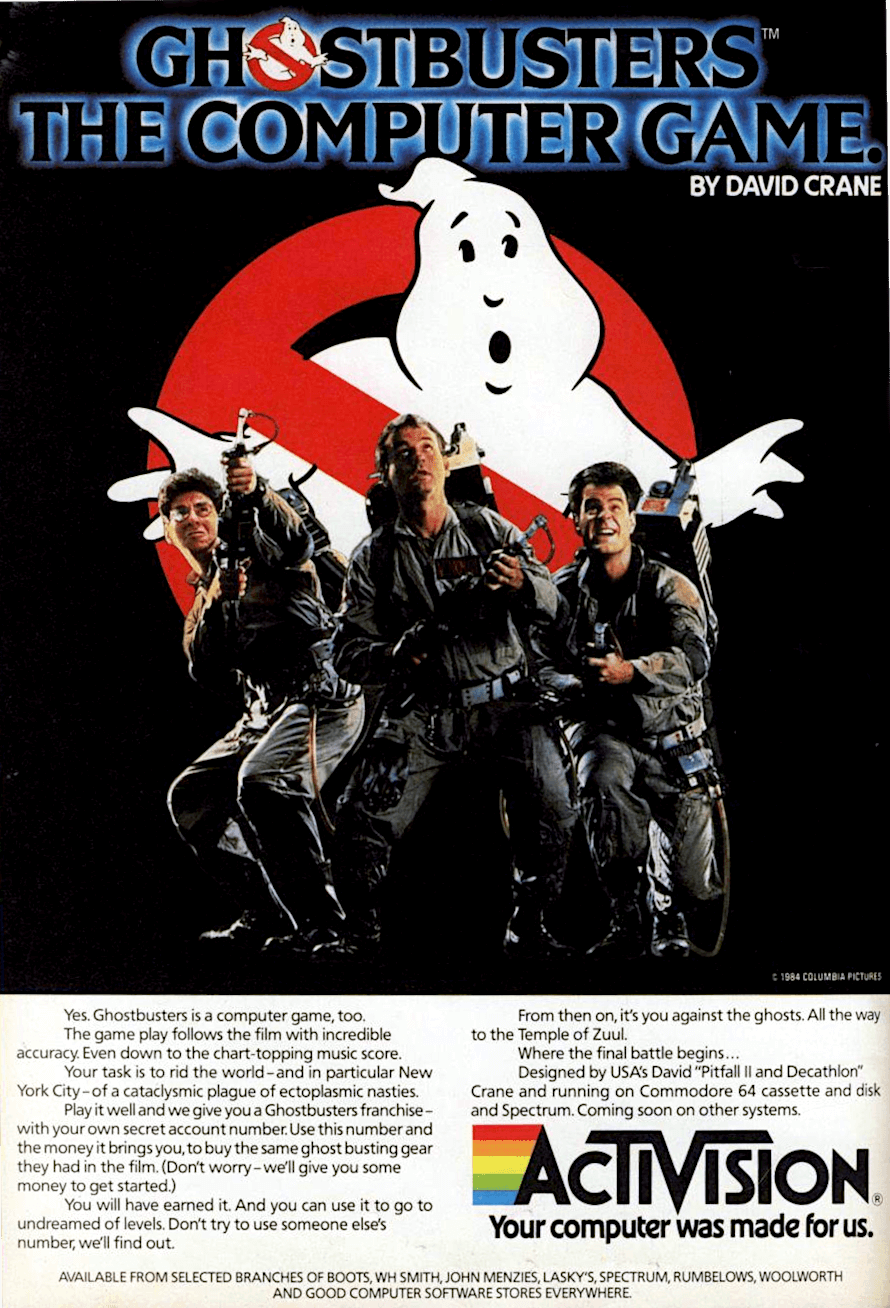 Ghostbusters is a licensed game by Activision based on the movie of the same name. It was designed by David Crane, produced by Brad Fregger, and released for several home computer platforms in 1984, and later for video game console systems, including the Atari 2600, Master System and NES. The primary target platform was the Commodore 64 and the programmer for the initial version of the game was Adam Bellin. Ghostbusters is an action game that features an overhead-view and a side-view. From Ghostbusters HQ, the player must monitor a map of midtown Manhattan for "ghost alarms", as well as for casual, roaming spirits, and plot a route to the alarmed area. Once the route is plotted, the player then controls the purchased Ghostmobile as it drives through traffic. Here, the player is able to capture casual ghosts on the way if they are en route. When the haunted location is reached, the game switches to a side-view. Two of the Ghostbusters will take position, activate their proton beams, and toss a trap to the ground. The player must then use the two Ghostbusters to attempt to lead the ghost(s) over the placed trap. Once activated, the trap springs to capture any ghosts directly above it. A successful capture will earn the player money, which can then be used to purchase new Ghostbusters vehicles and new modifications for it. An unsuccessful capture will see the ghost fly away (after nastily sliming one of the Ghostbusters).

As the game progresses, the PK energy in the city increases. The Ghostbusters must keep it under critical levels by being constantly successful at busting ghosts. Eventually the Temple of Zuul will activate, and if the PK levels are still manageable, the Ghostbusters can venture there for a final showdown with Gozer.

Crane had already been working on what would become the game, and made a beta version with the driving and franchising elements, but it wasn't until getting the Ghostbusters license that he had a setting for those game elements. The title screen sing-a-long feature of the computer version was not added until the week before the game was finished.

In early 1984, while the Ghostbusters movie was nearing completion, Tom Lopez, vice president of Activision's Product Development, contacted Columbia Pictures to obtain a license for a Ghostbusters video game. Columbia gave Activision no specific rules or requests for the design or content of the game, only stipulating that it was to be finished as quickly as possible in order to be released while the movie was at peak popularity. Activision were forced to complete the programming work in only six weeks in contrast to their usual several months of development time for a game. Activision had at the time a rough concept for a driving/maze game to be called "Car Wars", and it was decided to build the Ghostbusters game from it. The effort paid off as both the movie and the game proved to be huge successes.

License
Like the cartoon based on the movies, Activision was not allowed to use the likeness of the actors that performed in the movie.

Music
The game title music and speech based on the original theme music from the movie written by Ray Parker Jr.

Speech samples
Most versions of the game feature a sampled rendition of the "Ghostbusters!" cry at the start of the movie's theme song; on the C64 version, this was produced via a Currah Speech Cartridge. The PCjr/Tandy port does not have this feature.

NES version
The NES version of the game differs in a few ways from its computer counterparts. First, the driving sequences feature a "zoomed out" perspective, meaning that the Ghostbusters car is smaller on the screen and that there is more road to manuver[sic] over. Also, gone is the ability to purchase different vehicles (which was in all versions of the game). By contrast, there are more items to buy and equip from the shop than other versions. Finally, the NES version features a unique Temple of Zuul sequence at the end of the game where the Ghostbusters must slowly climb the stairwell of the building to the rooftop, avoiding the touch of enemy ghosts that fly around.

ZX Spectrum versions
Spectrum first version In the rush for a pre-Christmas release, the Spectrum version did not work with the popular Kempston joystick interface. Even worse, the game crashed on selecting this joystick add-on. According to ACE (issue # 15), thousands of copies had to be replaced with a working version.

128K version Two years after the 48K release an enhanced version of the game appeared. The only new addition was a funky AY version of Ray Parker Junior's theme song. 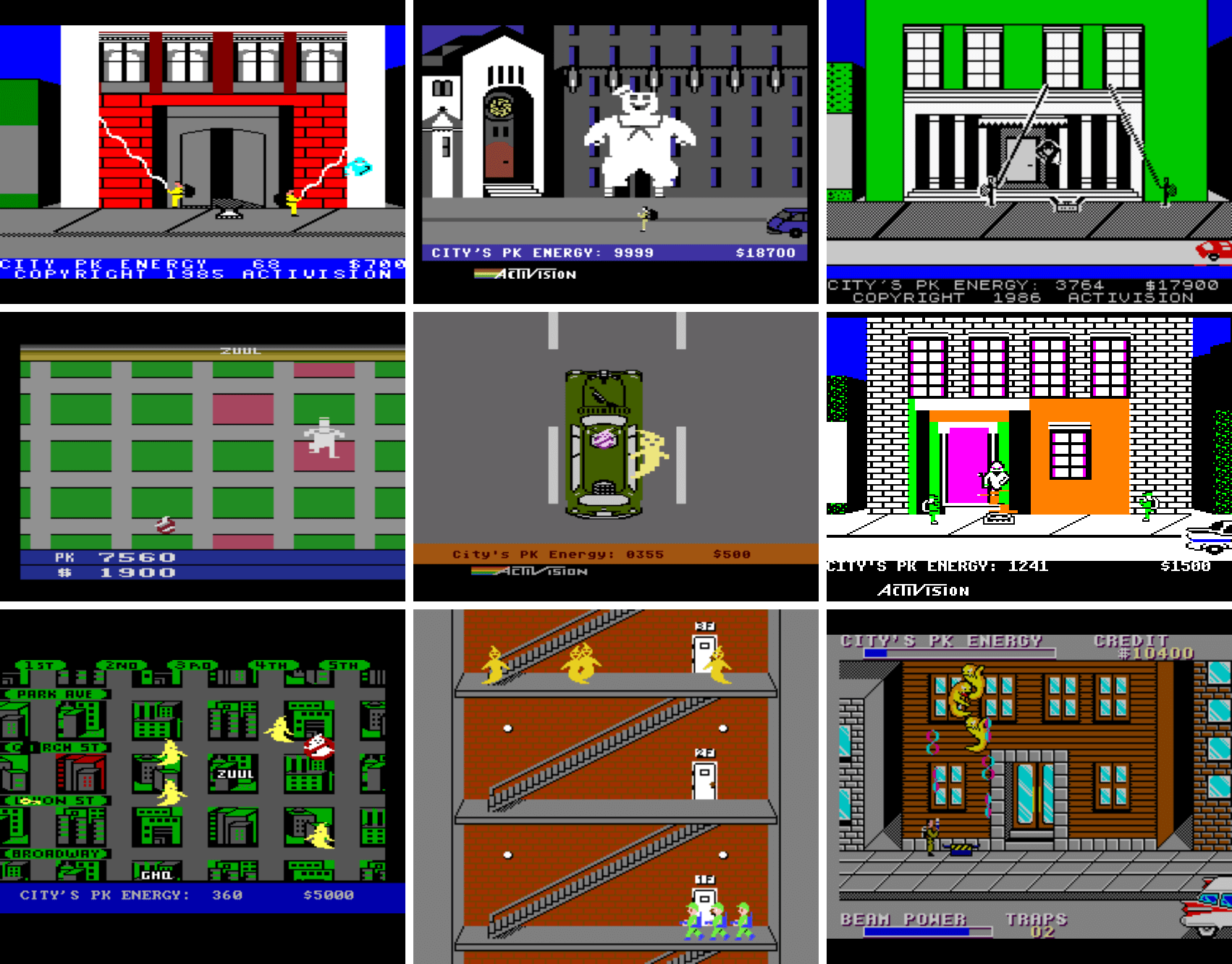 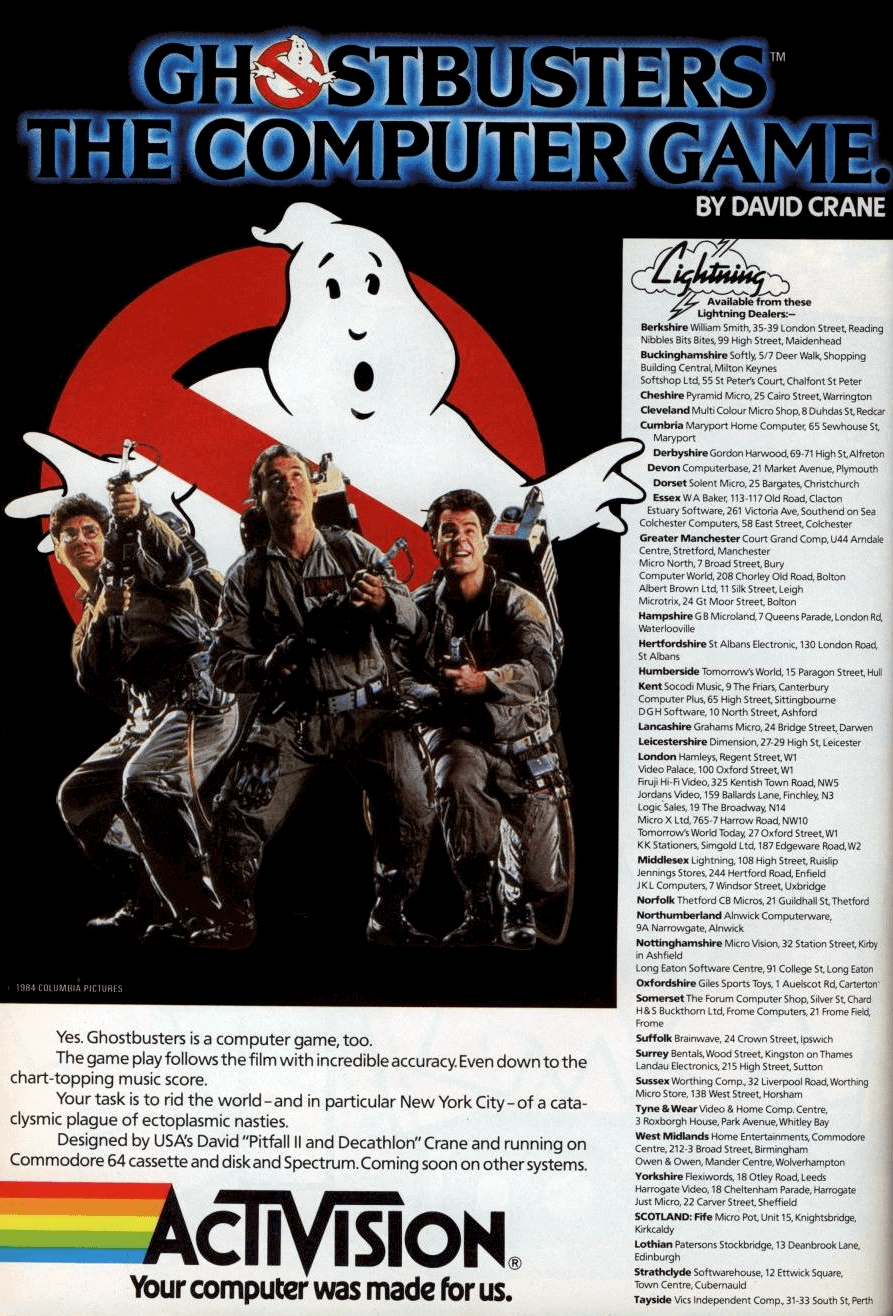 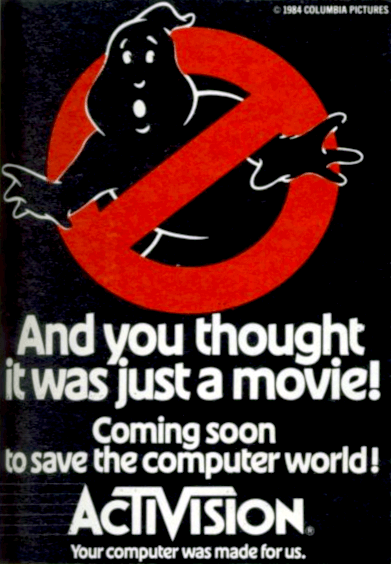