LunarLandr
8 months ago • 766 Views
Get Links 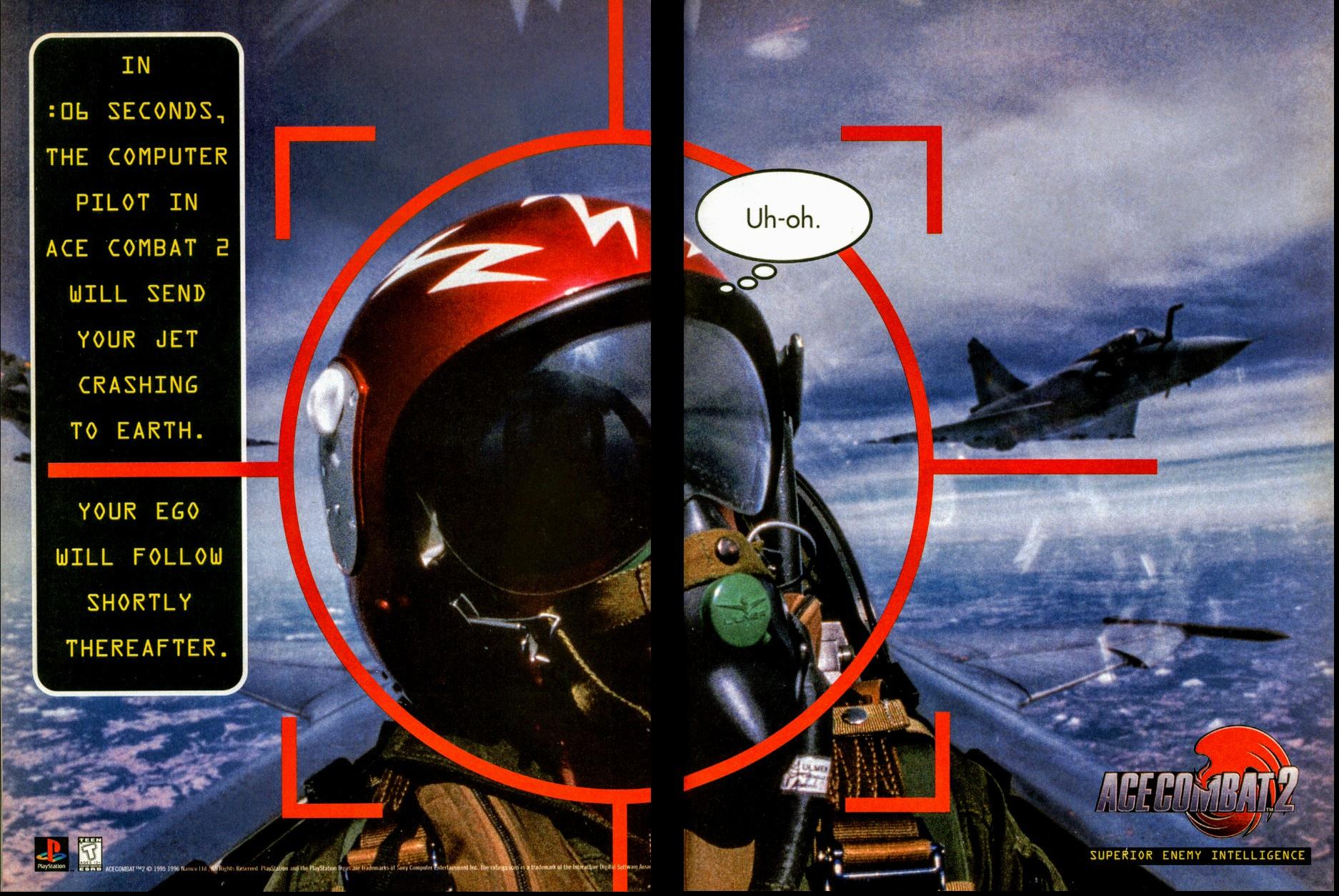 DescriptionAce Combat 2 is a 1997 air combat video game developed and published for the Sony PlayStation by Namco. It is the sequel to Air Combat and the second in the Ace Combat franchise, with gameplay being presented in a more arcade-like format.

The player controls one of 24 different fighter jets through 21 different missions with certain objectives to fulfill, such as protecting a base from enemy fire, intercepting a squadron of enemies, or taking down an aircraft carrier.

DevelopmentConceived by Namco designer Masanori Kato, Ace Combat 2 was created out of Kato's dissatisfaction with the original Air Combat, feeling from a technical standpoint it was severely lacking. Along with a small group of others, Kato set out to create a follow-up that greatly improved on the original, featuring improved graphics, a variety in missions, and providing a true sense of flight for the player. Missions were created to be exciting and fun to play, with the gameplay itself being designed to mimic the typical style of arcade games.

At the beginning of development, the team wanted the game to support analogue control, adding support for both the PlayStation DualShock and the Namco NeGcon, and later the PlayStation Analog Joystick. 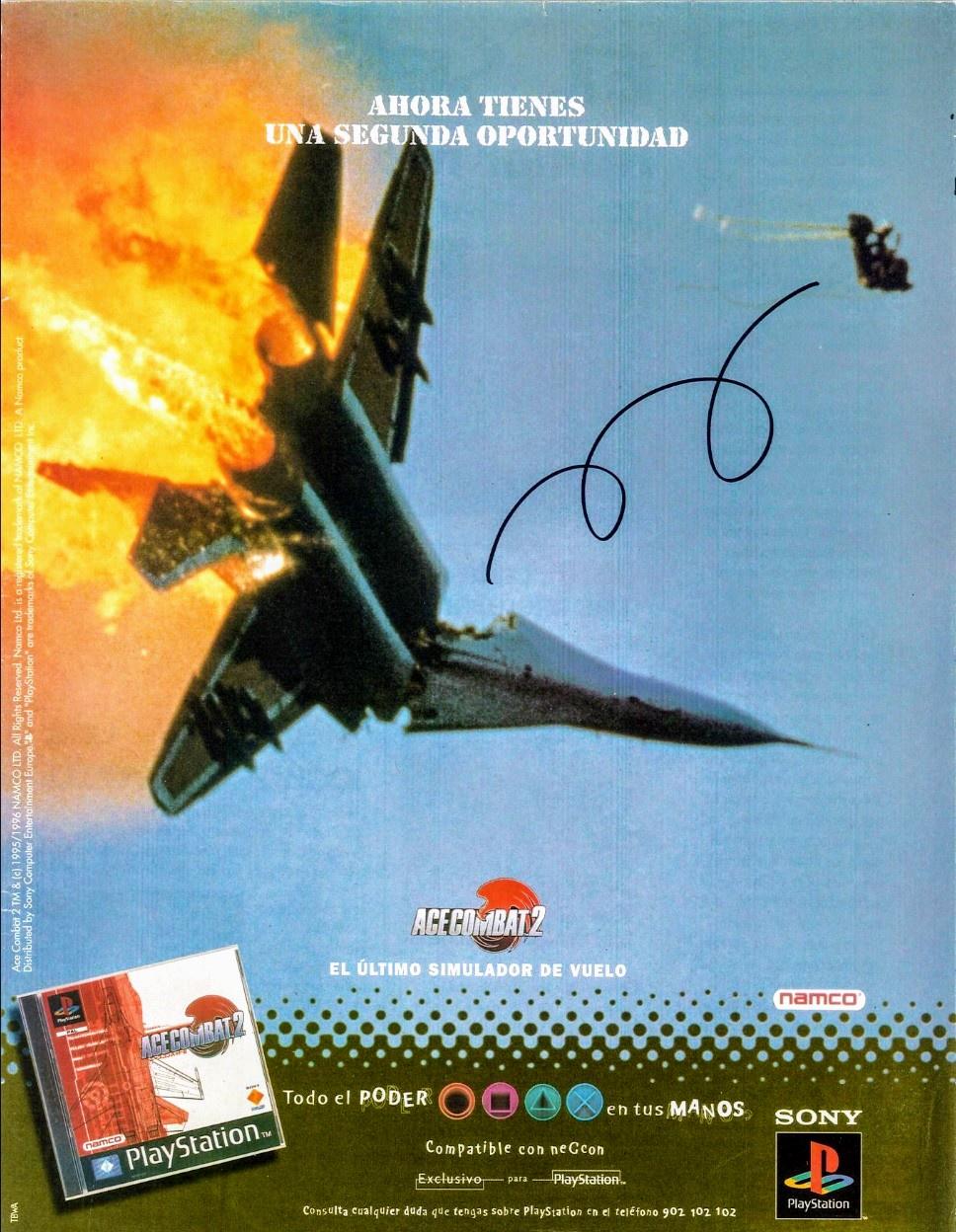 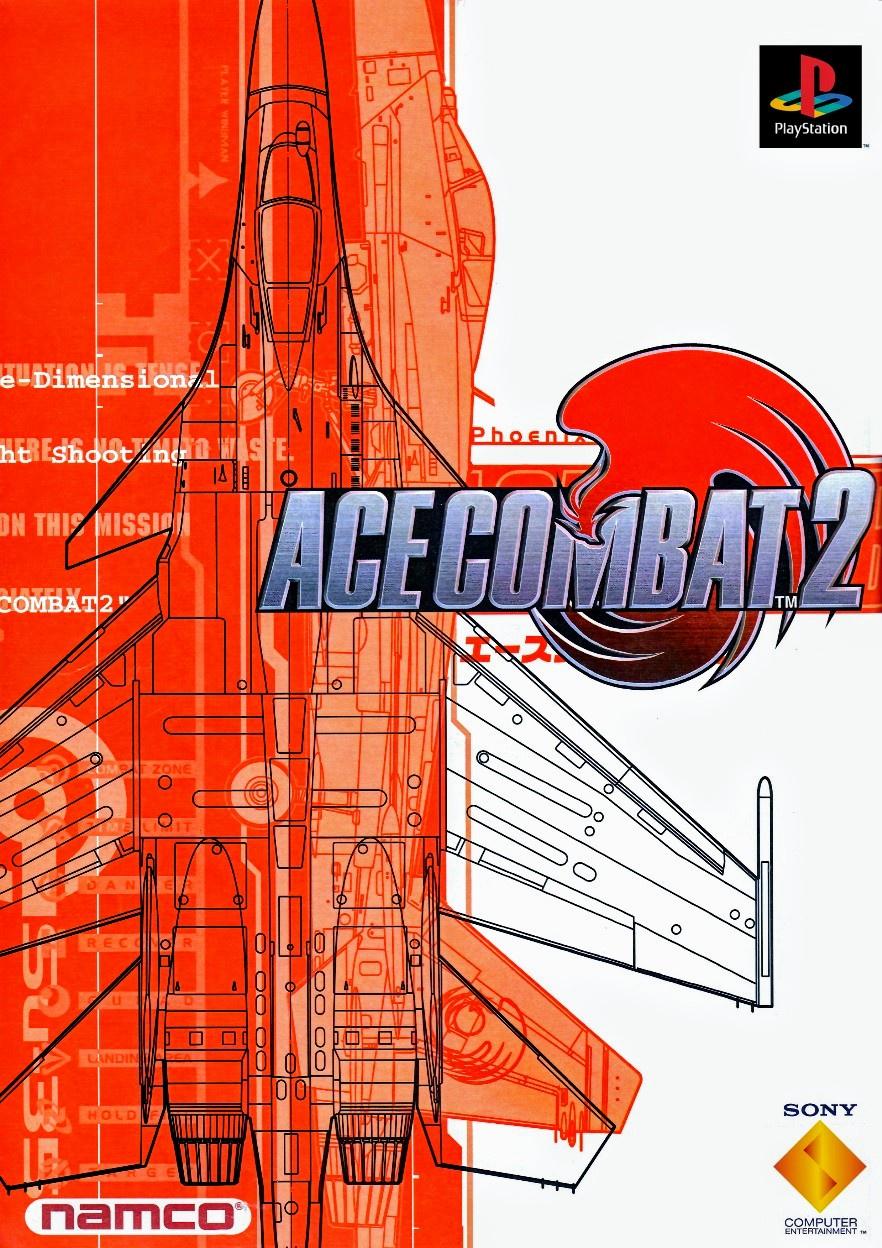 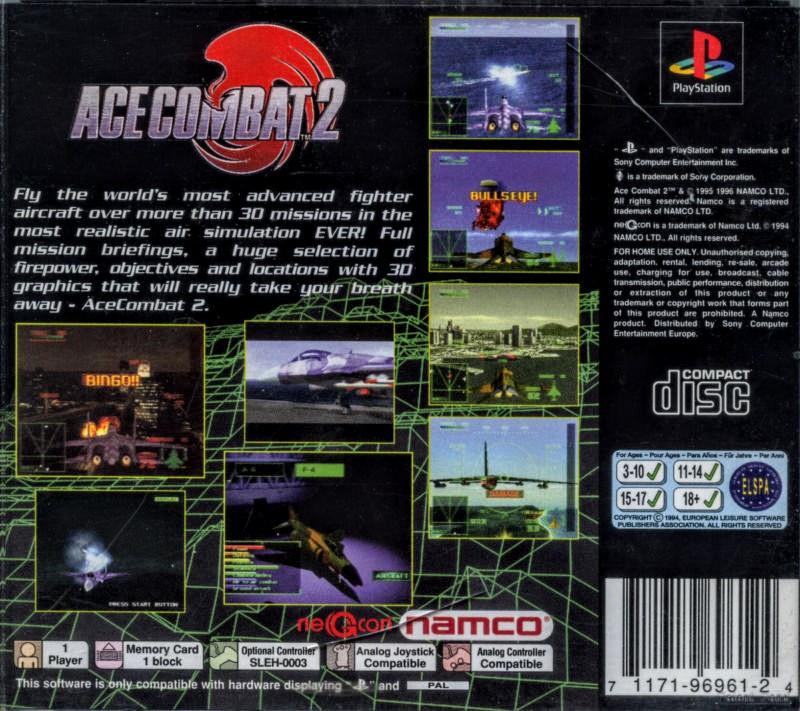 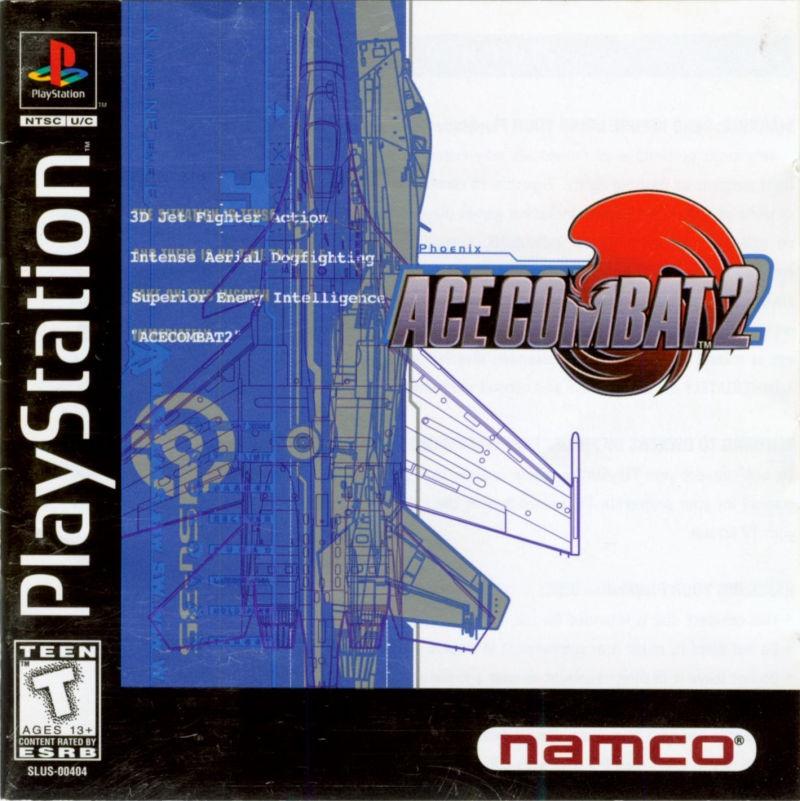 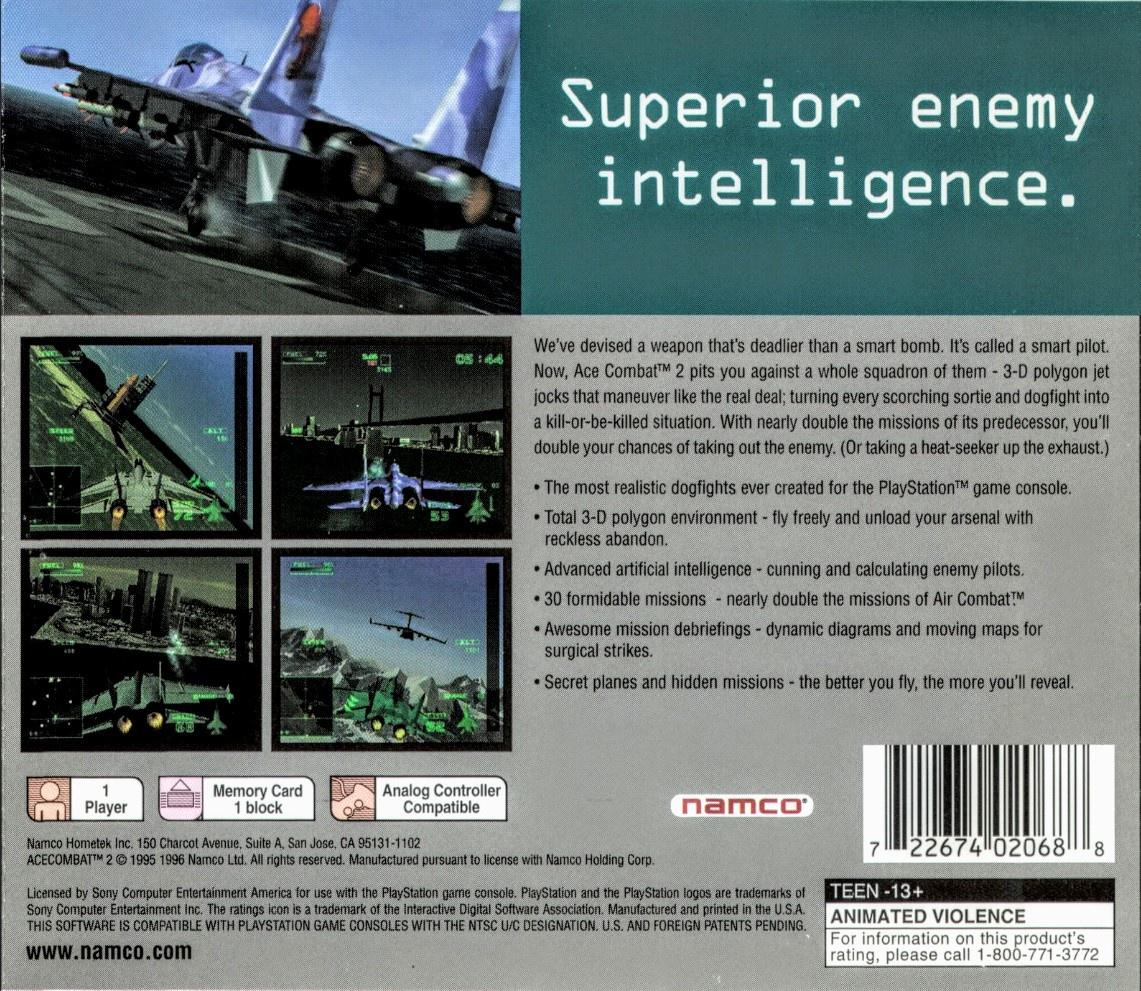