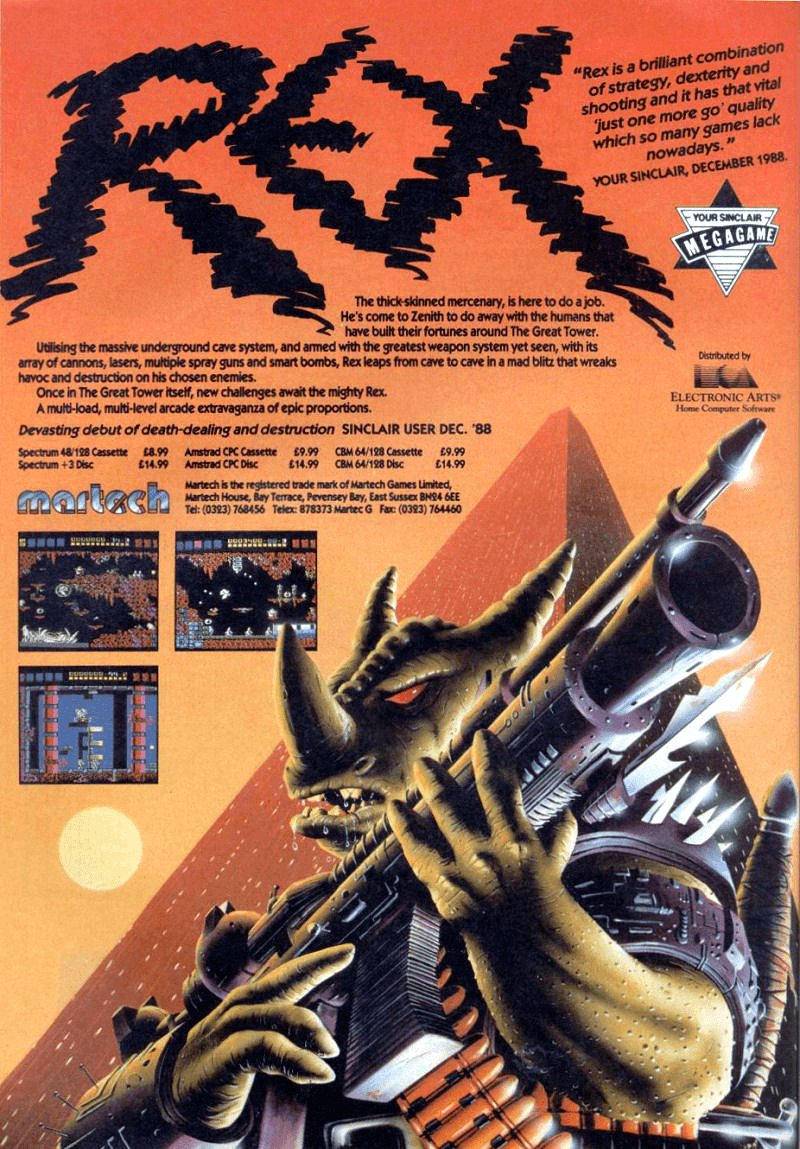 Description
Rex the dinosaur is fed up of the environmental damage being done by a nearby nuclear plant. As a result, he takes to the heavily-guarded tunnels that lead to it, with the intention of ridding the world of nuclear power forever.

The game is viewed from the side in a flick-screen format. Rex jumps and shoots, staking out various walking and flying enemies. Walking on to a Beam Pad means that upon losing a life, you will resume from the screen on which you died. As enemies are dying, keep shooting at them to keep increasing your score.

There are power-ups to collect, through energy bubbles. Each weapon has 5 possible energy levels, and can only be used if you have enough. Collect a bubble when you weapon is at the top level and you will collect an improved weapon.

Trivia
The Light, a fictional company The Light was a fictional name for the real company Creative Reality. The respective members used the following pseudonyms: Jason Austin (as John Anderson), Neil Dodwell (as Neil Harris) and David Dew (as Richard Allen).

The Title: Rex
For the majority of the game's development, it was called Zenith - the tower Rex is tasked to destroy. But it was decided this might cause problems because of a well known UK double glazing company. So the name was changed to Rex.

Rex's Taxonomy
Despite his name and appearance Rex is not a descendent of a Tyrannosaurus rex, neither a member of the Superfamilly Rhinocerotoidea. Actually Rex is a Rhinoceroid sapiens, an ancient bipedal race of mercenary aliens which look like Rhinoceros. 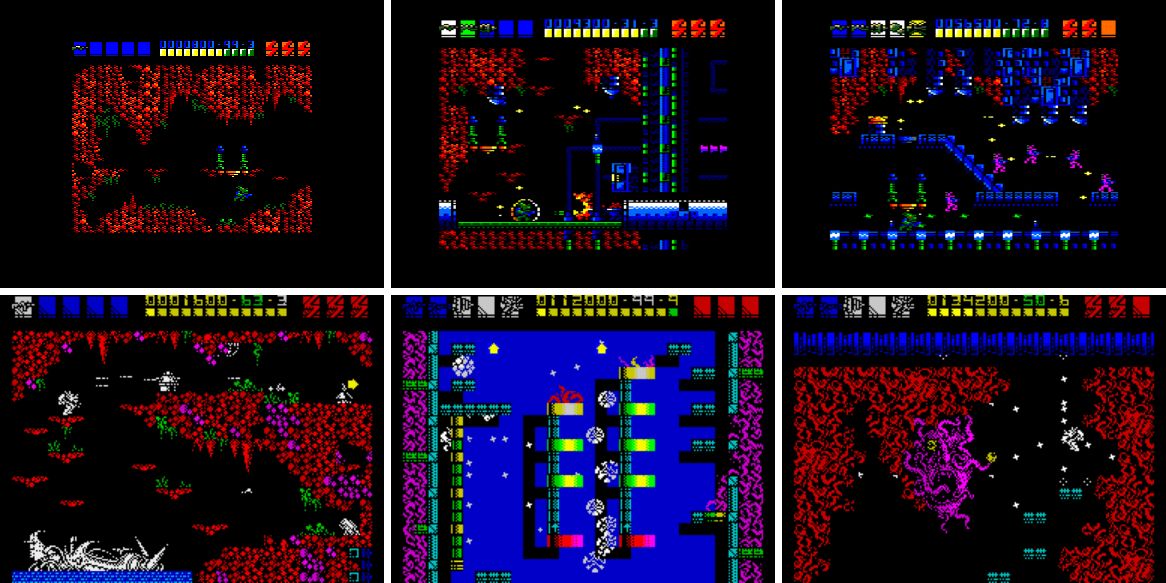 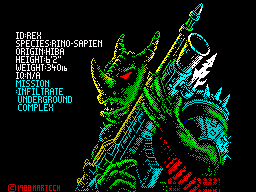