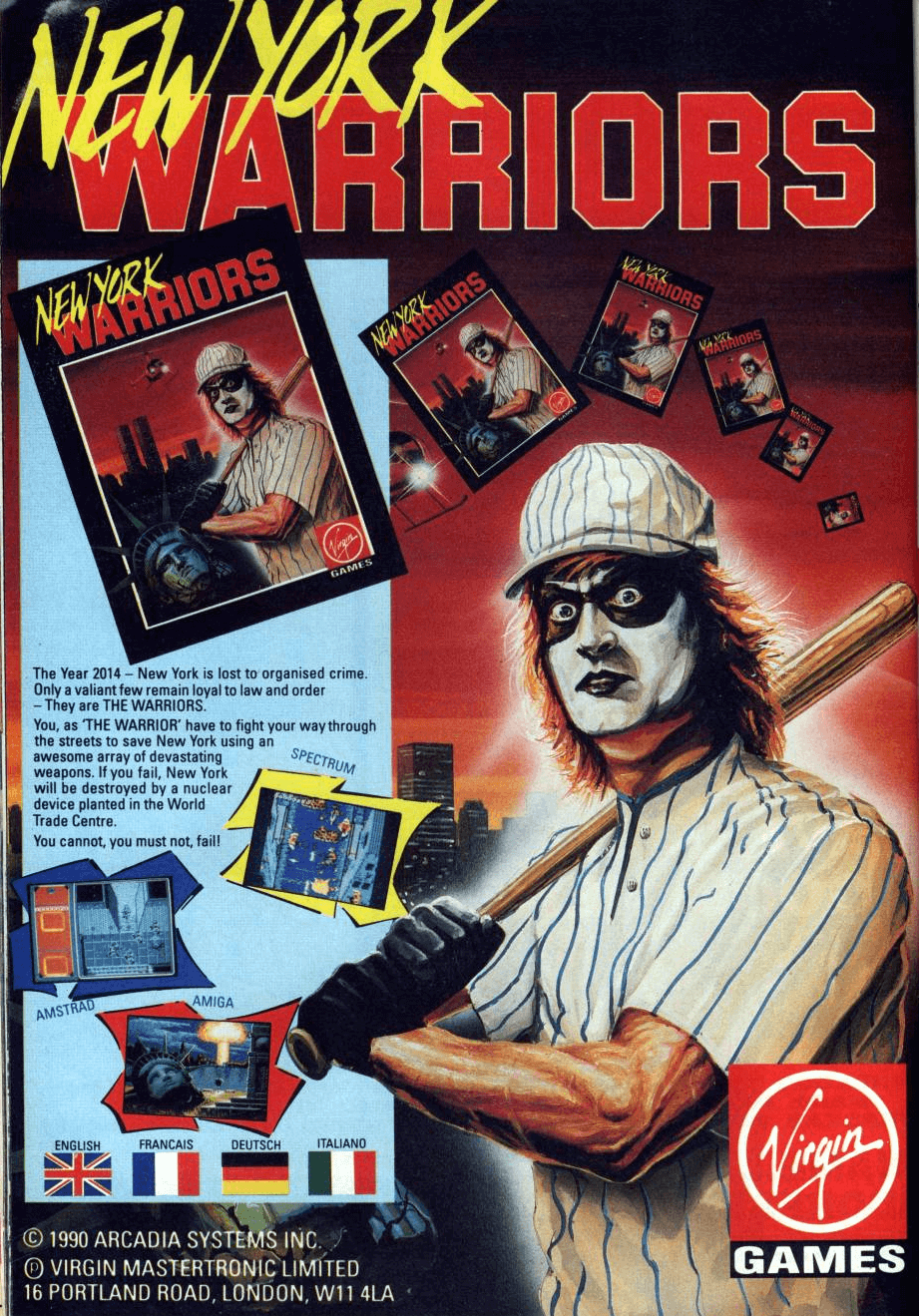 NY Warriors is a top down action game in which you must face various armed gangs in a post apocalyptic New York and finish various missions. The game is heavily influenced by the movie The Warriors. In each mission the player faces a different gang with distinct outfits and characteristics; Ramboids, Sammies, Assasins, Sluggers, Killer Klowns, Ganja and finally Bomber.

A fairly common shooter game, it is fairly true to the formula for such games, lots of enemies, lots of shooting and joystick action. Various weapons can be picked up for use as you progress to enhance your firepower. The atmosphere is maintained with details such as snoring bums and packs of stray dogs, also with some darkly cyber-punkish artwork. 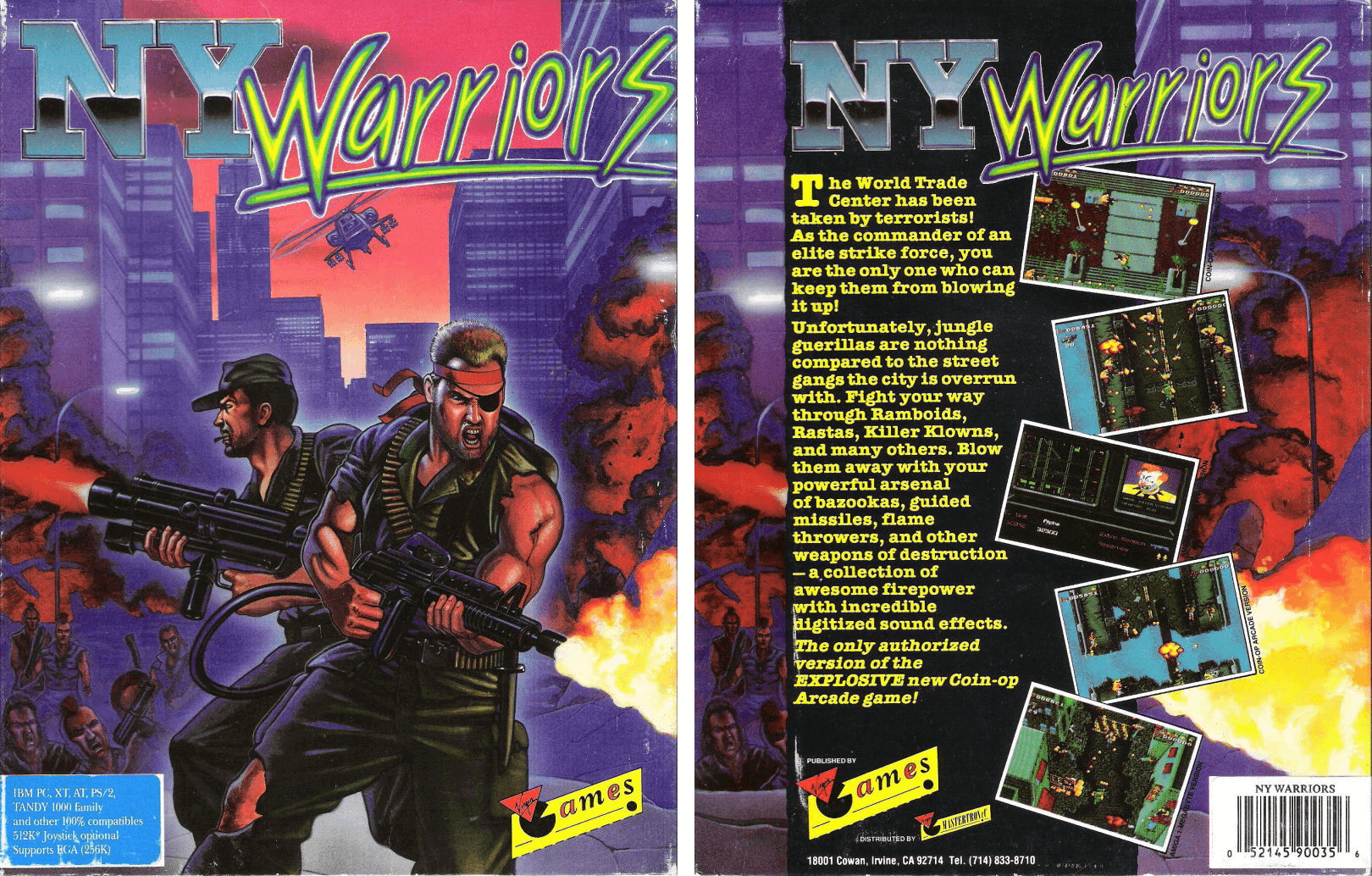