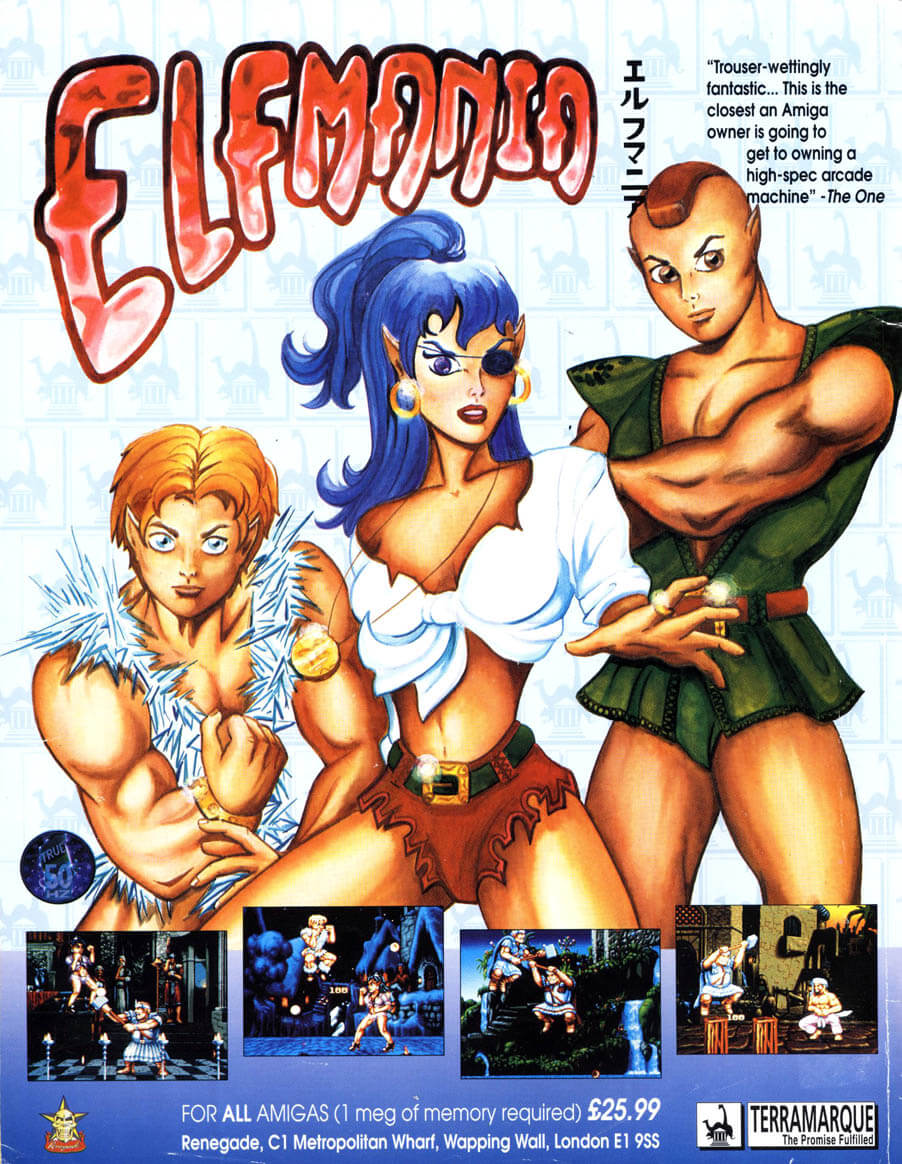 Description
The King of Muhmulandia is giving up the post, and will give the honour of leading the great Elf Kingdom to whoever can beat him in a fight. To earn the honour to fight him, they will have to lead their team of fighters through six successful fights against six competitors of differing skill levels.

One-on-one beat 'em up action ensues, then, but with a few surprises along the way. You don't fight as the same fighter all the way through, but you earn coins during the fights (characters drop them when attacked, a lá many platform games) and spend these on buying improved fighters, whose punches will have more effect on opponents. To get enough money to defeat the harder opponents, one strategy is to repeatedly fight the weaker guys, and spend the money on gradually upgrading.

Also worthy of note are the graphics - more colourful and varied than you'd expect on an Amiga 500. 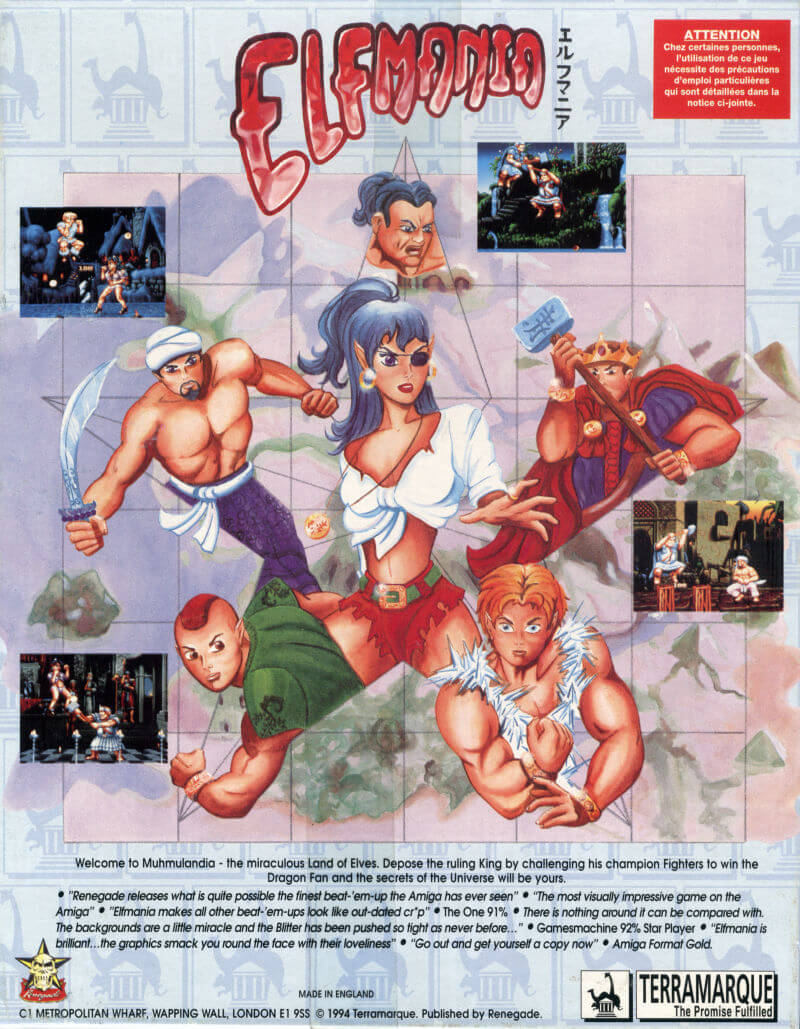