TinTin On The Moon - Video Game From The Late 80's 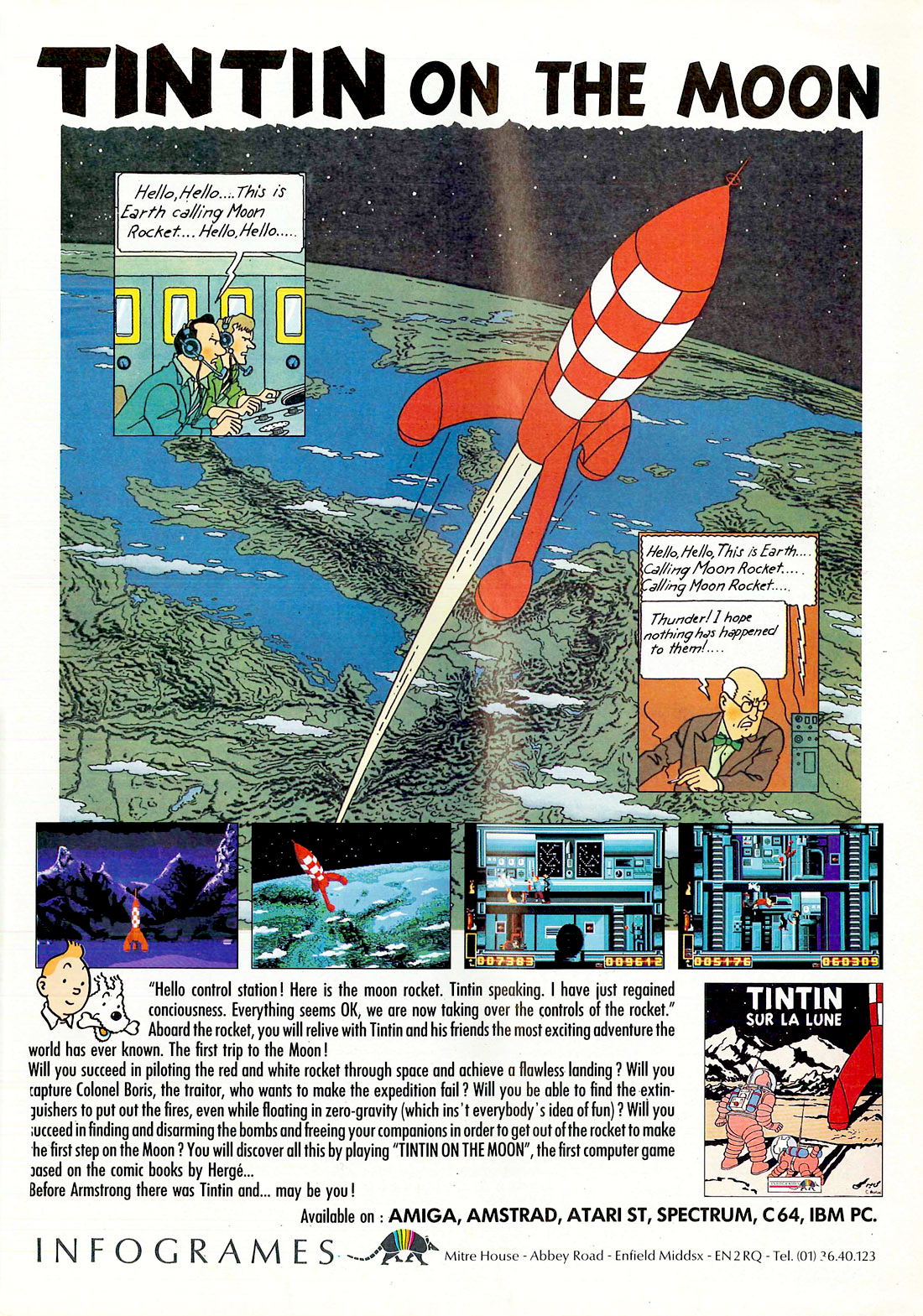 Hergé's famous cartoon character is brought to life in this multi-stage action game, specifically based around the episode of the same name. In many details the story was similar to the real moon landings, then many years off.

A more accurate title for the game would be 'Tintin Gets to the Moon', as reaching it is your challenge. The game is split into two distinct types of sections; the first of these involves guiding the rocket through space. Steer it to avoid contact with asteroids, and to collect eight red spheres. Yellow spheres boost energy, and so should be collected.

This is followed by a platform-based battle, as the evil Captain Jurgen has tied up several crew members, planted time bombs, and started several fires. Use your extinguisher on Jurgen and the fires, and touch the bombs and crew members to solve those problems. Turn gravity off to reach the more troublesome bombs.