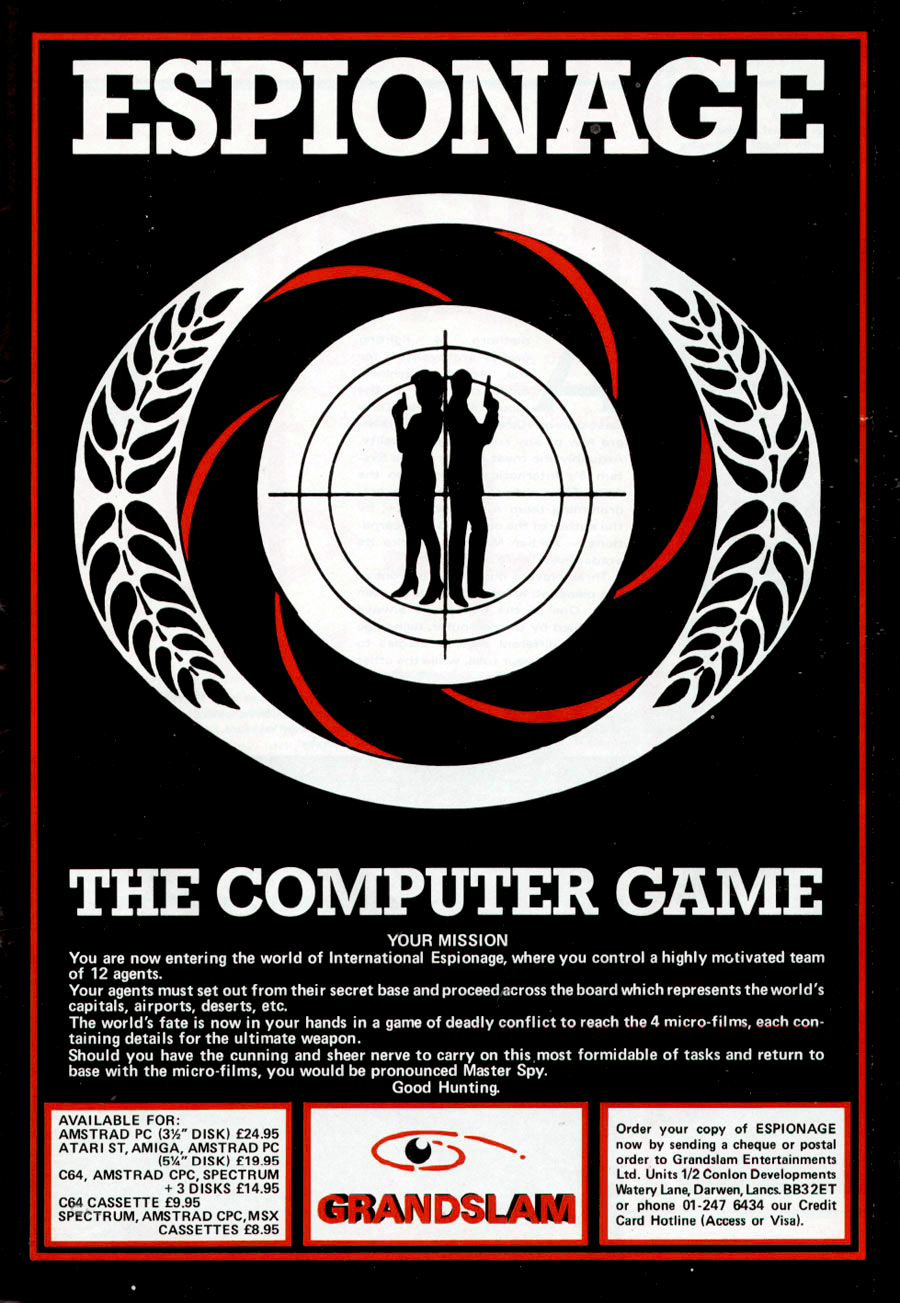 Description
Espionage is based on the board game of the same name. Up to four players (either human or computer-controlled) compete to become Master Spy by returning all the micro film canisters back to their base. A player has 12 agents in their team including secret agents, surveillance agents and courier agents. Each type of agent moves around the board in a different way, not unlike in chess. Besides getting the micro film, another objective is to terminate any enemy agents. This is done as in draughts, by jumping over the agent into a free space. Killing enemy agents nets points, which, combined with points for recovered film canisters and surviving agents are tallied for the final score.

The board is viewed from above. It does not fit the screen all at once, so scrolling is necessary. The game offers a hint function (indicating what the computer thinks is the best move to take) as well as the option to show the last move made. The game ends through an (optional and adjustable) time limit or when all film canisters have been retrieved.