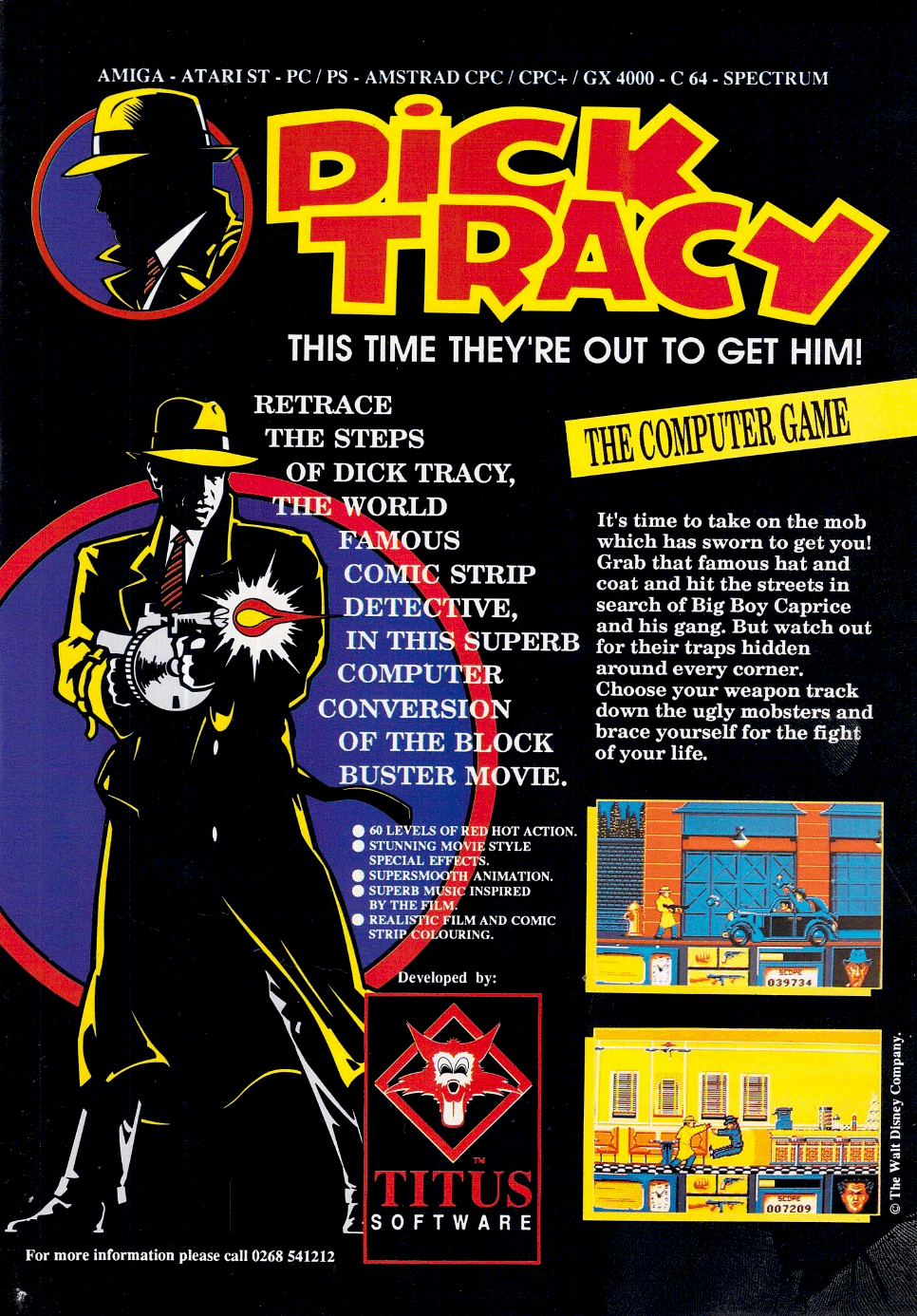 Description Dick Tracy is a tie in to the 1990 movie adaptation of the classic comic strip, staring Warren Beatty and Madonna. While an action/adventure hybrid using this license was released by Disney for the PC and Amiga, Titus also held a license to the movie.

This is a side scrolling action game, where you control Dick Tracy as he moves through five stages, shooting gangsters with an assortment of weapons. Each stage leads to one of the mob bosses, until you ultimately capture the big man himself.

Development history Disney were originally behind the C64 and DOS versions, plus an unreleased one for the Apple. However, they pulled the plug on all versions when it became clear that they had badly misjudged the time it would take to get them out. No one was near done when the movie hit the silver screen.

Also the movie wasn’t doing that well and the related merchandise wasn’t selling. Despite this, Titus decided to press on and release the game in Europe.

While the Amiga/ST and Spectrum/Amstrad versions were coded from scratch, the C64 and PC versions were released as they stood. This gives the C64 version especially a very unfinished feel - there are no end-of-level bosses, killed enemies disappear rather than being shown to die, there are no gangsters lurking in windows to be shot at upwards, linking narrative headlines are missing, and so on. As such, the game is often considered one of the worst of its era. Other versions were equally poorly received. 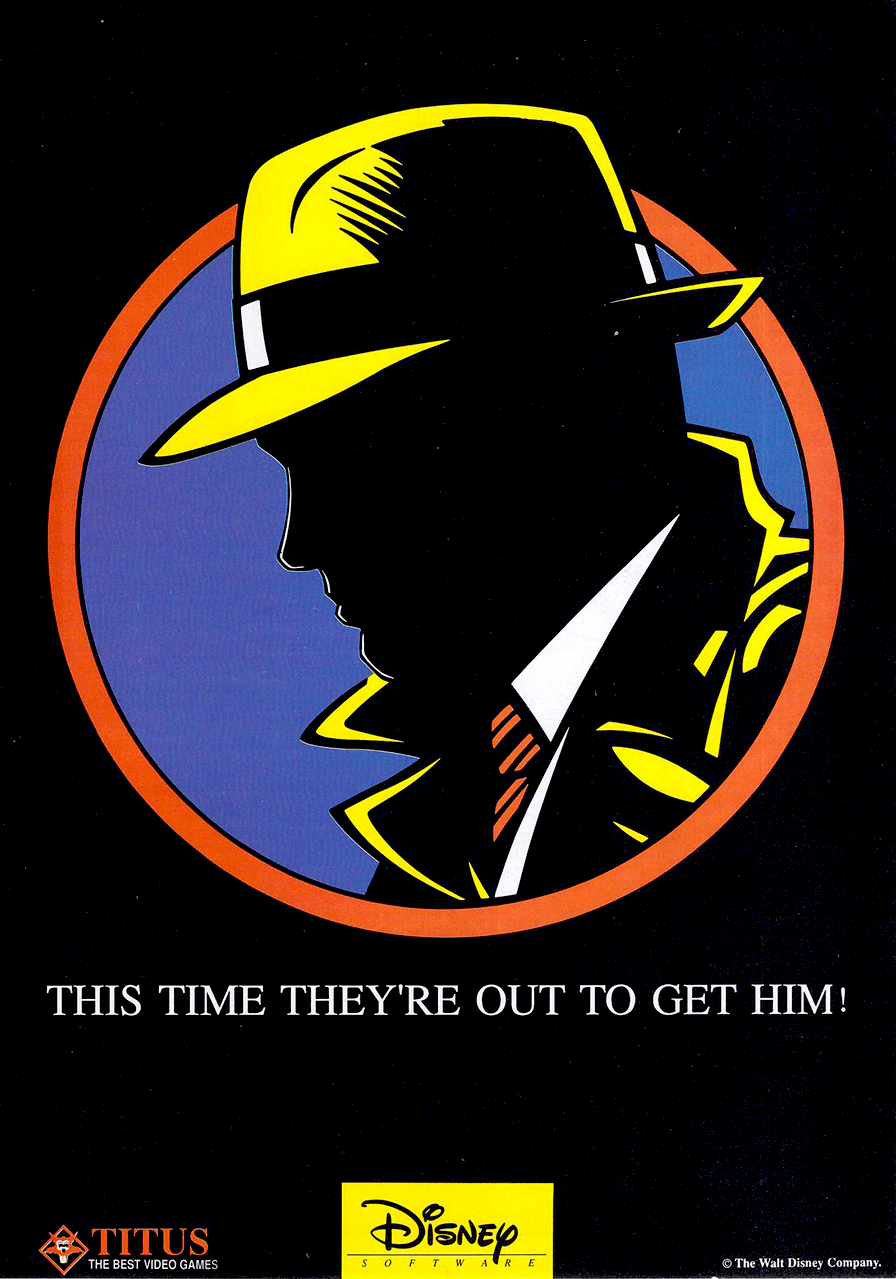