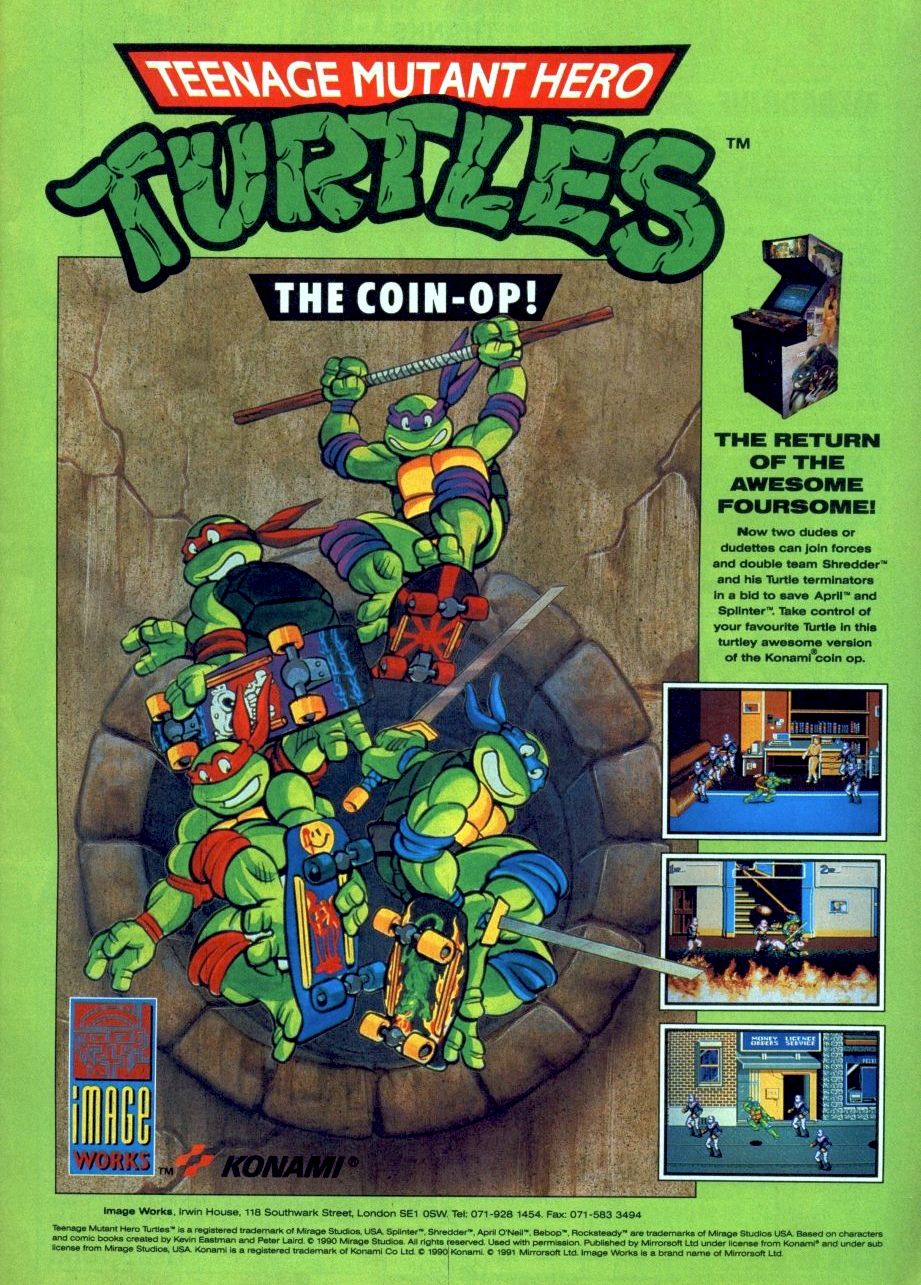 April O'Neil, the reporter friend of the Teenage Mutant Ninja Turtles, is kidnapped by the villainous Shredder and his two goons, Bebop and Rocksteady. The four ninja turtles: Raphael, Michelangelo, Donatello and Leonardo fight their way through hordes of Foot Soldiers in order to rescue April. They battle familiar foes such as the mad scientist Baxter Stockman, General Traag from Dimension X and the evil alien brain Krang, up to the final showdown with Shredder himself.

Teenage Mutant Ninja Turtles is an arcade game made by Konami during the height of the cartoon series' popularity. Depending on the version of the game, up to two, three or four players can take part in the action. The game plays like a simplified Double Dragon. While most of the standard Foot Soldier enemies are easily dispatched, some attack with knives or ray guns and are thus more dangerous. At the end of each level, players encounter a boss (or in certain cases two bosses working in tandem, such as Bebop and Rocksteady).

This game was ported to the NES in 1990. This conversion was titled Teenage Mutant Ninja Turtles II: The Arcade Game in order to avoid confusion with the previous NES game based on the franchise 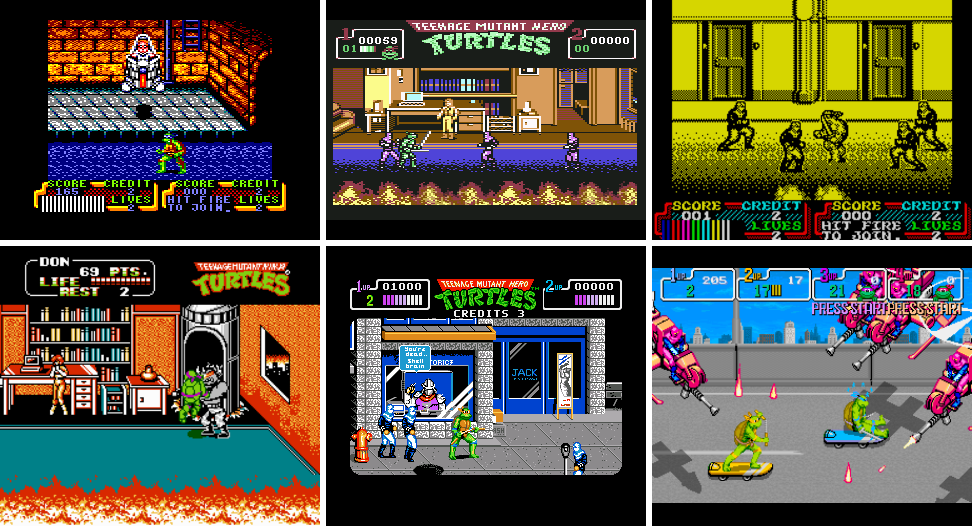 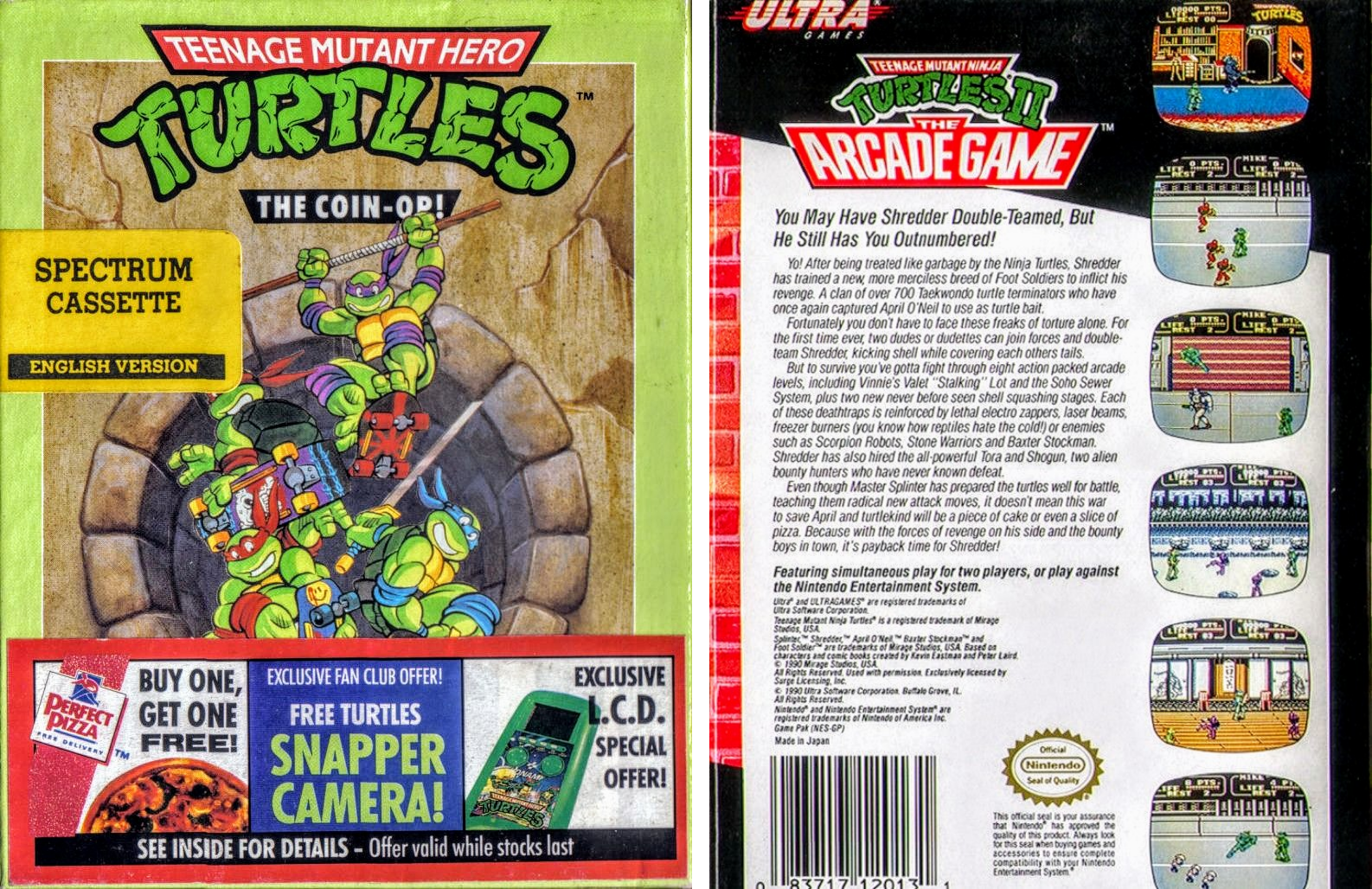