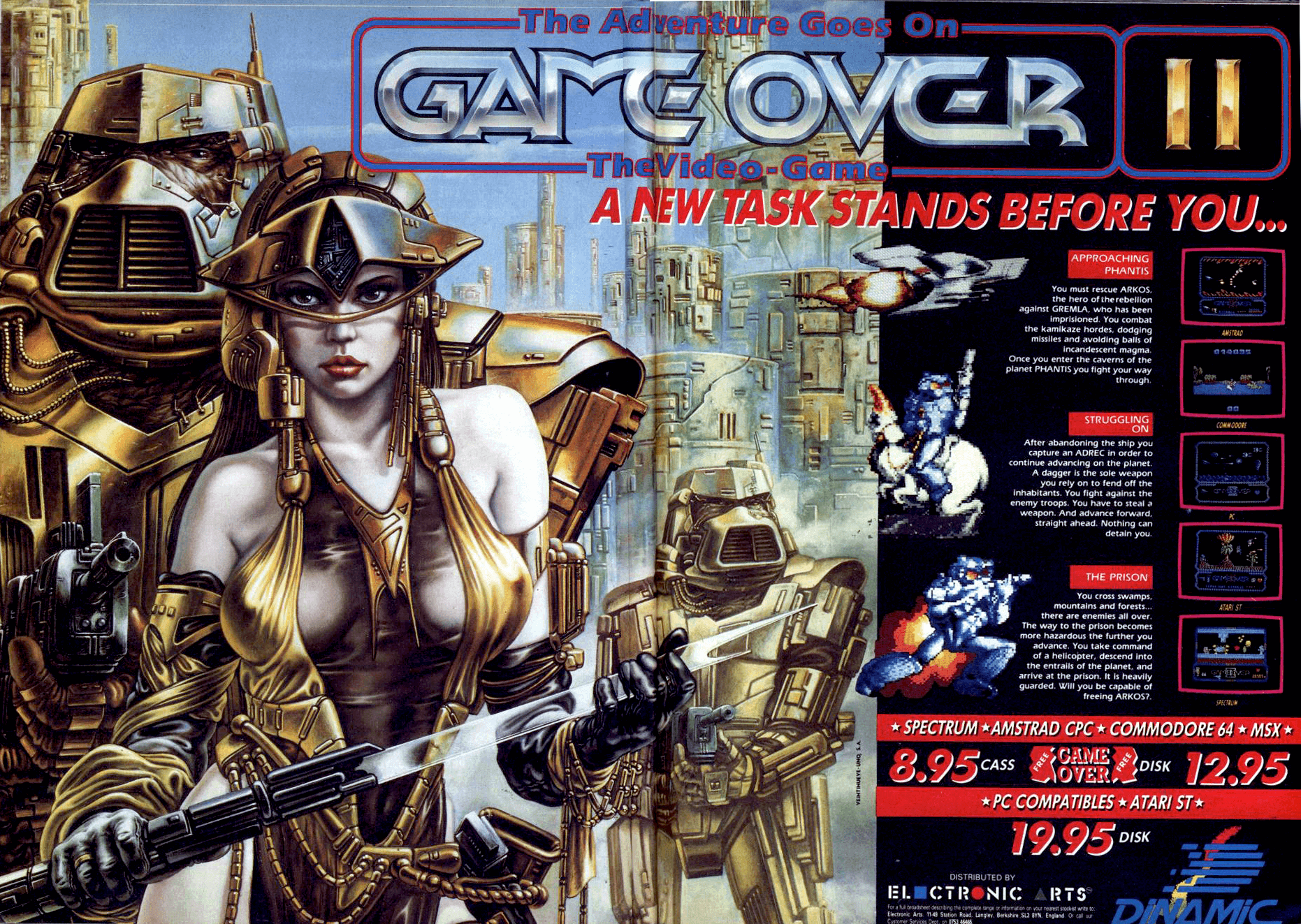 Description
The Serena Commander have the mission to rescue his companion of expedition captured in Moon 4 of System Sotpok, better known like the world Phantis, an unusual place inhabited by a hostile fauna and exuberant flora.

Phantis is an horizontal shooter (R-Type like), combined with platform arcade levels (Turrican like). You have 24 different enemies to beat throughout 4 phases and 6 levels.

This program has two parts, recorded individually on cassette versions. In order to play the second, it's necessary to discover the access code, which is granted when finishing the first. That procedure was called FX Doble Carga (FX Double Charge), and designed to give more hours of addictive playing.

Title confusion
The game is actually called "Phantis", and the only relation to "Game Over" is the studio that produced. However, since "Game Over" had sold well in the UK they didn't mind releasing it outside of Spain as "Game Over II".

Release
Although originally conceived as an independent game under the title Phantis, it became a sequel to Game Over. The Atari ST version was never published in Spain and only exists with the Game Over II title. The game's promotion included an appearance of a model dressed up as Queen Gremla at the trade convention PC Show '88.