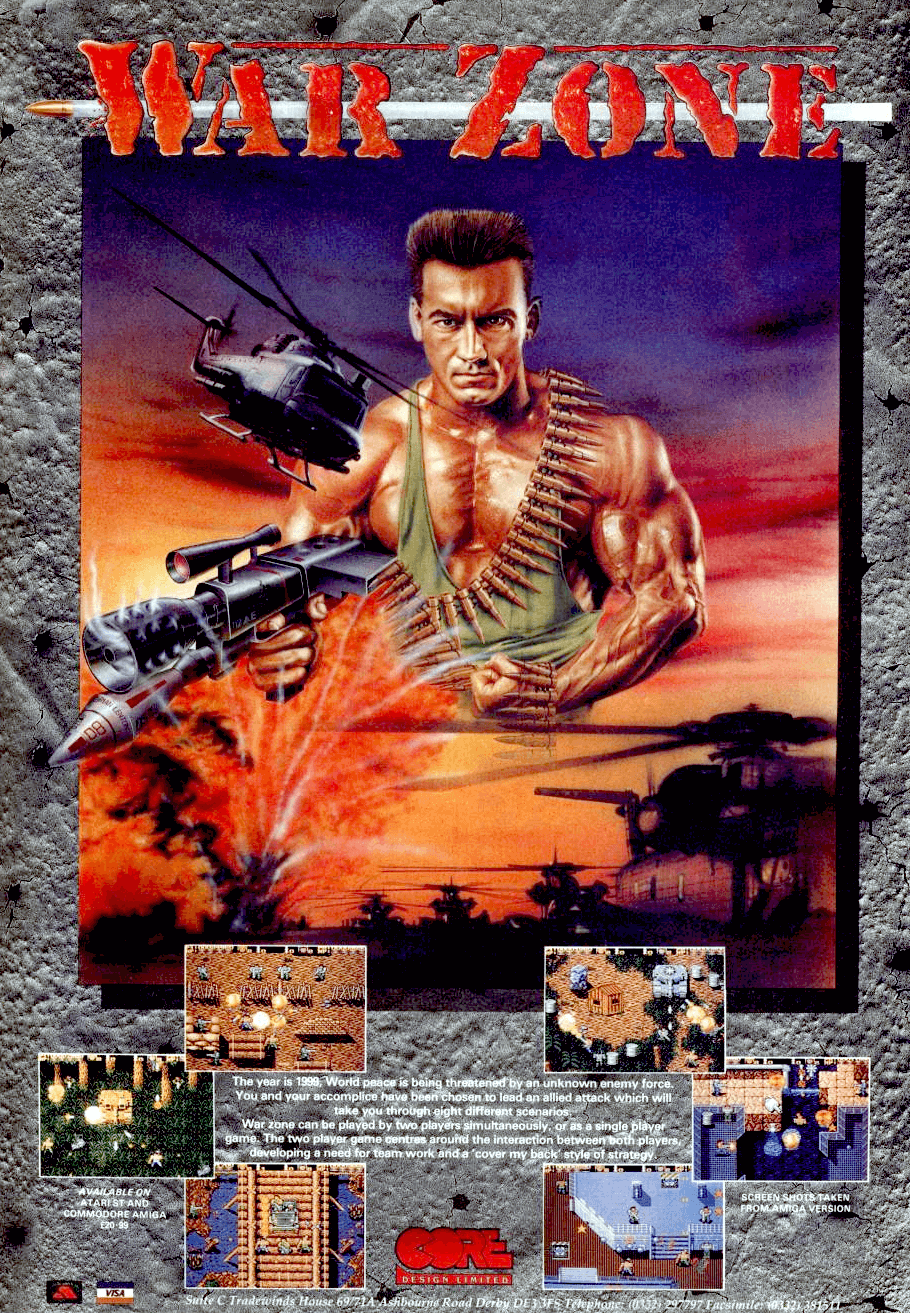 Description
As the name implies, War Zone is a game mainly about shooting, shooting, some hostages rescuing (or shooting if you want) and also shooting.

The game consist of 8 top-down scrolling missions in which you're controlling Arnold-like soldier armed with basic machine gun. Each mission is taking place in different location with little repetitive signs further in the game. Starting point is at the jungle, but you will also visit some kind of stores, sewers and factories. Your task is to get at the end of mission and destroy main boss. Throughout your way a lot of enemies is waiting for you. Expect heavy resistance by infantry armed with machine guns, guided missiles and grenades. Of course, enemies are using plenty of vehicles so prepare for trains, tanks, helicopters, jeeps and even one submarine. Luckily you aren't reliant to machine gun only. Shoot boxes with "W" sign and arm yourself with better/stronger weapons like grenades thrower, flamer, guided missiles launcher or laser. Also watch carefully for hostages. If you release one, you'll be awarded with points or health-pack. 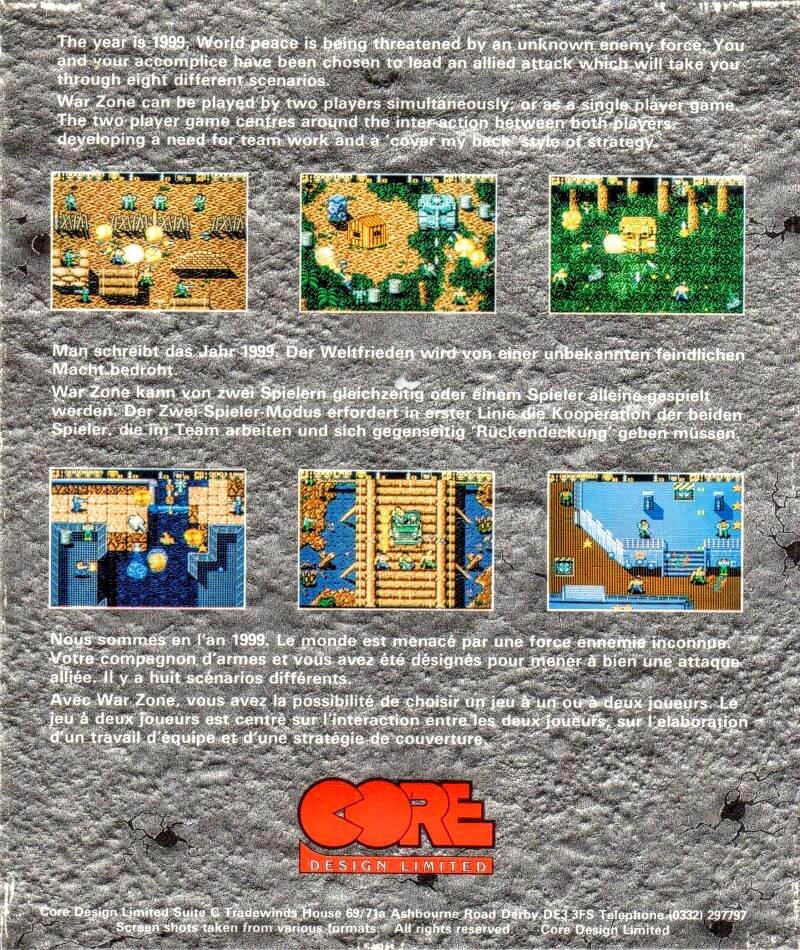