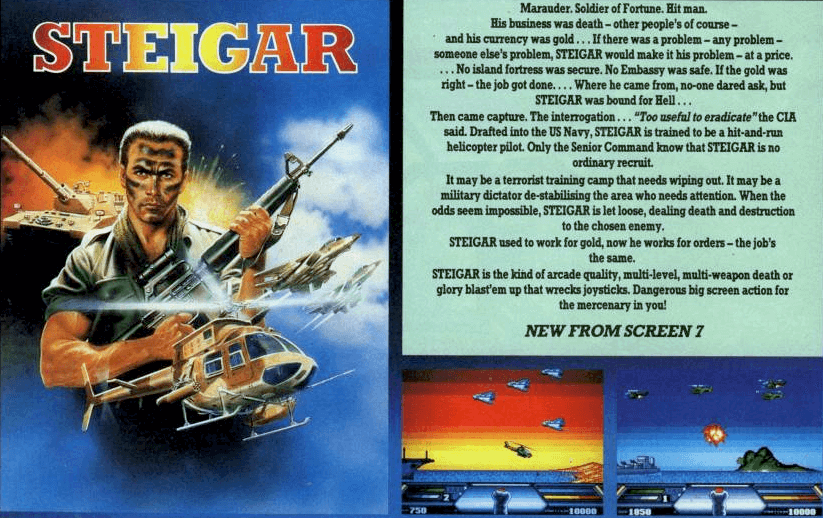 Description
You are Steigar and you used to make your living as a mercenary being paid to complete missions big or small as long as the price was right. That was until the CIA managed to find you and take you prisoner, but you were too good at your job and so they have made you join the US Navy and become a helicopter pilot to participate in one man missions against various threats to the USA.

The game is a scrolling horizontal shoot-em-up viewed from the side as you start out on an aircraft carrier and fly over various assigned missions while shooting and killing many waves of enemies including helicopters, planes, boats and tanks that come at you as you move from the left to the right. Complete the mission and it's onto the next one but touch an enemy or its weapon and you lose one of five lives. You have a standard cannon but power-ups can be collected from shooting certain enemies. Also to help you are limited smart-bombs that kill all on the screen. 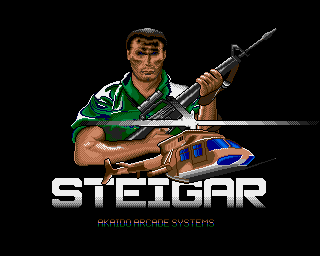