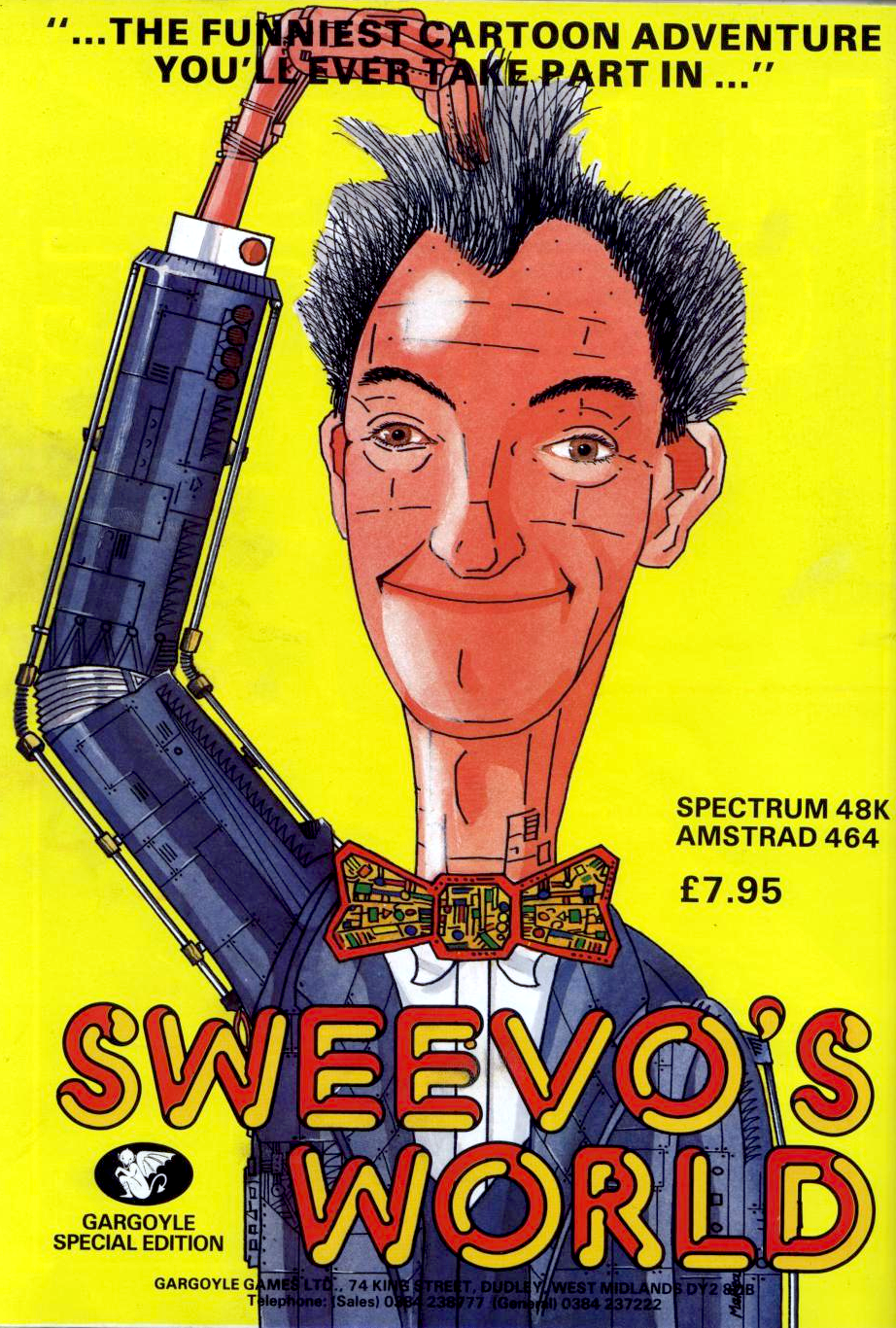 Description
The Self-Willed Extreme Environment Volitional Organism, or Sweevo for short, is a goofy-looking and generally incompetent robot. His world is Knutz' Folly, and it comprises almost 200 isometric-viewed screens of danger and challenge, making for a game influenced by Knightlore, although it takes a less serious approach to the genre. Sweevo can enter the world through four different vertical levels, and must use lifts and holes to cross through these to solve many puzzles.

You will meet some decidedly weird inhabitants. Most dangerous are the Dictators and Minxes - contact with these will drain Sweevo's energy, as will contact with water (he's a robot, remember). Energy can be recharged by scaring the Geese and picking up the tokens this reveals. The main score is a percentage, although several other totals are kept - most unusually 'Brownie Points', through contact with the brownies.

Trivia
The game was partially inspired by the Laurel and Hardy films, with Sweevo modelled on Stan Laurel.

A complex scoring system is used, however according to the instruction leaflet this is "largely irrelevant"; Sweevos Whirled contains a bug which prevents the player from achieving a full score.

A bug in the 48K Spectrum version allows the player to lose two lives at once under certain circumstances. If this happens when only one life is left, the lives counter wraps around to 255. The usual maximum is five.

Version differences
The 128K version Sweevo's Whirled adds 50 extra screens but is not compatible with +2A or +3 models, although the original 48K version is. Both versions were released with major bugs - Sweevo's Whirled cannot be completed due to the last Brownie not being accessible (apparently a consequence of parts of the code being moved around to accommodate the extra screens), while Sweevo's World can be completed but a screen display error will then make it impossible to start a new game. 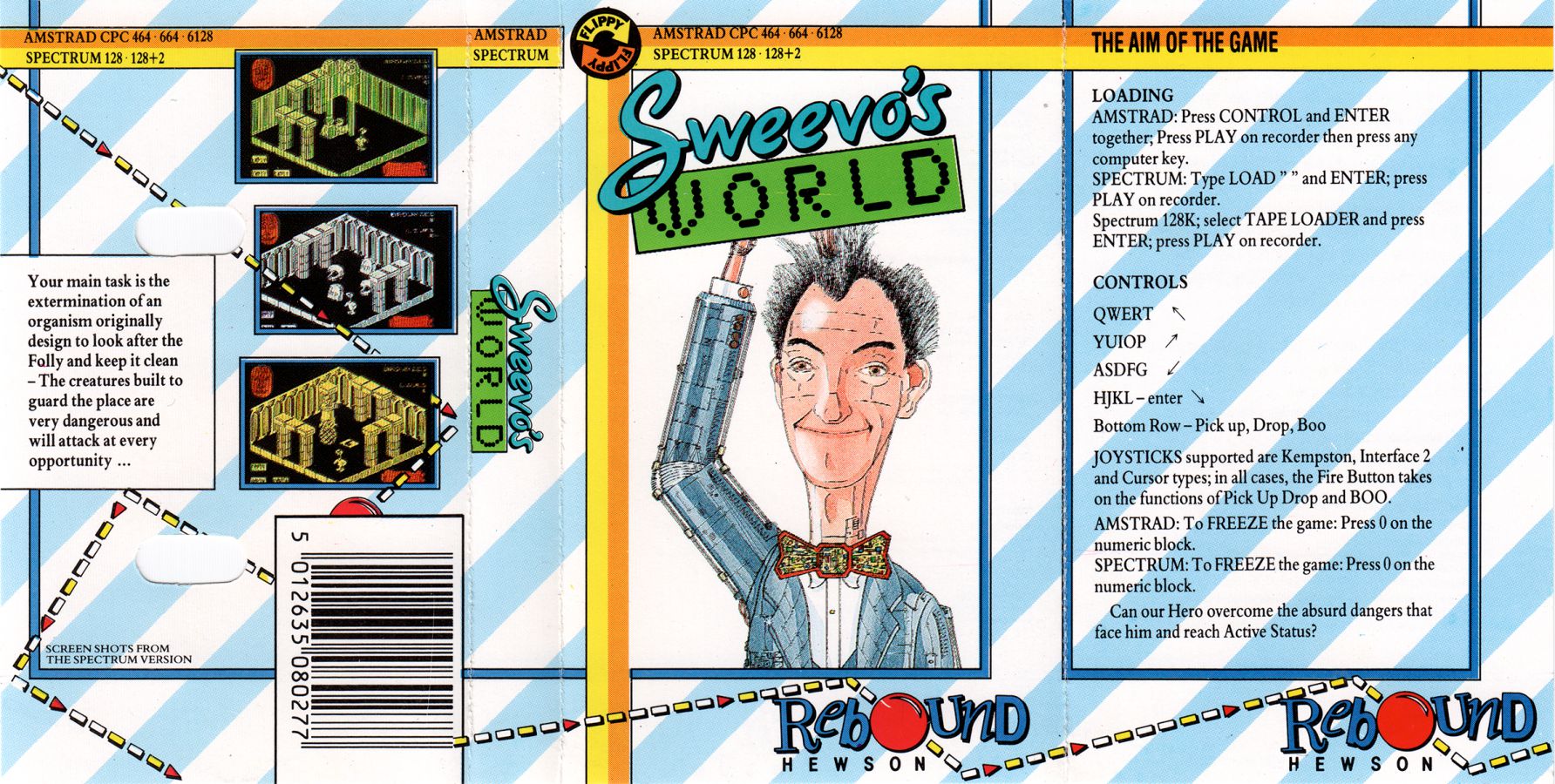