Lure Of The Temptress - Video Game From The Early 90's 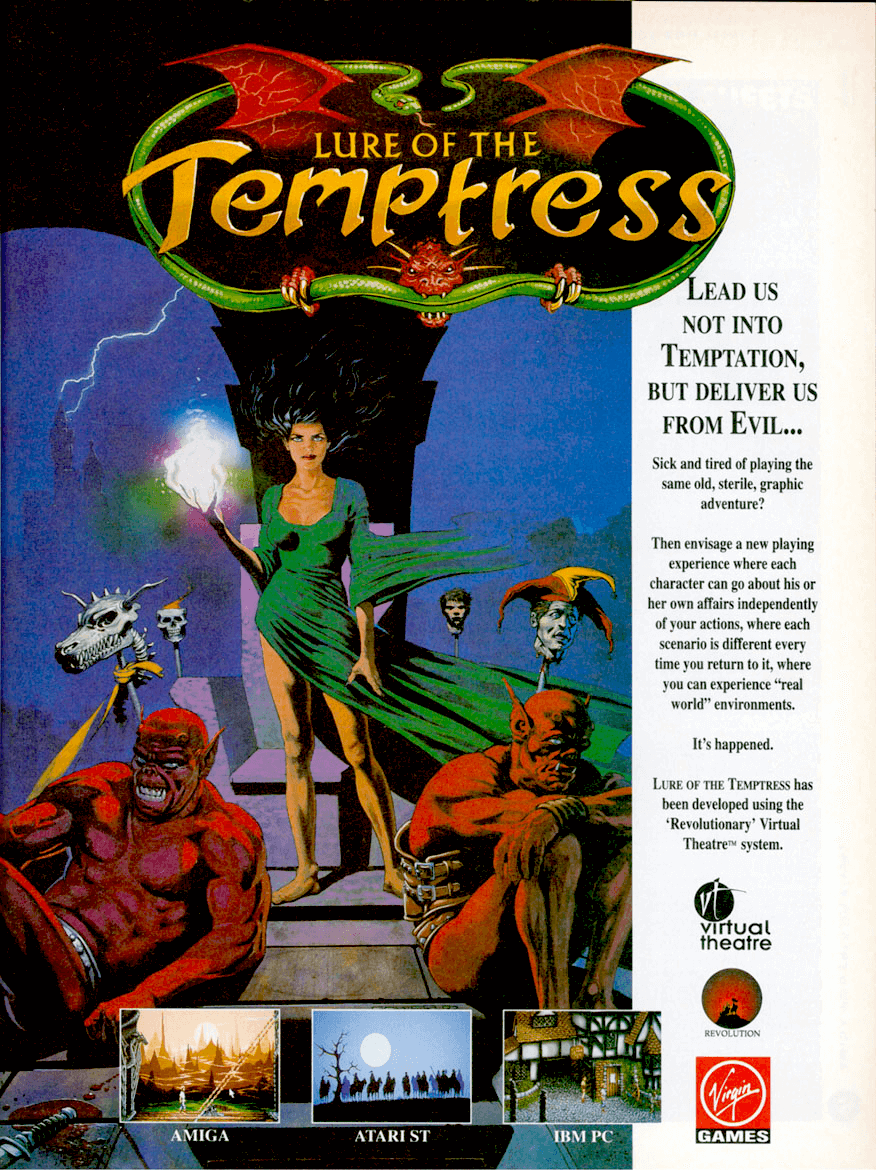 Description
The medieval town of Turnvale has fallen into the hands of the evil sorceress Selena. She is controlling an army of an orc-like warrior race skorl, who serve her with devotion. The skorl hate humans and have terrorized the town and the nearby land. Diermot is an ordinary fellow who was captured by the skorl and thrown into prison. His first task will be to escape. After gaining his freedom, Diermot will also have to find out how to liberate his entire homeland from the clutches of the villains.

This adventure game utilizes a special system called Virtual Theater. Non-playable characters will walk around and perform different actions regardless of the player's interaction with them. There is a variety of options and commands, including the possibility of interaction with a supporting character, whom the player can give orders in order to solve some of the game's puzzles.

Development and release
Charles Cecil and Tony Warriner had worked together at Artic Computing, an English video game development company. In 1990, they decided that they would set up their own video game development company, together with David Sykes and Noirin Carmody. The four started up Revolution Software, initially based in Hull, with a 10 thousand pounds loan from Cecil's mother. Cecil wanted the game to differ from popular Sierra games at the time, saying: "While I enjoyed Sierra games, I felt that there had to be more than yet again saving King Graham of Daventry from a – let’s be frank – fairly unlikely series of events. It was all a little bit twee. So we came up with the idea of writing an adventure game that did not take itself too seriously, but did have a serious story – something in-between Lucasarts and Sierra." The game was published by Virgin Interactive Entertainment.

Lure of the Temptress was the first game built with the Virtual Theatre engine, which allowed in-game characters to wander around the gameworld independently of each other, performing "every day life" actions, which had not previously been featured in a game. It was later used for Beneath a Steel Sky and the first two games in the Broken Sword series. The title cost between 20 and 30 thousand pounds.

Bugs
There is a bug in the game which prevents you from completing it. To fix this, you have to choose the 'Restart Game' option, as soon as the game begins. If you don't do this, then at least one vital item (the tinderbox) will not appear.

Title
There was no temptress in the game until very late in production. When the team had to decide on a name for the game Lure of the Temptress was jokingly brought up. The publishers liked the name, so they decided to rewrite the story to include a temptress.

Freeware
On April 1, 2003, the game was released as freeware. The data files are available from the Revolution Software website for download and the game's engine has been added to ScummVM. This version of Lure of the Temptress was released on GOG.com on December 18, 2008. 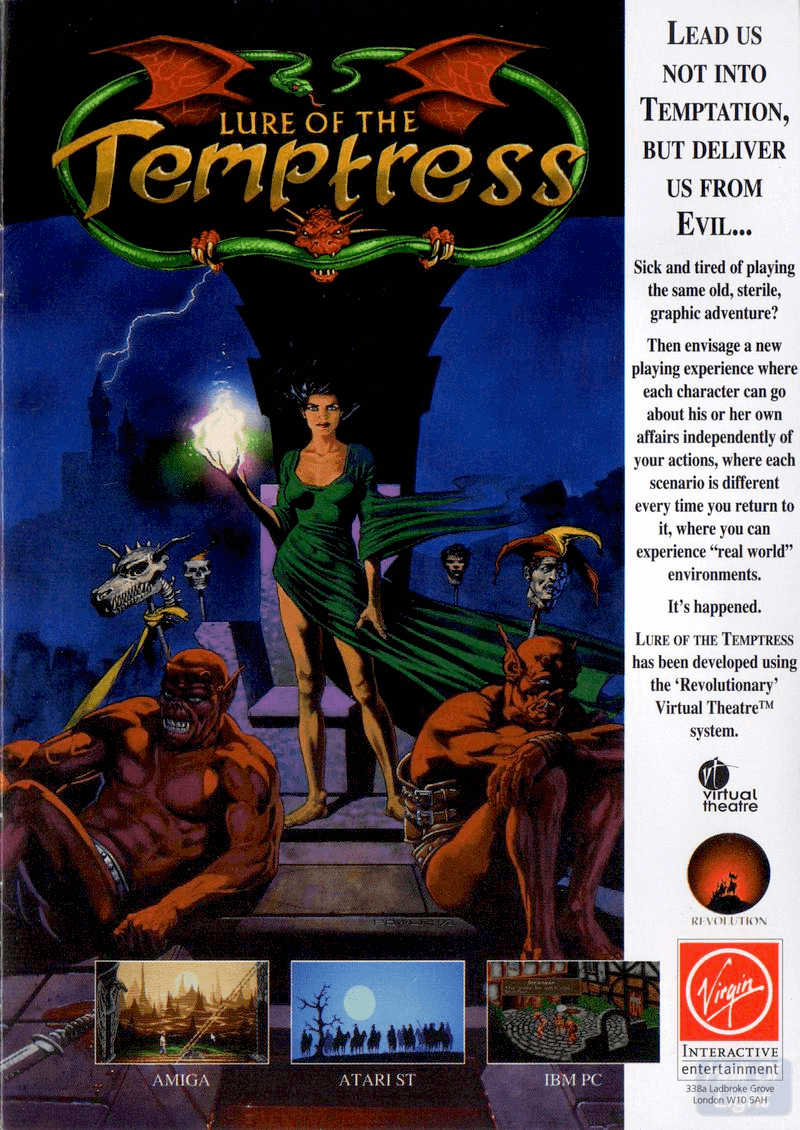