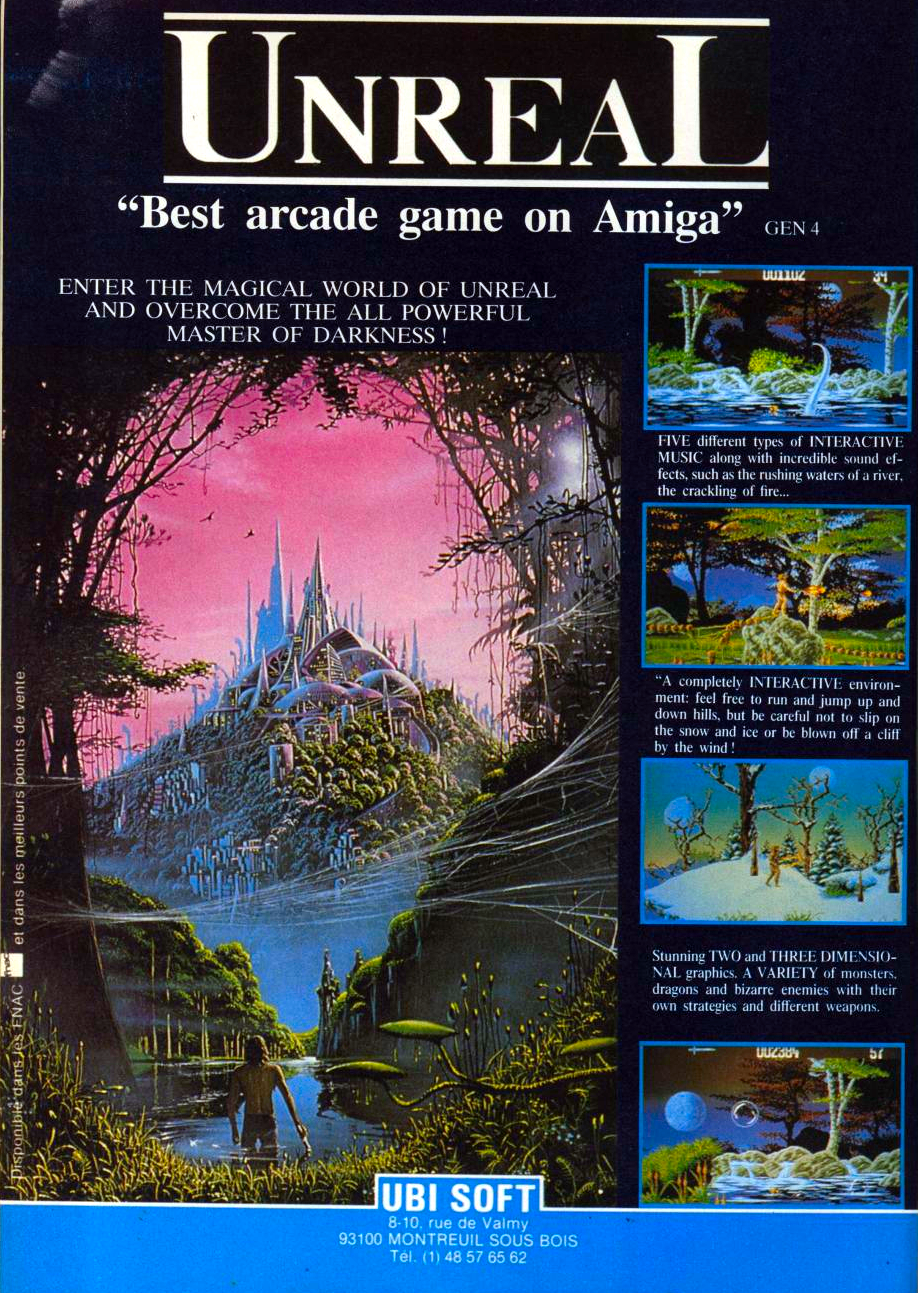 Unreal is a magical world where you must save Princess Isolde, your true love, from the evil Polymorphic, the Master of Darkness. It is an action game made up of eight levels and contains a mixture of 2D and 3D graphics. The environment is also completely interactive - you can run up and down hills and slide through the snow but you have to be careful to not fall of the top of a cliff.

On each level you will be faced with puzzles and battles and you need to get the high score you pass to the next level. If your health reaches zero you will die and the game is over. Fortunately, your health is replenished at the end of each level.

The game combined two different gameplay genres. Both Galaxy Force and Rastan Saga were inspirations for the game. 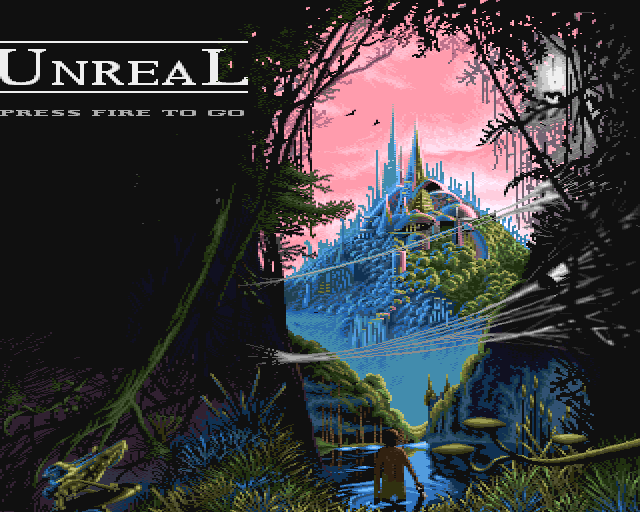