Innocent Until Caught - Video Game From The Early 90's 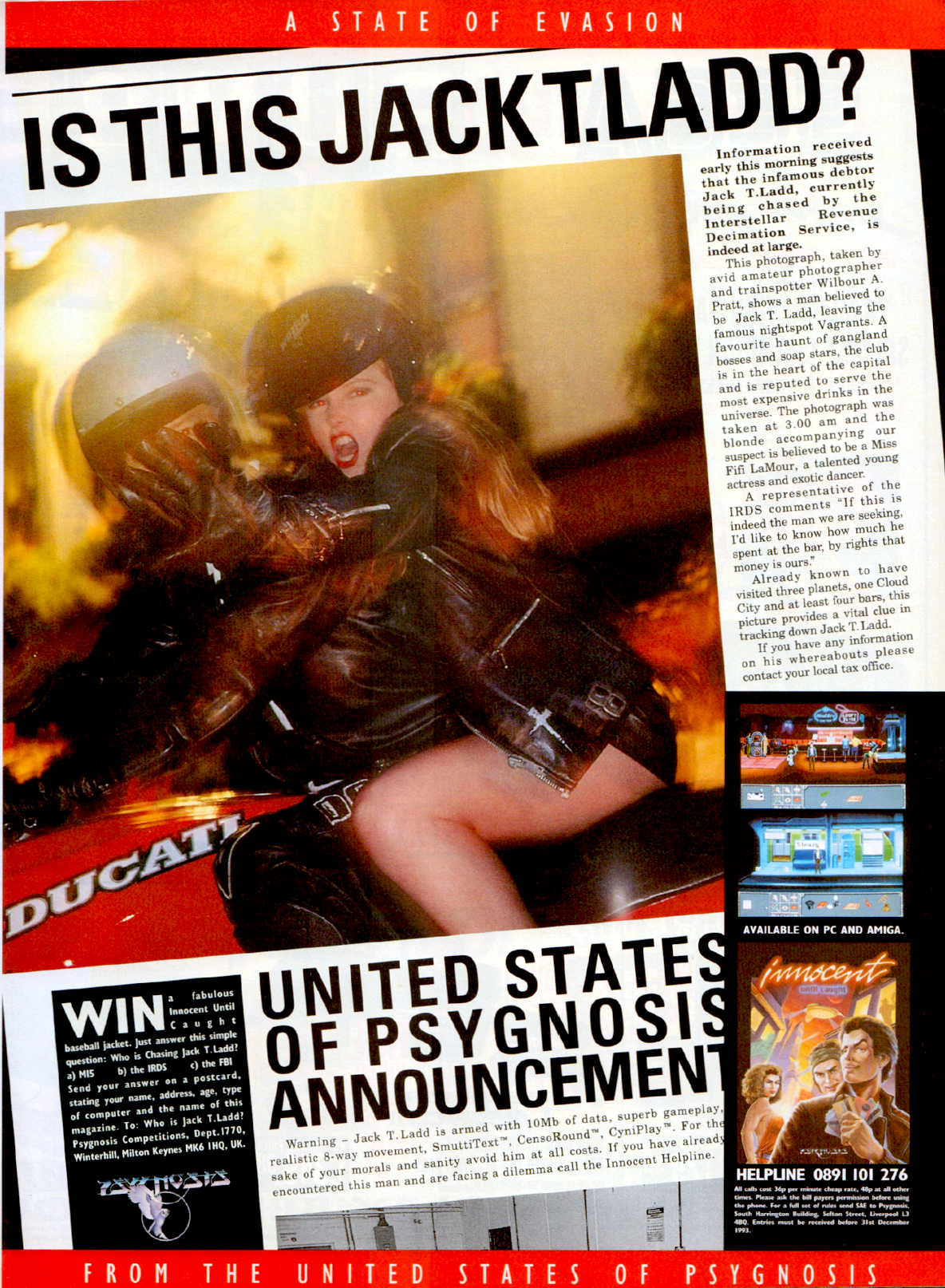 Description Innocent Until Caught is a graphic adventure game with an icon-based point-and-click interface.

Jack T. Ladd is a thief, his hunting-ground is the whole galaxy, and at the moment, he's in big trouble. He's got 28 days to pay his taxes - or else the interstellar tax agency will hunt him down. Termination is a viable punishment for tax offenders in these days, you know. Stranded blank on the barren, run-down planet Tayte, Jack decides that he has to make some cash. Quick.

Innocent Until Caught is pretty standard in terms of design but introduces some innovations when it comes to the interface. It features a mini-window at the bottom left of the screen which is alternately a mini-map of the area (showing all exits) and a looking glass for detecting small items. The inventory is a box-window in which objects can be placed wherever player wants (even on top of others). Also, the plot is illustrated by a few rendered sequences, some of the first used in adventure games.

There is a slight flaw when Psygnosis/Divide by Zero programmed the Amiga version of Innocent. You see, in the end credits, both versions that "Jack Ladd will return in INNOCENT 2 - Into the Corruption". which is the sequel called Guilty. Yet, this sequel was released for PC, but never released for Amiga. 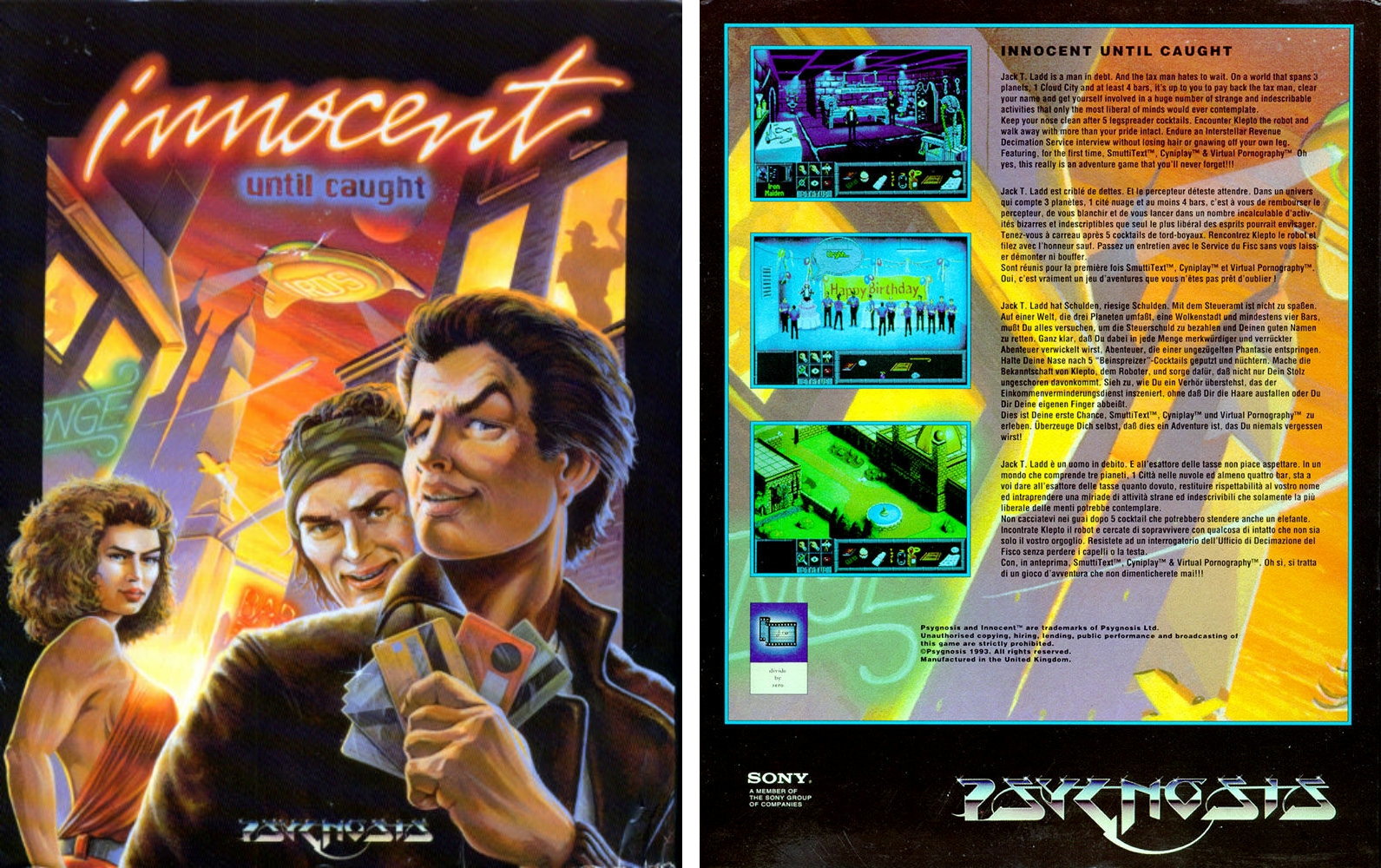