Barbarian: The Ultimate Warrior - Video Game From The Late 80s 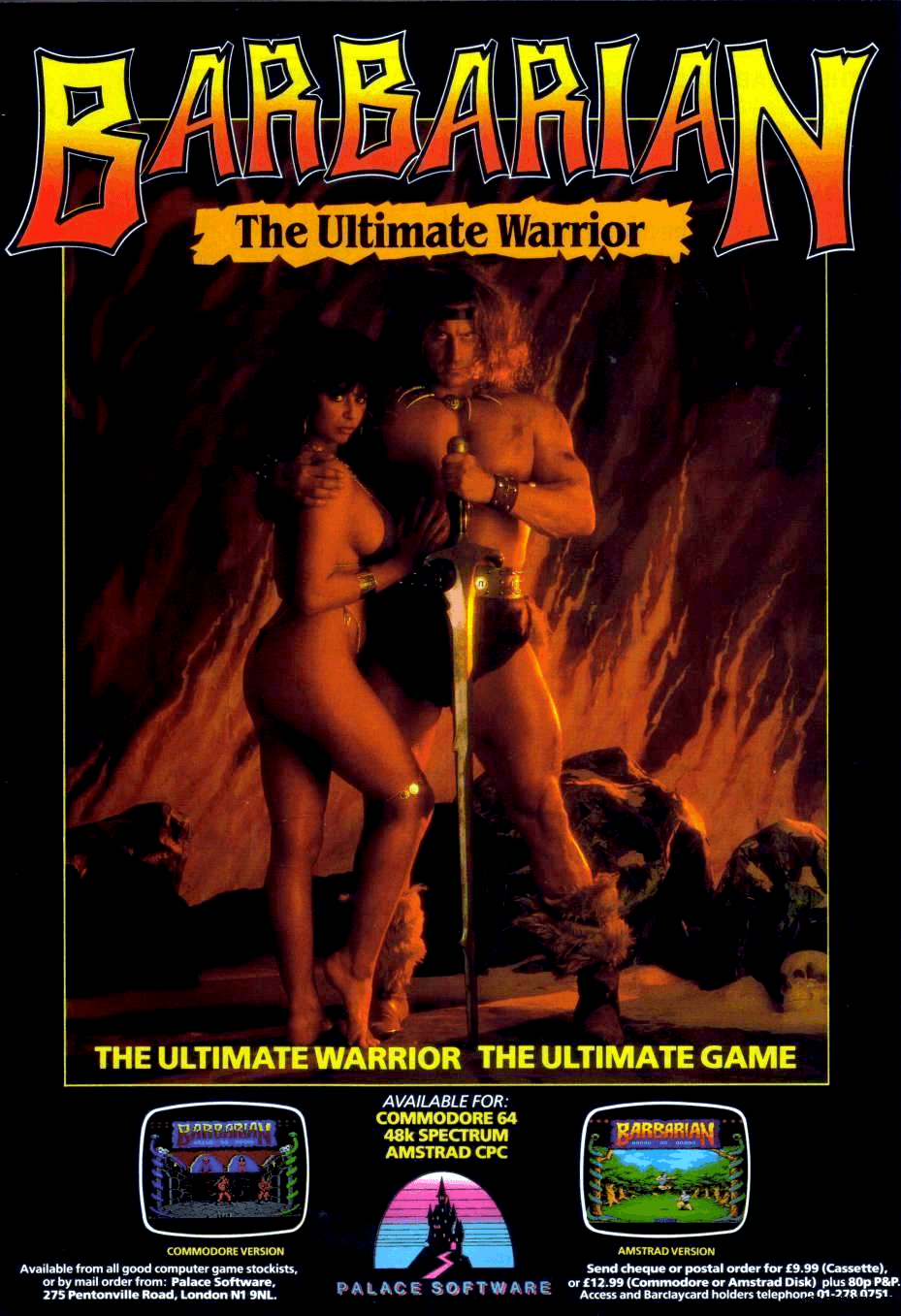 Barbarian: The Ultimate Warrior is a video game first released for Commodore 64 personal computers in 1987; the title was developed and published by Palace Software, and ported to other computers in the following months. The developers licensed the game to Epyx, who published it as Death Sword in the United States. Barbarian is a fighting game that gives players control over sword-wielding barbarians. In the game's two-player mode, players pit their characters against each other. Barbarian also has a single-player mode, in which the player's barbarian braves a series of challenges set by an evil wizard to rescue a princess.