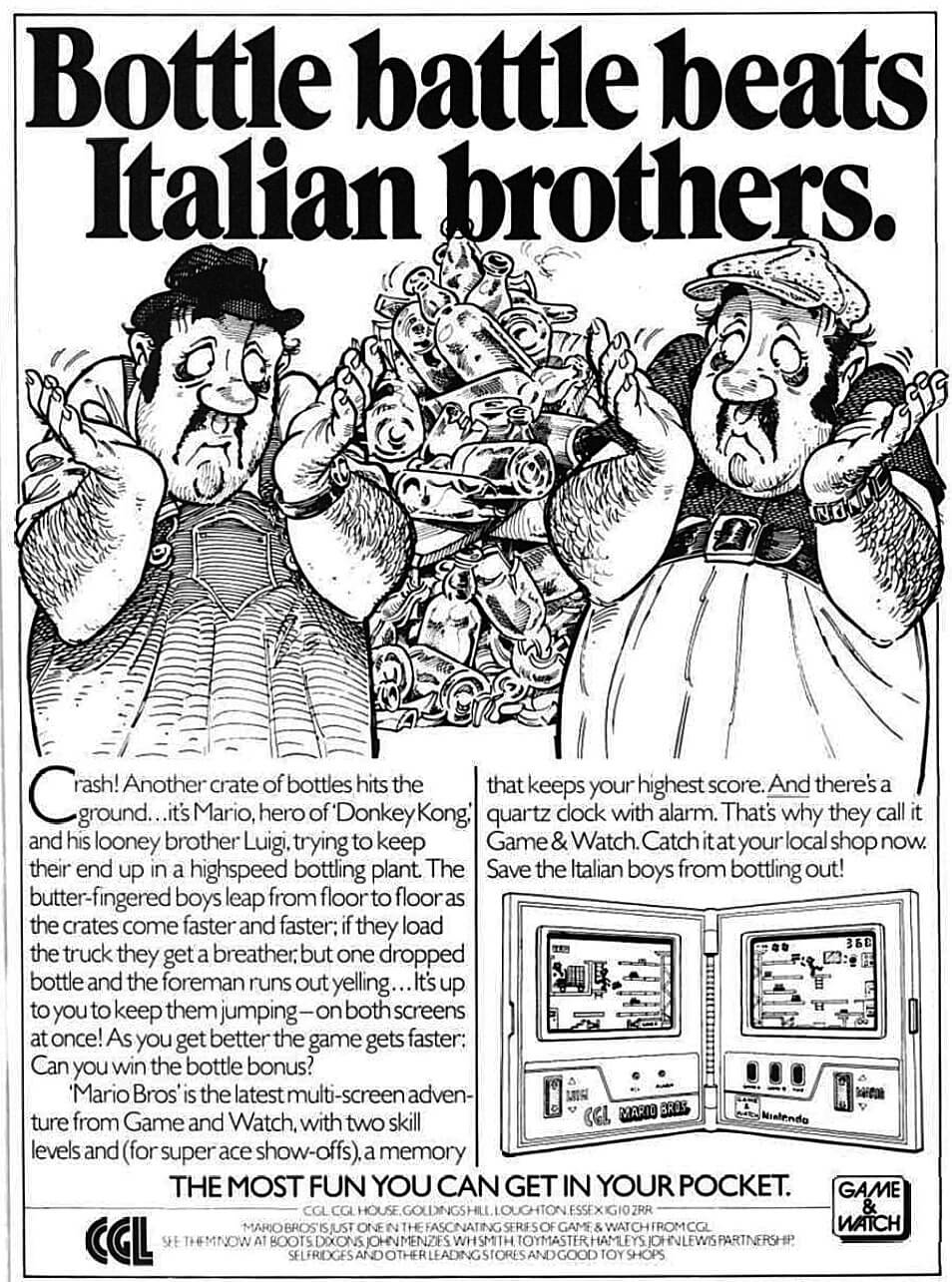 Game & Watch (Japanese: ゲーム&ウオッチ Gēmu & Uotchi; called Tricotronic in West Germany and Austria) was a line of handheld electronic games produced by Nintendo from 1980 to 1991. Created by game designer Gunpei Yokoi, each Game & Watch features a single game to be played on an LCD screen in addition to a clock, an alarm, or both. .[citation needed] It was the earliest Nintendo product to gain major success.

The units are based on a 4-bit CPU from the Sharp SM5xx family, that include a small ROM and RAM area and an LCD screen driver circuit.

The series sold a combined of 43.4 million units worldwide.

Origin and design
It is said that in 1979,[citation needed] Gunpei Yokoi, traveling on a Shinkansen, saw a bored businessman playing with an LCD calculator by pressing the buttons. Yokoi then thought of an idea for a watch that doubled as a miniature game machine for killing time.

Those units use LR4x/SR4x "button-cell" batteries, the same type used in most laser pointers or handheld calculators.

Different models were manufactured, with some having two screens and a clam-shell design (the Multi Screen Series). The Game Boy Advance SP, Nintendo DS, and Nintendo 3DS later reused this design.

Titles available in Game & Watch form vary from Mickey Mouse to Balloon Fight, including Nintendo staples such as Donkey Kong, The Legend of Zelda, and Mario Bros..

The modern "cross" D-pad design was developed in 1982 by Yokoi for the Donkey Kong handheld game. The design proved to be popular for subsequent Game & Watch titles. This particular design was patented and later earned a Technology & Engineering Emmy Award.

Game A and Game B Most of the titles have a 'GAME A' and a 'GAME B' button. Game B is generally a faster, more difficult version of Game A, although exceptions do exist, including:

From 1998 onward, a number of third-party distributors have been licensed to re-release smaller LCD versions of ten separate Game & Watch games which together compose the Nintendo Mini Classics series.

In 2001, Nintendo released Manhole-e bundled with its Nintendo e-Reader systems. Although an entire line of Game & Watch e-Reader cards were planned, they were never released.

Between July 2006 and March 2010, Nintendo produced two Game & Watch Collection cartridges for the Nintendo DS to be released exclusively for Club Nintendo members. The first cartridge featured three games from the Game & Watch Multi Screen series: Oil Panic, Donkey Kong, and Green House. The second compilation, Game & Watch Collection 2, contained Parachute, Octopus, and a new dual-screen game with Parachute on the top screen and Octopus on the bottom. Both cartridges are now available to the general public.

In March 2010, Takara Tomy released officially licensed Game & Watch-styled keychains, based on the Wide Screen series editions of Octopus, Parachute, and Chef. They do not actually run the games, instead just display a demo screen. While the game cannot be played, the speed at which the demo runs can be adjusted. The batteries are recharged with solar panels on the unit.

Nintendo's Game & Watch units were eventually superseded by the original Game Boy. Each Game & Watch was only able to play one game, due to the use of a segmented LCD display being pre-printed with an overlay. The speed and responsiveness of the games was also limited by the time it took the LCD to change state. The Nintendo Entertainment System (NES) controllers were based on the controls in Game & Watch, and Game & Watch Multi Screen version became the model on which the Nintendo DS was based.

Nintendo Game & Watch was issued under different trademarks in different countries, resulting in different packaging. These have become rare and are also collectible.

Nintendo Land for the Wii U has a mini-game named Octopus Dance that's based on the Game & Watch game Octopus.

Game & Wario for the Wii U heavily references the Game & Watch line, including the ability to play a virtual Game & Watch version of Pyoro/Bird & Beans. 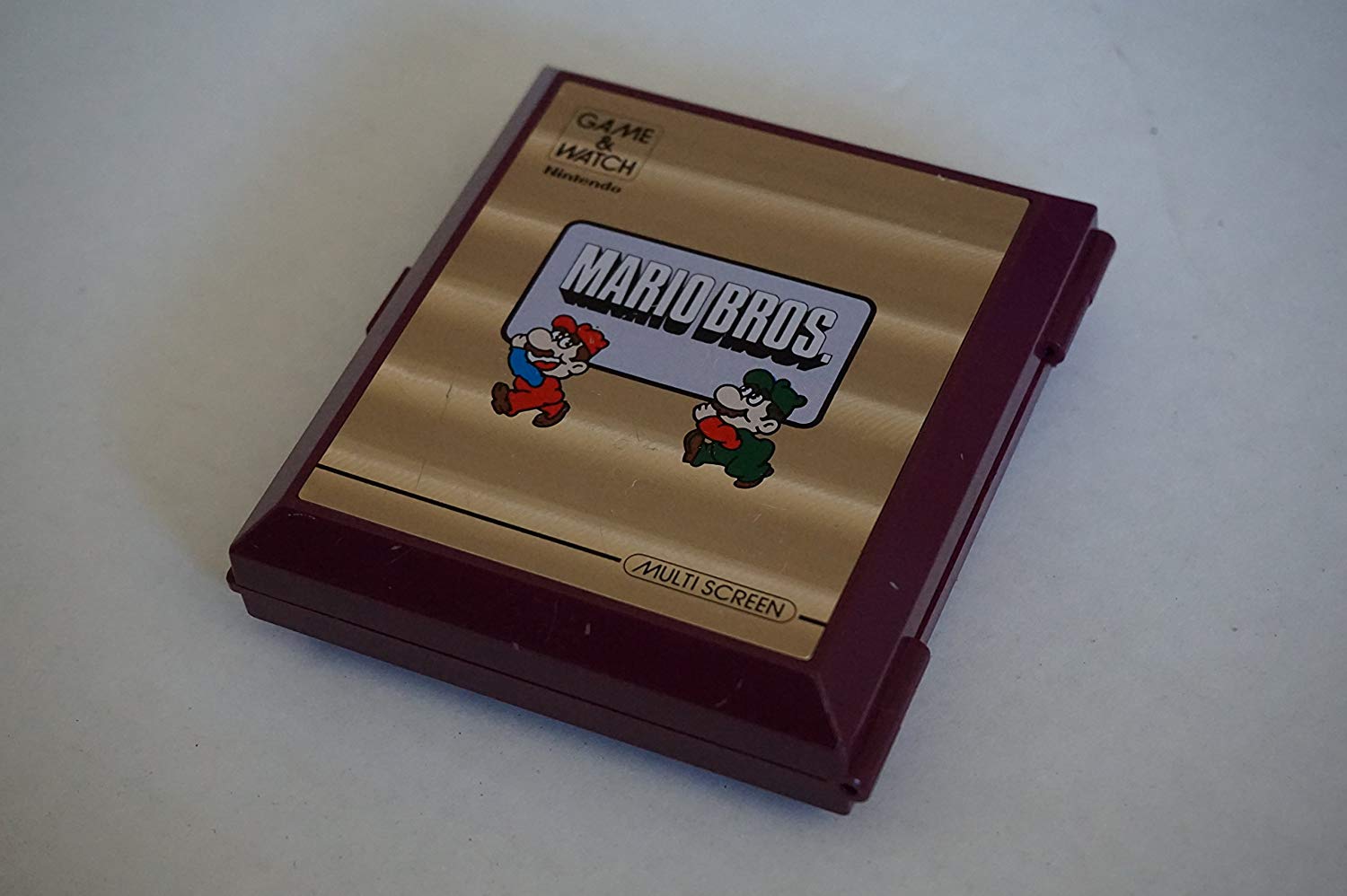 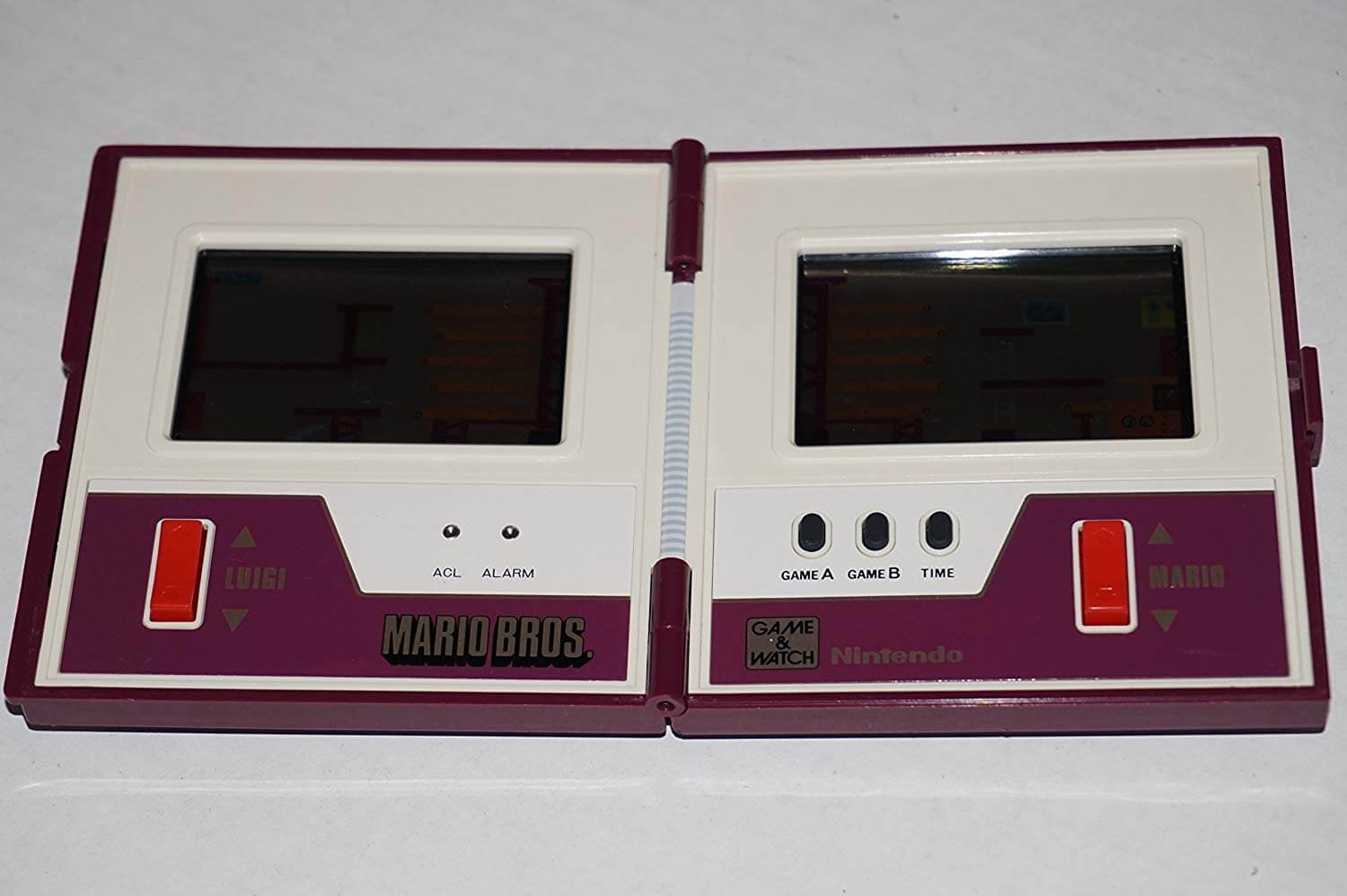 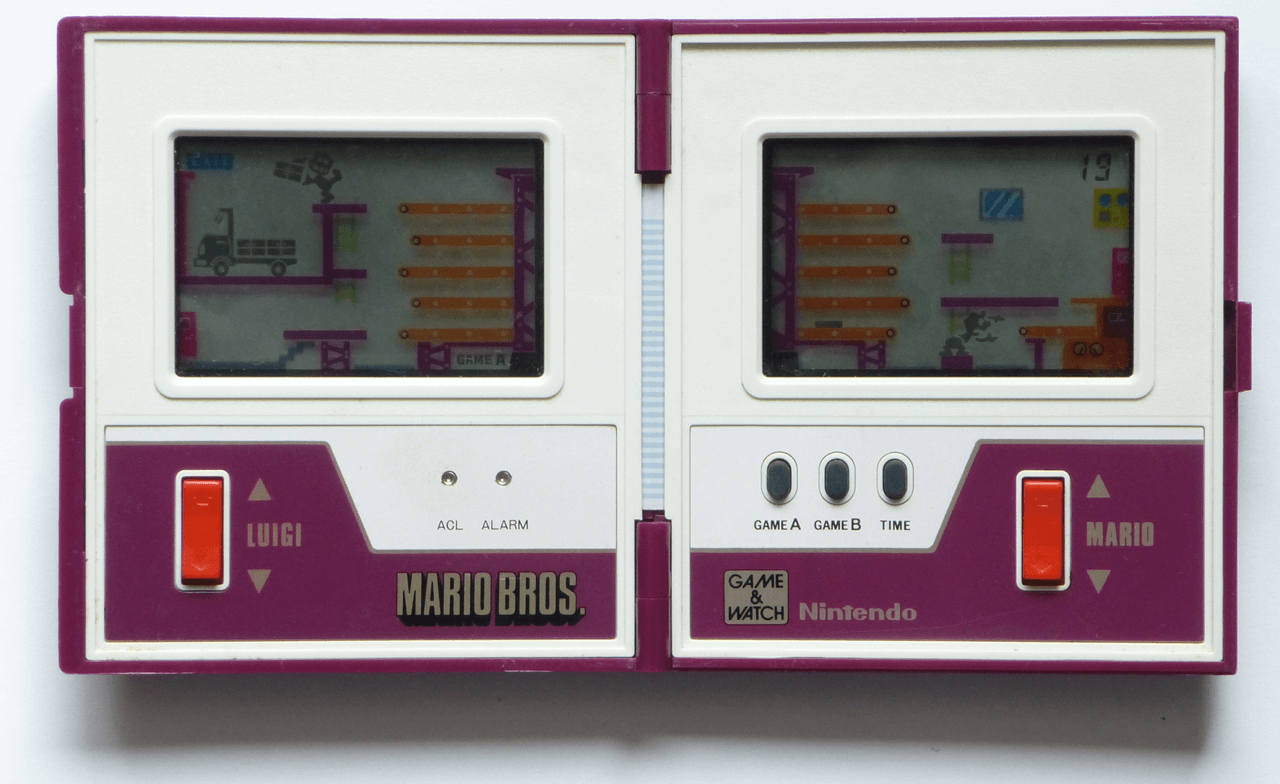 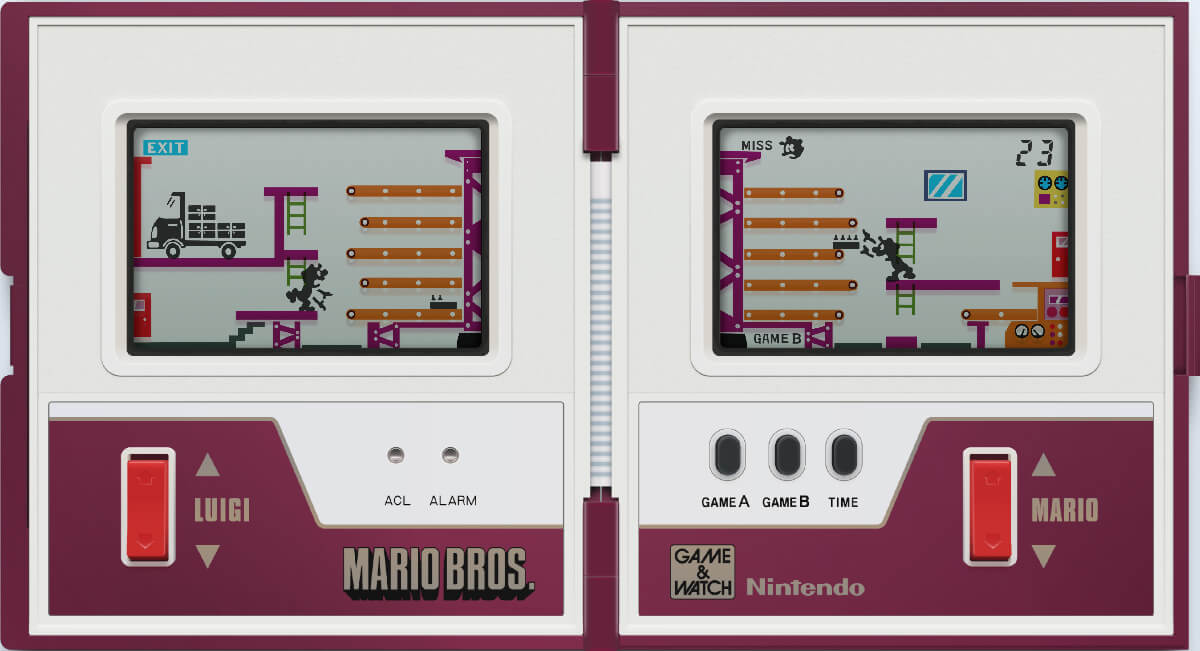