Sonic The Hedgehog - Video Game From The Early 90's 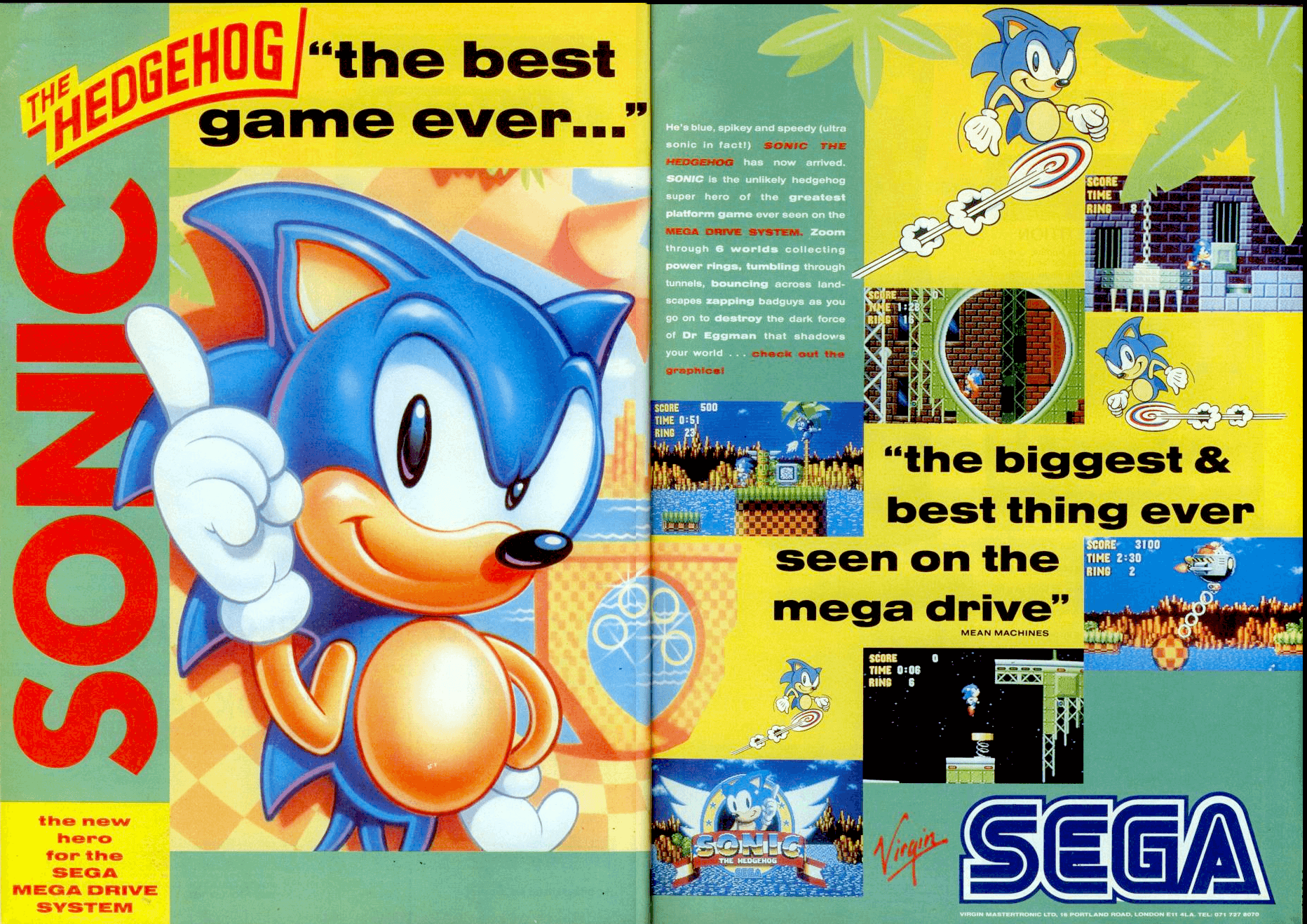 The first Sonic the Hedgehog game, released in 1991, was conceived by Sega's Sonic Team division after Sega requested a new mascot character to replace Alex Kidd and compete with Nintendo's mascot Mario. Its success spawned many sequels and helped Sega become one of the leading video game companies during the 16-bit era of the early 1990s. The first major 3D Sonic game, Sonic Adventure, was released in 1998 for the Dreamcast. Spin-offs have explored other genres, including racing games such as Sonic R (1997) and sports games such as Mario & Sonic at the Olympic Games (2007).

By March 2011, the series had sold over 89 million physical copies,[n 1] and grossed over $5 billion by 2014.[1] As of 2018, the series has shifted 800 million copies, including free-to-play mobile game downloads.[2] Several Sonic games are often included in lists of the greatest games of all time. Along with video games, the Sonic franchise has also crossed over into a variety of different media, including animation, comic books, and a Hollywood film.

Creation of Sonic
At the time when Sega was trying to design a character that was fast, one illustration drawn by one of the people working on the project depicted Sonic singing in a rock band with (you ready for this?) his girlfriend Madonna! They took the concept and dropped Madonna out of it!

While designing the game, the animal that Sega was thinking of using before the Hedgehog was a Rabbit. Sega cut it out and added the Hedgehog instead.

Sonic the Hedgehog came about as the result of an internal contest held by Sega to design a company mascot. Among the entries came the first designs for Eggman (Robotnik) as well.

Marble Zone
In many early screenshots of the Marble Zone, there are UFO-like objects floating in the sky. Footage of a prototype Marble Zone (complete with UFOs) is shown during a commercial in the movie Wayne's World. No one knows what the objects were for, or why they were removed.

Dr. Eggman
Dr. Eggman's name was changed to Dr. Ivo Robotnik for all English language versions. He would retain this name for all his English language appearances right up until Sonic Adventure , when it was intentionally phased out and restored to Dr. Eggman, presumably because that game heralded Sonic's return to glory and there was a desire for him to return to his roots. However, the Robotnik name was officially acknowledged in Sonic Adventure 2 , even in the Japanese continuum.

Chaos emeralds
Of all the Sonic games, Sonic the Hedgehog is the only game to have only 6 Chaos Emeralds. Every other game in the series features 7 Emeralds.

Japanese version
Curiously, though the game was developed entirely in Japan, Sonic the Hedgehog was first released in North America and Europe, with the Japanese release coming a month later. The Japanese version features several bug fixes and visual effects that didn't make it into the initial international release. In particular, the infamous "spike bug" (where if Sonic hits spikes, and the hit knocks him into another set of spikes, he dies immediately even though he should still be invulnerable) is fixed. The parallax scrolling in the background of many zones is enhanced, and there are additional water effects in Labyrinth Zone.

Music
The Japanese rock group Dreams Come True, who also composed all of the music for Sonic the Hedgehog (as well as Sonic 2 and Sonic CD), also helped promote Sonic in Japan! During one major tour they took across Japan in the summer of 1991, they had murals of Sonic painted onto the trucks that carried their equipment to get the people's attention. And then to make it even better, their song "Sweet Sweet Dream" was chosen to be the ending theme for Sonic 2!

Game Boy Advance version
The 2006 GBA release is a port of the Genesis version. It includes a new save system and the Anniversary Mode, where the spin dash (a feature that enables Sonic to roll into a ball and rev up a spin attack from a dead stop, not available in the original game) has been added. 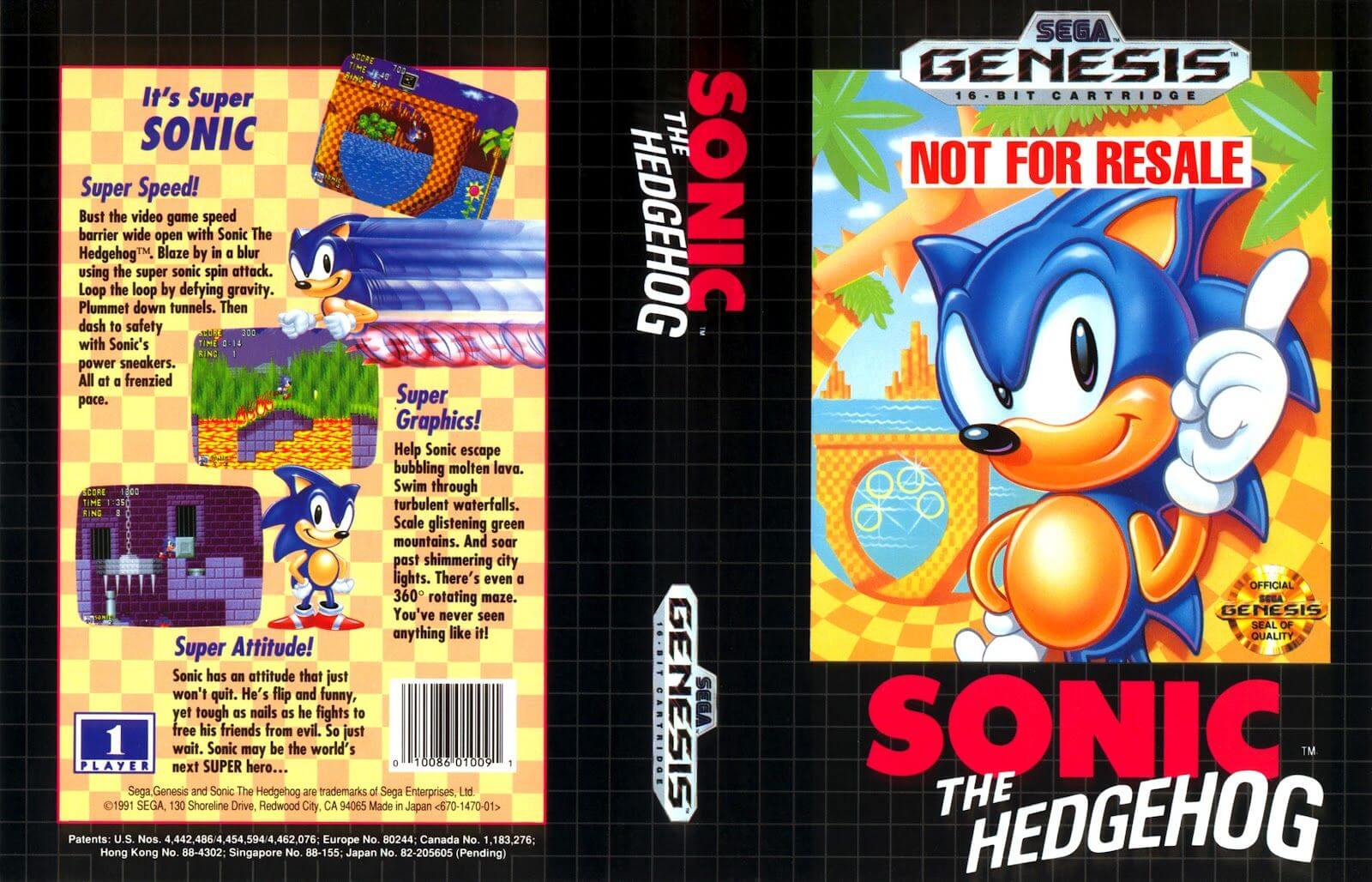