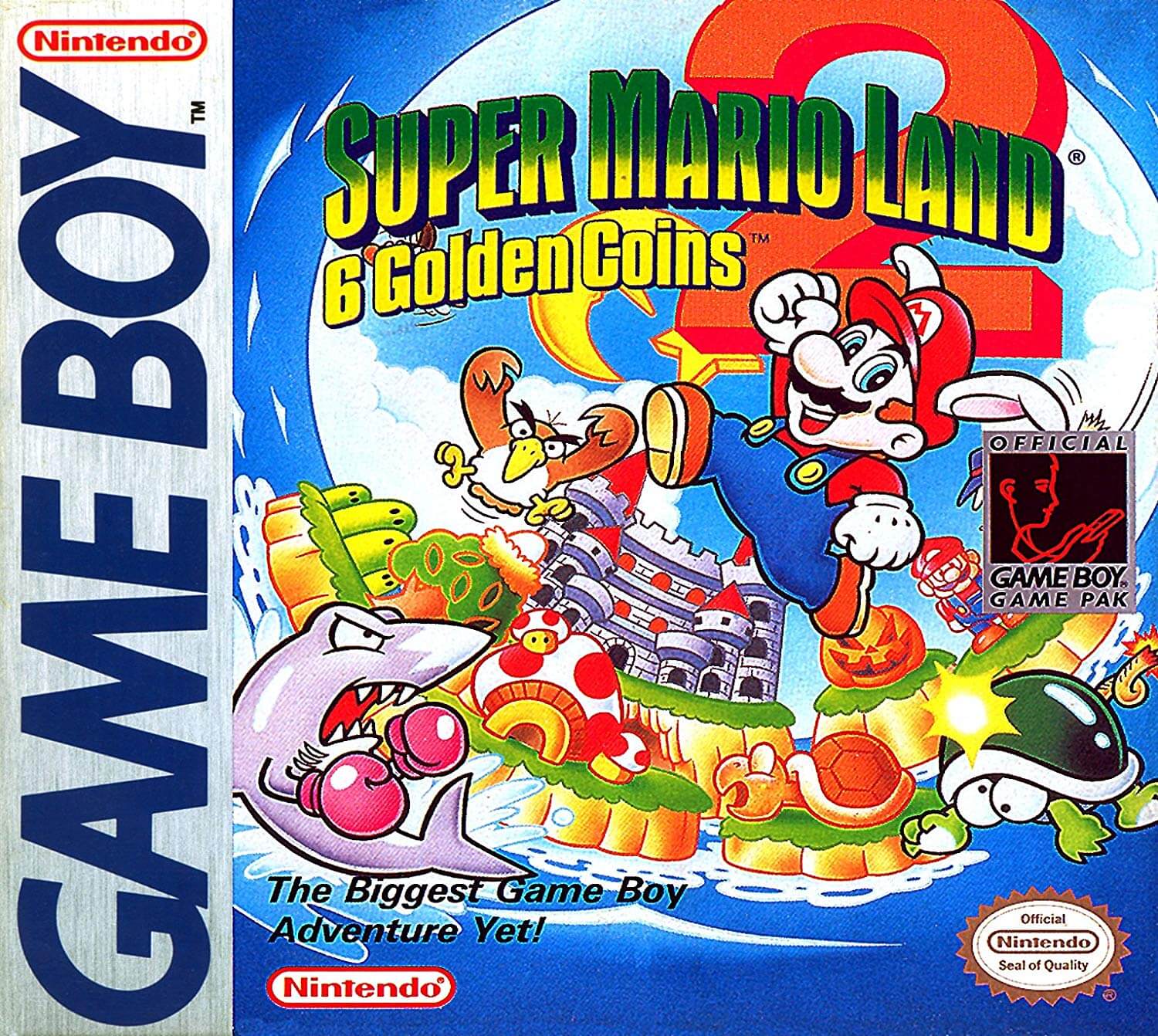 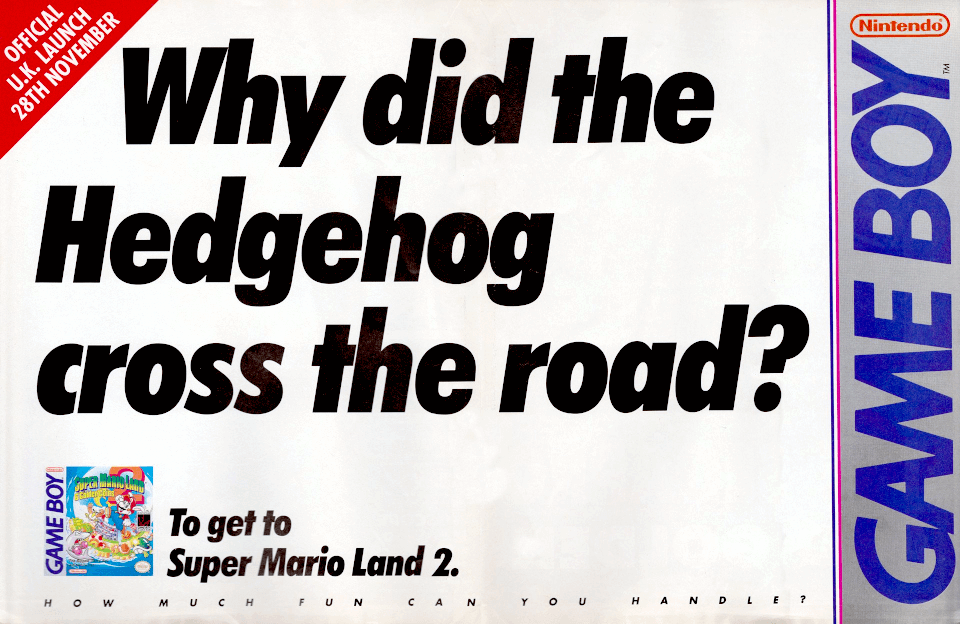 Description
Second in the Game Boy's line of Mario games, this one takes the evolutionary steps that Super Mario 3 for the NES took with it's predecessors. New graphics, power-ups, challenges, and a completely original storyline. A bad version of Mario, Wario, takes over Mario's castle and locks him out using 6 golden coins. Mario must search for said coins all over Mario Land to take back his castle and go one-on-one with Wario himself.

The music was composed by Kazumi Totaka, and it is one of his earliest works. "Totaka's Song" is also hidden in the game and can be heard in the Game Over screen after waiting for 2 minutes and 30 seconds.

LEGO
The final level in the "Mario Zone" is built partly on LEGO bricks.

Wario
This game marks the first official appearance of Wario.

Fan made color conversion
In 2017 Daniel Davis, Drakon released the first version of "Super Mario Land 2 DX", a hack of the game adding a basic color palette to the game. The modified game works on Game Boy Color emulators as well as the real hardware. Apart from the new palette, the hack claims to have reduced the noticeable slowdowns in the original game

Legacy
The January 1993 issue of Nintendo Power magazine contained a 10-page comic entitled Mario vs. Wario which was a loose retelling of Super Mario Land 2's plot. In the comic, Mario's childhood playmate Wario invites him over to his castle to "catch up on things". Unbeknownst to Mario, however, Wario is secretly plotting revenge on Mario who he believes used to bully him when they were children. During his trip to Wario's castle, Mario encounters several of the bosses from the game who were sent by Wario to eliminate Mario, a detail of which Mario is unaware. Upon reaching Wario's castle, Mario encounters a giant Wario whom Mario defeats by pulling a plug on his overalls. The comic ends with Mario apologizing to Wario and playing cowboys with Wario once again vowing revenge on Mario. In August 2016, it was reported that Mario vs. Wario and its predecessor Super Mario Adventures would be re-released by VIZ Communications.

Re-release
The game was released for the Nintendo 3DS's Virtual Console service via the eShop on September 29, 2011, in North America and Europe, and was released on October 12, 2011, in Japan.