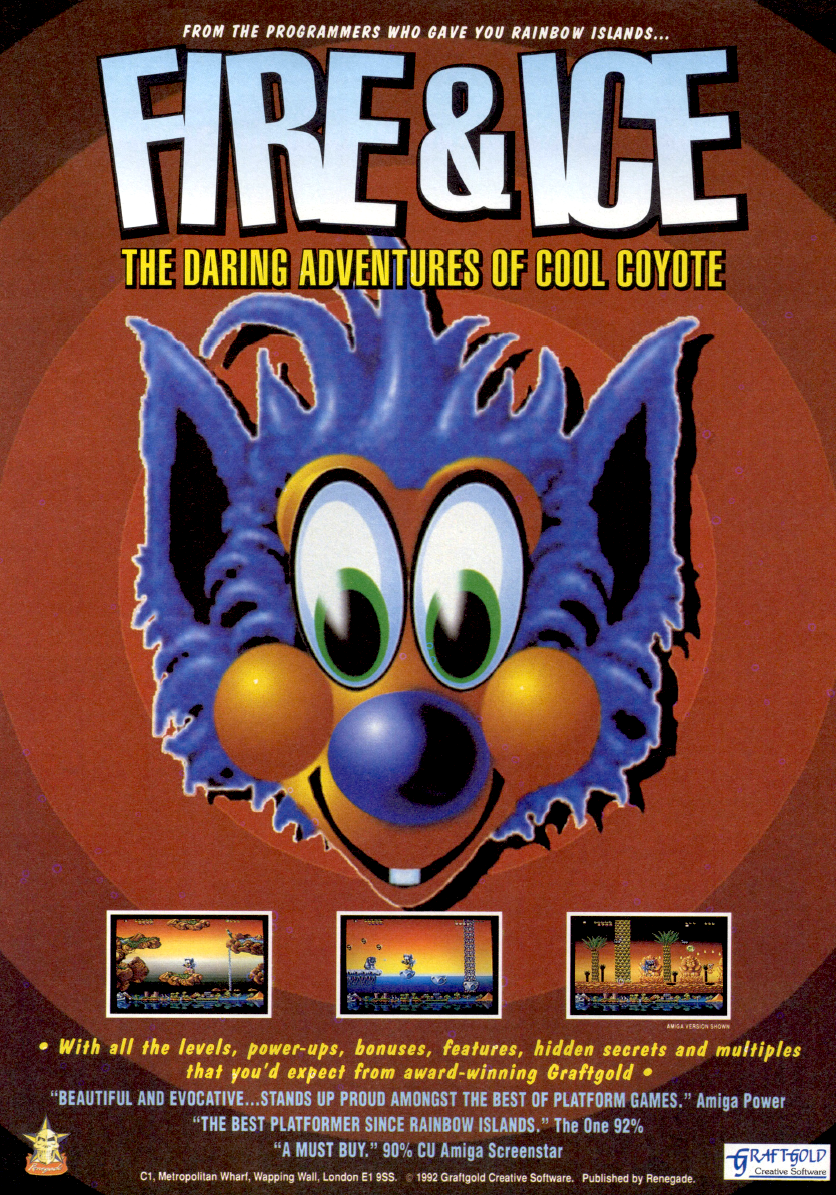 Description
The background story of Fire & Ice is quick to tell: A coyote (you) runs, throwing ice cubes, through various worlds. In the levels you must jump on platforms and kill your enemies. The enemies (for example, birds and penguins) can be shot with your ice cubes; they become frozen, so you smash them. Sometimes they leave part of a key behind after they're destroyed. The complete key, assembled from all the pieces, opens the door to the next world.

In this "jump & run" you can also get some power-ups. You can find some coyote puppies; these puppies follow you, are invulnerable, and also shoot enemies. In higher regions you find some snow-flakes; enough of these and you get a great snowball for freezing more enemies on the screen.

DOS version
The PC version contains 16 colours only because it was written using Realms shell which had CGA and VGA 16 colour drivers.

This re-released version also gained some additional features absent in the original Graftgold/Renegade release: the ability to load/save game progress, user-definable keys, a jukebox for listening to the in-game music, an in-game manual, just to name a few. The actual game remained unchanged, however.

Xmas edition
There is a Xmas special edition with winter levels.