Days Of Thunder - Video Game From The Early 90's 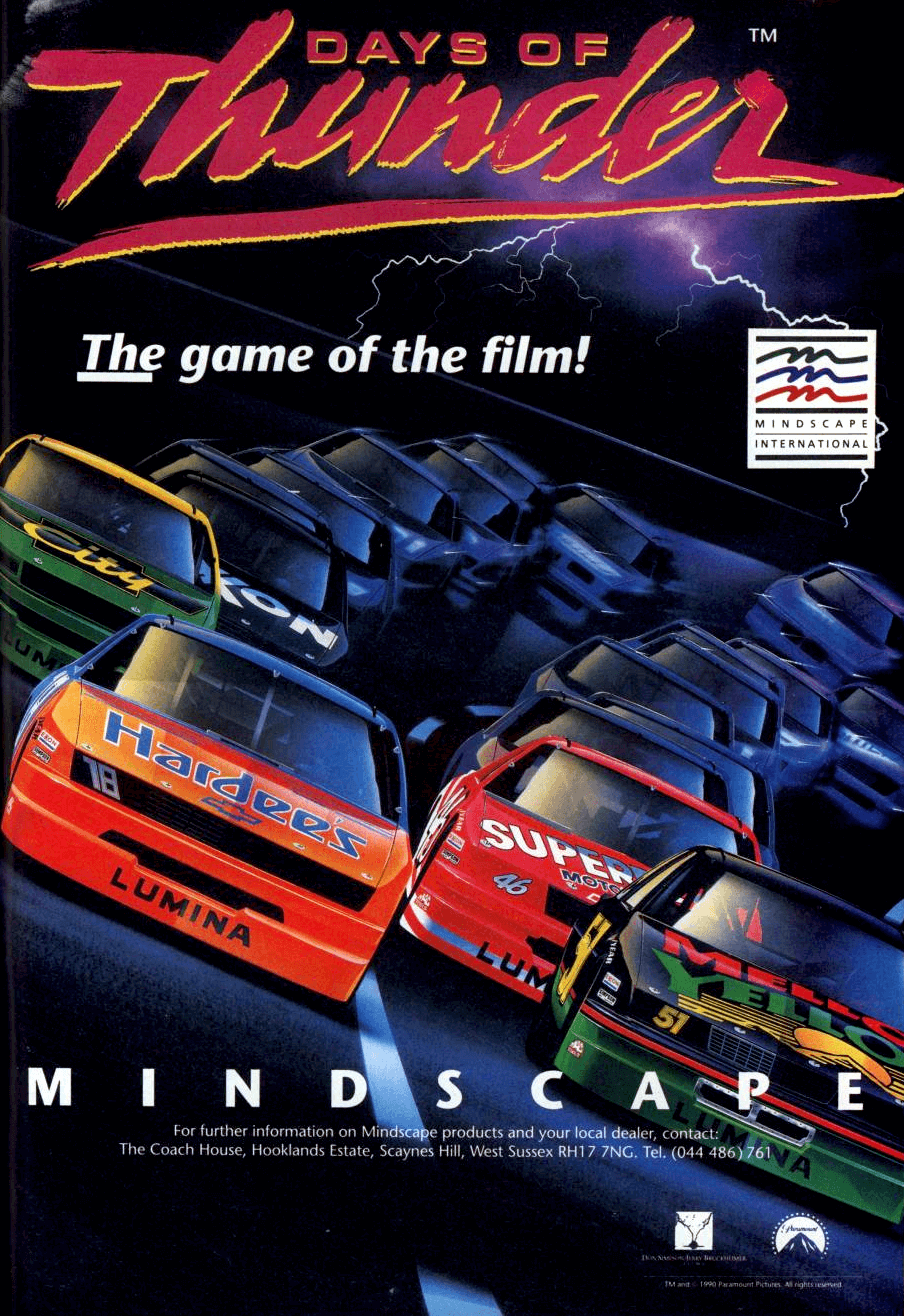 Description
Tom Cruise's film brought NASCAR racing to the masses, and Mindscape did the same for games players with this license.

You play Cruise's Cole Trickle character (his name, like many of the others, is slightly different to that of a real NASCAR racer of the day) against your rivals on 8 tracks, based on real-life counterparts. The races are all on ovals, although the exact lengths, corner types and gradients are varied.

From time to time you'll have to pull into the pit stop area. When doing so, you control the five members of the pit crew. [Taking] time on pit will make you lose positions at the race. The other racers, however, never pit.

The NES version has an external view only.

PC
In the PC version, gameplay consisted of setting up the car, qualifying, and then the actual race event. If the player finished in a high enough position, they would progress to the next circuit. Damage was calculated not by realistic damage displayed on the car but a "cracked dashboard" bar indicator, with cracks appearing along the dashboard when the player hits something.

If the Adlib or Roland detection isn't working, simply copy the ADLIB.BIN or ROLAND.BIN file over the PCSND.BIN file to force sound for your card.

Updated game
In 2009 Freeverse released an updated version for the iOS. 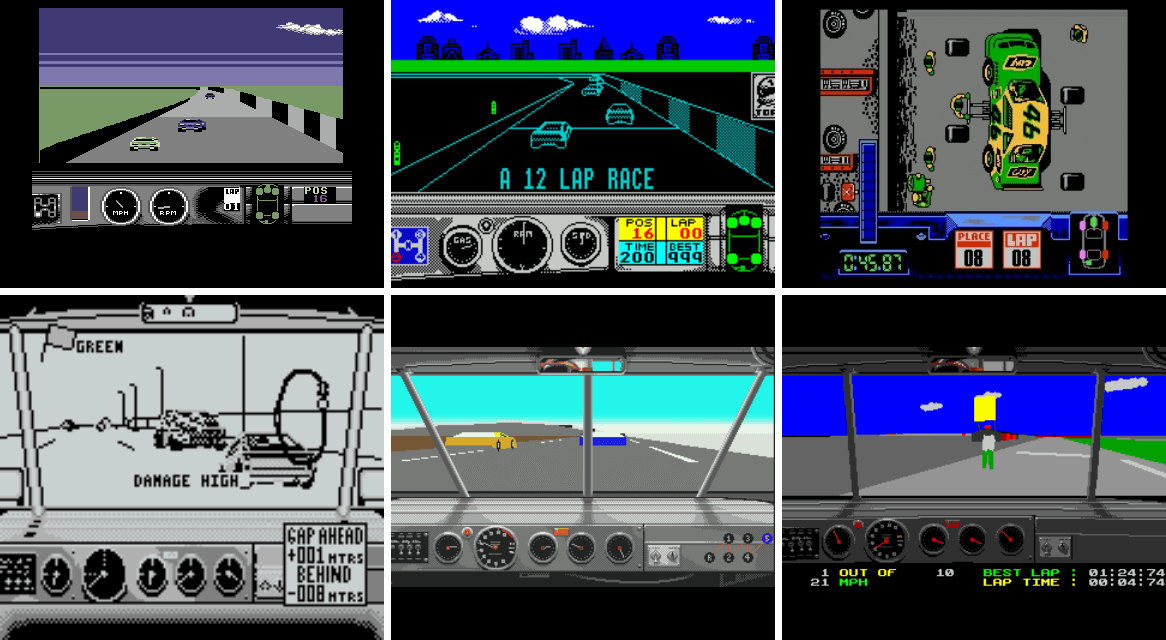