Wing Commander 2: Vengeance of the Kilrathi - Video Game From The Early 90's 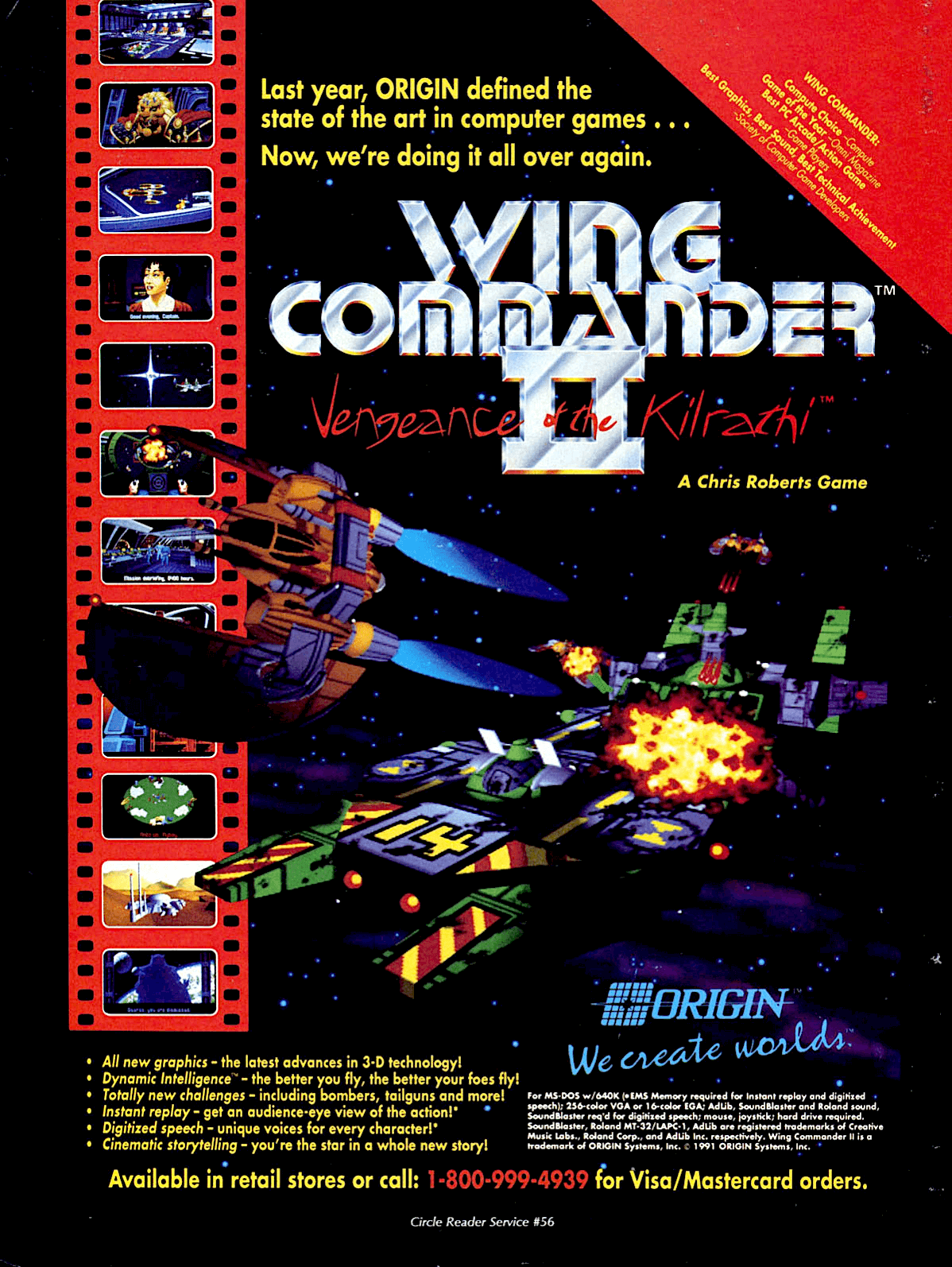 Description
Your carrier, the Tiger's Claw, is destroyed by Kilrathi stealth fighters. You are blamed for the loss of the ship. After being demoted you are transferred to a space station far off the front lines where you are supposed to spend the rest of your career. However, ten years later, you are able to save the Confederation flagship, the Concordia, from a Kilrathi attack. On the ship, you meet many old friends. Back in the cockpit, it's up to you to stop the Kilrathi and prove your innocence in the destruction of the Tiger's Claw.

The basic gameplay of Wing Commander II is very similar to that of its predecessor. There are all-new ships for both the Kilrathi and the Confederation, however - only the Rapier returns from the previous game, in an upgraded version.

While many of the weapons (including both missiles and energy guns) are also reused, new technology (used by both sides) requires new tactics: Since capital ships now employ "phase shielding", making them immune to normal weapons fire, only special torpedoes can damage them. Only heavy fighters and bombers are able to make torpedo runs. Before a torpedo can be fired, the shields of the target must be analyzed to find a way to get through, which results in a long locking phase during which the bomber must not move. The bombers are equipped with one or more gun turrets to protect them from enemy fighters during the lock-on. Another new technology are chaff pods, which can be deployed to lure enemy missiles off the target.

The Wing Commander series' trademark cinematic storytelling is greatly expanded in Wing Commander II, with many animated cutscenes continuing the story between missions.

References
One of the mission series in Wing Commander II takes place in the Niven system. This is a tip of the hat to science fiction writer Larry Niven, whose felinoid aliens, the Kzinti, inspired Wing Commander's antagonists, the Kilrathi.

Cancelled SNES version
A SNES port of this game was created in 1994, to follow the previously released Wing Commander and Wing Commander: The Secret Missions SNES games. All indications are that the game was completed and shipped to the factory to begin manufacturing. However at the very last minute the game seems to have been cancelled. The only indications that it ever existed are the April 1995 issue of Electronic Gaming Monthly and the May 1995 issue of GamePro, both of which published reviews of the game. 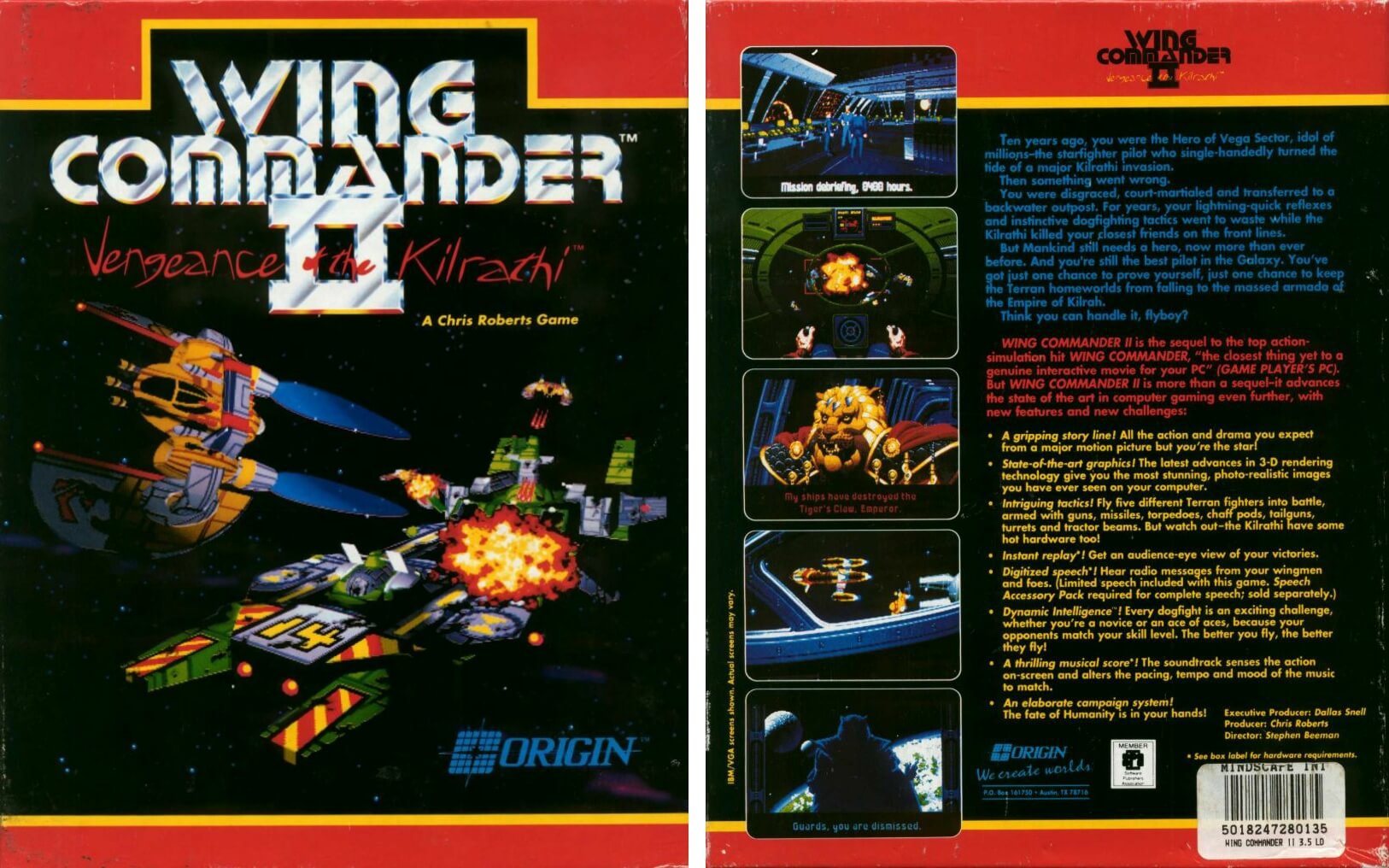