Temple of the Gods Contest: High Sheidal and the Cathedral of Yog Extras Disk 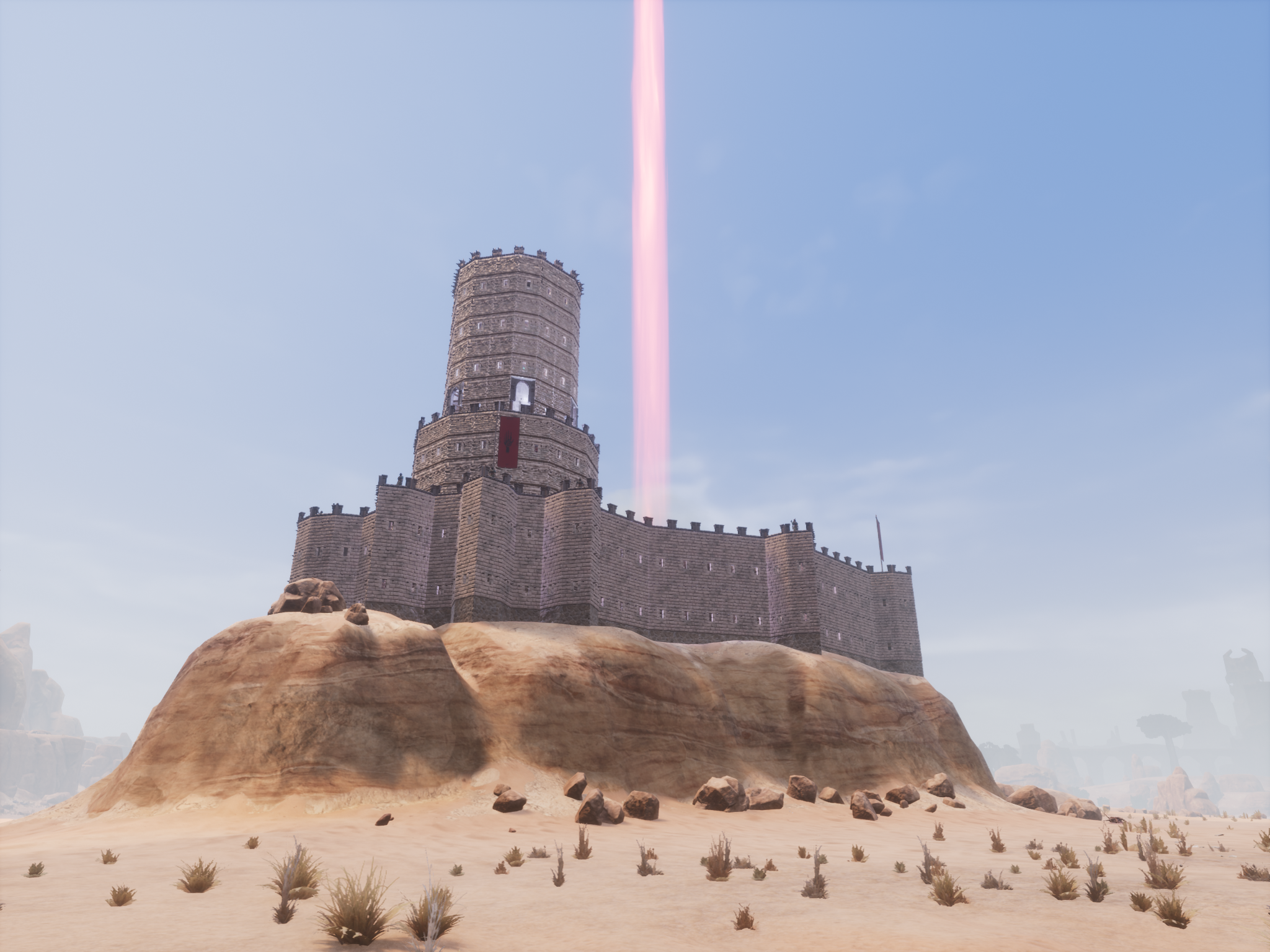 The inspiration for High Sheidal came to me back in late May this year. It had been some time since I'd undertaken a major build, and at the same time all my old castles, such as Aegrefang here, were showing their age. Their design was simply incompatible with the multitude of massive benches, furnaces, and specialized crafting tables.

So I began to cast around for a new spot to build a castle - or even city - that could contain all the different new facilities. After eliminating a few prospects, I settled on a plateau between the Summoning Place and Al-Merayeh ruins overlooking the river. High Sheidal was founded. 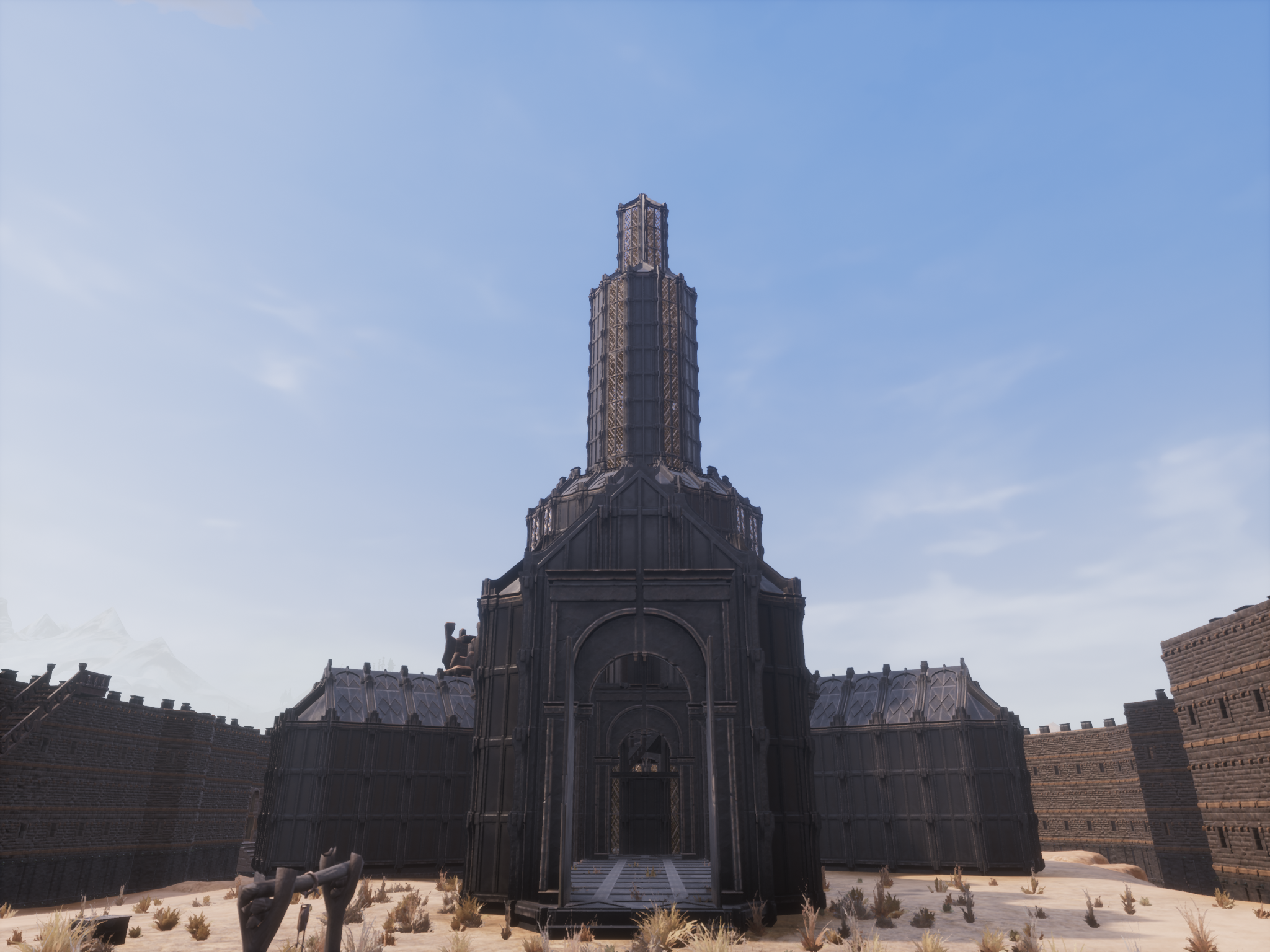 This is the first shot I have of High Sheidal and the Cathedral. As soon as I finished the walls and saw the huge blank canvas I was working with, I knew I had to do something more than a castle, and decided to go for a walled city, with a cathedral at the center. This is the Cathedral in its earliest, rawest form - no turrets or buttresses, just the base design. 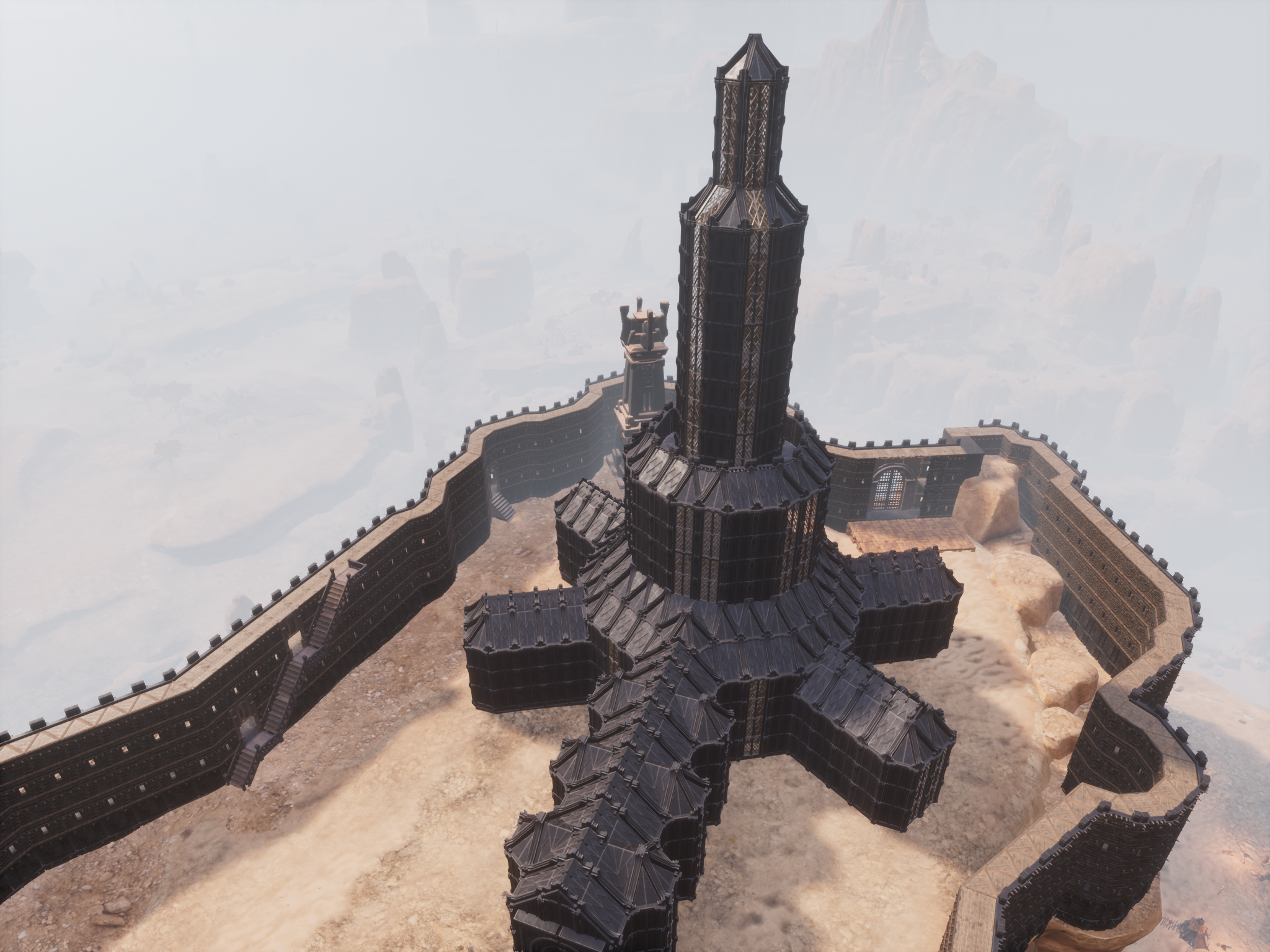 An aerial shot of the early cathedral. Back then, I thought I would have more than enough space to do whatever I wanted, but these days, I'm running out! Installing the decor mods brought in a flood of even more crafting benches, which forced me to build a second story onto the artisan building rather than a new workshop. 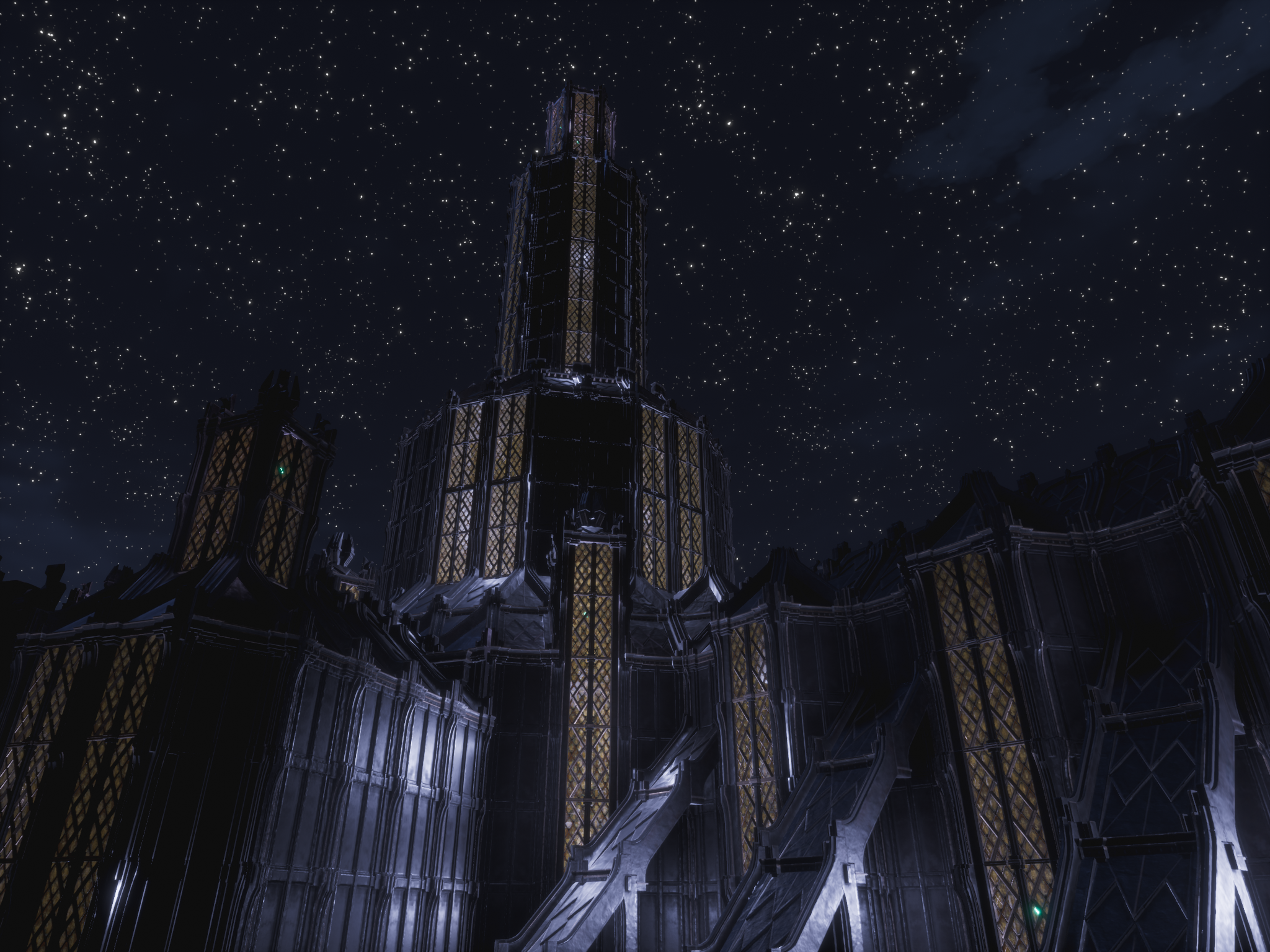 This night shot, though it predates the upper tower turrets, is probably one of the best pictures of the Cathedral I've taken. 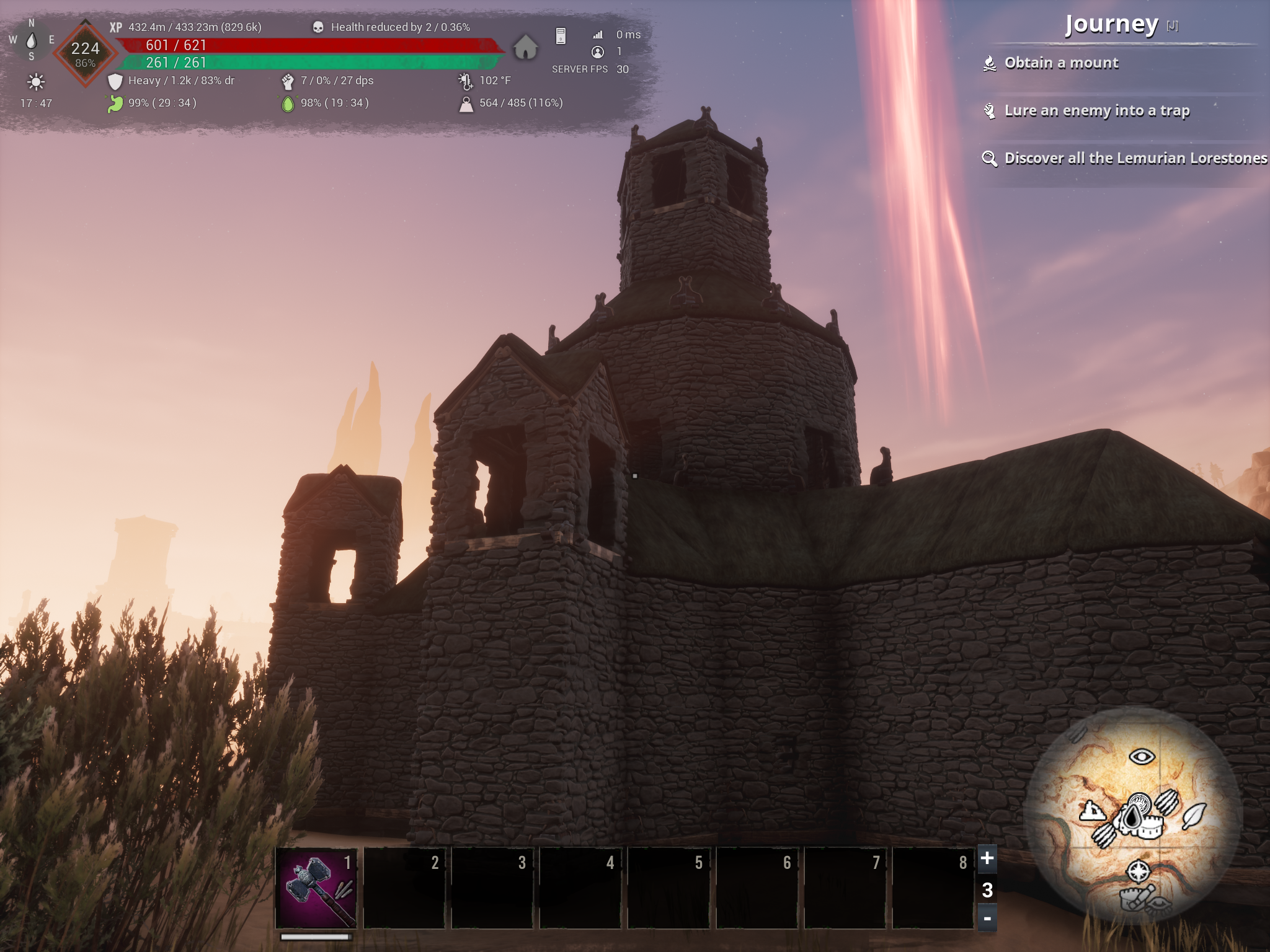 Across the river, I prototyped the mini-me chapel in sandstone and thatch, and later duplicated the design on Siptah.