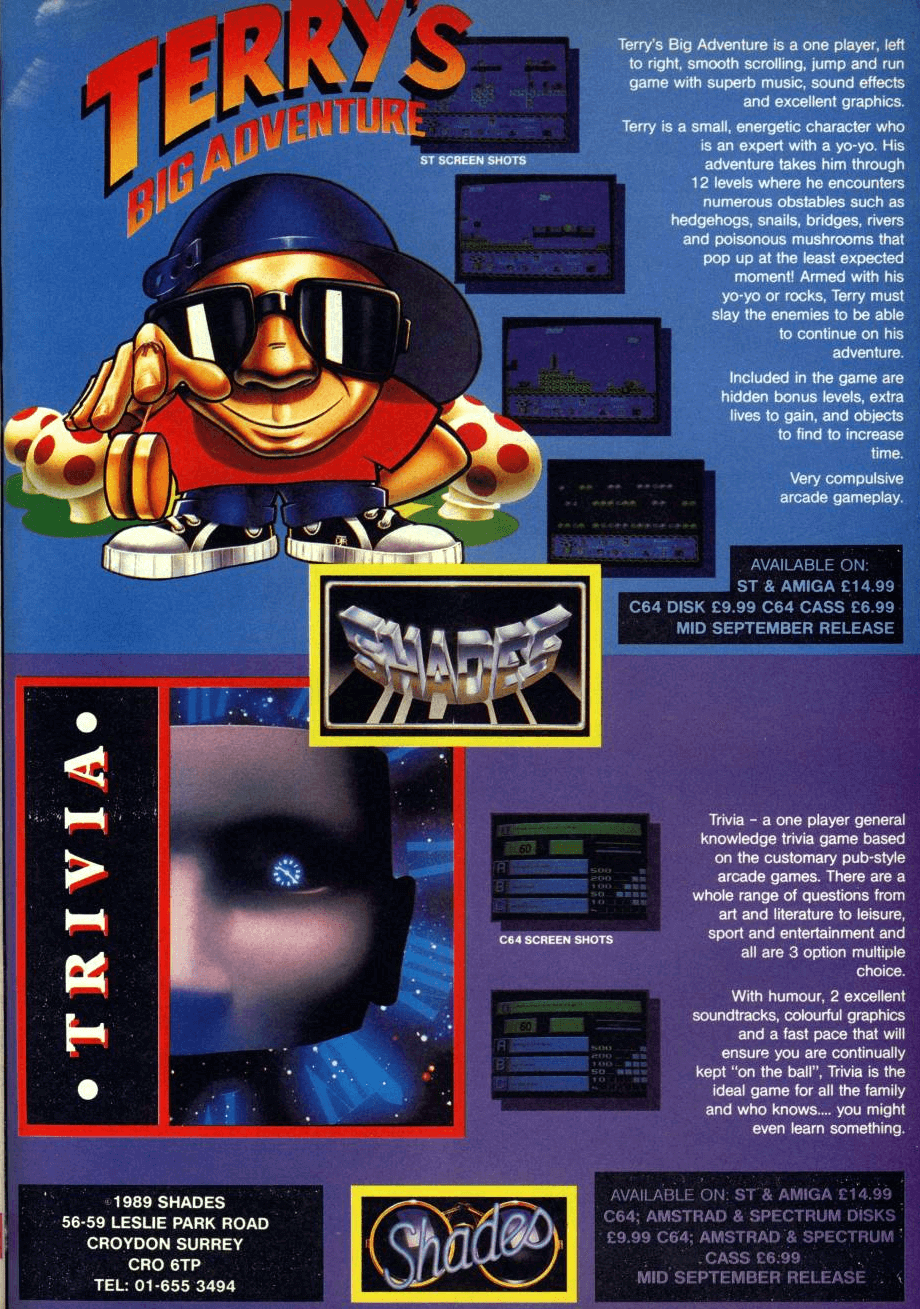 Description
Terry's Big Adventure looks and feels somewhat similar to Mario's, being a side-scrolling platform game using stylised block graphics and lots of ledges to climb up and around. Terry is armed with a yo-yo which can be directed as a weapon by pushing the joystick as you hold down fire - an idea later repeated by Trolls. On this occasion the use of the yo-yo causes Terry to recoil slightly, so be careful that this does not push him off a ledge or into the path of another enemy.

There are 12 levels in total, incorporating many rivers to cross as well as hordes of hedgehogs, snails and similar to kill. Hidden bonus objects and time extensions can be found. When you start a new game you start form the last level you reached, so you effectively have unlimited continues. 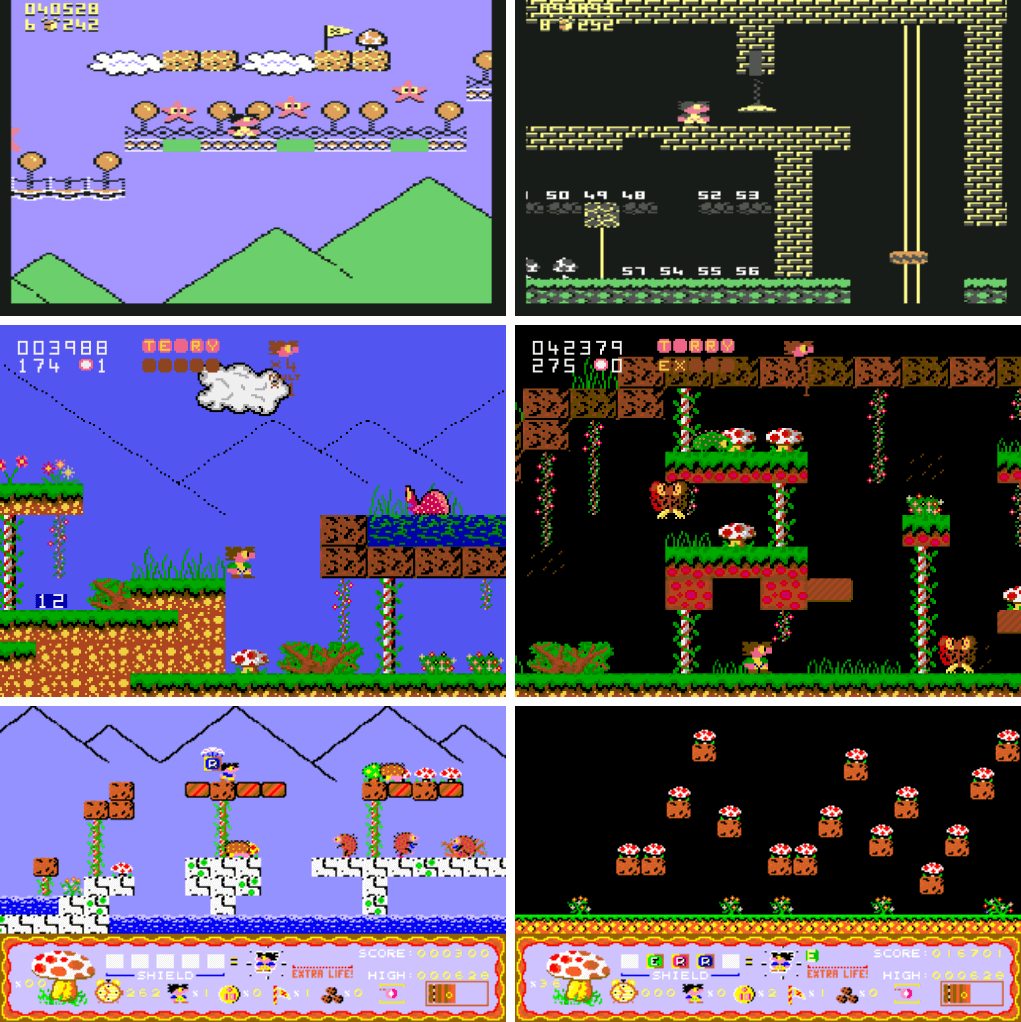