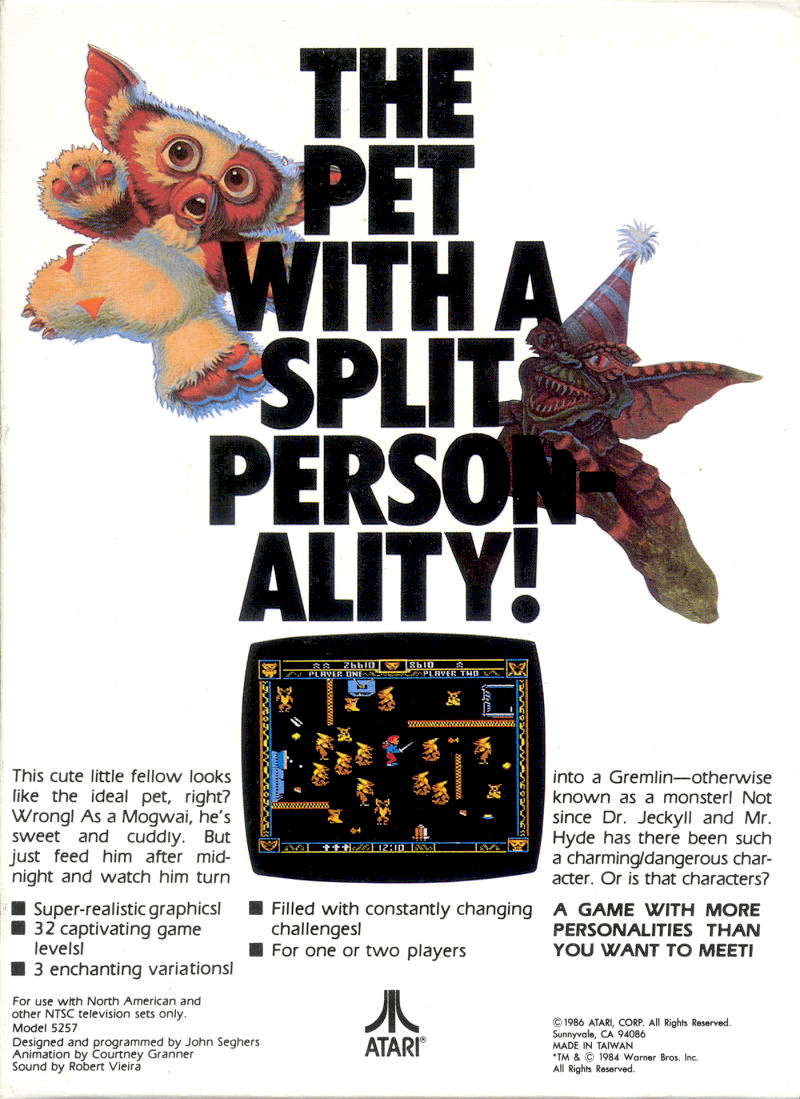 Description
Gremlins is an action game based on the Steven Spielberg movie of the same name. The game takes place just after midnight when there are Gremlins and Mogwai running around Billy's living room!

You control Billy from a 3rd person point of view. On each level, your goal is to catch all of the Mogwai and return them to their cage (located in the upper right corner of the screen) and to destroy all of the Gremlins with a sword. Each level has a time limit - at 6:00 am when the sun rises. You move on to the next level by completing your tasks or just surviving until 6:00, although more points are awarded for the former. You will also receive bonus points for each Mogwai returned to the cage.

On many of the levels there will be various types of food lying about the screen. If a Mogwai eats any food, it will turn into a gremlin. There may also be puddles of water; if a Gremlin or Mogwai runs into the water, it will split into two. Some levels also contain a refrigerator or popcorn machine which will throw food out onto the screen, or a television which will distract the Gremlins.

Trivia
In the 2000s, more games were released; Gremlins: Unleashed! was released on Game Boy Color in 2001. The game was about Gizmo trying to catch Stripe and thirty other gremlins, while the gremlins also try to turn Gizmo into a gremlin. Both Gizmo and Stripe are playable characters in the game.

A Gremlins Team Pack was released for Lego Dimensions on November 18, 2016. The pack includes minifigures of Gizmo and Stripe, a constructible polaroid camera and RC car, and grants access to an Adventure World and Battle Arena based on the film. Howie Mandel and Frank Welker reprise their respective roles as Gizmo and Stripe, while Phoebe Cates, Hoyt Axton and Frances Lee McCain reprise as non-playable characters Kate Beringer, Randall Peltzer and Lynn Peltzer respectively. 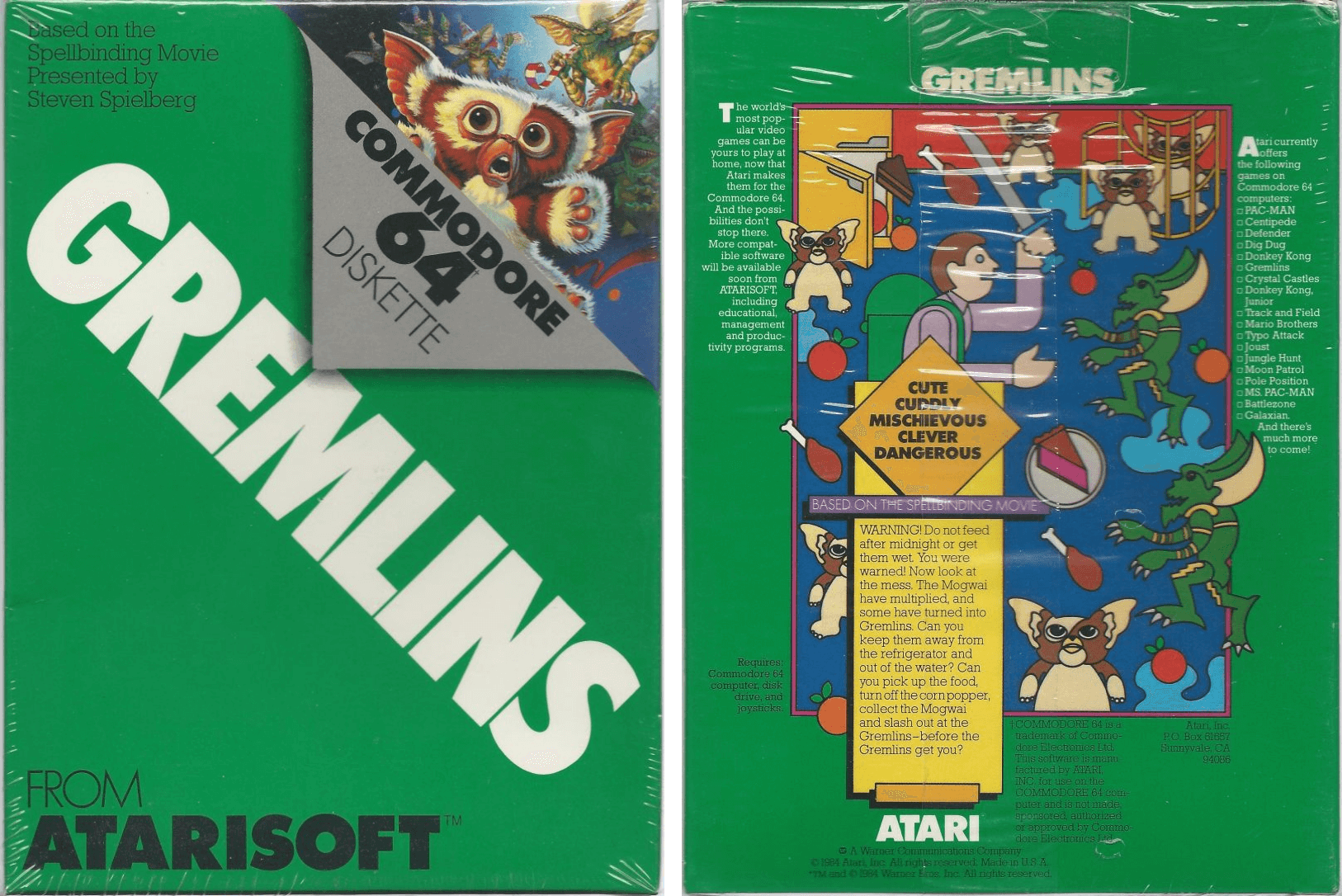 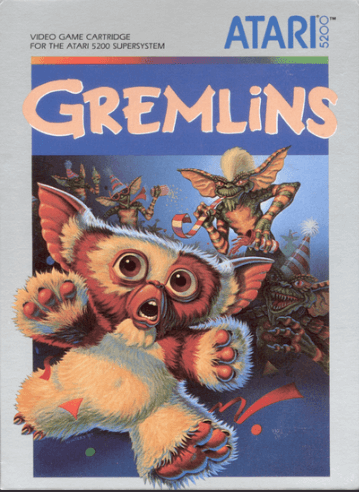