Gauntlet is a fantasy-themed hack and slash 1985 arcade game by Atari Games. Released in October 1985, Atari ultimately sold a total of 7,848 Gauntlet video game arcade cabinets. It is noted as being one of the first multi-player dungeon crawl arcade games. 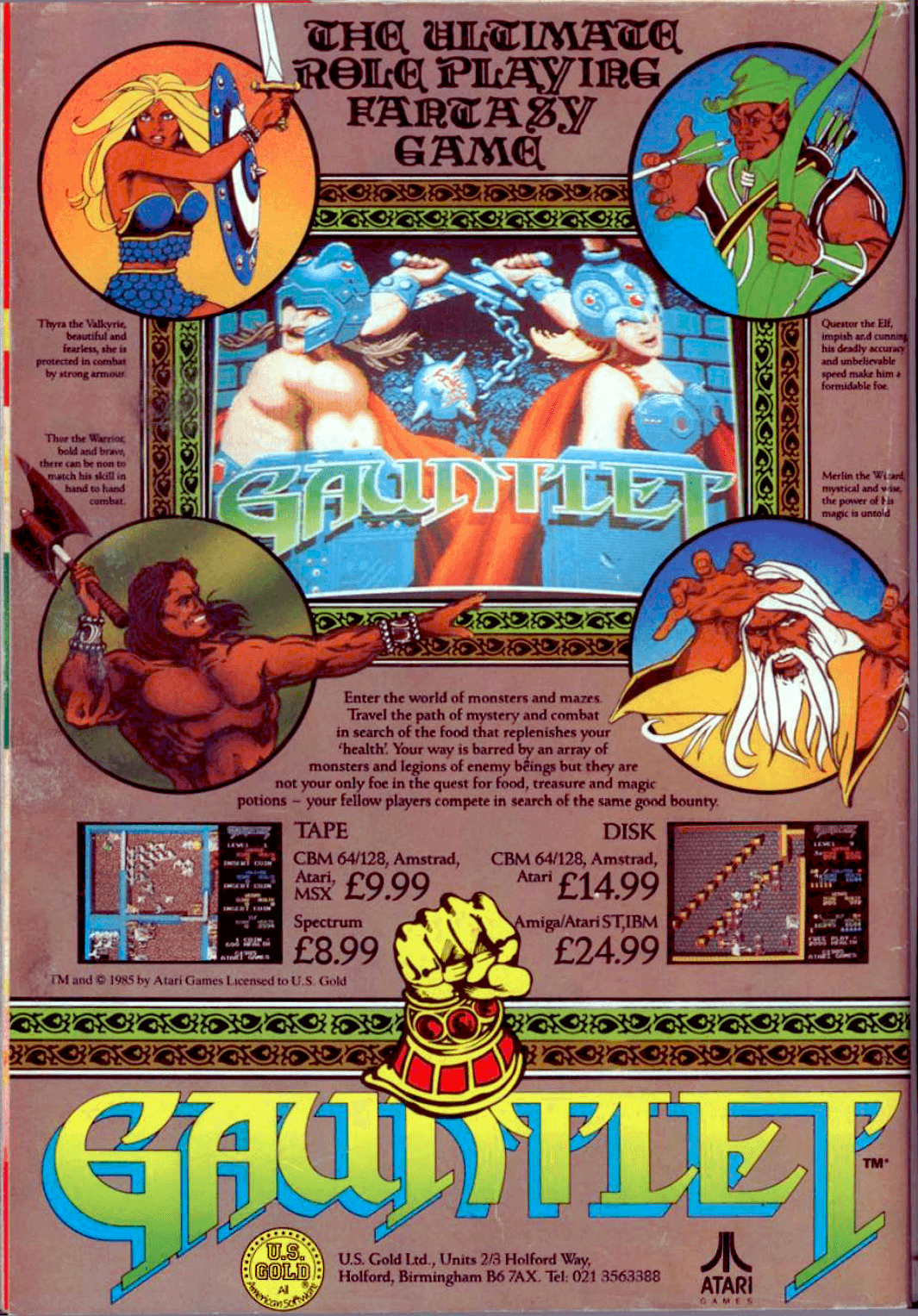 Originally called Dungeons, the game was conceived by Atari game designer Ed Logg. He claimed inspiration from his son's interest in the paper-based game Dungeons & Dragons and from his own interest in 1983's Atari 800 home computer game Dandy. The game's development spanned from 1983 to 1985, with a team being led by designers Ed Logg and Roger Zeigler. The working title became legally unavailable in April 1985, so it was renamed Gauntlet in May. Based upon some of the most elaborate hardware design in Atari's history to date, it is the company's first coin-operated game that features a voice synthesizer chip. 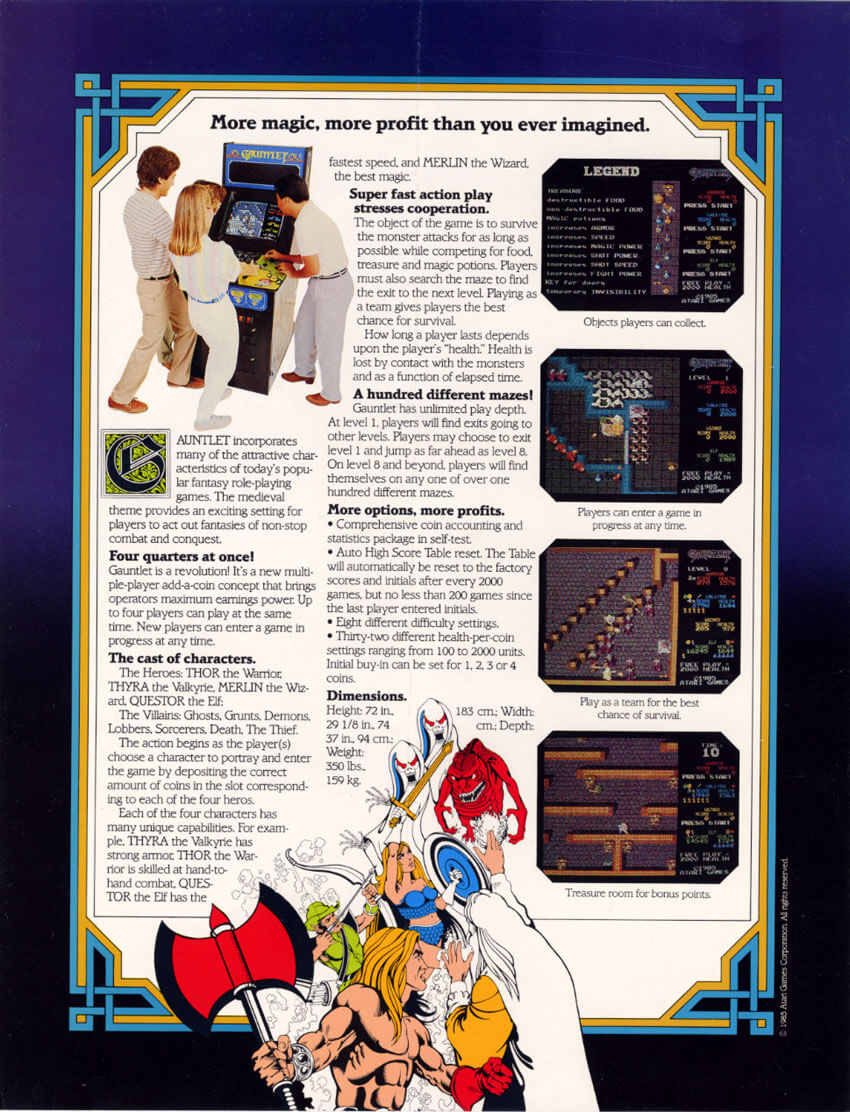 Controversy arose after the release of the game in the arcade and its subsequent port to the Nintendo Entertainment System. Ed Logg, the co-creator of Asteroids and Centipede, is credited for Original Game Design of Gauntlet in the arcade version, as well as the 1987 NES release version. After its release, John Palevich threatened a lawsuit, asserting that the original concept for the game was from Dandy, a game for the Atari 8-bit family written by Palevich and published in 1983. The conflict was settled without any suit being filed, with Atari Games doing business as Tengen allegedly awarding Palevich a Gauntlet game machine. While he is credited as "special thanks" through 1986, Logg is entirely removed from credits on later releases and as of 2007 Logg claims no involvement with the NES game. Dandy was later reworked by Atari Corporation and published for the Atari 2600, Atari 7800 and Atari 8-bit family as Dark Chambers in 1988. 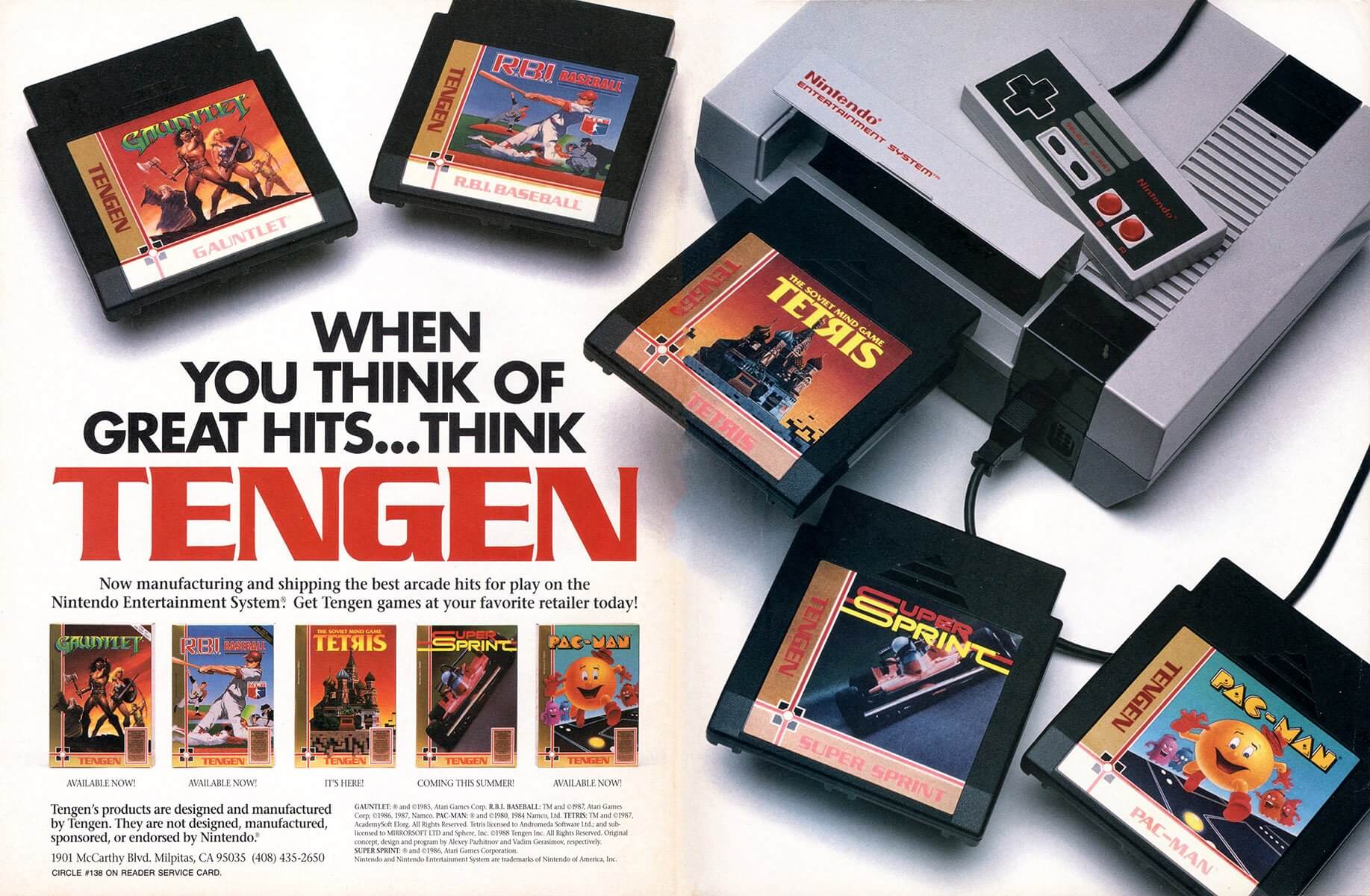 An emulated instance of the original Gauntlet arcade series is included in Midway Arcade Treasures (2003), a compilation of arcade games available for the Nintendo GameCube, PlayStation 2, Xbox, and Windows. For some platforms, only Gauntlet II is included, since it is considered to be more advanced than the original.

In 1990, the original Game Boy received a version of Gauntlet II. 16-bit conversions (Atari ST and Genesis) have similar sound and graphics as the original game, and retain the four-player mode. Lesser machines only allow a maximum of two players. A port of Gauntlet is playable in Lego Dimensions, and the Thief enemy appears as one of the bosses in the story mode.

On September 23, 2014, Arrowhead Game Studios released a remake exclusively for Windows under the same title, though it also includes an unregistered trademark symbol: Gauntlet™.