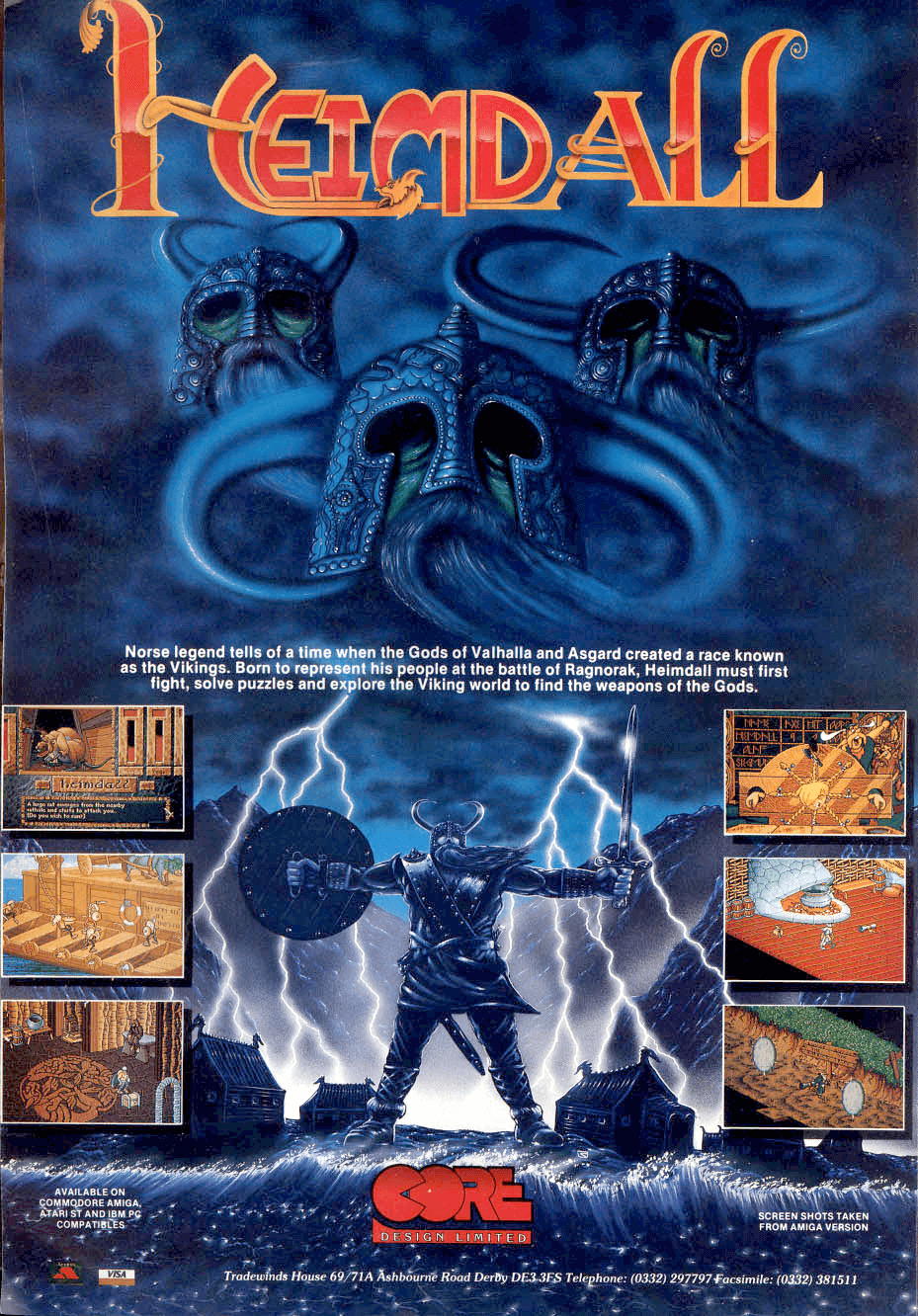 Description
You play as Heimdall, a demi-god based in Norse mythology. Heimdall's job is to protect the entrance to Asgard, the home of the gods, from all evil, including the terrible Ragnarok, when all the evil forces come together to try and destroy the gods and ultimately everything. Unfortunately Ragnarok is on its way and if that wasn't bad enough, Loki, god of mischief, has hidden Thor's hammer, Odin's sword and Frey's spear in three lands: the land of men (Midgard), the land of giants (Utgard) and the land of the gods (Asgard). You, as the newly mortalized Heimdall, must visit each of these lands to collect the god's weapons. Each land has around 15 islands and each island has countless rooms.

When you start your mission you are given three sub-games to complete. How well you complete these games determines Heimdall's stats (strength, agility etc) as well as how many people he can choose from to make up his party. If you don't do well then you won't get the full 30 characters to choose from and some of the better ones will not be available to you.

The first sub-game is the Axe Throwing Contest. Here you must throw axes at a young barmaid tied to a stock by her pig-tails. The idea is to hit the pig-tails and not her! Unfortunately because Heimdall is a bit drunk, your cursor wobbles all over the place! The second sub-game is Pig Catching (where you must chase and hopefully catch a pig in its pen) and the third is the Long Boat Fight (where you must try and get to the other side of the long boat without being thrown overboard).

Once you've done this it's time to wander around the isometric landscape solving puzzles and killing baddies (in a similar style to Cadaver) until you eventually find one of the god's missing weapons.

Development
An alternate "bloody" version of the first sub-game (the axe-throwing) was originally programmed, but changed before game's release for obvious reasons.

Amiga compatibility issue
Like most Amiga games released by Core Design before the Amiga 1200, Heimdall was not compatible with it, or with any other Amiga running a faster processor than the standard 68000. Usually when older games were reissued on budget after the A1200 they were altered to be compatible with it, however Heimdall was not - the budget version states on the box "Compatible with A500 and A600 only" (ironically this doesn't mention that the game needs at least 1 Megabyte, or that it also works on the A500+ and other 68000-based Amigas).

Heimdall and its sequel were among the few games Core published which were developed by other companies, which may explain why it wasn't fixed.

Extras
The manual includes a short (and humorous) comic which introduces the story.

Sequel
A sequel to the game, entitled Heimdall 2, was developed by the same group and released three years later in 1994. 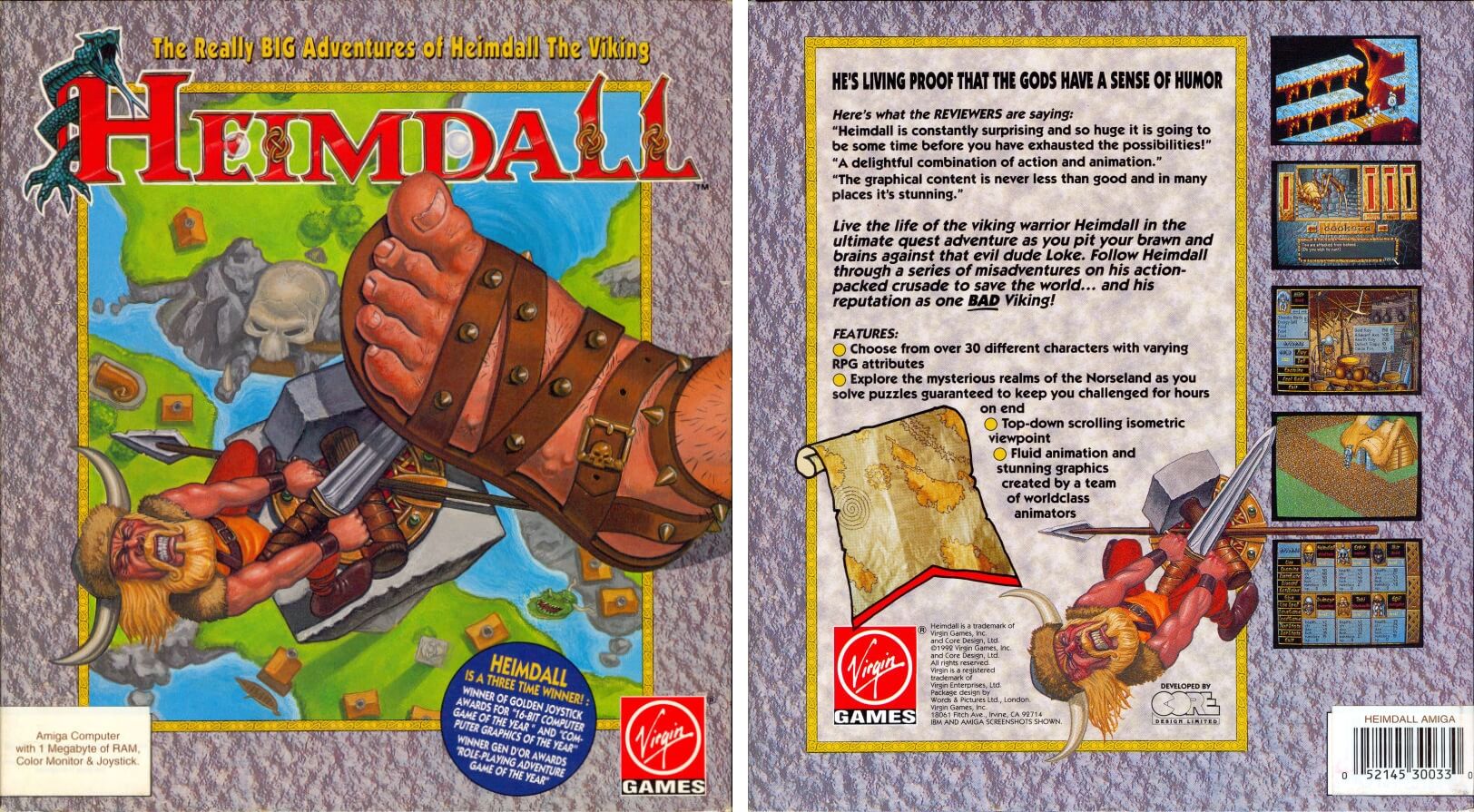